Took the dog out for a walk this morning across the road from my house on some city property. They put a nice concrete path in, have plenty of garbage cans, etc.

Well, noticed this tool, dumping his yard waste, combined with a bunch of brake cleaner cans, beer cans, and other stuff. 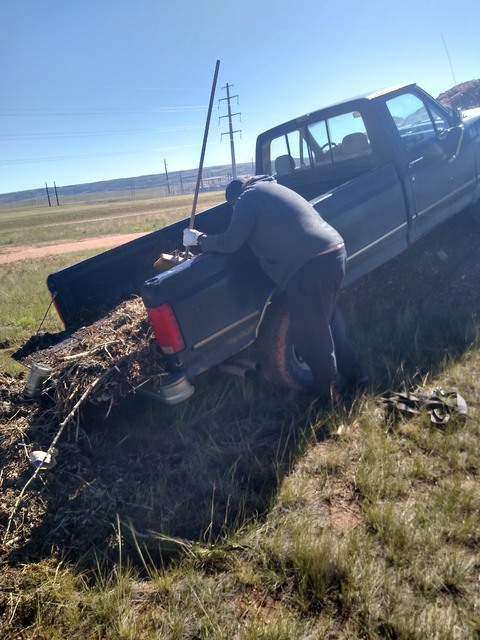 So, I asked him if he planned to at least pick the litter out of the trash he was illegally dumping on city property. He immediately got all pissed off, told me to mind my own fu*(ing business and walks over and gets in my face. Luckily for him, I had the dog with and didn't want to let her off the leash. He gave me a shove, which, if I wouldn't have had the dog, I would have smashed his nose like a pancake, was pretty obvious he's no fighter...just a fat tub of lard. Instead I just brushed by him and walked over and took a few pictures of pigman littering and of his plate and called the cops.

I filed the formal complaint and he will now be the proud recipient of 2 tickets, one for littering ($750, and one for driving with expired plates, probably another $250).

Probably beats a trip to the ER with a broken nose, but would have been a lot easier/cheaper to drive another 2 miles out to the city dump.

I get so sick of pigs...and every once in while they get what they have coming. 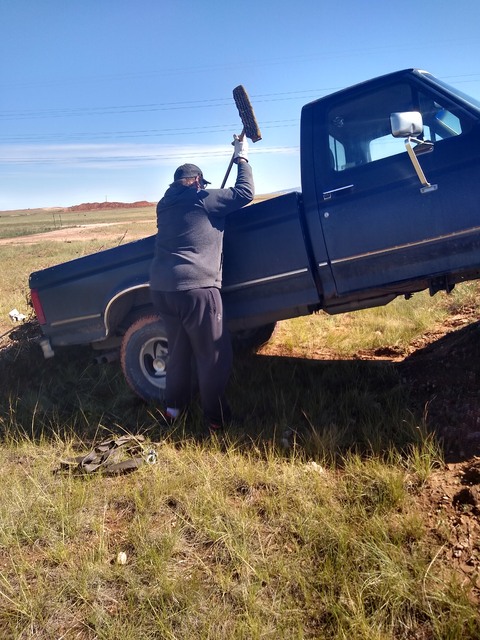 Have to like cellphones and cameras though, makes the cops work a whole lot easier. 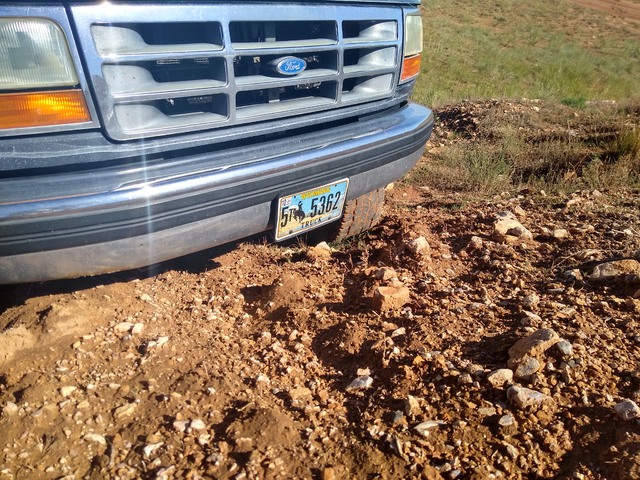 It's astounding how many people dump trash in public spaces. At least one of them will be held accountable.

Good work! What a dumbazz !

Glad you got him, I hate those kinds of people.

To be fair, the landfill is a whole 3 miles away.


Good job getting him what he deserves
C

Glad somebody stopped him...or at least busted him. Hopefully in addition to the fines he has to clean up his mess!

Are going to have the task force look into that also?

Yep. Smart phones can make a difference. There's a nice piece of block management property too close to Havre that gets abused almost on a daily basis. Driving on closed roads is the worst offense. I caught some local douche bag driving his clunker in there last year, photographed his vehicle and plate as the jerk arrogantly drove by me. I would have closed the gate where I had just parked but he gunned it and no doubt would have driven right through it. Or maybe it would degenerate into a shootout. Obviously a real bum who from his scabby face I would bet my paycheck was a meth head. That town is FULL of them. I phoned it in (BM tech's number is in my phone) and texted the photos. Took a couple of days but they busted him. I have been told it's a $400 fine but I bet they got nothing out of this loser. Same with the original poster's slob. Hopefully they at least impound his vehicle. I would gladly have returned to Montana for a court date but it never came to that.

No American should have to drive 3 more miles on $5 gas and pay $10 to dump trash in the landfill. You just ruined his red blooded 4th of July weekend.

Good job making the call!
B

treedagain said:
Are going to have the task force look into that also?
Click to expand...

No, they would probably find a way to make it worse.
H

I love doing this to "pigs that give humans a bad name" or is it the other way around.
The bonus points are when they have W&W out.

Ford with a dump bed, cool. Dog saved ya an assault charge, but good job on the last word.

What an ahole, the dump is literally right down the road from there.
B

noharleyyet said:
Ford with a dump bed, cool. Dog saved ya an assault charge, but good job on the last word.
Click to expand...

Don't think so, you lay hands on me first, you better be prepared to get your nose pushed through the back of your skull.

Some people are the absolute worst. Good work catching and reporting this loser.

BuzzH said:
Don't think so, you lay hands on me first, you better be prepared to get your nose pushed through the back of your skull.
Click to expand...

You did the right thing Buzz...no winners in an altercation anymore. I'd wager Bubba had a weapon in that F150.

I do get it and good on you for the restraint.
You must log in or register to reply here.

What is the dumbest thing that someone has ever asked/said while you were hunting?
5 6 7