Ok I get that it's six degrees of separation but when you see a bull this big you have to share. My brother didn't know many details but thought it was taken in Utah or Colorado earlier this week. Amy guesses on the score?

Is there a picture attached?
L

Haha there was. I am on my phone and will post a picture when I get home.
L 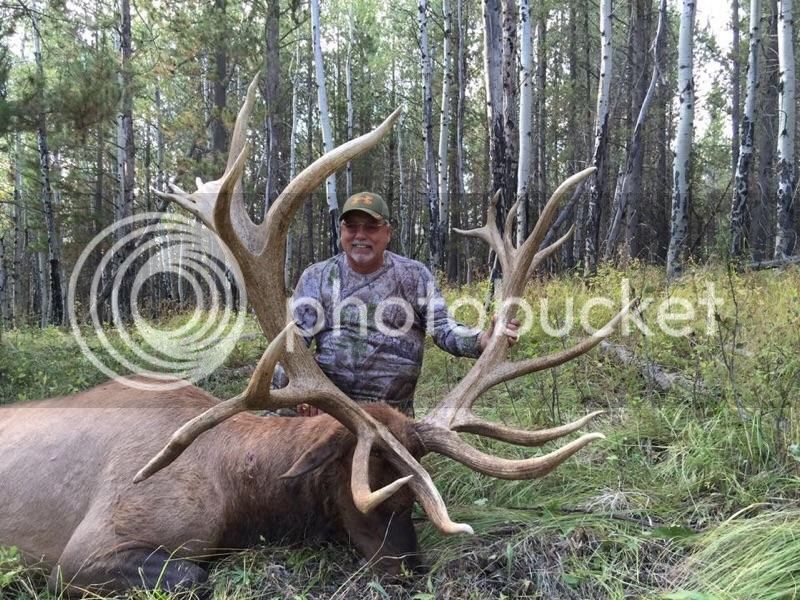 Holy crap! That's one heck of a bull, the uniqueness of the rack is awesome.
K

that is ugly but bloody impressive all the same
S

I bet by just looking at the genetic formation of those antlers that it is a South CO. I would say NM but I dont think the season is open yet there is it?

I would venture to guess, there is no closed season...
M

Bambistew said:
I would venture to guess, there is no closed season...
Click to expand...

Wish it was mine. Great looker.
D

Holy crap was my first thought too!! Wowzers

Looks like a bullet hole in the neck....are there rifle hunts going

Bambistew said:
I would venture to guess, there is no closed season...
Click to expand...

nice bull, interesting posts on where it was harvested

MY 1st thoughts as well.


Congrats to the guy if it really is a free ranging animal though...

A few years ago a couple nearby guys went to Idaho on a Thursday and came back Monday with some nice fat non-typical bulls. They were pretty proud and their co workers showed me the pics. I pointed out a few facts about the picture, timeline, clothes they were wearing etc and told them to ask for the ranch name they hunted on. They didn't brag about their elk much after that to any knowledgable elk hunters.

If I offered someone a $100 bet, giving them 1:3 odds, that this bull is from a domestic penned operation, would they take those odds?

We will probably never know until the pic shows up on a website of one of the operations, but if you look at all these penned operators, they have almost started to self-identify their bulls as penned bulls due to their preference of expressing non-typical craziness in their breeding preferences. Not saying such traits don't exist in wild elk, but this bull sure has the look of those crowned out tops so common in penned operations. I know of no state that has a rifle season open right now that would account for the bullet hole in the neck and the sleek coat and fatness of that bull make him look very much like he's been loafing in the feedlot all summer.

If I'm wrong my apologies and congrats to the guy in the pic. It is unfortunate that the elk world of ID, UT, and CO are starting to be tainted with the bias we see in the whitetail world where every crazy big critter that pops up is first doubted to be a wild animal due to the proliferation of these shooting operations. Too bad for those bucks/bulls that are truly wild animals.

When I was in CO a few years ago, I saw a group of huge bulls across the canyon. I knew something was afoul, given this was an OTC unit. As I glassed, I started seeing a very tall fence with signs. Getting closer, the elk all had orange ear tags. A few afternoons later I was a horse trailer with four of these bulls being hauled down the mountain. I asked a guy who lived nearby, what the deal was. He was familiar with the operation and told me they were hauling these bulls down to the pastures where they would get shot.
B

I agree, That you have the huevos (balls) to say it, simply adimire!
You must log in or register to reply here.

N
Hunting With My Brother, Thanks to Hank