Cubs are the Champs!

It was a fun season of 2nd grade coach pitch with a great group of boys. Interestingly enough 6 of our players are 1st graders (including my son) who played up a year. They just didn't know how to lose. The semi-final game on Tuesday was a great example. Bottom of the 6th (last inning) two out and down by 4. They rip off 5 consecutive hits to win the game. Good times. 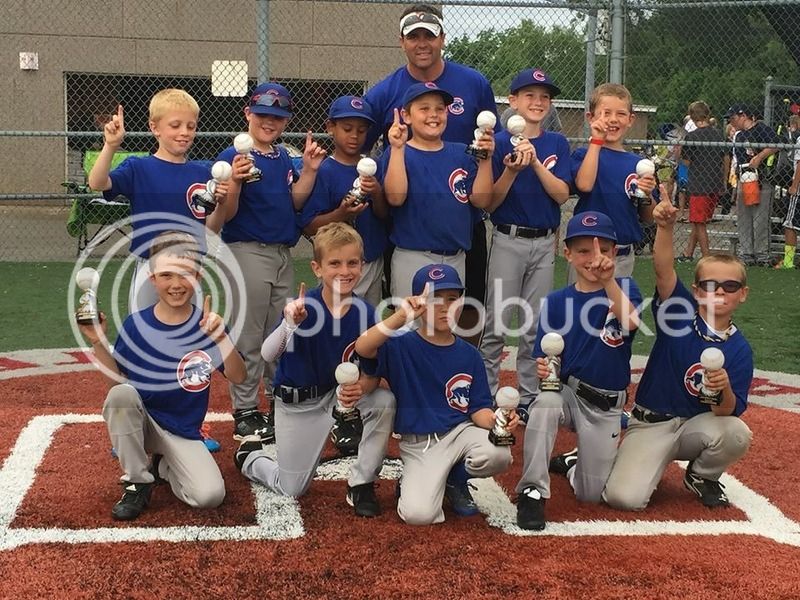 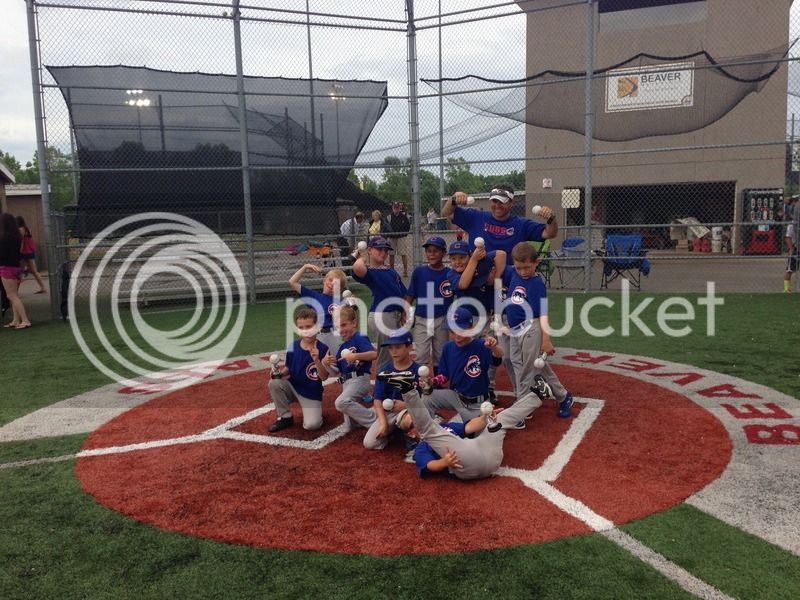 One of the few times in my life I'll ever gladly wear a Cubs hat! 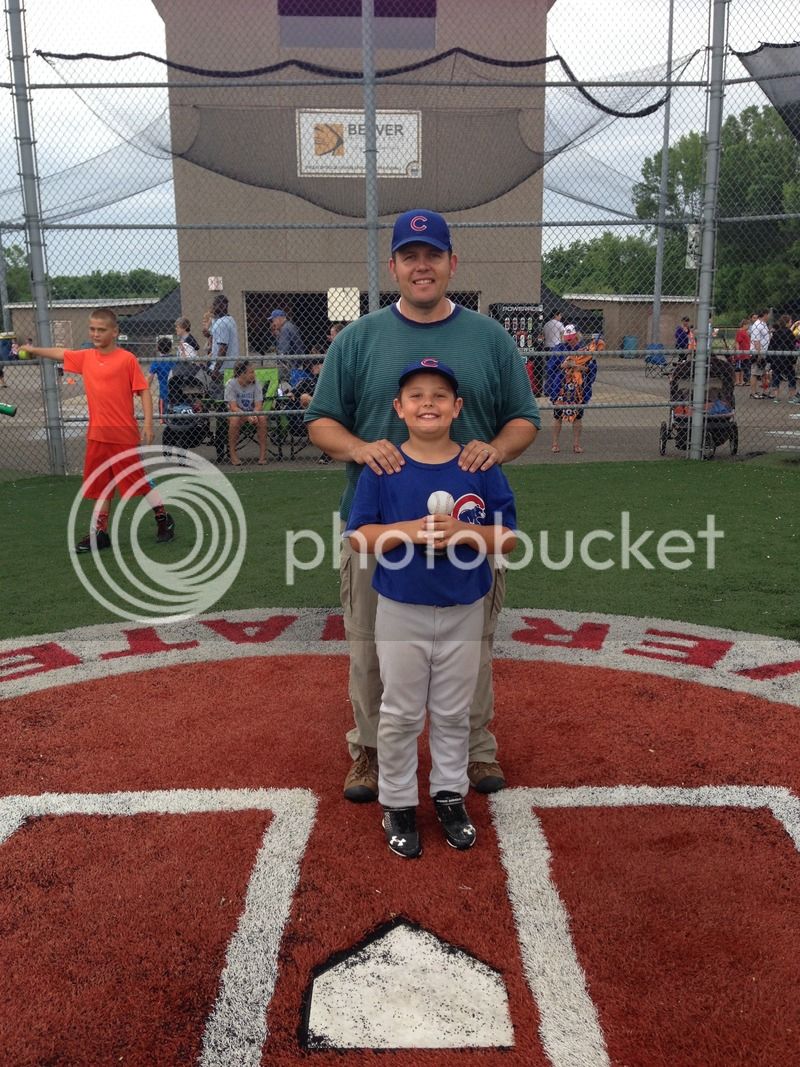 Thought about adding this to the Summer Pictures thread, but wanted to make sure it got it's due. Growing up I spent many a day/night at the ballpark playing baseball. I would never have guessed that helping coach your kids is A) more fun and B) more stressful that it was playing the game!

Just wish my Dad would've gotten the chance to see my sons play. Baseball was by far his favorite sport and the one he was best at. My oldest (above) throws right and hits left...just like his Grandpa Rick did.

Congrats to your son!!!

Enjoy it, because time flies. I sure do miss those days.

The funnest times of my life were coaching my son in baseball. Enjoy it to it's fullest! John

Good stuff pointer......puts my mind in the wayback machine.

An illustration of the true value baseball provides us.

Very cool, congrats to the both of you

Growing up the only channels I could get to watch baseball were WGN and TBS. The Cubs and Braves are still my teams even though I couldn't tell you one person on either roster today. Never thought I'd see the cubs win a championship in my lifetime. Thanks for making it a reality!

Amazing how much funner it is to watch/coach your kids than to do much of anything else. I left a couple pretty good western Wyoming bucks on the mountain last year so I could be out in time to watch my girl's volleyball game. Strange times indeed!!
Congrats again.
-Cade

Looks like a group of real ball players you have there, congrats to those young fellas.

Congrats to you and your son. My sons team is 12-0 and starts playoff this weekend. Looking forward to watching the end of minors unfold for him. I'm with you on the coaching thing. Fun and stressful all in one.

Glad he and his team were able to keep up a successful season!
1

Thanks for the kudos guys! I know it's not typical HT fodder, but I have a hard time not bragging up my kids accomplishments.

Now on to more travel baseball and we pick up his football equipment on Saturday.
Last edited: Jun 18, 2015

I know it's not typical HT fodder,
Click to expand...

...a welcome respite my friend.
S

I bet Harry Caray's spinning in his grave.
Congrats to your son.
You must log in or register to reply here.