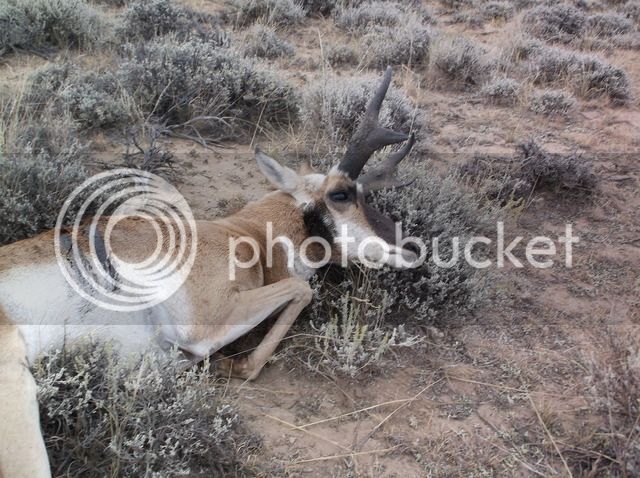 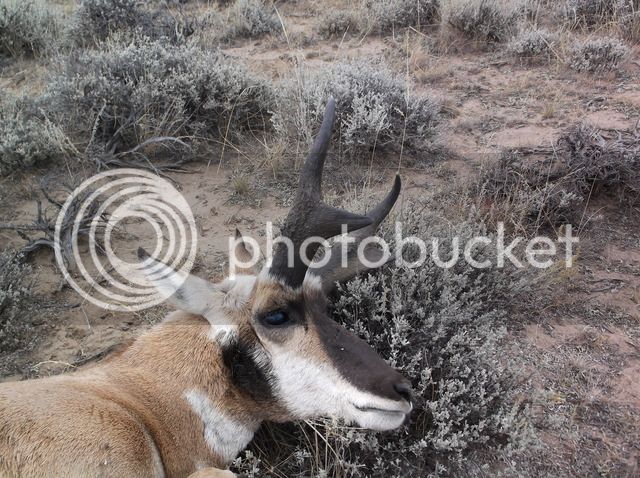 After several years of preference points, I finally drew a quality area for antelope. This unit has quality, but not much for quantity. We scouted for several days before season and saw one buck in an unapproachable place five miles away that was a definite contender for B&C.

I hunted for several very hot days and passed on several bucks that were larger than this one that I ended up shooting. I saw this buck and started looking at him at 300 yards. It was in high sage brush and as I looked at him, it seemed that he was a very good buck. He started to move and I had to make a decision, so the 140 Accubond was on its way.

It took me about 30 minutes to find him in the thick sage and as I approached him, I realized that he was not as good as I first thought. However, I noticed something else at that point. As is visible in the picture, he had a bunch of dried blood down his side. Someone else had obviously shot him across the back and had the shot been a tiny bit lower, he would have been in someone else's truck.

At that point, I knew why I had to shoot that buck. God works in strange ways sometimes and I had no reason to be in a particular hurry to shoot a buck. That buck needed to be killed and I obviously was suppose to do it.

The Ab performed flawlessly, blowing out the heart, passing through the right, front knee and coming to rest under the hide. It was neat to get the bullet back. It was shot at 300 yards, at 3100 fps from a 7 mag.

As usual, he is fantastic eating, too.

This is probably my last trophy hunt, as the horns don't mean much to me anymore and I am tired of the preference point thing. It will be does and cows for me from here on in Wyoming. It still gives me a reason to go visit family!

Maybe not b&c but still a pretty darn good buck!

Nice buck. Congrats. Antelope amaze me for how tough they are, but are seemingly so delicate.
S 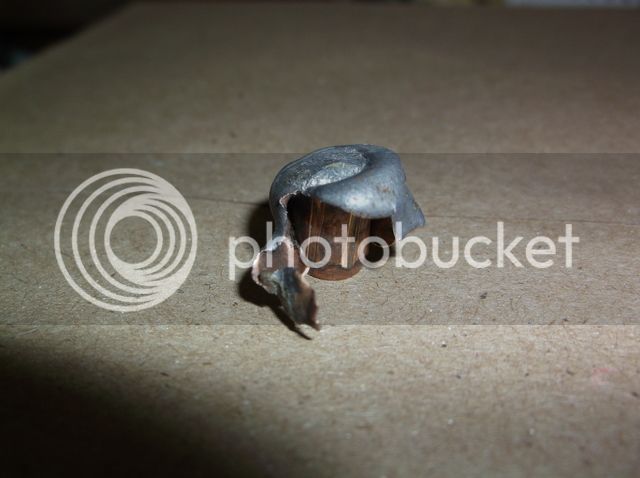 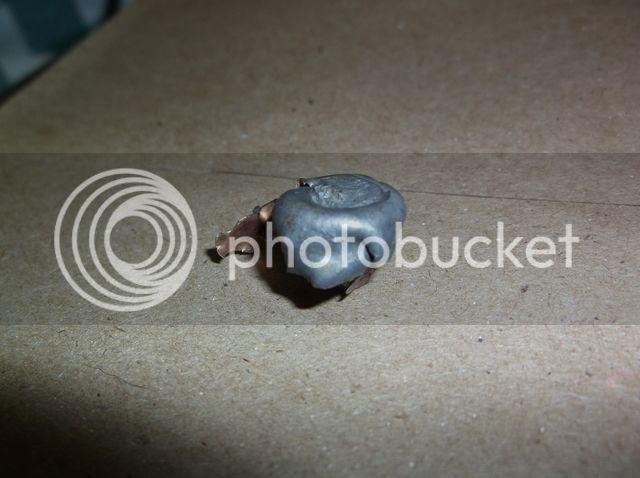 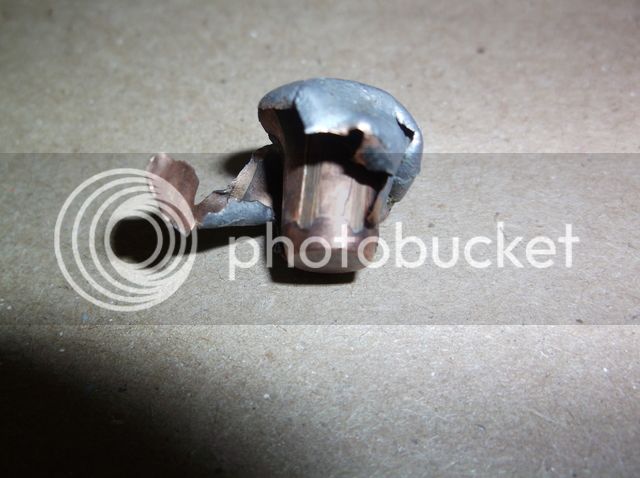 Here is the Ab for those that appreciate good bullet performance. Weighs 92 grains.
Last edited: Sep 12, 2015

Sorry for your missed chance at a trophy, But nice to see you know it was Gods choice. (you can't eat horns anyway)

Congratulations on a great buck!

nice lope and bullet! it doesn't have to be a BC buck to make it a GREAT hunt!!! Congrats

Nice buck. I hope I may do as well as you.
S

Thanks for the good comments. The only problem with pulling the trigger, is that the hunt is over! I spent a couple days hunting cow elk after my antelope was done, but it was too hot and too early for them to be in the part of the unit that was open. The only encounter that I had was with a rattlesnake, so I determined that I would wait and go back in November for that part of my fall adventure.

Good looking buck. Thanks for sharing.
You must log in or register to reply here.