There is grazing and then there is Dust Bowl grazing.

For anyone who has hunted arid lands that have been over grazed by sheep, you know that you may never again see ground that does not show the damage. When you take vegetation down to the root, it may take decades to recover.

And now, once again the robber barons who pull the strings of the Trump administration's Interior Department, want to return us to the apocalypse that was the Dust Bowl era.

There was a good write up in Salon on this subject:

Trump's Bureau of Land Management, now run by attorney William Perry Pendley, wants to take our nation back to the 1930s Dust Bowl.

That was when ranchers lorded over public land and their cattle grazed away the natural vegetation, destroying topsoil.

The bureau has scheduled meetings this month in Montana, Nevada, New Mexico and Wyoming about "updating and modernizing regulations" and "improving permitting efficiency."

The bureau administers almost 18,000 permits and leases for livestock, mostly cattle and sheep, grazing on 155 million acres of public land in the western United States.

Cattle, unlike bison, evolved in northern Europe where rain is plentiful. They are basically unsuited to the Dry West where sagebrush is sometimes the most common plant. Cattle like to gather in or near streams where they wallow in the water and manure.

Cattle have helped transform deep, narrow streams of the west into wider, warmer streams where silt smothers trout eggs and salmon eggs. Bacteria from the cows' manure can make the streams dangerous or even fatal for anglers or children who contract E. coli poisoning. The state of Wyoming downgraded 76% of its streams to "secondary contact" levels of monitoring to artificially reduce the number of Clean Wates Act violations.

Livestock also spread invasive weeds such as cheatgrass which grows for a few weeks and then becomes tinder-dry, making fires more frequent. The weed was brought to the United States by ships between 1850 and the late 1890s and spread along railway lines.

President Franklin Roosevelt signed the first law about grazing on public land, the Taylor Grazing Act, in 1935. The act, named for Colorado politician Edward Taylor, set up a grazing bureau in the Interior Department.

Norton, an attorney who previously worked at the Mountain States Legal Foundation, put together a wish list for ranchers. It would have even made it easier for ranchers convicted of environmental crimes to get grazing permits.

Federal judges threw out Norton's regulations, but now Pendley and team Trump are trying again to destroy our public lands.

Do not stand for this wanton destruction of OUR public lands by the Trump administration.

Make your calls to your Congressional leaders, give money to the cause and above all VOTE THE BUMS OUT IN NOVEMBER!

And Only Our Rivers Run Free……

Oh good, Mark’s back. I was just thinking I should post the Thai venison curry I made tonight. Asian isn’t in my typical go-to repertoire, but it turned out damn good!

Simple one, Elk tacos/tostadas , 2 lbs brown ground elk, 1 onion, a couple puréed chipotle chili’s, 2 packs lowrys taco mix. Make it about a hour before your ready to eat and let it sit on the burner lowest setting stirring occasionally, when your ready to eat heat up some oil and fry up some corn tortillas in to taco shells and tostadas, add the meat, top with all the fixings and don’t forget tapatio.

It's hard to have any credibility in an article when the author quotes people from Western Watersheds . With that said, hopefully there is more a balance that is struck in the up upcoming meetings to guide future policy.

I feel confident that the Nevada Department of Wildife will have players present to comment on what habitat should look like for the wildlife in Nevada. Ultimately alot of local grazing, mining, oil and gas issues could be solved if current regulations were adhered to.

Went with a lazy night go to; elk chorizo, polenta, and brussels sprouts

Sunday = leftovers. A little risotto and some merguez sausage with a salad.

Eh, I made a YouTube video of modifications I made to a high dollar, Harbor Freight 30" Bending Brake... It's for my new endeavor to lighten my new collapsible wall tent stove by bending the edges 1" vs bordering everything w/ angle iron. So far, it's working great!


Sorry, not a great recipe though... My project.

Chicken Jalapeno Popper soup for us tonight. There won't be any leftovers, unfortunately. 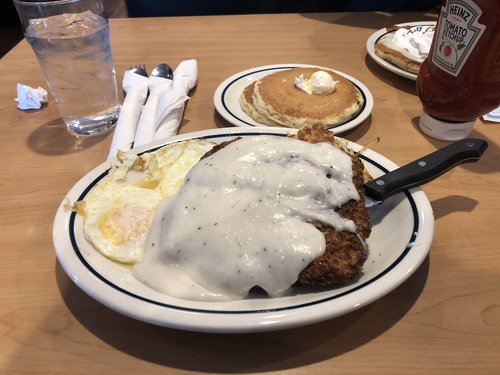 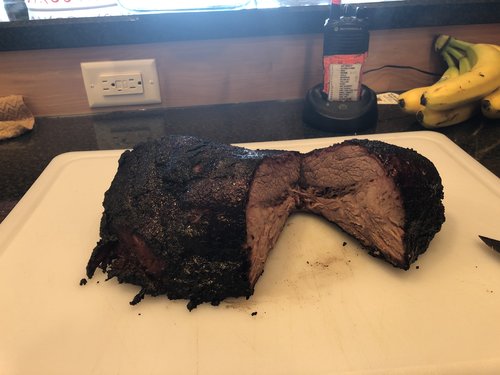 Where’s a good stay sharp tutorial when you need it.

Spent the morning prepping 40lbs of moose jerky. That should keep the family fed for a month or two.

Today the wife made a great stew from the last of my son's bighorn sheep. Last night was elk fajitas.

Went to my wife’s family’s reunion and ate so much mid-day that I skipped dinner.
B

Had lasagna made with venison burger.