Sorry for your loss. Your Yukon plan sounds like a grand tribute to him.
S

So sorry for loss. Prayers up for your family.
S

Celebrating his life, and his effect on you growing up. Thanks for sharing the good times. His struggle with the brain disease and maintaining a positive outlook on life is commendable.
J

MS is a terrible disease. I’m sorry you lost your dad Elkfever2, he sounds like he was a great father and outdoorsman.

Sorry for your loss. Thoughts and prayers to you and your family.

This is the only hunting picture I have of the two of us. Starting around age 8-9 I would sit with him in the deer blind and we would talk real quiet to pass the time, hoping a deer might show up. These are some of my all-time favorite memories. '95 and '96 were hard winters up on "da range" in northern MN, and deer sightings were few and far between. Opening morning in '97 my dad's twin brother shot his first buck. We fanned out to look for it and I found blood, and soon the dead animal. This was the first buck I had ever seen killed by a hunter. We were all really excited and spent the rest of the weekend celebrating. 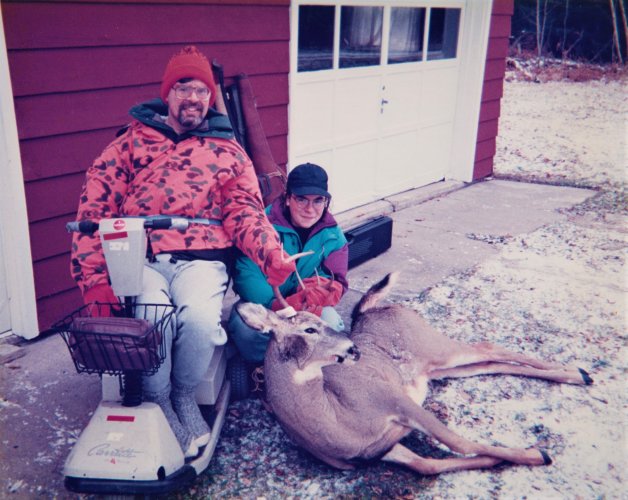 Dad would join us for three more seasons until his disability became so severe that he couldn't make it out any more. He never killed a deer in his lifetime, but that wasn't too important to him. Time spent with family and friends enjoying public land in the northwoods was a priceless treasure.

Sorry for your loss @ElkFever2, I understand completely and know that both time eventually heals and you will cherish those memories forever.

Condolences to you and yours. Great memory and photo.

Great picture, sorry to hear about your Dad!

kansasdad said:
Celebrating his life, and his effect on you growing up. Thanks for sharing the good times. His struggle with the brain disease and maintaining a positive outlook on life is commendable.
Click to expand...

Thanks for sharing. Saddened for your loss.

My uncle gave me this photo the other day, from '99. It was warm on the opener and I think we got skunked. 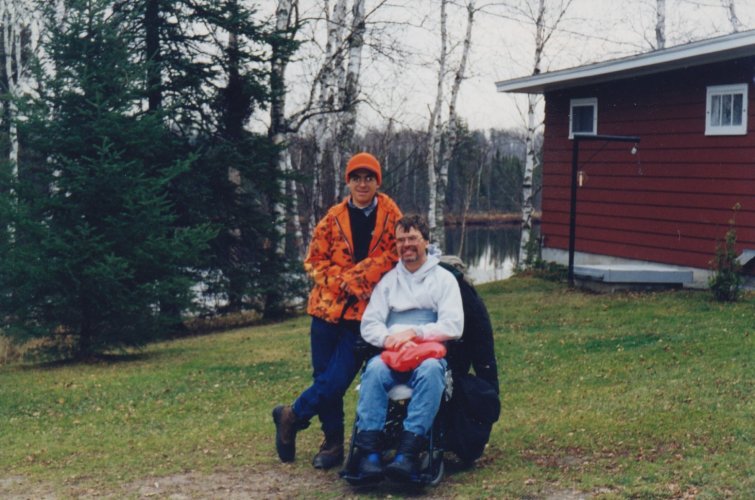 Must have been warm the grass is still green. Either way it looks like the both of you are having fun.
You must log in or register to reply here.