With their first Wyoming big game season already a tremendous success, taking buck antelope, mule deer bucks and Carter's whitetail, it was now time to take on elk. While I was hunting mule deer with Carter, my son-in-law Sean had taken Shane out looking for a bull elk. After the first four days of the season turned out eventless, they returned the following weekend to find a small group of bulls and Shane was able to make a great shot on the best in the group.

Carter's season opened two weeks after Shane's and with Shane having his bull, he joined us for Carter's hunt. We hunted hard in tough conditions for two days and just couldn't get a bull in front of Carter. The third day the boys and I took the morning off to regroup and headed out to a different spot for the afternoon. It turned out to be an afternoon I will never forget. We got in deep on some BLM accessed by some state land and found some elk feeding on a hillside below us. We crawled out to the edge and Carter made a great shot with his 270Win to end the hunt. We quartered the elk, packed out backstraps and tenderloins in the dark and didn't make it home until 10pm. Even with the tough going in the dark there wasn't a single complaint from the boys. It is truly a blessing to be a part of these two becoming hunters. 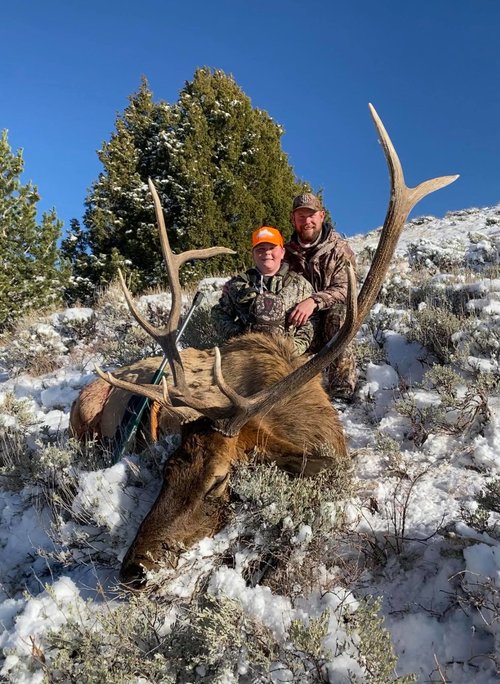 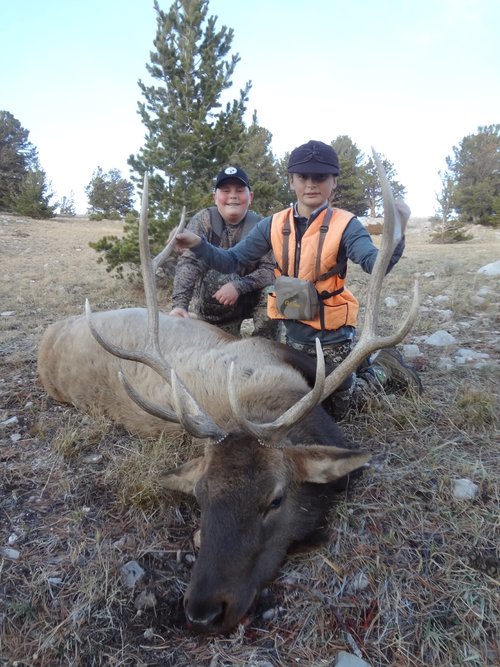 Grats! That's one heck of a start... Bet they will have some great stories (and memories)!

Those are some great looking elk! Congratulations!

Those boys have had a season most men only dream about! Congrats to all involved!

Super season indeed! It helps to have a super guide to show them the way. Congratulations to all.

Awesome!! Congrats to both of them.

That's great. Thanks for helping pass on the tradition.
E

So awesome - congrats to all involved! Those young men had quite the season!

Like grandfather, like grandson. Great to see a family with such a strong hunting tradition continue the legacy. Congrats to all.
J

That’s a great crew there! Love his passion

Fist bumps to both of your grandsons!

Thats Great...doesn't get any better than that!!

Oh to have been born into the JM77 family...

That is terrific. Congratulations to your grandsons.
You must log in or register to reply here.

Wyoming let me down