After about 28 hours on the road I got into Casper last Thursday night. Drove to my hunting area next morning and started to set up my tent. Wasn't long before I saw my first road hunters. Haha. Got my gear together and waited for them to clear and started glassing. In a couple minutes I found a small group of lopes about a mile away. It took about an hour to get in position and then I waited till they fed closer. I picked out a doe at 150 yards and hit her good. She only went about 20 yards and piled up.
Since I drew a general mule deer tag I also bought a doe tag and picked up a few lope tags too. I've seen a nice 4 pt here the last two years so I figured I'd poke around for a day or so and see if I could find him. I did a lot of glassing and only turned up a bunch of does and a forky. I never saw anyone else on foot. With that I moved camp to Buffalo.

Day 2
I found a draw that I wanted to check out and hadn't gone more than a half mile before catching a glimpse of a deer. It didn't take to long to find and a quick shot had a muley doe down - my first mule deer. I got her broke down and was happy to find I could get the whole deer in my icon pro 3200. After dropping it off at the truck I hunted till late afternoon without seeing anything but a few more does. I moved to another spot about halfway between Buffalo and Gillette with the plan of glassing till dark. I found a good spot and settled in. Soon a few does appeared and I watched them till it was almost time to pack it in. Then I hear something behind me and it took me a minute to figure out it was something running down the little gully behind me. Sure enough a buck popped out about 100 yards away and stopped broadside. I was able to get on him quick and took a shot. He spun and went about 30 yards before tipping over. He's not the biggest out there but for my first mule deer buck I'm very happy with him. It's a little hard to see in the pic but he's a 3x2.

Day 3
After putting in about 11 miles and packing out 2 deer yesterday, I slept in and did some camp chores then went out this afternoon. I'm down to antelope buck and doe now. I decided to check out a piece of state land and found a small group of lopes a mile or so out. Try as I might, I could not find them again. Several miles later I found another group of about 12. By now I was getting short on daylight so I plan to try getting on them at first light.
Sorry about the picture quality but all l have with me is my phone.
More to come ( I hope!)

Can't get pic to load. Getting a 'dimension' error so I'll have to wait till I get to a computer

pics or not, congrats on the deer and good luck on the lopes.

Great job of filling your tags. You always put out the effort to get the job done.

I'm 4 days behind ya. Should hit Newcastle by Fri. Good hunting !! Hope I do as well.

Way to get it done!
Keep up the tag filling and the updates - we can wait for pics.
M

Day 4
So today started off as a comedy of errors. I wanted to get up early and get in on the lopes I put to bed but set my phone for 4:30 pm and not am. Needless to say I slept blissfully until almost 7! I got to the trailhead and the were two trucks and a horse trailer there already. I was going to go elsewhere but figured I'd go in a ways and glass since I was there. Walked in about a half mile and stopped to glass. Apparently the jackrabbit hunkered in the sage brush at my feet took umbrage to me being there. He blasted out of there and shaved a year to two off my life.
Once I could breathe again, I found four lopes bedded about a quarter mile off. I dropped my pack and planned my route to get on them. After about 20 mins, I take a peek and find they were moving fairly briskly right towards where my pack was. I had to sprint back to where I started from and just got set up when they came in to view. A quick scan showed all does. Never one to look a gift horse in the mouth, especially a half mile from the truck I picked one out and bang, flop, another one down.
I got her back to camp, cleaned and on ice. Day was looking up.
I headed out planning to look over some new patches of BLM and the first few were already being hunted. I eventually found a patch of state land and took a walk and saw nothing. Once in the truck I started down the road and the map showed a tiny spec of state ground up ahead. I slowed thinking how funny it would be if there was something on it. I no sooner finished that thought and sure as shit theres a lope walking along about 600 yards from the road. I pulled over, grabbed my gun and binos and put on the shortest stalk I've ever pulled off. I got to a small rise 150 yards from my truck and looked over. There stood a doe about 100 yards away. I looked down to make sure I had chambered a round and when I looked up she was gone. WTH? I knelt up for a better look and apparently there was a small gully there cause out popped a small buck who nailed me instantly. I slowly got prone again and put the crosshairs on him. I was not sure I would shoot but as he is staring at me out comes a bigger one. Not a monster but a shooter for me. I shifted over to him and bang, flop. Down! What a cool end to an interesting day and an awesome hunt. Never in a million years did I expect to tag an antelope buck and 2 does and a mule deer buck and doe in 4 days. Wyoming sure has been generous. My buck deer tag was a second choice draw and the rest of the tags were leftovers.

I got back into 'civilization' on Friday. Pretty uneventful drive back. I did stop a few miles past Kaycee with the intention of raising hell on some praire dogs but they were largely uncooperative and I only got a few.
A few pics from my trip starting with my lope does: 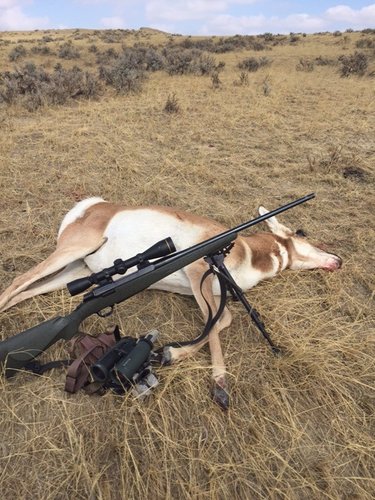 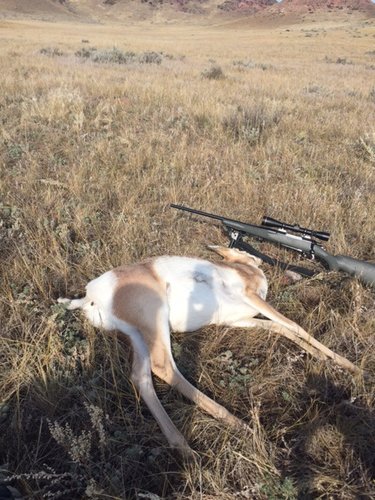 Then the muley doe - as she lay and in the pack 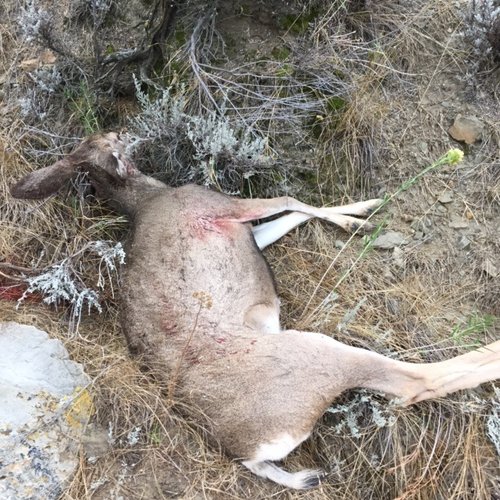 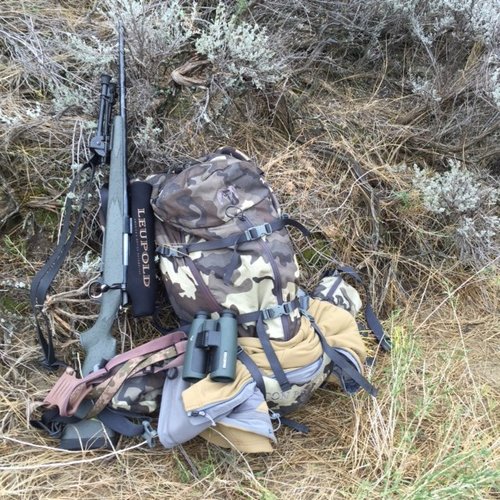 My muley buck. Only a 3x2 but my first one so still happy with him: 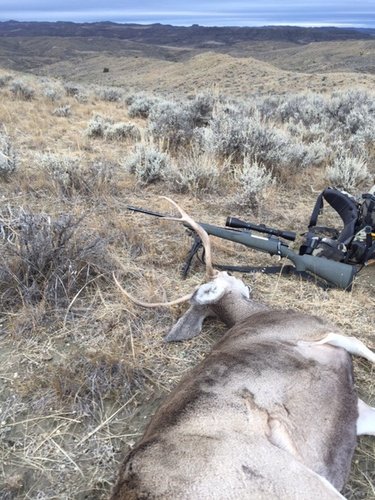 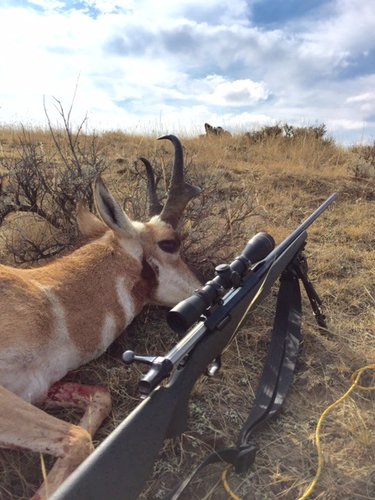 I was fortunate to fill all my tags and relaxed a few hours the last evening: 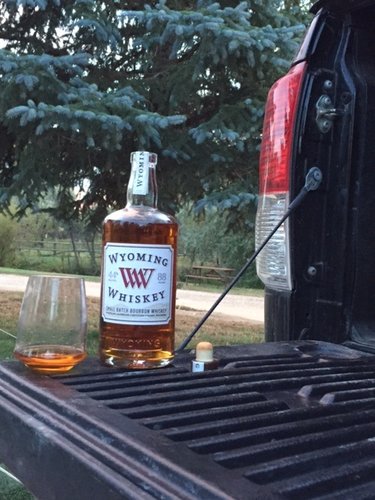 For anyone interested, I was shooting a browning A-bolt 25.06 with VX2 3-9 and 110gr accubonds - a very good combination!

Thumbs up on this one!

Sounds like you had one heck of a hunt! Congrats to you.
R

Great hunt!
You must log in or register to reply here.