Mainer207 said:
Got my first turk yesterday! Small Jake, but I only have two and a half days to hunt in Maine this year before I head back to NY. Called in a big mature Tom but couldn’t get a shot at him this morning.

Another guy out of our camp filled two tags with one shot at a couple 20+lb toms (2nd pic).

One more morning to hopefully fill my second tag!
Click to expand...

congrats! It gets addicting!

teej89 said:
congrats! It gets addicting!
Click to expand...

Thanks! Looking forward to being repeatedly humbled by these winged dinosaurs

My oldest granddaughter and her first turkey, 1 1/8" spurs. She is eight years old. The two grandsons, both eleven, are more seasoned with these birds their 4th each and one a year since they were eight. They made jelly heads out of those two with the 20 gauge called to under 15 yards in two different sets! 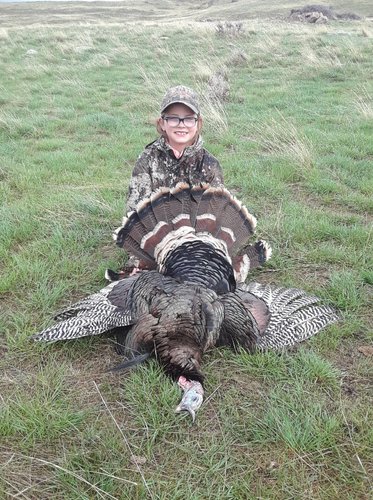 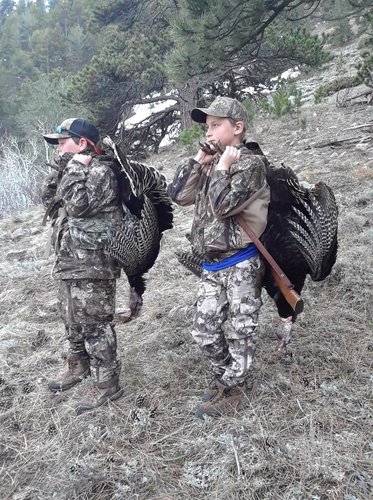 MT Bound said:
Pagosa: You guys got eastern's up that way? Cool, I didn't know that, I've been enjoying chasing the Merriams so much the last few years down this way.
Click to expand...

Yes they are mostly Easterns in the Flathead Valley and they are really doing well. We usually get 2-3 toms each year between me and my boy.

Got my 2.5 yr old daughter out over the weekend. Little more stationary than I typically like but it was a blast to share a blind with her. She was more than ecstatic about the sounds and sights. 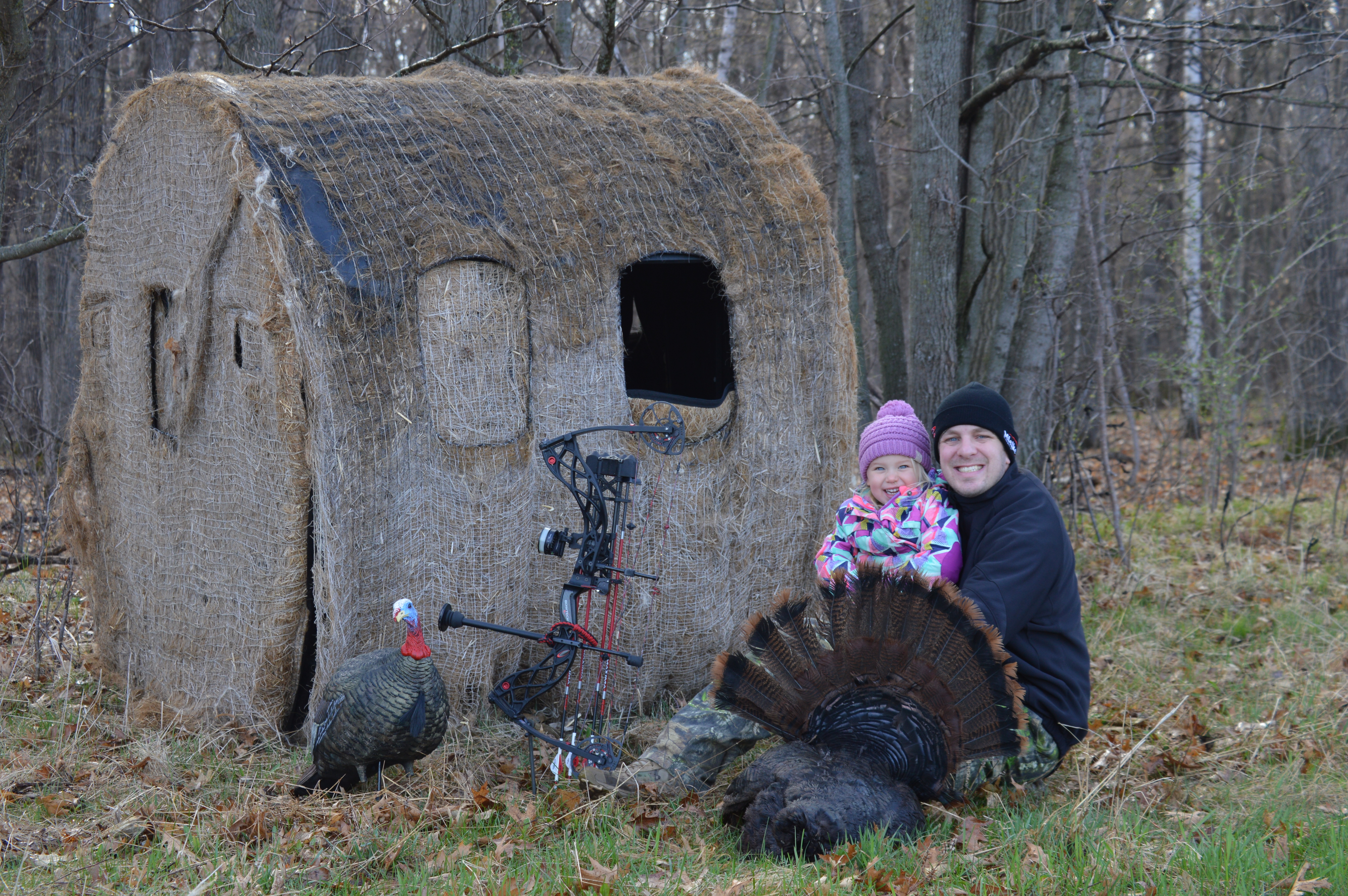 Northwest slam (ID, OR, WA) is complete. Put giant smiles on a couple of 10 year olds along the way this spring. 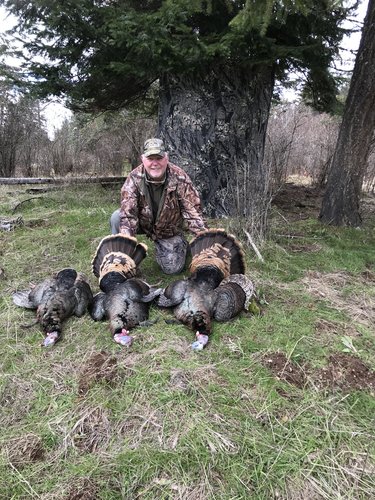 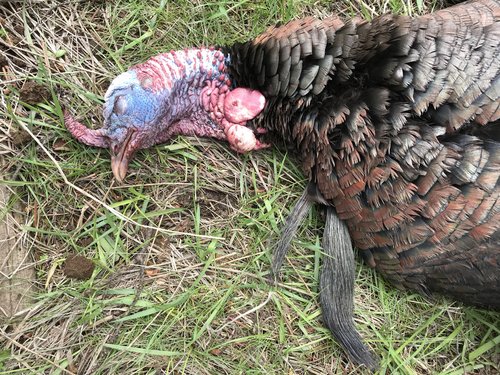 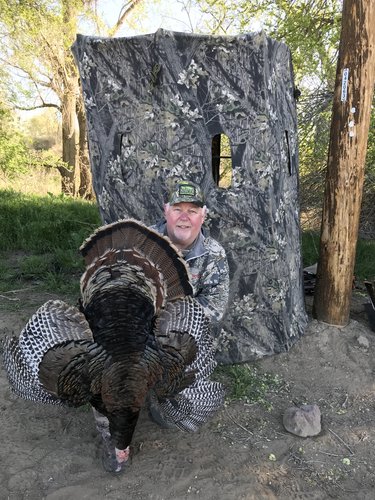 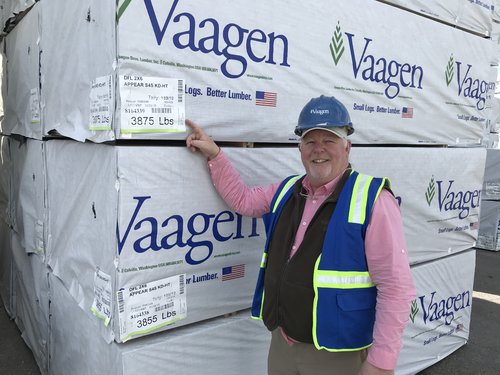 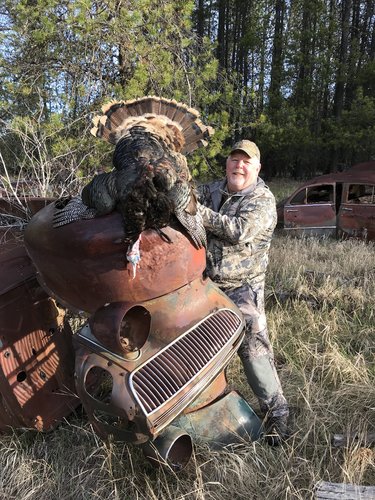 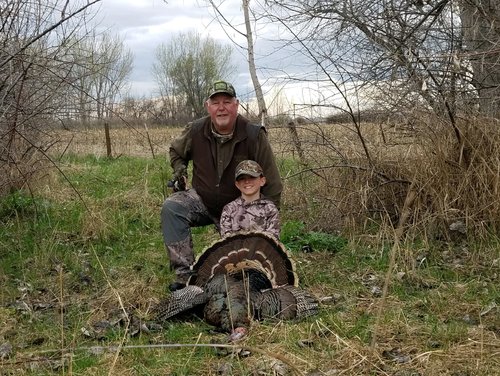 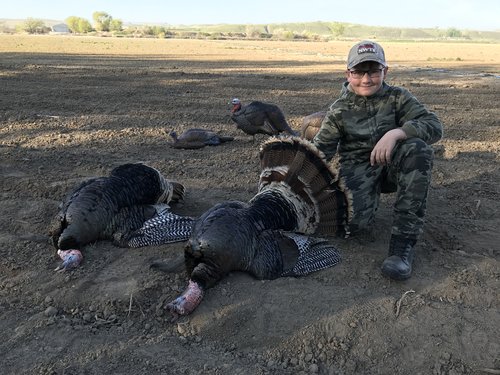 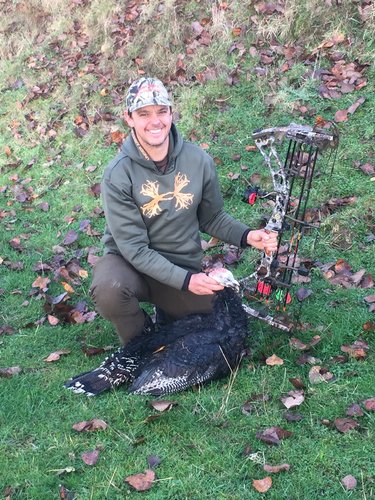 Went turkey hunting for the first time last weekend and shot three. Pretty small birds, maybe I need to hold them correctly . A fun hunt and looking forward to eating all the meat.

Man, you guys have shot some turkeys in pretty places this year!

Here is mine from yesterday in Wisconsin, biggest spurred Turkey I have ever killed at 1.5".

Figured I’d post these here too, her first bird ever. Quote of the day, “double beard, is that good?” 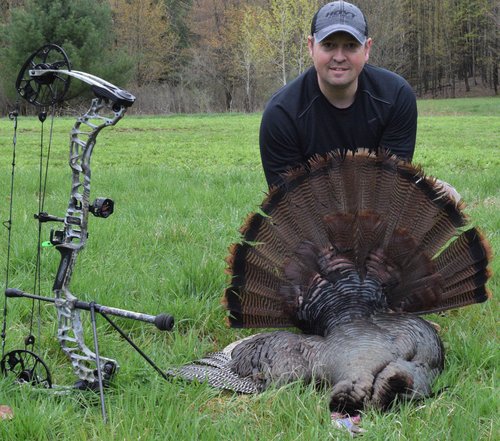 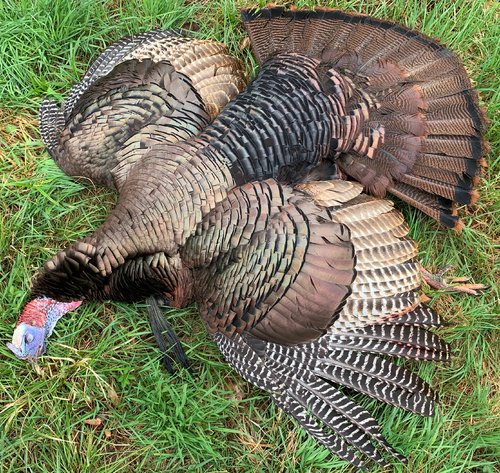 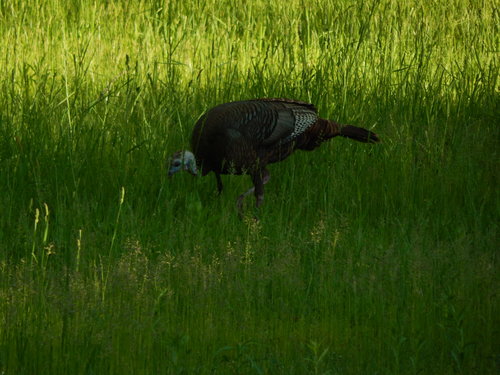 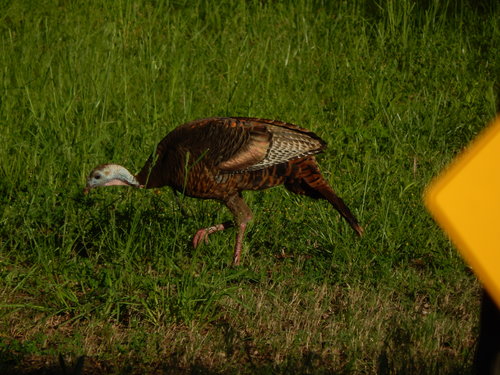 NY Bird 20.2 lbs, 8 1/2" beard 3/4" spurs. Someone was already in my spot, so I drove another couple of 100 yards to hunt the other side of the road. I turned the truck off, got out to get my gear and a tom sounded off from the ridge I was going to hunt. And he didn't shut up. I followed the old roadbed into the woods about 1/2 mile and set up about 150 yards downhill from him. Then the hens who were with him started in. One flew over my head as she pitched waaay out into the field behind me. I mimicked a fly down and he gobbled a couple of times and then flew down. A few minutes later I picked him up as he was making his way down the hill to me and a little bit later, after some strutting and indecision, he made his last mistake. For all the days I've walked and called and heard nothing, it's nice to know there's a few easy days in there, too. Arrived at 5:20, he was out of the tree at 5:45, and dead at 6:10. In the B&W picture, you can see where he lost some feathers on a wing. I assume it was from scrapping, because it was looked a few days old (and there were no pellets in there) 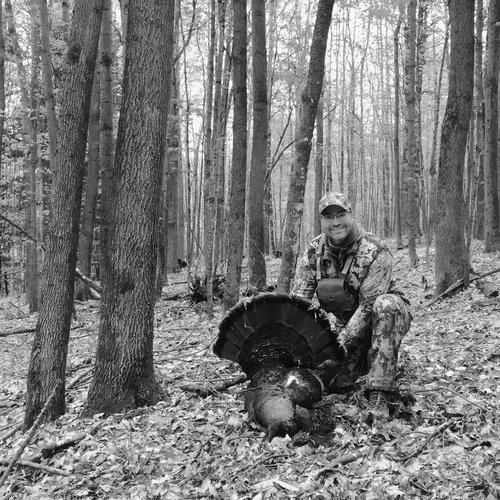 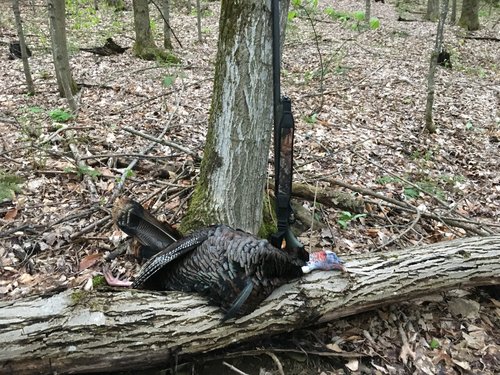 2nd day of season bird #1, 4th day bird #2. Don't normally shoot that early but wanted to focus on getting my wife her first turkey and still trying! Weather and work schedule has made it difficult for her to get out. Sorry for the tailgate shot, no one around to take a photo. 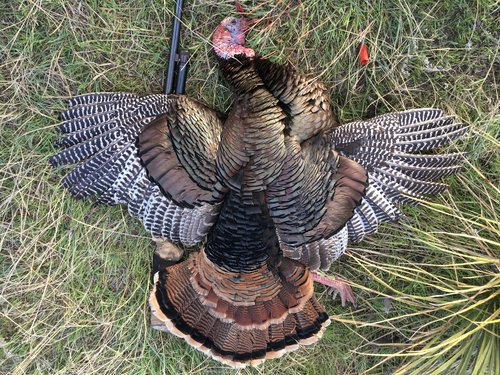 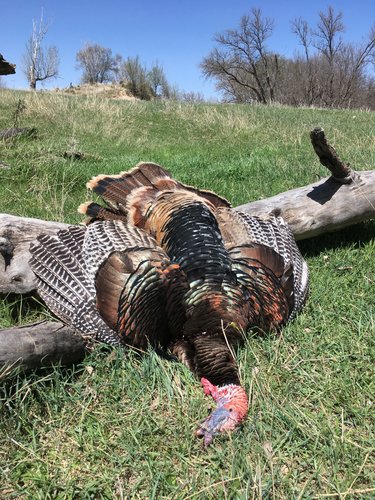 One of my favorite turkey pics from a bird I killed a couple of years ago. 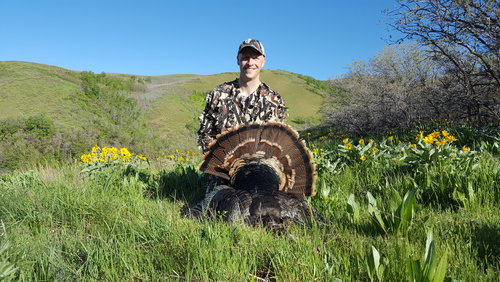 Them Midwest bird are fun sneeking over the hills and ambushing but nothin funner then hunting the toms in the pines of the west.High country some snow left. Just ones op after hunting them everywhere............BOB!
You must log in or register to reply here.
Share:
Facebook Twitter Reddit Pinterest Tumblr WhatsApp Email Link
Top