Got some pictures from a recent or past turkey hunt? Want to share em'? Well you're in the right spot...... 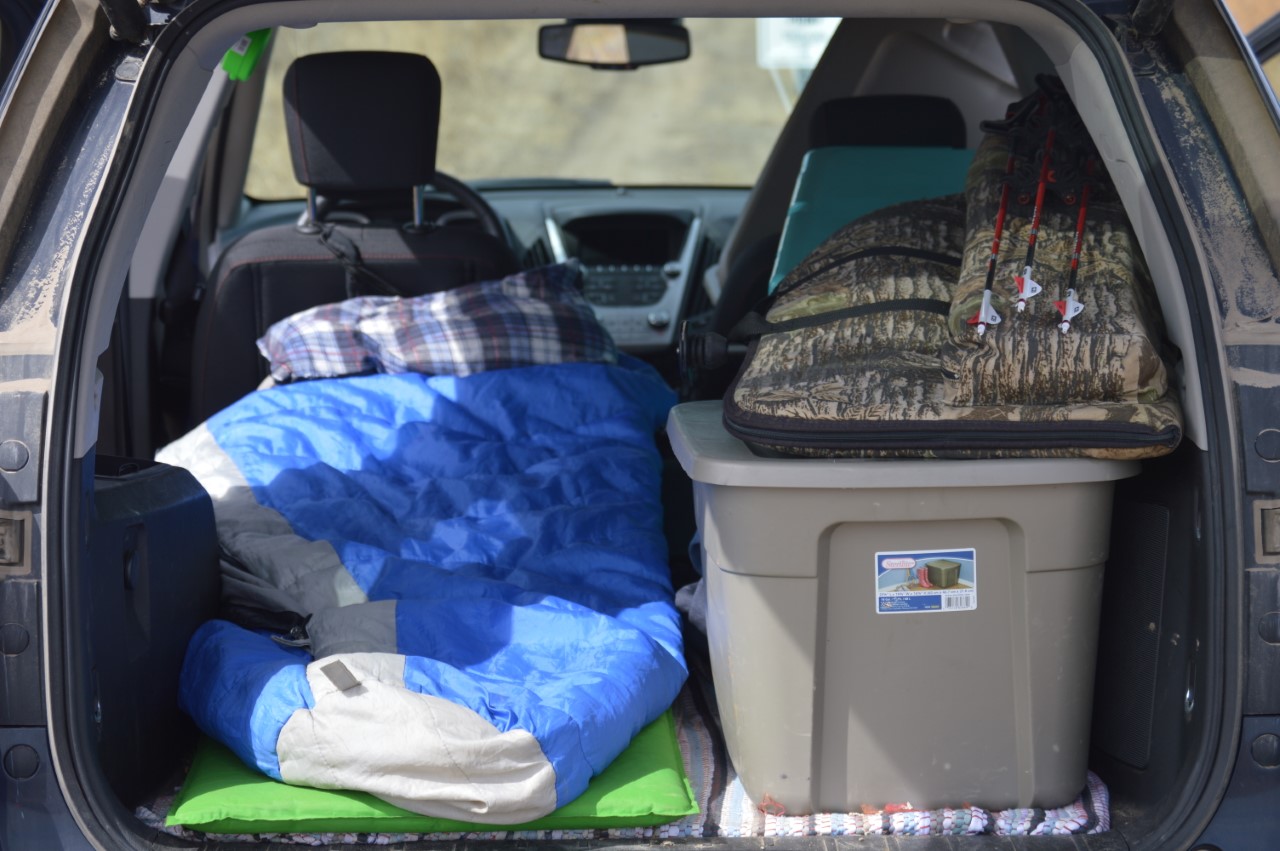 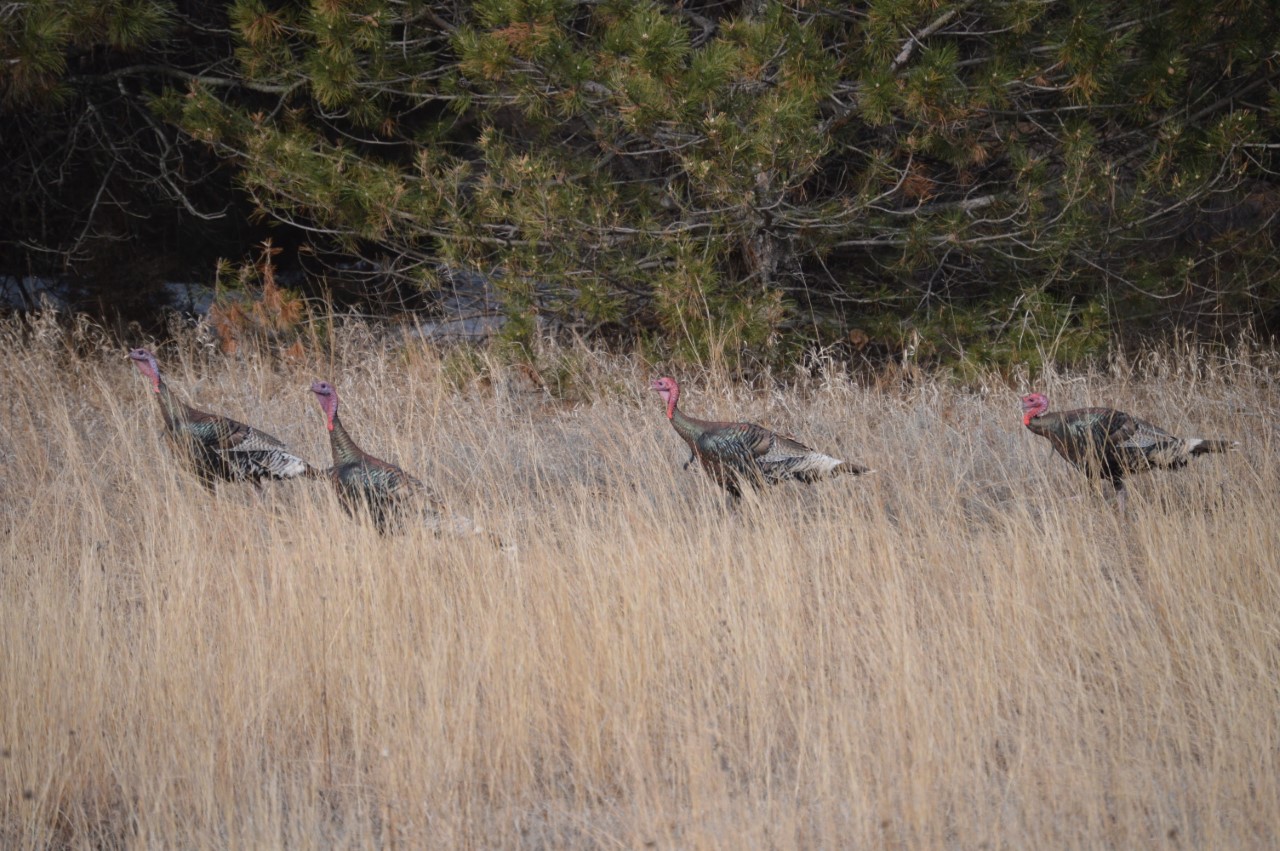 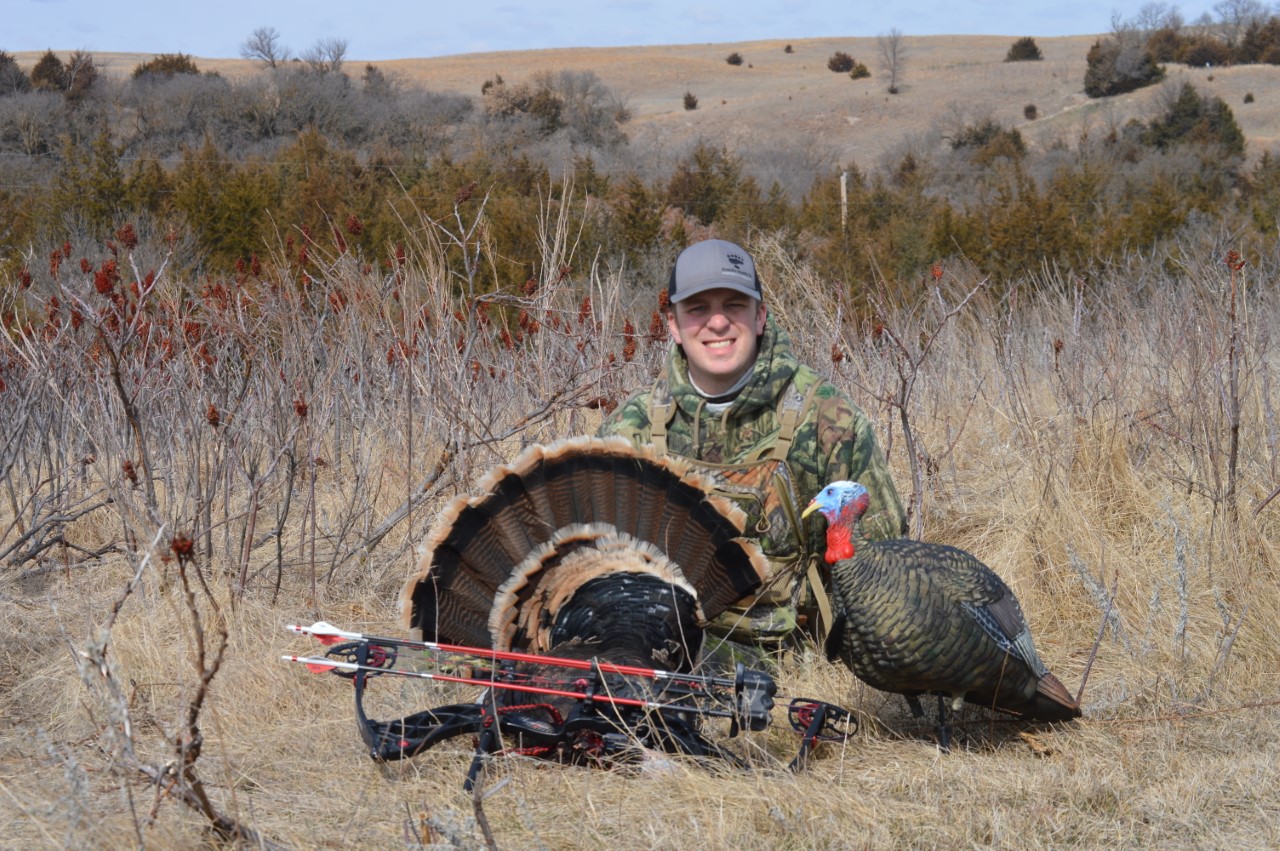 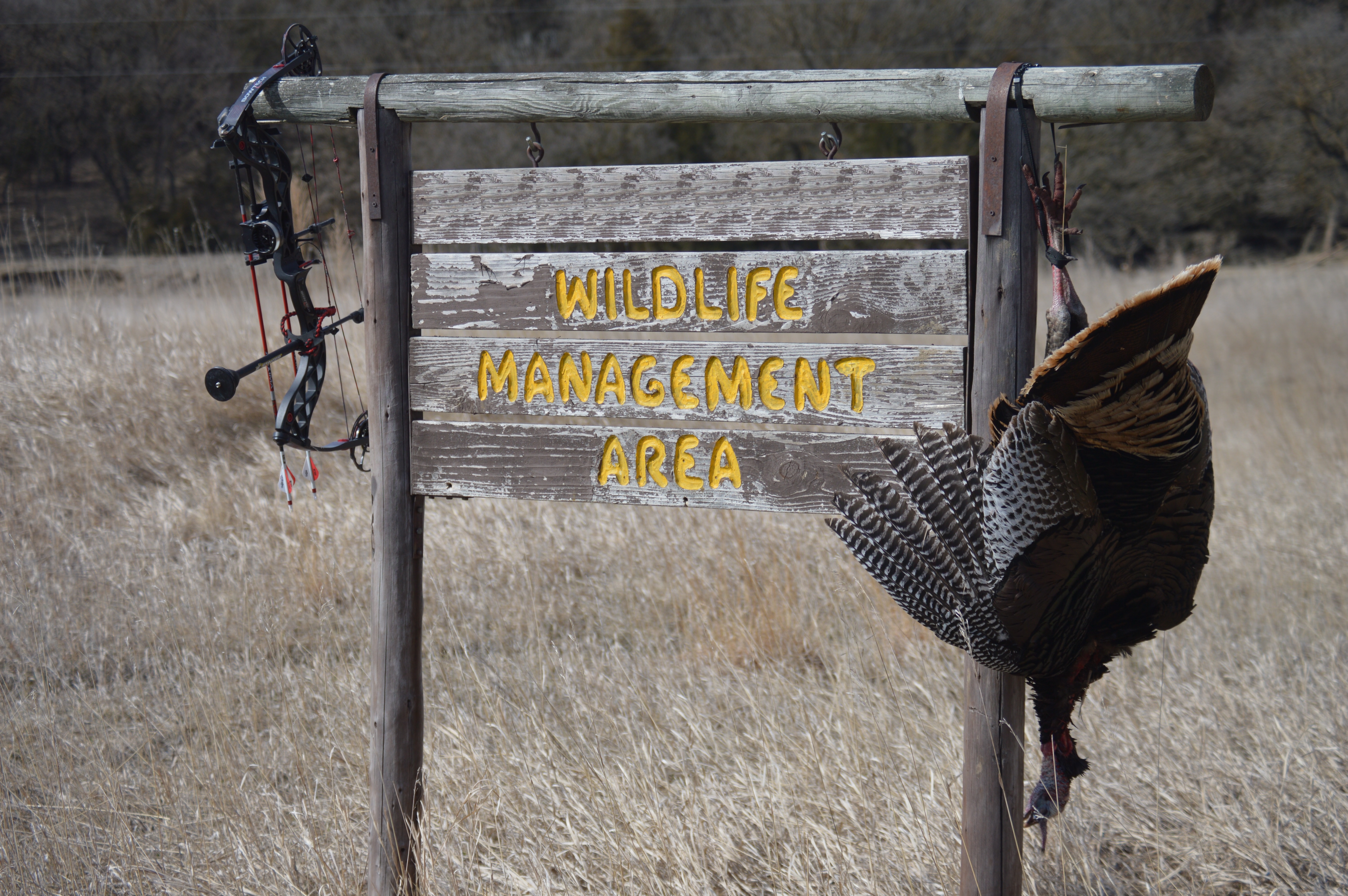 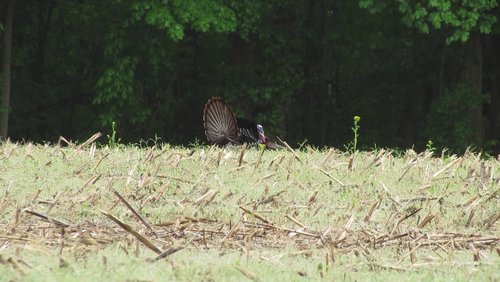 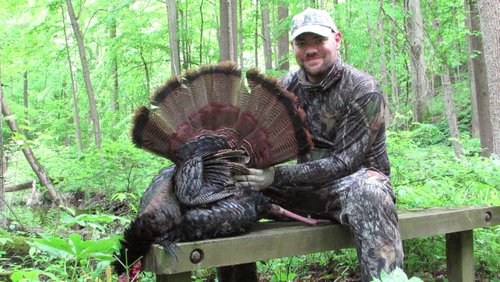 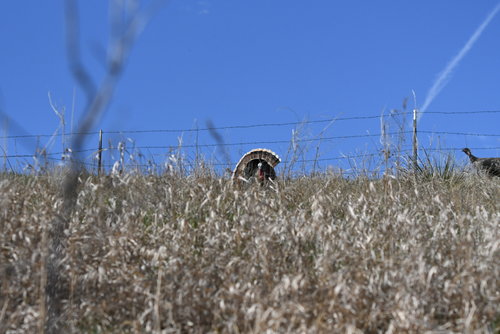 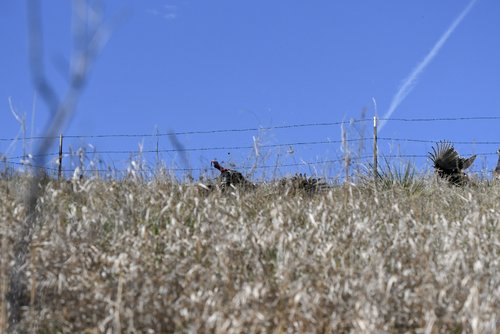 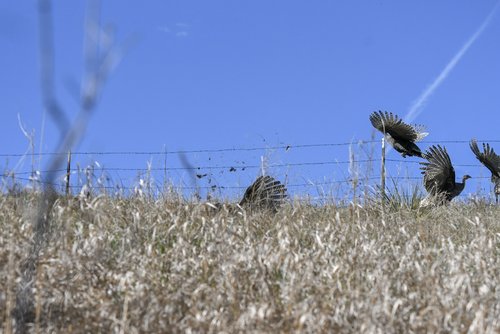 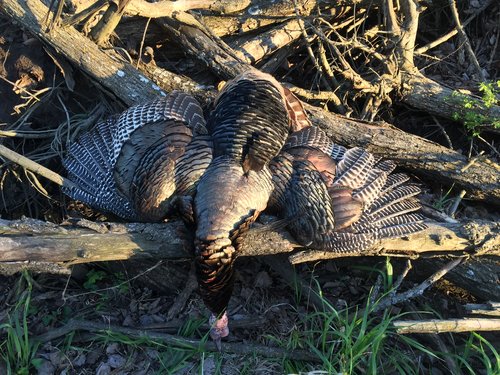 Punched my second and final tag. Put the mystery ranch to work!

Full story of our 3 days hunting in my journal.

Congratulations to everyone who harvested a wild turkey and posted here. Spring turkey hunting is very fun and still extremely economical out East, West, and down South. Best regards, TheGrayRider.

I got to spend some quality time with my kids and a friend last week. Jeff shot this nice two year old and I shot a jake. 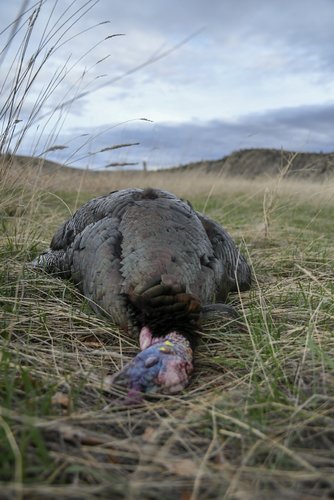 great pictures and thanks for sharing! PA season starts Saturday (4/27)

Here's mine from opening weekend... 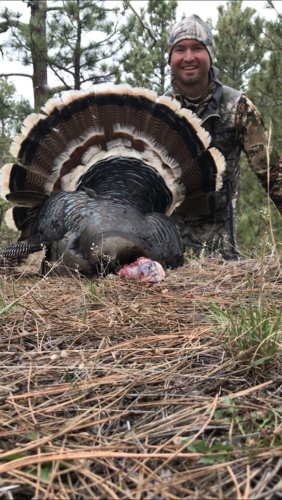 Doubled up in the same location with only one gun... My 8 yr old daughter took the pic. She had a pretty good time tagging along this year. 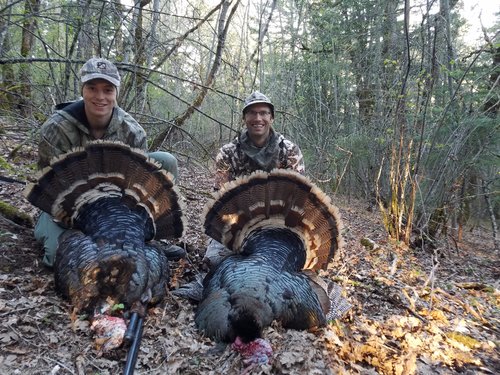 First tom I have shot in year 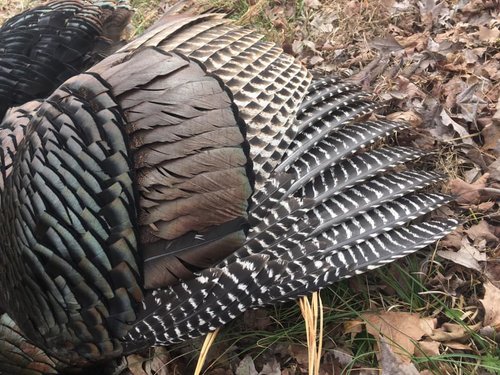 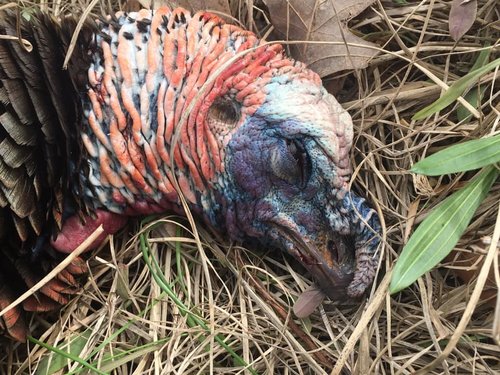 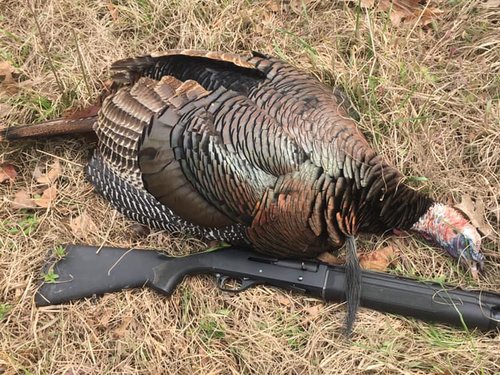 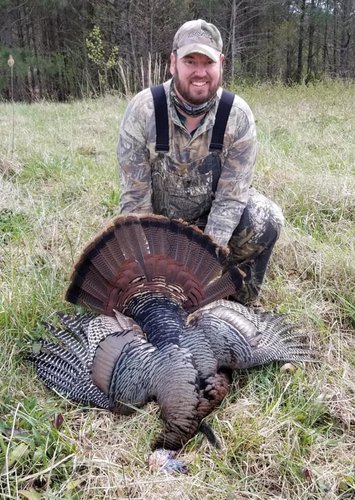 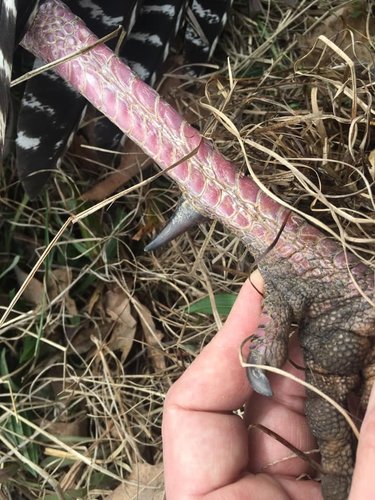 First time I have been out this year was this morning. I had been seeing hens and Toms crossing the road from forest to a field Wednesday and Thursday at the same time on my way to work. Both sides are public land!! Got set up this morning at 5:30 with a hen and jake decoy as the Toms were starting gobble across the road. Hens started to yelp between my setup and the Toms. Knowing they were going to probably head to that field I was on the edge of I called twice, but otherwise left them alone. At 5:50 a hen walked by at 17 yards. Tucked back in a thicket I could only see straight ahead and could not see either direction to my left or right, but I could hear a Tom spitting close to my right. The singing songbirds were interrupted by his gobble and I knew he was already in range even though I could see him. A few moments later he strutted by on the same path as the hen. I was on my walk to the car with a bird in hand by 6:00 am I had him plucked and in the refrigerator at work by 7 am! 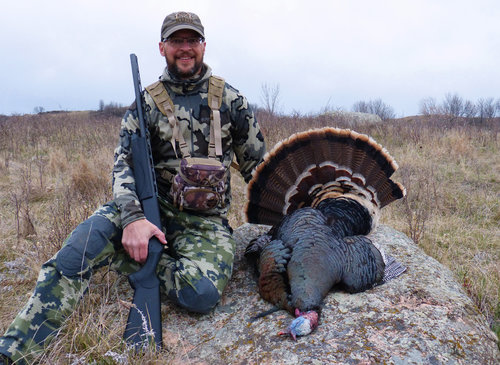