Looking for a baitcasting set up that won't break the bank. I've got about $250 -$300 to get the rod, reel and line. I've been looking at the St. Croix offerings and mid-range Abu Garcia reels.

It's mostly going to be used for bass, with some walleye and other warm-water species that take big baits like pike & muskie. Leaning towards a 7 foot medium/fast rod.

I feel a little dirty, buying a gear chucking rod instead of a new 6 wt, but I also love catching big old bass on top water lures. So, I'm going bi. Help a brother out with some reccos of rods & reels, please!

Given my multi-year warranty fight with Pure Fishing, I would say don't buy from them. But that is like saying don't do business with Vista Outdoors.

Pure Fishing, Inc. is a leading global provider of fishing tackle, lures, rods and reels with a portfolio comprised of some of the world's top fishing brands.

I own several of these and love them dearly.

I’ll second the shimano curado 200. My brother has it and whenever I upgrade that’ll be the one.

44hunter45 said:
Given my multi-year warranty fight with Pure Fishing, I would say don't buy from them. But that is like saying don't do business with Vista Outdoors.

Pure Fishing, Inc. is a leading global provider of fishing tackle, lures, rods and reels with a portfolio comprised of some of the world's top fishing brands.

Funny thing. I was on hold again their warranty line for the umpteenth time when I saw your post.

My struggle with Pure Fishing, which has gone on since April 2021, is over. They are sending me two 9' 8WTs to replace the one that broke.

The moral is that if you don't want to burn many times the cost of a rod in your own time on warranty claims, do not buy cheap fly rods.

All my spinning gear comes from thrift shops and Ebay. To paraphrase BF, "Only suckers pay retail. "
J

I will throw in a third for the curado, love em

I own several of these and love them dearly.
Click to expand...

Another Pure Fishing horror story here when it comes to warranty. Check out Daiwa. I owned a Daiwa baitcaster in high school, and it was nice. Lent it to a friend and it ended up on the bottom of the Roanoke River. Got one of their spinning reels and have been satisfied. Lasted longer than the "Pure" fishing Pflueger.

I own several of these and love them dearly.
Click to expand...

The original green (green one which was second gen I think, not the original original) Shimano Bantam Curado is the greatest baitcaster of all time. 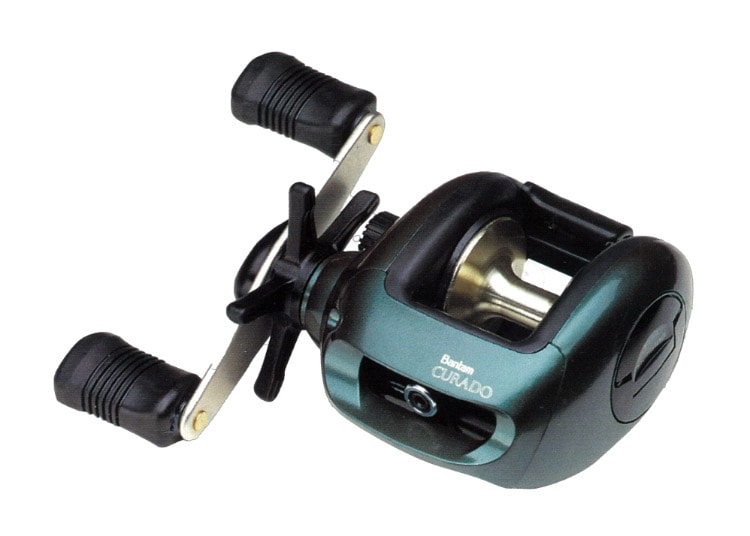 Definitely!!! Used freshwater for everything n saltwater for all inshore n even some offshore for smaller kings, spanish, snapper when I was feeling froggy

Well Abu's are cheap crap and St. Croix's are unbalanced and seem to have a lot of quality control issues. For your budget i'd go with a Daiwa Tatula CT and a Shimano SLX rod. You could if you added a bit to the budget look at the Megabass Levante rods.

I have had pretty good luck with this combo. I have had several Accurists over the years and they do well. I have Curados too and I love them. I would say for a beginner/novice baitslinger, the clutch system/adjustments might let you make the Quantum a little more forgiving....

I have 8 of these and several other Shimano baitcasters. I’ve got 4 Shimano Stradiic 2500 spinning reels, a Symetre 2500 FA, and a couple other 2500 size Shimano spinning reels. I’m a Shimano and G Loomis guy. Can’t go wrong with the Curado mentioned above. Another great Shimano that won’t break the bank is the SLX series. Check them out here

What's wrong w/St. Croix? All of the fly rods I've had of theirs were perfectly serviceable mid-range rods.

What's wrong w/St. Croix? All of the fly rods I've had of theirs were perfectly serviceable mid-range rods.
Click to expand...

Nothing wrong at all with them to me. They make some fantastic rods in my opinion as do others. I’m just a huge G Loomis fan and am very brand loyal to them. Lots of great rods being made though. Megabass, Diawa, Shimano all make great rods. In the G Loomis line, the IMX Pro Mag Bass 843C is a great all around rod that will cover a lot of baits/techniques.

The GCX series is cheaper but good as well. You can also find great deals on used rods as well if you know what model you want.
U

Look at LEW's reels they are very nice, I have 10 of them between spinning reels and bait casting reels. I really like the Diawa Feugo MH rod they are not high end but when using a bait caster to me you're not needing the sensitivity like a wacky worm rod.
D

I have several different brands level wind bait caseter's. Have a strong preference for my ABU's but that is simply a personal thing. Have a Daiwa Millionaire I got at a going out of buisness sale and now I wish I'd have bought them all! Bought a new Kastking Rover 40 for no other reason than it was about $45 and some guy on a fishing shite was bashing it. Really really nice reel, also a round reel about the size of an ABU 6500, which I have. have an old Shakespere 2000. Not close to a top of the line reel but the more I use ot the more I like it. Only have two low profile reels, a Daiwa and the least expensive kastking I could find. Love them both, just not really a low profile fan but they can be great reels. I'm don't think I'll ever get another ABU. Great reels but they are pricing me out. I've seen ads lately for Daiwa Millionaire for $89 and I'd cringe at the price but I'd buy it now. Now that I've had one and really like it. Getting reels is about like everything else, either you pick one up and get a feel with it and like the looks or you don't. Reels today are in a class of their own pretty much. My first level wind was a Zebco and it's still around here some where and still works. Got it new about 1966 in Germany. Direct drive. Don't get a direct drive, hard to learn on. Also don't get one with the expectation it'll last you a long long time. Probably will but most any new casting reel will last you long enough you'll get a new one one day just because! I think at one time Schmino may have made the best low profile on the market. I had a 100 many years ago and it was great. But they have also priced me out of their market.

The two low profiles I have I have set up to use for bullhead cats and small mouth bass. have both on a 6' Shakespere Ugly Stick from Walmart, about $30. Both are spooled wit 4# mono line. Something about rods. You could get one like I have about $30 or you could spend easy about $100 on a rod. Something the same about both. Kid slams the car door on either and both will be destroyed! Lay both on the ground and someone steps on them and both break. One set you back about $100 and the other less than half that. I got both my rods in med action with a fairly fast tip. Tried a ultra light action with the reels with slow tip and didn't like it at all!

If I were you I'd look at the Daiwa Millionaire for a round reel and a Berkley Cherrywood rod. I have two Cherrywood rods and really like them. For a low profile reels I'd check out higher priced Kastkings than I have. Mine was about $35 and bought to experiment with. Something I found with the rods I have, my low profiles are on short handle rods and my round reels all on long handle cork rods. Just like them that way, probably no advantage to either!

For fishing for bass I could use my low profile, do for small mouth. But for bigger bass and the other fish you mentioned, I'd go up to min 8# test line. My round reels I use mainly for channel cats and I have 20# braid on them with 10 to 15 pound leader. For me the braid simply lays on the spool better and cast's better.
Last edited: Jul 7, 2022

I would personally fish an ugly stick and a curado over a Loomis and a cheap abu.
You must log in or register to reply here.

Fishing Trout Without or Am I An Idiot?