The Picture That Tells the Whole Story 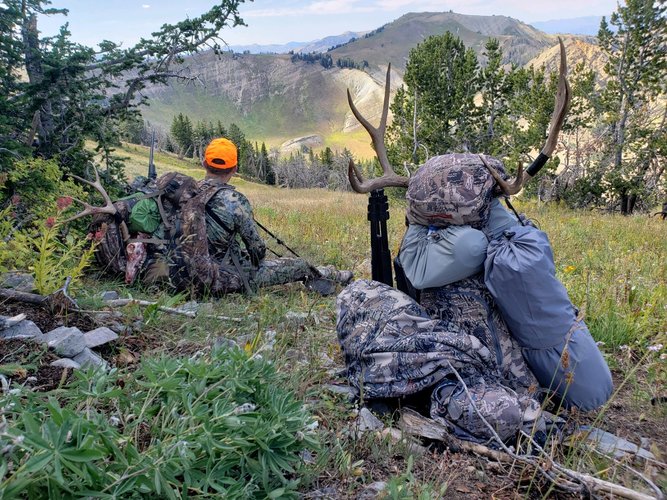 This picture sums up our backcountry mule deer hunt perfectly. The success, pain, joy, excitement, struggle, accomplishment, preparation, and memories are all captured in this picture. The country was amazing and the experience was unforgettable. Five and a half miles from the truck felt like fifty and at times seemingly impossible with an overloaded pack. The weather was perfect and a few bucks were there for the taking. The time we had prior to opening day was crucial in us being successful on two deer. Scouting time allowed us to find bucks and set a game plan for the hunt. I was able to harvest my buck on opening day in a basin we had been watching several bucks in. I laid over the cliffs with the buck below me and made a perfect shot. The buck reared up with a thud and collapsed. I prepared and anticipated for this hunt for months and it ended quick. Researching the unit maps, finding routes, campsites, glassing points, talking to people, and finding articles consumed a lot of time and it came together in a split second. I was conscious of every ounce I put in my pack and weighed absolutely everything trying to cut every ounce possible. I packed and re packed my hunting setup several times the week before we left. I packed my food according to days and had each day in a separate bag. I took one Mountain House per day and then miscellaneous sandwiches and snacks on top of that. I felt like I had to much cloths and not enough food. We treated water from a stream and added flavor packets for a little extra something. This trip was one of the most physically and mentally challenging things I have done. We didn't kill the monster bucks were after and had high hopes in finding. That didn't matter once we made it back to the truck and took our packs off and straightened our backs. 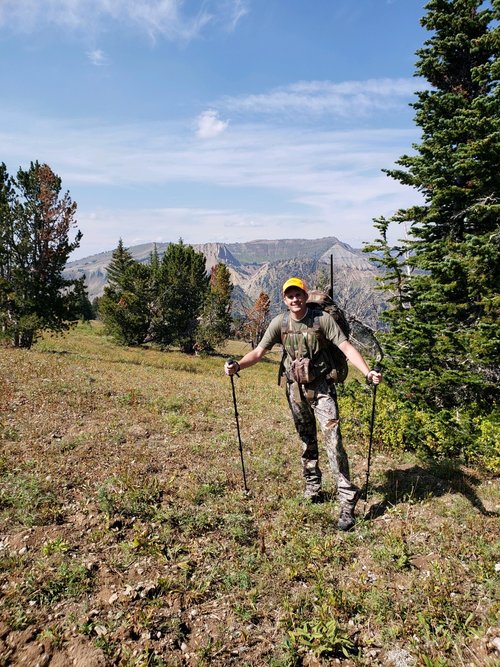 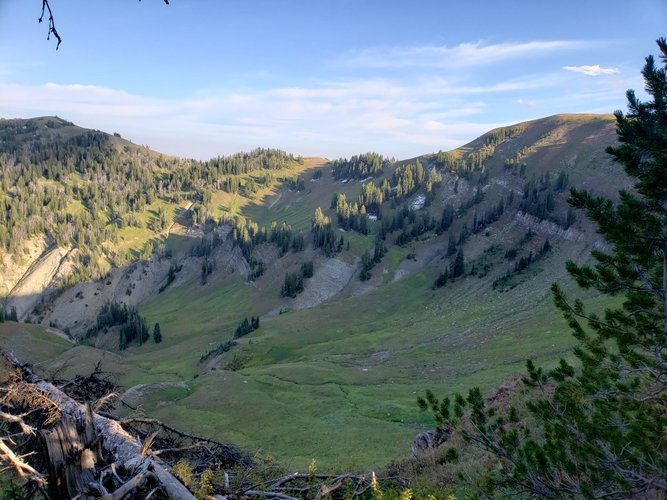 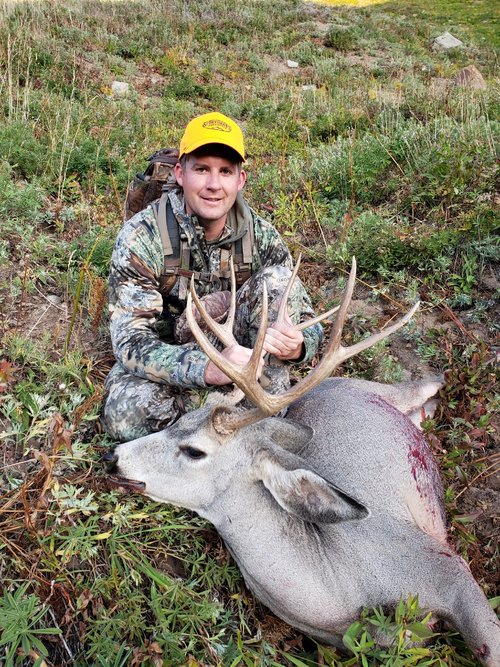 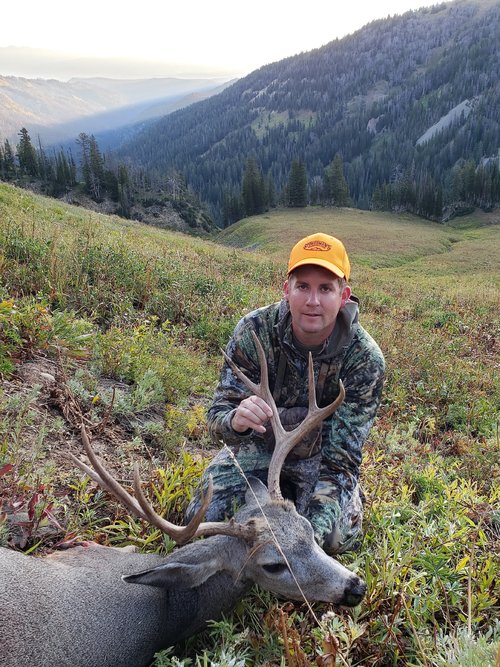 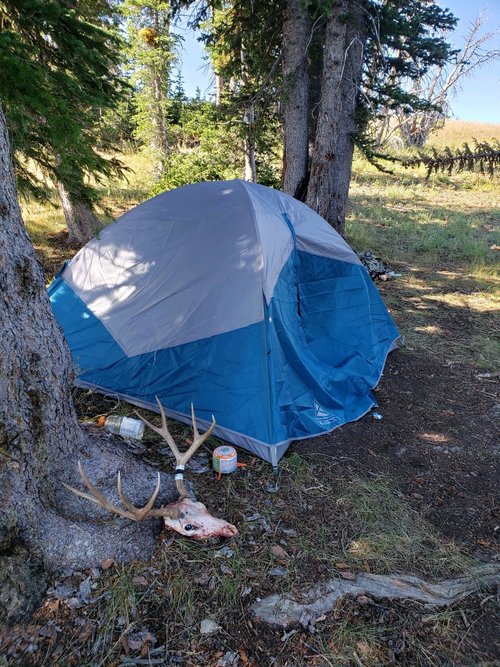 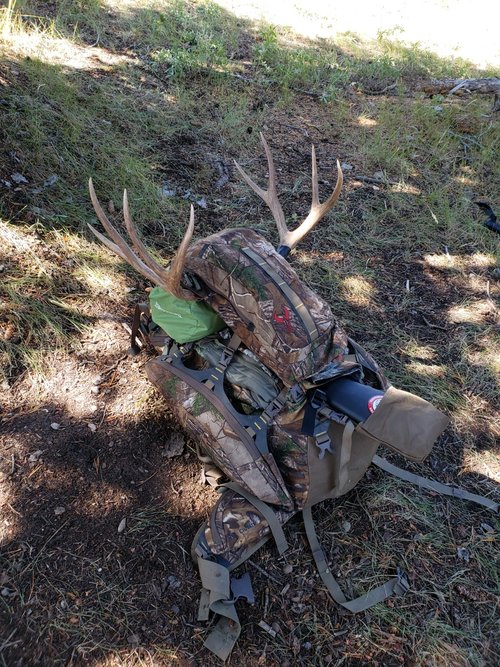 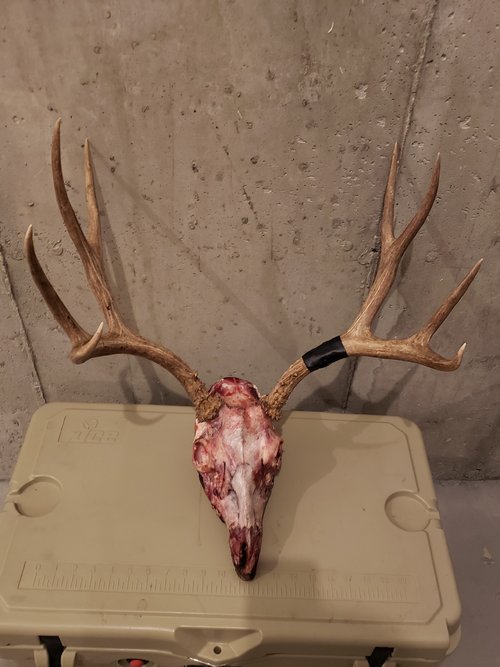 Guess you had some warm weather. Any trouble keeping the meat good?

Yea, that first pic tells a lot. Thanks for sharing!

As much as the outdoor magazines would like you to believe that Sweat Equity has a 1:1 payoff in trophy size, the monster bucks you see on the internet are 99% due to Luck or Money

Those are nice bucks and anyone who would deride them deserves a kick in the ass. You earned them in legit tough country on a real man's hunt. You get style points my friend. Well done.
L

Those are nice deer! Thanks for posting.

SO much more goes into the hunt that non hunters don't see. Hunters can see and read the picture like you described!!

Awesome pictures and great bucks! Congrats to you guys!
M

Very nice write up and photos. Much better success than I have been able to achieve so far.
M

Great pics, great bucks and an even better story! Congrats on a great trip that was brought about by the amount of planning and hard work that you put into it. Great Job! Ant thank you for sharing.

Thanks for posting! You're time, preparation, efforts and planning.... and story made me excited for you. Pictures are great and your story explains everything you and your buddy went through to be successful. Congrats!!!
You must log in or register to reply here.