Anytime this subject comes up, I usually skip over it because I don't have a child to share my love of hunting, fishing and the outdoors with. I do have an adult daughter (who recently gave me my first grandchild) who lives in another state and has no interest in hunting and fishing very little.

My wife and I have decided and began the process of adopting a child. A son to bless our home with. We are going with a child who is in the MN Foster care system or better known as "MN Waiting Children". We are hoping to be matched with a child in the 4-5 year old range, but will more than likely be matched with an 8-12 year old.

My question, how do you go about introducing a child to shooting and eventually hunting. I think I can manage the introduction to fishing. When I was a child my dad introduced me to shooting, by I learned on my own hunting. He had no interest in hunting period until I was 17 and talked him into taking me deer hunting for the first time.

Have any of you adopted an older child from your states foster care system. Many of these kids are diagnosed with some form of emotional or psychological trauma as they were removed from a home and birth family rights terminated. So there is the possibility of behavioral issues. Anything that you who have adopted and introduced to hunting to be mindful of or other special considerations.

I am excited to have a son to call my own. In fact, Ive already totally striped down and cleaned the Marlin Model 60 my dad gave me when I was 12. When he gets to our home, he will already have a 22 to call his own.

Thank you in advance.

I would start with fishing to introduce the child to the outdoors. It will give you bonding time and time to earn that new found trust between each other. You can talk about stuff and get to know each other and then you could bring up shooting. Don't jump right into hunting and killing stuff. Start the child out target shooting and then move to reactive targets, and then bring up maybe shooting rabbits or squirrels once they are proficient with the 22. It's all a learning experience between you and the child, but you have to but the father/child bond first before you can start talking about hunting and all of that. Let the child know you're a hunter and have them try deer and elk and all of that at meals or in little bits as small snacks, but don't be upset if they are a little apprehensive about it at first, especially since you're getting a child who's a little older. It will all work out eventually. But, a day fishing never hurts anything.
1

I have two boys, 8 and 5. The best advice I can give is to just make it fun!! I have spent large portions of "hunts" doing things like throwing rocks and hitting trees with sticks, because that is what they said they want to do. First time or so it was frustrating as all get out, but one day I pushed too hard and it ended in tears. My desire for game in the bag and the "perfect" experience were the problem, not the childs. Hunts are still structured and I still maintain a degree of order as to what it takes to hunt, but once I see the threshold of their entertainment being reached I let them decide the next move. Again, if they have fun they will want to do it more and more, which in turn will make them want to be better at it. So far it's worked for me.

By the way, good on you and the wife for adopting an older child!
C

Camping trips are a good way to introduce. Like mentioned before make it fun. Let em play in the mud and get dirty even though the wife might object. Let me throw rocks and burn sticks in a camp fire. Most boys will have a blast doing these things. Best part is dads have fun doing it too
?

Good for you guys, lucky kid. Hope it works out well.

Randy11 said:
Good for you guys, lucky kid. Hope it works out well.
Click to expand...

Lots of good advice here. It's a great thing you are doing for that young man who will be your son. Like the others I'd say take it slow. Spending time as a family outdoors is a great way to get him interested in an outdoor lifestyle and hunting will eventually be part of that.

I'm going through hunter's safety right now with my son. He's always been very careful with guns, but taking the course is reinforcing all the things I've already taught him and he's soaking it in.
G

Congratulations! There is quite good advice so far, but I would like to add my thoughts. Take them for what they are worth. Becoming interested in the outdoors does not have to be a huge process, start small. Their is nothing wrong with the first camping trip to take place in the backyard. Have a fire and roast hotdogs and marshmallows at home or a nearby park. Let the children make the agenda. If something catches their attention go with it, fishing trips may turn into frog catching or swimming in the river. Lastly, look to your local conservation organizations for day camps and other outdoor activities. Our local conservation organizations have family snowshoe hikes, kids fishing camps, youth only hunts, and much more usually for FREE!

My son was introduced to antelope hunting when he was six. Initially his fun was staying at a motel and eating pizza in bed while watching cartoons. Then it was camping under the stars near the "owl barn", emulating the late night hooting.
First was throwing rocks at the rabbits and napping in the pickup, then shooting the BB gun at many targets, then the 22 cal, then the 243 cal while he & I went through hunter's education classes. Now he shoots a 300 Win Mag, harvests lots of big game, drives a pickup with license plate "hntmax", is married to a sharpshooter gal who took a 190 6/8 ram out of the breaks, and has a 7 yr old son who wants a fur cap from the rock chuck he shot with his .17. 'Careful what you nurture ... it could very well turn into a passion.

Thanks guys. WE are so looking forward to this. I realize I would need to take it slow. I guess how slow would be age dependent and his interest in it. I never thought about the first camping trip being in the back yard. That's a great idea. Ill keep me eye here. And maybe even update/resurrect this thread as things happen. We are just in the very beginning stages, but keep advice or stories or anything you can think of coming. I will have to look into the organizations around here to. All great advice

Congrats to you and Stacy! Great news! - Awesome advice already, so I will just toss out an invite from me and Dawn to take you 3 fishing at Okoboji whenever you all get settled and can get down here with him.
Happy Trails!
Clay

Not quite on topic, but I read this a few weeks ago with much interest as my wife and I were in the adoption process. Our daughter came a week early and is a leaping - born on 29 FEB. Looking forward to introducing her to our way of life, like we have been able to with our natural born four year old. 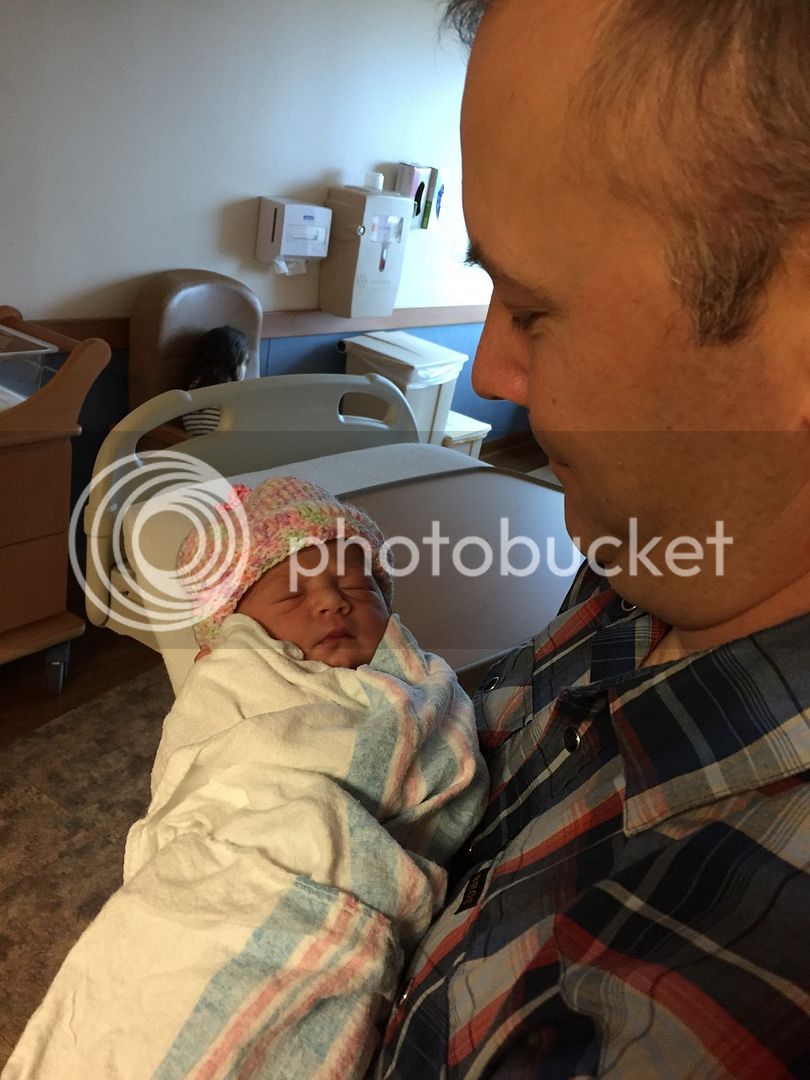 And for good measure, here is me and the oldest girl on the last small game weekend in AL: 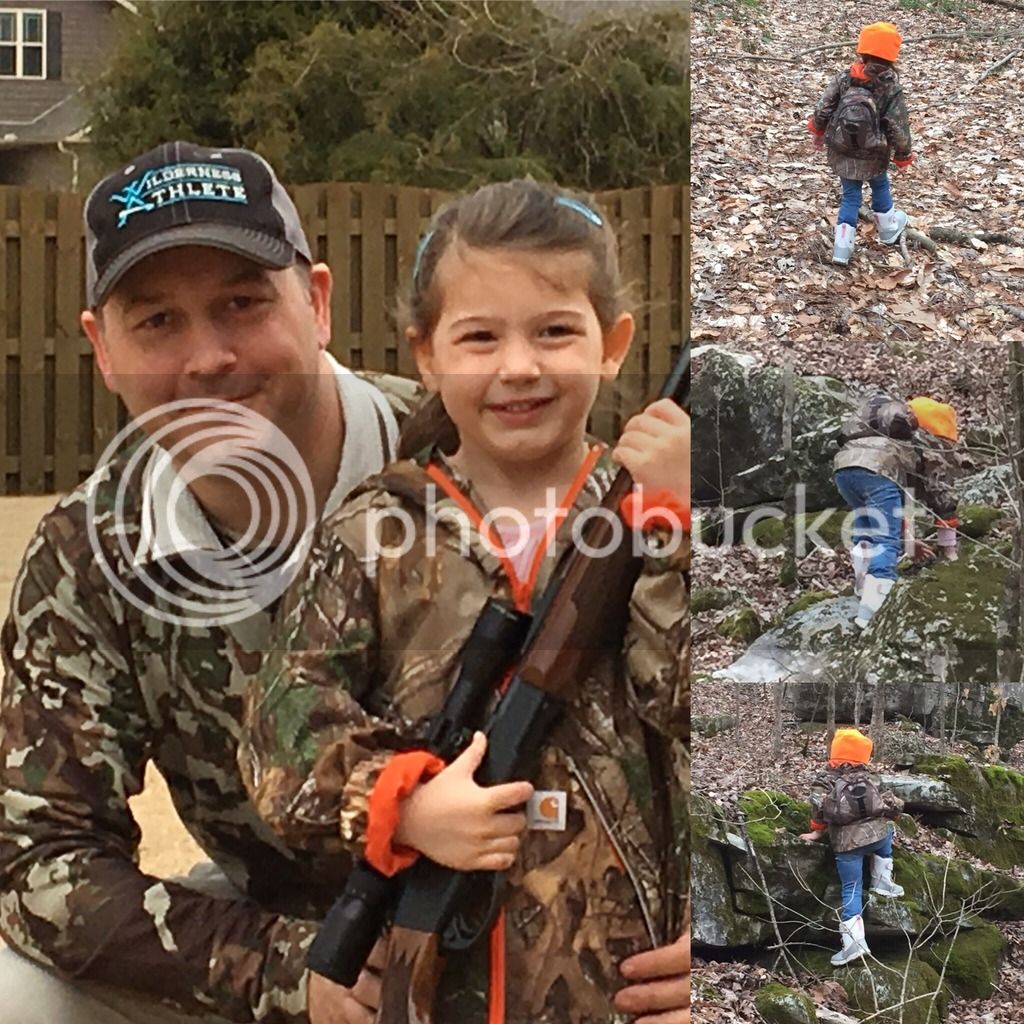 Congratulations on the family growing by the addition of this precious little one. May you and your wife instill in her love for family, friends and God's creation. She is a world changer.
You must log in or register to reply here.

O
A birthday gift for my wife