So how long are they going to hold on to your money before people realize this will be another Elon Musk thing that will never come to fruition?
The list of those things is not a short one.

Not sure their criteria though they've made clear this is not intended for all areas. It's objective is for those areas with limited / no options.

Hopefully, if they're taking people's $, it's an intended location for service... though Elon is a crafty one, that's certain. Haha!
H

Talked to 2 neighbors this morning who signed up . 1 has been waiting to hear since Nov and the other last week. Another friend since Nov. too.
All had to jump thru hoops to sign up with the same problems I had. The recent one said she had to drop a pin on a map to get location....you know because eagle is such an odd word to spell.
One of these folks basicly runs the VLA,whatever pull that brings.
This is the exact kind of area in the lower 48 for it's use.

...particularly with our county commissioner and congresswoman pressing Verizon last week in DC about the poor cell service in our area. And the verizon dickhead basicly saying pound sand,it's as good as your going to get.

Starlink or something like it, is obviously the future of the technology of internet availability.

Just hopefully not customer service or the ability of customers to interact with the business they would like to give their patronage to.
H

Nameless Range said:
Starlink or something like it, is obviously the future of the technology of internet availability.

Just hopefully not customer service or the ability of customers to interact with the business they would like to give their patronage to.
Click to expand...

Can't imagine dealing with a password screw up with them...

I don’t wanna get into it but I had a good reason to get a hold of them. This was about a month ago, and their website basically had one option, which was to give them money And then wait for an unspecified amount of time not limited to and including forever. No way to contact them really. Kind of wacky.
W

Gr8bawana said:
So how long are they going to hold on to your money before people realize this will be another Elon Musk thing that will never come to fruition?
The list of those things is not a short one.
Click to expand...

Funny; my brother has Tesla solar at his house, a Tesla in his driveway, and I can see my Starlink antenna from where I sit currently. Guess we're just hallucinating, it's cool through because in my hallucinations I've seen giant rockets than can land themselves and then be re-used, maybe someone someday will figure out how to do that in real life.

OP, not sure what your issue is; but I started looking for Starlink access in April for my location, and was told mid/late 2021. May 13 I checked again and it was ready to take the $599 startup payment, it showed up about a month later. Easy install, just a single cable to the modem from the antenna, and then out to the router & power. It aligns itself with the satellites (N facing) automatically, and was running in about 15 mins. Speeds average ~130 down and ~40 up, we can stream 4K reliably. When it's available to you, I'd highly recommend it.

Some good info at this link. 60 more Starlink satellites went up in May

SpaceX's Starlink megaconstellation was created with one major goal in mind: to provide internet coverage to the world. The company is targeting users in remote or rural areas who currently have little to no internet connectivity, but users all around the globe will be able to subscribe to the service, the company has said.

At the same time, SpaceX hopes Starlink will serve as a means to fund its deep space ambitions, like its Starship program. To that end, company engineers designed this fleet of flat-paneled broadband satellites to fly over the Earth, beaming down internet coverage to users who can access the service via a compact user terminal.

With Wednesday's successful launch, SpaceX has lofted 1,737 Starlink satellites into orbit (including the initial test versions), which goes beyond the company's initial quota of 1,440 satellites. However, the company has official approval for thousands more.


Currently, Starlink is still in its beta-testing phase with users around the world putting the service through its paces ahead of a full commercial service rollout, which should happen later this year.
Click to expand... 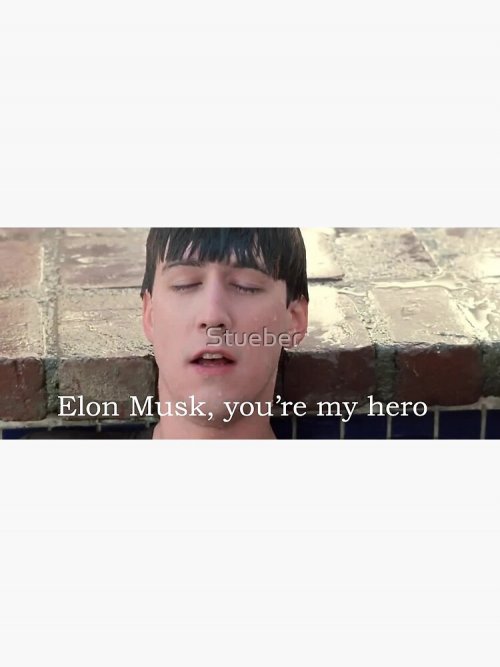 Haters aside, I ordered mine today. I'm saving my hate for Hughesnet.
H

Well thanks to a nearby HTer, I got signed up,deposit in. They didn't like my e-mail addy from his computer either...

hank4elk said:
Well thanks to a nearby HTer, I got signed up,deposit in. They didn't like my e-mail addy from his computer either...
Click to expand...

You'll be happy once it comes. We've been running the beta for the last 6 months or so and it's the best option right now for high speed internet in rural areas. Be really cognizant of the dish placement and use the app for finding obstructions. The app just was updated as well and is better.

This is all still beta testing, so it's not 100% perfect, but it's far, far better than hugesnet or viasat. Both of those horses should be taken outside & shot.
H

There's now 6 of us around me now waiting,calmly. One trip a day thru hughs reminds you...
H

So I finally got an e-mail from Starlink,touting the upcoming launch of 52 more sat.'s....it went of from Vandy last night.
I wonder if NM will get any?

Anyone get their "unit shipped" e-mail? I got a nice e-mail that says, "due to supply chain issues..." they are slipping our delivery until, "Mid to Late 2022." That's a year later than their original estimate. My account page has been updated with the same info.

I put down the $99 last summer for my vacation home in rural LA, promised service by end of 2021. Finally got an email a few weeks ago telling me I've been bumped to mid 2022. Not happy about it but after looking at my options again I decided not to cancel, just hope it doesn't get delayed again

It's worth the wait. I had flat out terrible service with CenturyLink and contemplated the ugly beast called Hughes. I posted up a thread here for options and caught the tailwave of Starlink Beta.
Flat out worth the wait though feel for you all on the list. Getting bumped is a royal bummer!
H

Just got the "do you want to continue?" e-mail this week. Looks like it's here, finally.
I have until Thursday to get it,have to wait til Wed.
Can't wait to ditch hughs & dish.

I’ve been reading some stuff that sounds like you will be able to “roam” with your setup. People are setting it up to go on their travel trailers or RVs and reporting good results. They have a map now that shows where you can sign up and if you are in the green you can have service within a week or so.

Negative is the cost has gone up to $110/mo. I’m paying $80 right now for wireless that gives me around 25mb speed, right now it looks like starlink is hitting 100mbs pretty consistently unless you are in an oversubscribed area and they have frozen new hookups in those areas.

I’m curious what the reliability is going to be, it might be worth the extra $ if it is super reliable, I probably lose my wireless internet connection 3 or 4 times and month. Would possibly be worth it for roaming also to have full blown internet wherever we haul the trailer.

hank4elk said:
Just got the "do you want to continue?" e-mail this week. Looks like it's here, finally.
I have until Thursday to get it,have to wait til Wed.
Can't wait to ditch hughs & dish.
Click to expand...

Decision time for us. Still sitting on the deposit. NO letter yet for us. I had to rent an office in town and install fibre to do my job. I definitely want to move from Hughes to Starlink. Mrs is worried about her stable of old @hughes.net email addresses.
You must log in or register to reply here.