Actually, it should be fish TAILS galore.

I was chatting with a good friend of mine earlier this year about fishing. We always talk a lot about going, but fishing often takes a lower spot on my priority totem pole in the grand scheme of life. However, I do love to fly fish, and I told my friend that we needed to make a trip to Montana happen. My friend mentioned that a friend of his had a place on a trout stream, and he would see if we could go there.

We were granted permission, and the ability to stay at their "cabin". I had a sense that this was not going to be near as primitive as I'm used to. I'm as OYO and DIY as anybody, but sometimes when you get offered up a deal like this you just do it and don't question anything. Kind of like getting to hunt deer on the Dana Ranch, enjoy it for what it is and appreciate the experience. 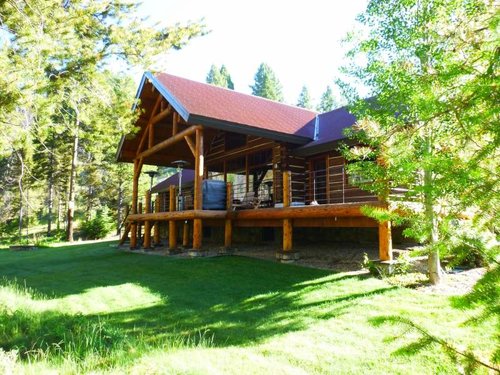 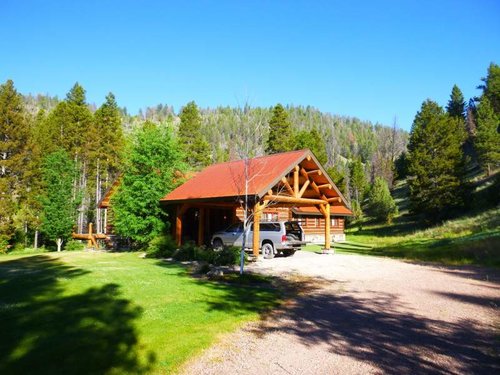 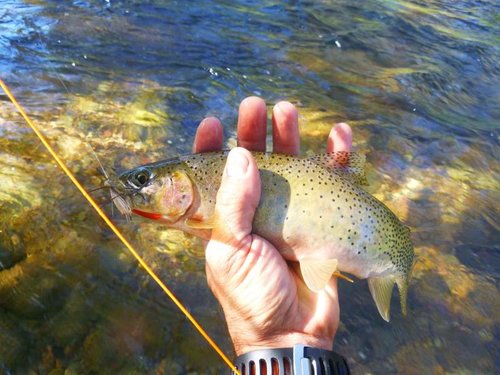 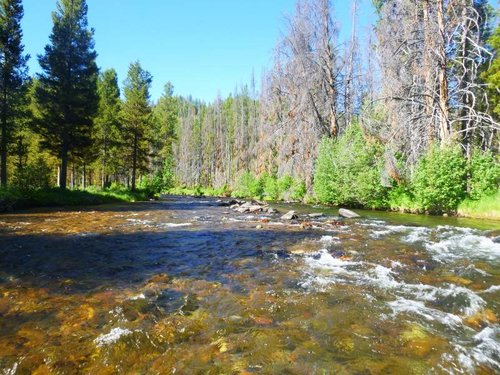 One of the flies they liked. 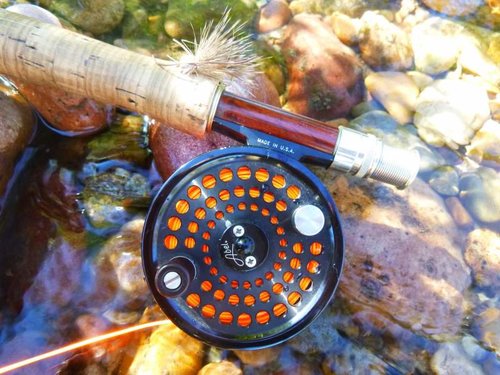 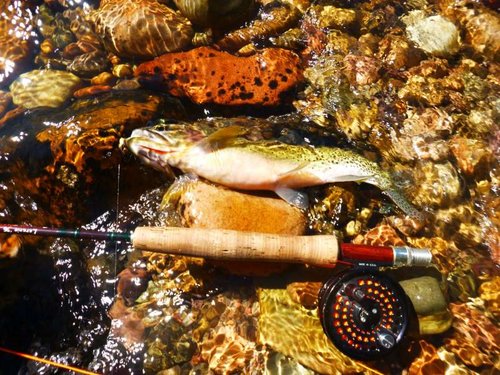 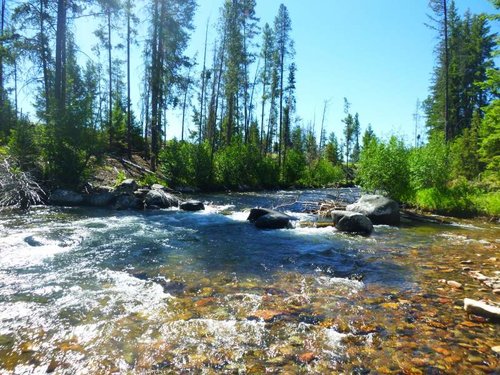 The rod holder at the "cabin". 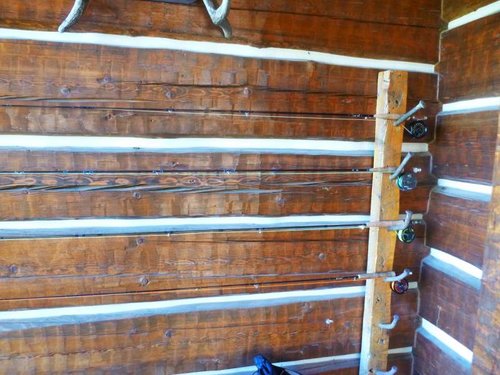 It's always fun catching fish with a rod you built and flies you've tied. This rod became one of my new favorites after this trip. 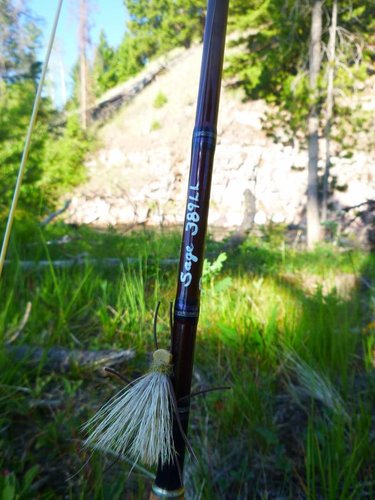 The fishing got so good at one point that I began "calling my shots". This brown was a first cast victim to a called shot. 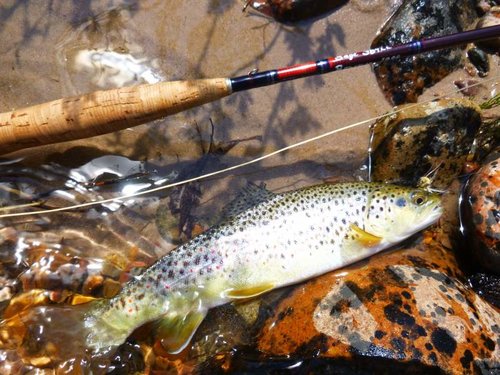 He came out of the hole right at the point of the root wad. 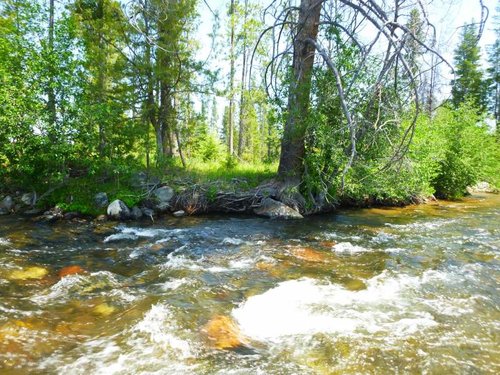 I think this was the biggest fish of the trip, and the last one. I called it a day after catching him and drank a Cold Smoke while sitting on the deck. 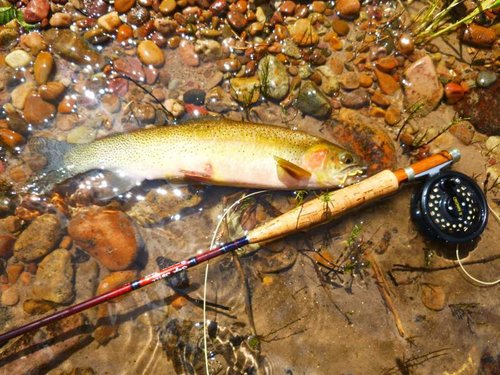 This was my last fly of this pattern, and this is what it looked like after catching the last fish. 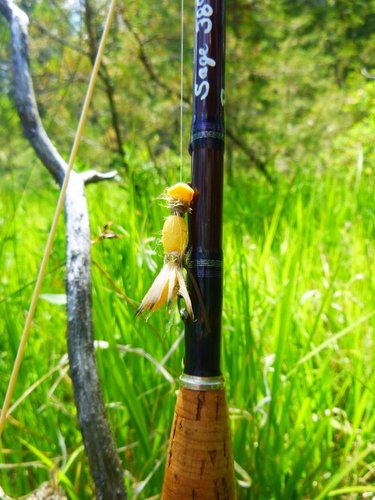 It was a phenomenal three days. I would venture a guess that I caught somewhere on the north side of 100 fish in three days. Almost all on dry flies. I honestly lost count because it was so good at times. This afternoon was one of those times. It was like duck hunting when you can't keep the ducks out of your decoys. It certainly makes up for those tough days on the water when the fish are in complete lockdown mode.

I let my brother use the 389LL I built about 20 years ago and he never gave it back. Dammit.

Nothing wrong with roughing it in a cabin like that - I know it would be a dream come true to have a "cabin" like that one. Great photos, congrats!

Awesome! I am envious...

Great pics and story. Thanks for sharing your "cabin" adventure. You did it justice.
1

Pure awesomeness...I was relaxed just looking at the pics.

good lord looks like a nice place and a fun weekend

Looks like a fantastic trip, and beautiful. Thanks for sharing.

Fantastic, i am so jealous!
100 fish in 3 days, you won't forget that for a while.
I live in a lovely part of the world with fishing on my doorstep, but nothing like what you have on yours.
I am depressed now.
Cheers
Richard

Great photos! Any suggestions on where to get info on building your own rod like that? I'm interested in building one myself.

dcopas78 said:
Great photos! Any suggestions on where to get info on building your own rod like that? I'm interested in building one myself.
Click to expand...

It's not hard. Attention to small details is the biggest thing. I'm sure there is plenty of info on the internet, I haven't built one in 17 years, but I did about 7 when I was doing it.

Looks a fun had by all. I love the pictures and what a treat of three days on the water and the cabin!
B

Glad to see Montana treated you so well. Looks like over the top fun!
You must log in or register to reply here.

B
I'd Rather Fish Anyway