It's been a whirlwind season so far, bouncing between school, work and hunting, but Kara and I have managed to make it out most weekends. We gave the elk hell in archery season when we could, but never quite connected. We did manage to kill a lot of grouse though. 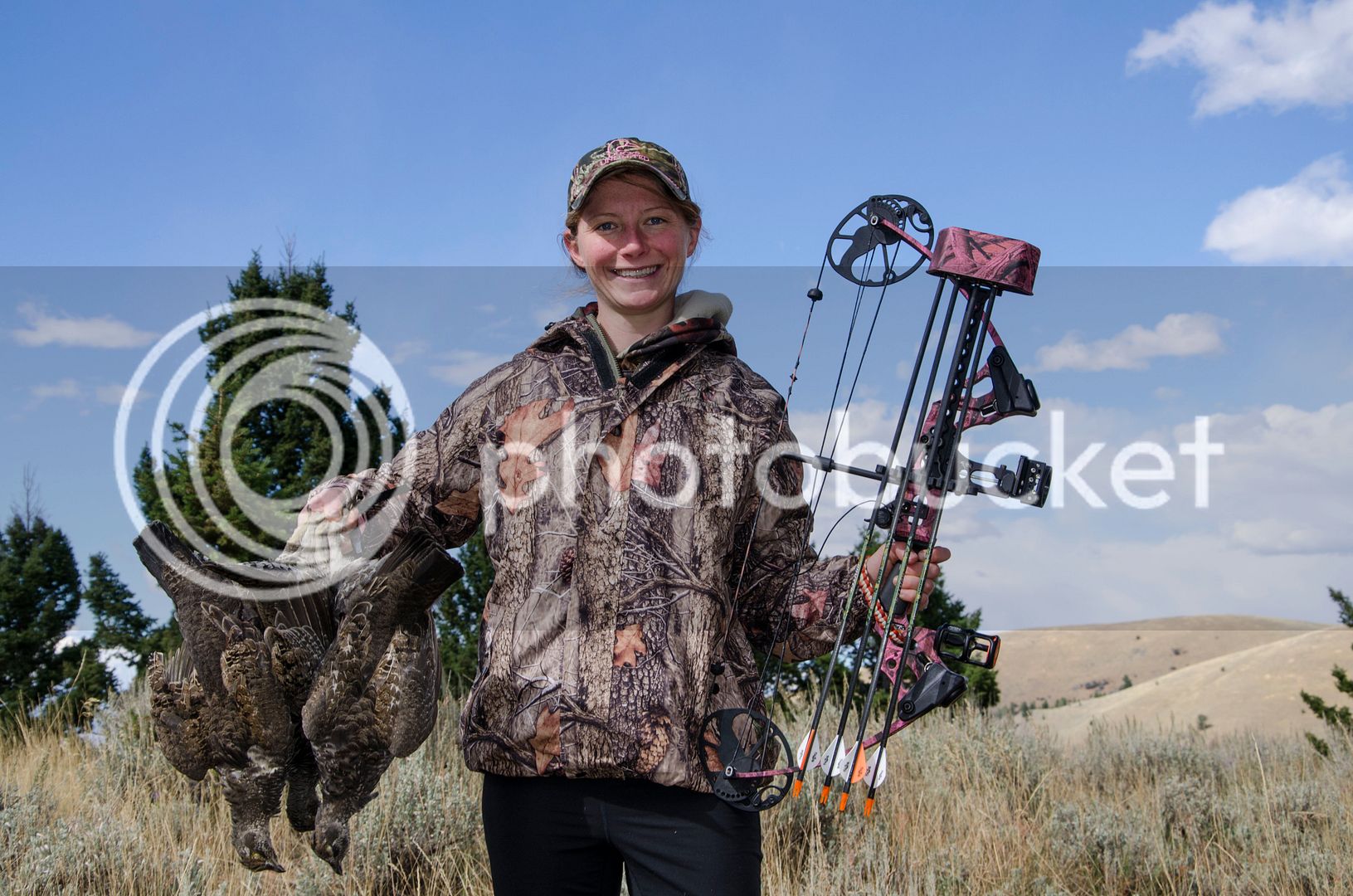 Last weekend however, we traded our bows for guns... which made things a little easier. I knew where about 300 antelope were hanging out in the flats where we started opening morning. It didn't take long for us to realize we didn't want to be a part of the fiasco which involved numerous hunters surrounding big herds. We headed to higher elevation and managed to find a herd with no other people around. We made a long stalk and ended up bumping them at about 100 yards. I then got myself in trouble for rushing Kara and telling her to shoot when the buck stopped at 200 yards.

That being said, I wasn't allowed on the second stalk. Kara snuck up solo on the group after they bedded 1/2 mile away. I waited for what seemed like forever as she slowly crept up in sage. I'm pretty impressed with her stealth and patience. She ended up sneaking to under 200 yards and waited till the buck stood up for the shot. 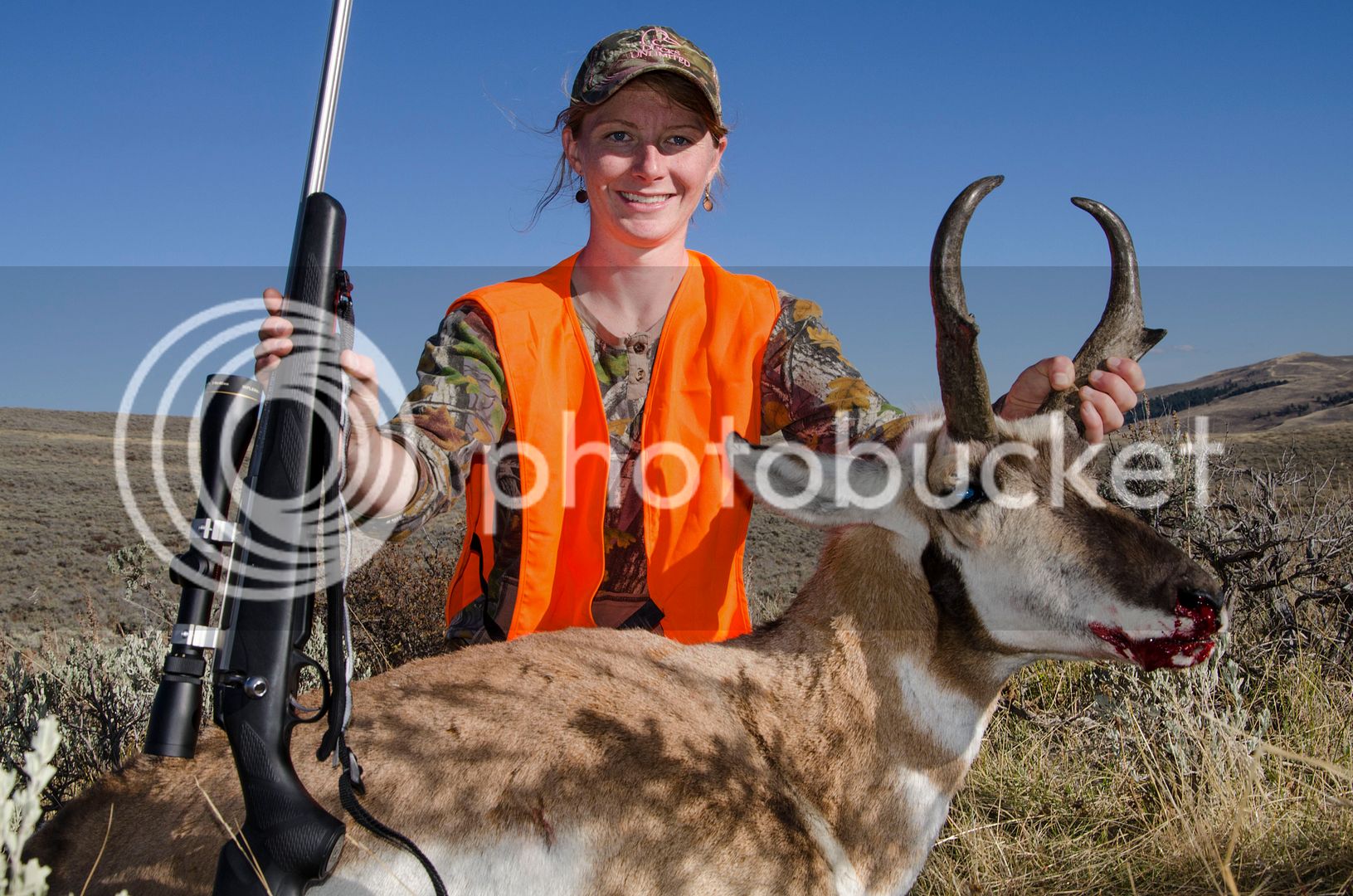 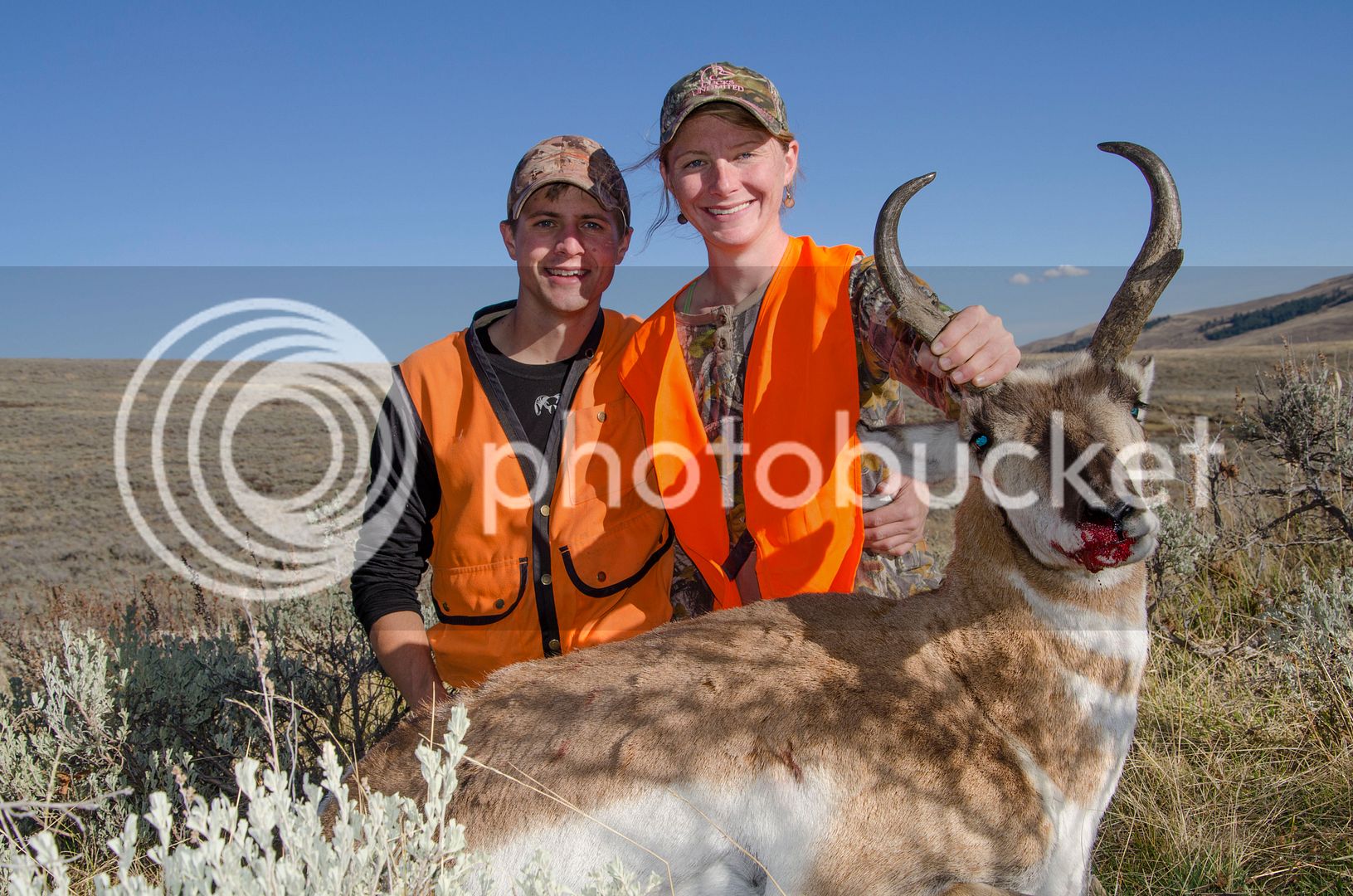 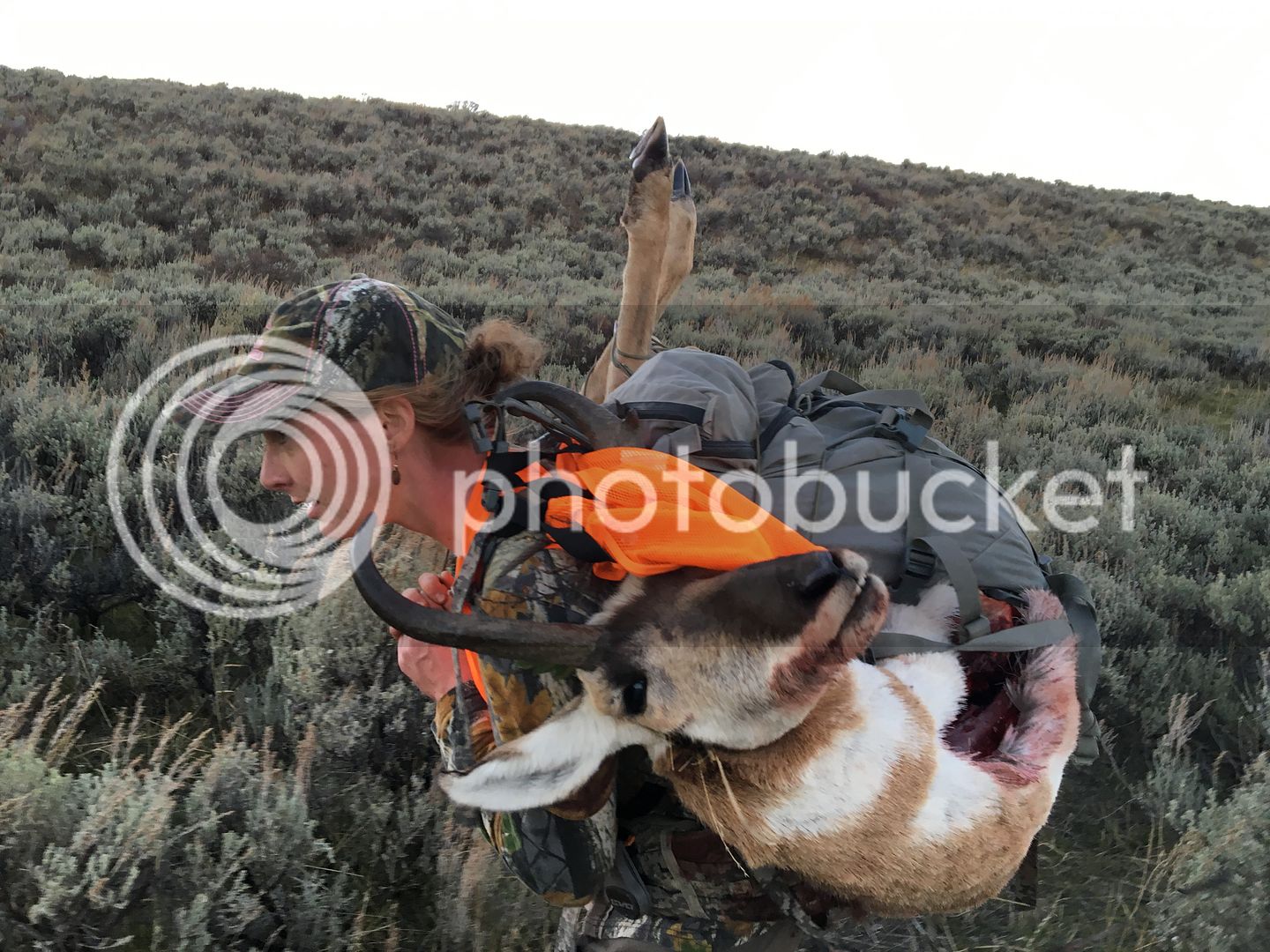 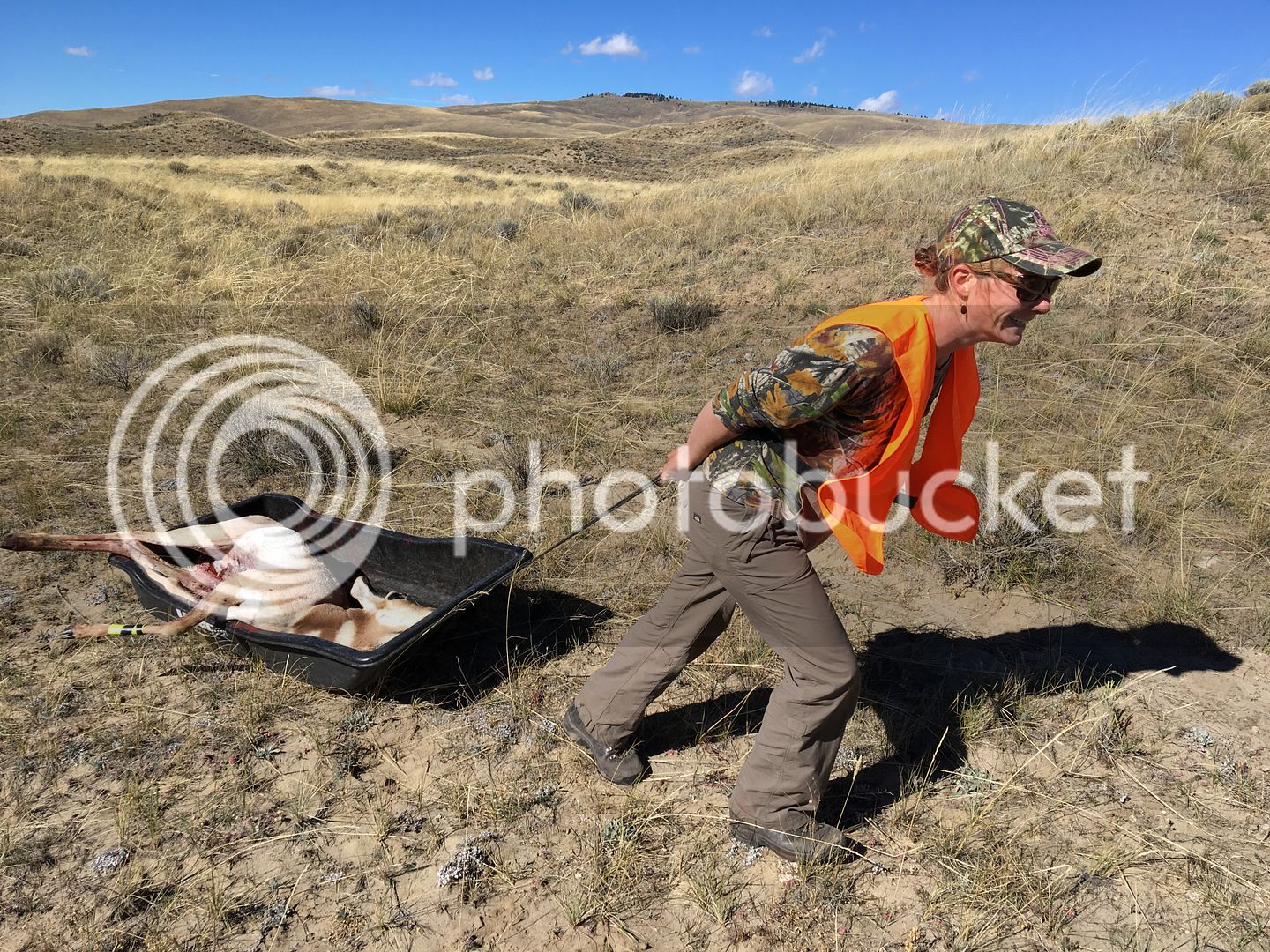 Tagged out on antelope we had an early start back towards Bozeman. We stopped for a bit to glass an area where Kara has a bighorn ewe tag and managed to spot a small group up high. With a decent amount of daylight left we decided to give it a shot. We booked it up the mountain and found the group. Kara made an awesome 200 yard shot and luckily the ewe only slid about 100 yards before coming to a stop. 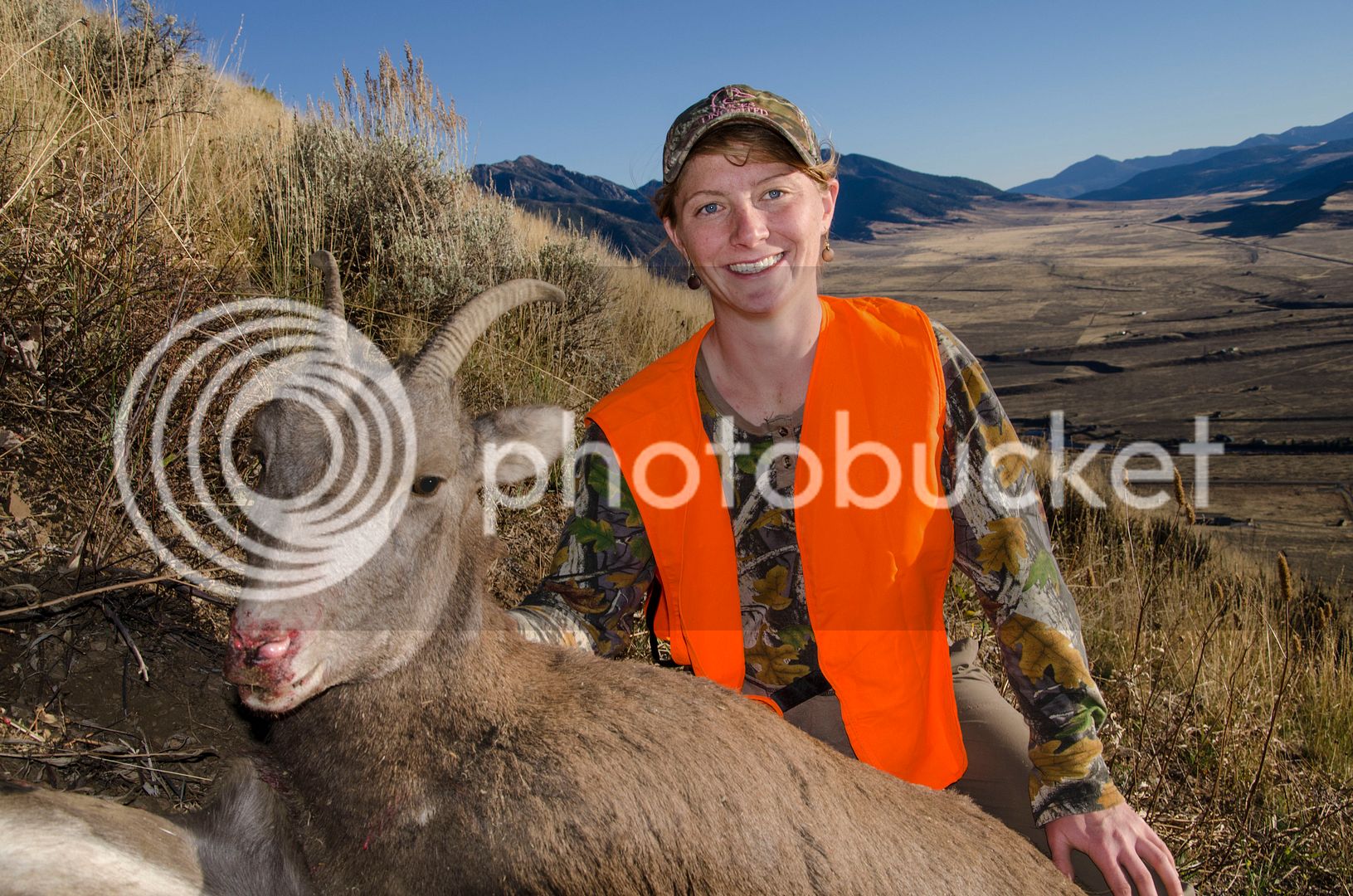 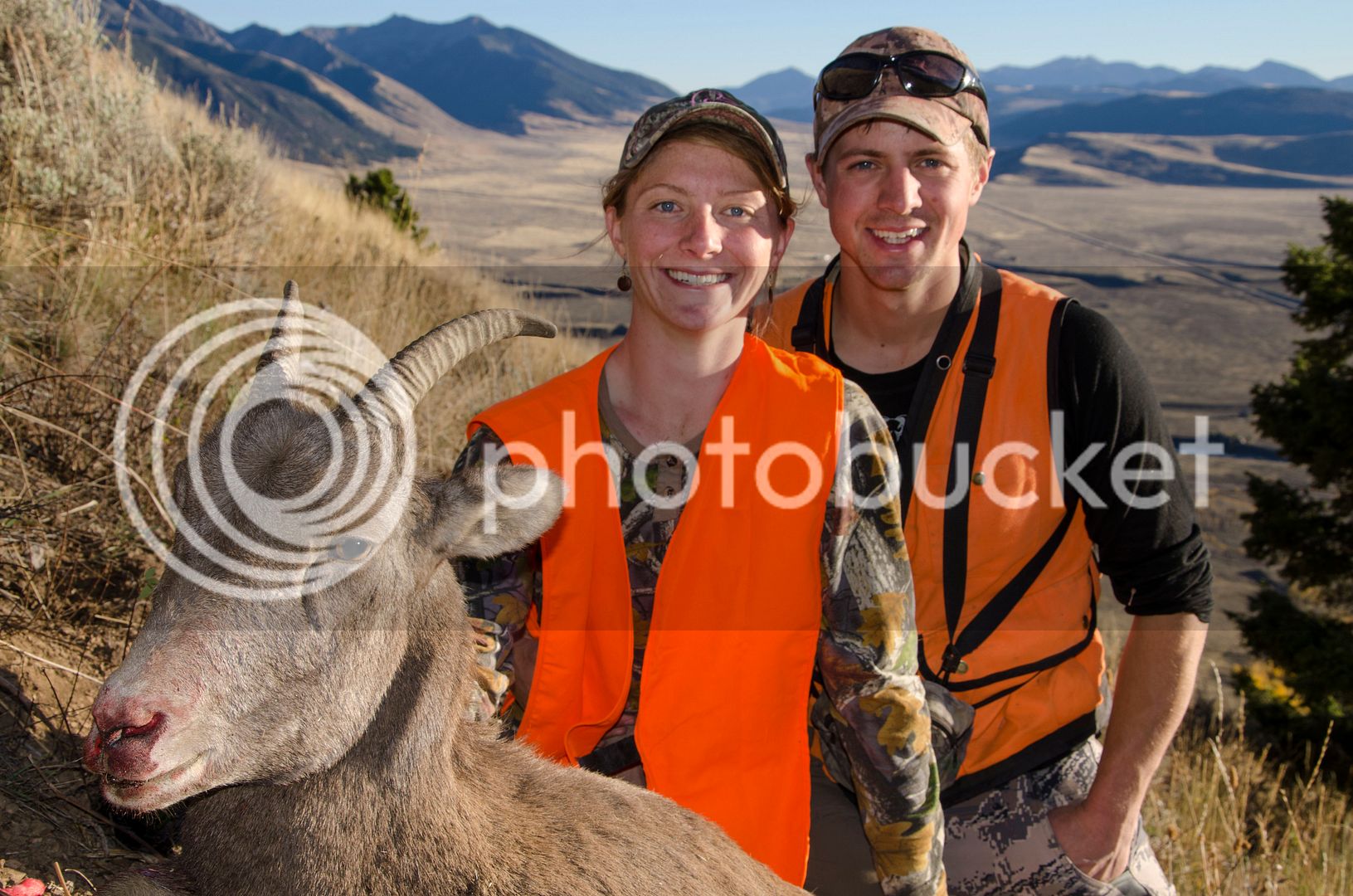 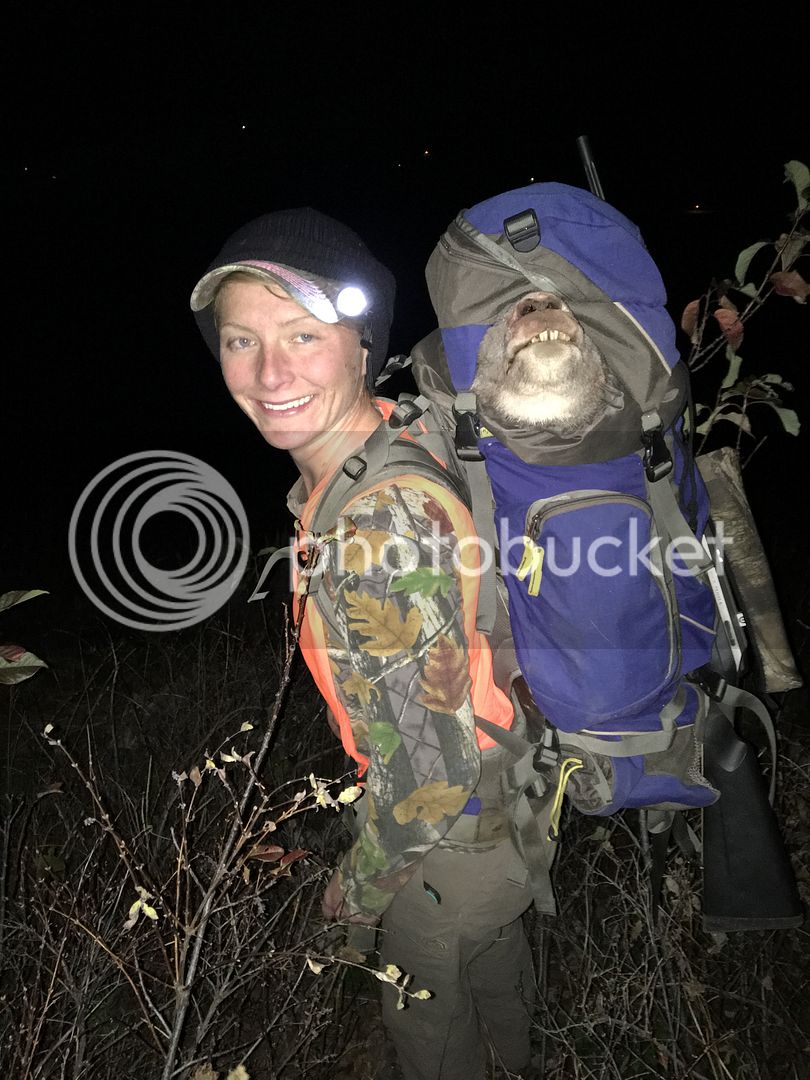 It was a great weekend, probably the most successful two days of hunting I've ever been a part of. Hopefully next weekend we will get some redemption on elk.
Last edited: Oct 19, 2015

Nice! Good luck on the elk.

Very nice! Am I the only one the only sees one picture?

They must not like being hosted by google drive. I switched and hosted them on photobucket instead.

I'd say that was a pretty productive weekend. Nice work Marcus and Kara.

Awesome pics and season so far!

Congrats on your great hunts!
E

Great Job!! Keep up the good work. Good Luck on the elk!!
S

A 'good weekend' is a bit of an understatement, filling tags and freezers in a hurry. Great photos too, congrats to you both!
You must log in or register to reply here.