Woodrow F Call said:
The thread could end after this reply.
Click to expand...

Well, I hope it doesn't any time soon. I am learning something here. I could have learned this stuff from my dad, but then he would have seen another opportunity to force me to sit at a table in the basement and learn (or try to learn) every little detail about ballistics, MV, etc. Then I would hate hunting and shooting like I did with advanced electronics.

You guys are a much better teacher.

There is a lot of minutiae one can sift through in regards to cartridge choices. However, most of them really have no significance in terms of real world usefulness under the majority of hunting situations. If you want certain things, like an ultra lightweight rifle or a long range rifle, then some of them become more significant. If you are recoil averse, that can influence your decision. If you handload that can influence your decision.

Is the 30-06 the best? I don't know. That depends on what you specifically are looking for. Can you go wrong with a 30-06? For 99% of most hunter's needs and application the answer is a hard NO.

Mark K said:
Can anyone come up with any legitimate reason not to get a 30 06 for elk and mulies?
Click to expand...

Woodrow F Call said:
The thread could end after this reply.
Click to expand...

What would be the fun in that?
M

I do that too. Always gonna have an .06. mtmuley

Mine is. With 166 Hammers. Taking it tomorrow. mtmuley

mtmuley said:
Mine is. With 166 Hammers. Taking it tomorrow. mtmuley
Click to expand...

How do the 166 performing for you? That the hunters or the sledge?
M

brockel said:
How do the 166 performing for you? That the hunters or the sledge?
Click to expand...

What velocity are you able to push the 166s?

While both the 30-06 & 308 are similar, consider this, the -06 has slightly more case capacity, the 308 has various factory ammo offerings up to 175gr. loads, where as the -06 factory loads have offerings up to 220gr, ( I have considered the fact that past 180gr. it's rare to find 200 & 220gr. loads on the store shelves for the 30-06, but occasionally you do), also depending on bullet weight one would see at the least a 200fps average gain in velocity in the 30-06 over the 308. Accuracy from both is similar, however due to the 308 producing less recoil with comparable loads versus the -06 it would presumably have an edge there. Most guides I have interacted with, when it comes to big game, such as bear, elk, moose and such, have all recommended the 30-06 as a minimum cartridge they would recommend. My personal preference is the 30-06, as much as I love my 270. 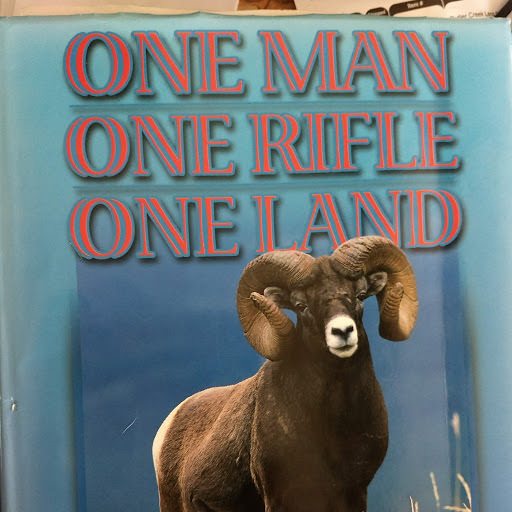 Only the mule deer required a second bullet. It was facing me, the bullet dropped it, but it was still alive when I walked up on it so I put one more into the chest. That was a good season.

With book loads - if you're a handloader - you can drive a 165 at well over 2900 fps for a surprisingly flat trajectory. I've also used the 200's on game with excellent results.

The 30-06 is just so boring though! You pull the trigger and the animal just falls over!

It still seems to me to be at that perfect intersection of "enough gun" and manageable recoil, firing bullets with respectable BC's and with enough velocity to do something useful with. It's why I think it will continue to be around for a very long time, how do you improve enough on it to displace it?

30-06 with 165 NABs at 2900+ FPS will be just fine for hunting just about everything in North America within reasonable distances. I’d you handload that is not difficult to accomplish with 4350 or RL17.

30-06 is a fantastic cartridge. I shoot nothing but 165 gr. Accubonds or Partitions in mine. Both chronograph at 2940 fps. I could use a different powder and probably get a bit more velocity but it shoots lights out so I don't bother.

280 AI another fantastic cartridge. I'm using 140 gr. Accubonds and Partitions in mine. 3186 fps with the Accubonds. 3230 fps the Partitions chronograph.

My family has been pretty new to the rifle scene being Midwesterners where we can't use them for anything other than coyotes. I'm not very knowledgable at all about them but for our second rifle we settled on a Tikka T3X in 30-06. My wife and daughter and I have shot cow elk, deer and antelope with it and it shoots 165 gr Partitions and accubonds extremely well. I recently just bought a .300 WM, just cuz I wanted one but that -06 shoots amazingly well and my girls aren't afraid of the recoil. It may be boring, because it has been around forever,but dead critter aren't!
You must log in or register to reply here.
Share:
Facebook Twitter Reddit Pinterest Tumblr WhatsApp Email Link
Top