Congrats!! Can you pass that horseshoe to someone else?

Congrats on a great bull.
Way to follow your instincts.
Its pretty cool when you see one that far off and he responds to a call.
I called one from almost as far once bivy camping up in a basin. That bull ran in to 60 yards...I was still in my sleeping bag.

Congratulations, @BuzzH. You made quick work of that opportunity.

Well done and a great bull.

Nice work. Seems almost too easy. That elk would have been hard to pass up if I had a tag, but a guy can't get too greedy. Haha

Beautiful country. Looks like a pretty great place to roam with a tag in your pocket.

Congratulations on a great bull.

Thumbs up Buzz, Thumbs up. Beautiful bull. Congrats on taking care of the gifted opportunity on day one.

Very nice bull Buzz! Happy for your success.
B

Baerman said:
Congrats Buzz!! Helluva bull. Can you share pictures of your previous bulls in here too?
Click to expand...

My first bull I put in for a crap tag in Montana for a few reasons:

1. I had a dall sheep hunt booked
2. I didn't have much leave and wanted to hunt closer to where I lived
3. It was any moose
4. It had really bad odds.

The season didn't open until Nov. 15 and went until Dec. 15 really a season to shoot moose off haystacks in the bighole. Found one good bull, too bad he'd already shed an antler. The other thing it was a real pain to get around to much moose country with the snow.

Ended up with this one, at least it wasn't a cow and did have both antlers: 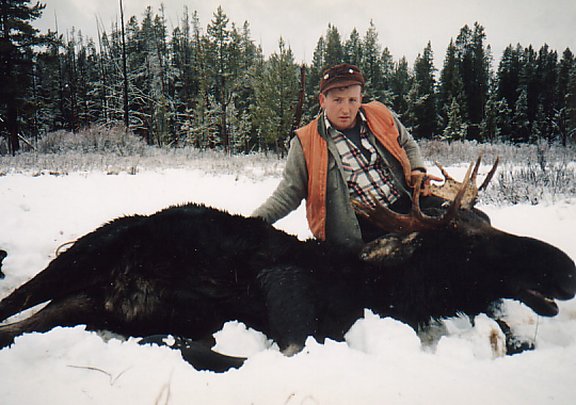 Second Shiras tag was 2015 in Wyoming, found this bull: 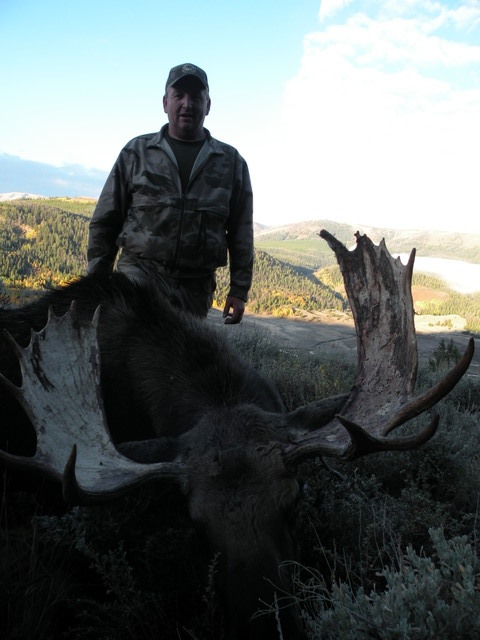 Sorry to hear about your COVID issues. A dandy of a bull.

Man you are one lucky guy....congrats !

Congrats on a great bull.
You must log in or register to reply here.