What's on the smoker today?

Man this reminds me I need to use my smoker....Hard to want to do that in -10 degrees.

wytex said:
So a conversation over beers led me to this: smoked ice.
Forgot to take a pic before hand, but put a 5 lb bag of ice in shallow pans with a domed foil cover to catch any drippings from the smoker.
Using hickory wood for smoke, leaving it in about 1 1/2 hrs to allow ice to melt and take the smoke.
I'll pour into ice trays and refreeze .
We'll be trying it this evening with a bourbon.

Wow, I thought you were kidding at first. You'll have to let us know how the taste is in your drink of choice.

We'll be passing through Laramie later this evening, driving with kids and listening to the Lion King sound track over and over makes a man thirsty. I'll volunteer as tribute for a taste test.

MN Public Hunter said:
Man this reminds me I need to use my smoker....Hard to want to do that in -10 degrees.
Click to expand...

I just smoked a couple hams the other day as my wife was having some folks over. I did two hams. One was about 6.5 and the second 5.5. I used Hickory wood and they turned out fantastic! Oh and it was about 10 degrees.

MN Public Hunter said:
Man this reminds me I need to use my smoker....Hard to want to do that in -10 degrees.
Click to expand...

The only problem with using a smoker in that weather is that you need to wrap an old blanket or sleeping bag around it to keep temperature.

Made 10 lbs. of spicy elk snack sticks over the holidays. Smoked for 4 hours at 125 degrees, finished in over on low. Like Cushman suggested, I used blankets (and boxes) for insulating the smoker to maintain temps.
The smoke and pepper flavor is great! 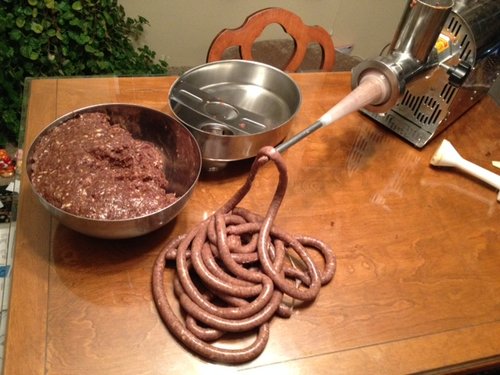 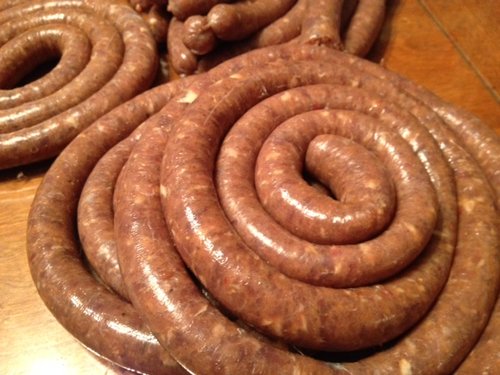 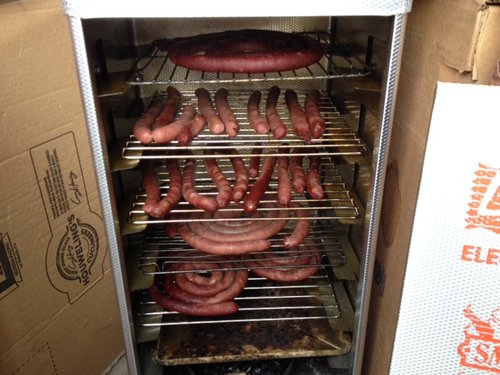 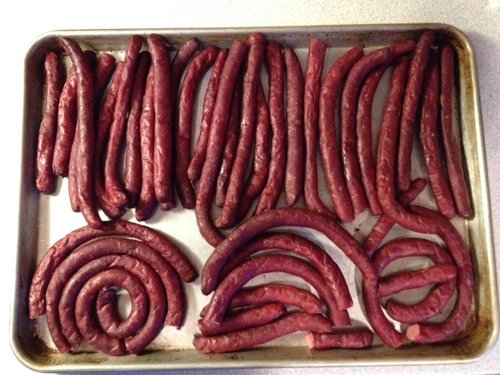 This thread has me hankering for baby backs...
J 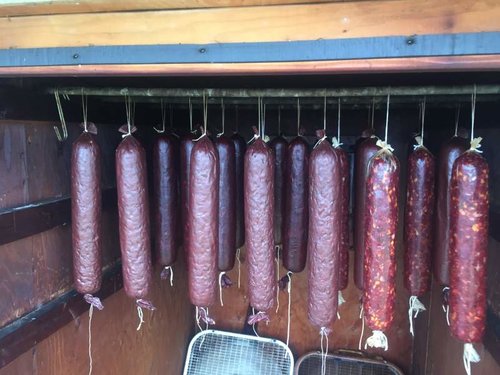 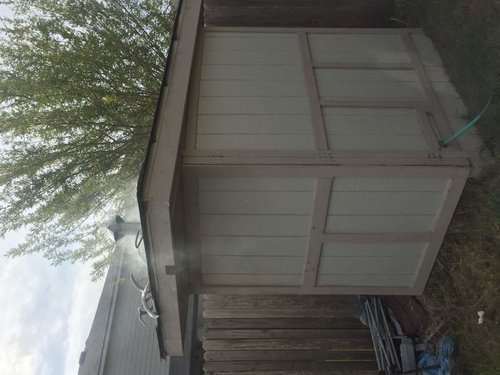 holy, you fellas sure are setting the bar high. most intrigued by the smoked honey, that sounds like crack. keep up the good work.

Smoked ice tastes like weak liquid smoke without the funky after taste. Makes bourbon resemble scotch without the chewing on peat flavor. Consensus is one cube is enough.

Looks delicious! Little to cold in MN to be smoking anything.... although today is suppose to be the warmest its been for almost a month
J

I am going to take my first shot at making venison pastrami on Sunday. i put the rub on Tuesday. I'll post some pics

Anyone firing up the smoker for the big game?
I'm going to throw a brisket and some pork ribs on Saturday morning, snow and cold forecast for Sunday.
What are you all smoking for the game?

And some sausage we made last fall, elk and feral hog german sausage.
1

I'll be throwing a brisket on the BGE sometime in the early morning hours on Sunday.

Fired up the smoker between flurries for our rib roast. Oak and pecan for the fire today.
Happy Easter everyone! 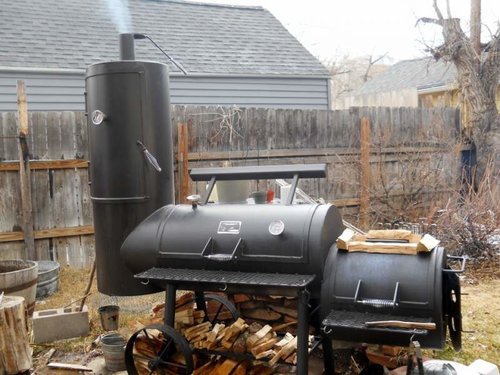 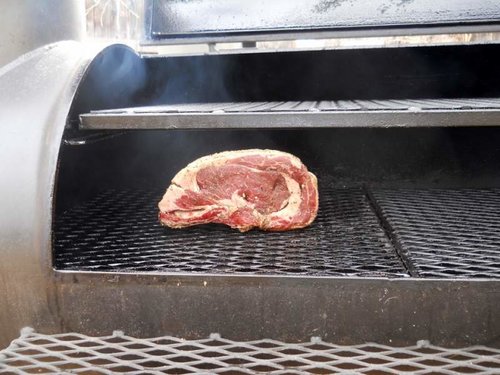 Smoked one yesterday. Those things sure do turn out great! Leftovers today. 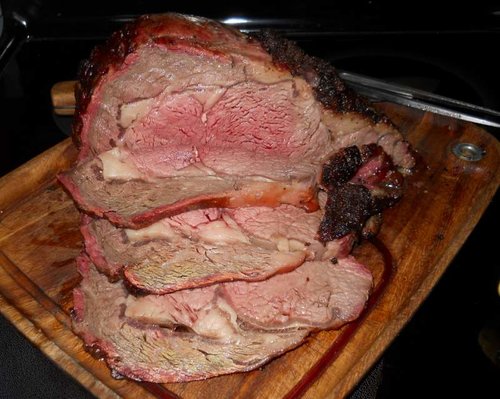 WHOA! That is amazing! Fantastic!
1

That looks great! Last weekend I did a full packer brisket for a get together at the house. Cooked a bit faster than I thought it would, but turned out well enough. The burnt ends went over VERY well. 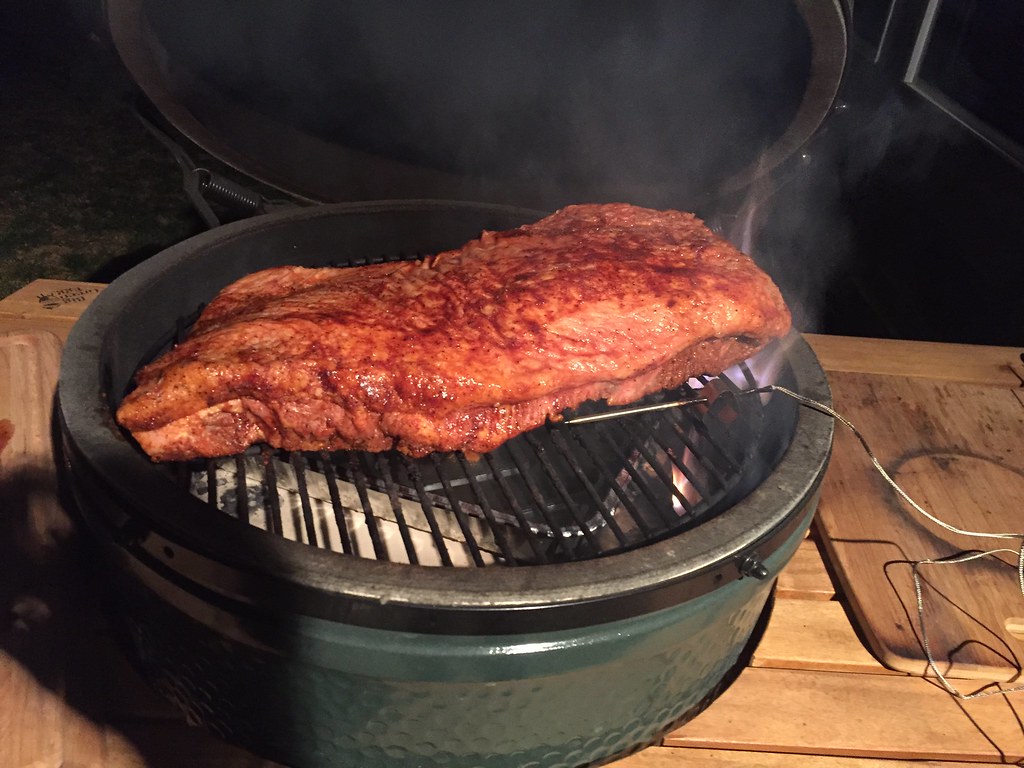 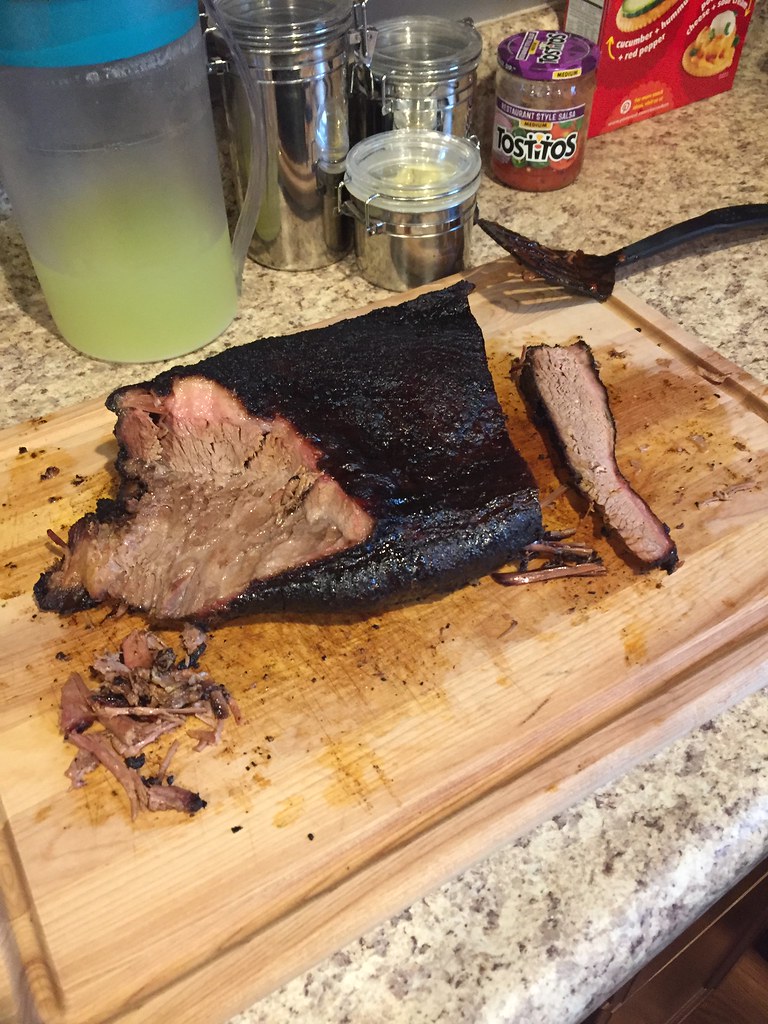