t doesn't seem to exist anymore due to the price and availability of ammo. .243 ammo seems to be out of stock these days a lot and so does .25-06 and .270. I consider .223 and 5.56 too small for deer. If somebody shoots a lot of gophers, somebody is going to need a twenty-two rimfire or a .22-bore CF rifle. It might be cost-prohibitive to shoot gophers with CF cartridges fit for deer especially for non-handloaders. There's lots of .308 ammo available and some for even under $1 a shot at Freedom Munitions. It might be OK for an occasional varmint. One will probably need a battery of at least two rifles to be well-rounded hunter if a lot of rats are involved like ground squirrel, rat and gopher.

Choosing a big-game rifle (like a Browning BAR Safari Mark II) in .3o8 to me makes it a:

I have the two auto rifles in mind if one just wants an auto battery. Virtually every new under-1,200-dollar big-game rifle out there stinks to me in quality or looks. I figure you have to go $2K+ for a nice big-game bolt gun. I figure if you are going between $1K and $2K in a deer-hunting rifle, make it a Belgian Browning auto classic. Also make it a .308 for a sensible big-game/occasional varmint caliber. If you like a bolt gun between one and two grand, you might make it a Winchester Model 70.

Why not a new BAR Safari Mark II in 6.5 Creedmoor? Browning simply doesn't make that animal.

The Browning website lists only these calibers/barrel lengths for BAR Safari Mark II (no BOSS):


Only the .308 on this list seems the most versatile and feasible caliber for readily available ammo. What about .30-06 you ask? Why more shoulder kick than you really need? Why a Browning BAR auto? It is a great recoil tamer in a .30-something (deer+-size) caliber. Heavy and gas-piston-operated. No fouling the breech area like an AR. It's also a pretty European-made rifle. It's reputed to be as accurate as a bolt-action.

You can get a detachable bipod like a Harris to make your deer gun an occasional chuck gun.

Let me tell you about a deer/occasional varmint gun I owned in the 1990's. It was a Leupold-scoped Browning A-Bolt II in .25-06 Remington. I took my buck in the morning and about ten ground squirrels in the afternoon on my guide's private ranch in Trinity Co, NorCal. The Federal Premium ammo I had then was 117 gr. BTSP. $1 a round even in 1996! Was readily available back then though. Mr. Rourke, my guide, suggested I bring a .22 over the telephone but I had no such gun then. I had already sold my Remington Nylon 66 earlier that year. It was junk. Mr. Rourke allowed me to get rid of some ground squirrel on his spread as a bonus fun event after the deer hunt. It was fun blowing them up with a .25-06. In standing-only field position and mostly without the support of a fence post, I could only connect with squirrel about half of the time. The gun-shy squirrel were usually about 100 yards in a wide-open field. It was a walking squirrel hunt on flat ground with cover so a low position like prone was not feasible and I had no bipod. One squirrel's brains was completely blown out of its skull. My A-Bolt II shot 1 MOA offhand on the bench. It was hit and miss standing in the field for those little rat-size targets even with the Leupold Vari-X II 1.75x6 32mm dialed up to 6 power. I did manage to get my buck that morning and I was in fact in the prone unsupported position as the deer was up a slight slope. I'm glad I did not spook the 100-yard deer moving from standing to prone. In the field, I always strive for the most stable position available whenever feasible. If the ground were otherwise wet and muddy, I probably would have shied the prone in my nice clean Pendleton and orange vest. I have not had any practice or training with the kneeling or squatting position. I practiced and sighted in my rifle at an outdoor range with a bench. I could either sit at the bench or stand to shoot. In the army, BRM offered the foxhole standing position and prone unsupported for qualification.

PS - Freedom Munitions is my go-to online source for trying to get ammo on a budget if local retailers don't have what I hunt for and at a price I can live with.

I made this "fun" chart based upon popular calibers they have right now in stock and their low-end prices for each. .30-06 is a whopping $1.59 per pop while .308 is a more reasonable 80 cents per round. .45 ACP in 230 gr. hard ball is not bad at two shots for a buck. A brick of Norma .22 Long Rifle can get you four dead rats for a dollar. You can get two dead chucks with .223 Remington bought with an American greenback George and still have slightly under one bit of change left over. 5.56 won't quite get you two dead chucks for a buck unless you get really lucky and take a double with just one bullet. 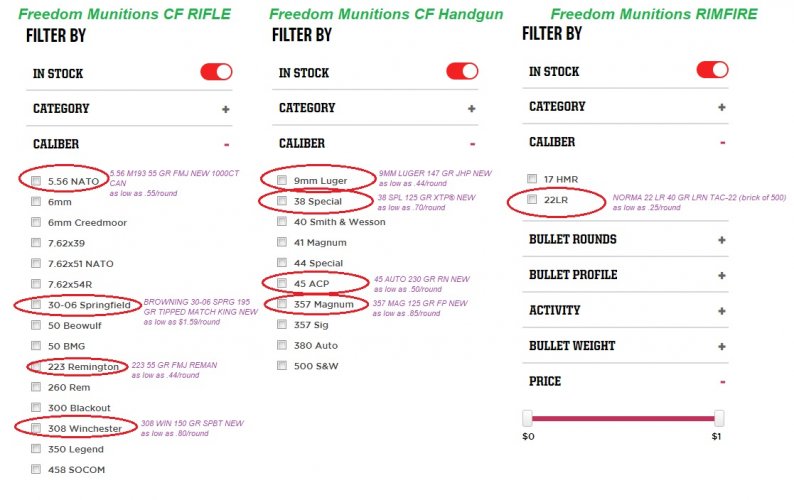 I've never seen the point in the ignore button but......

Just how do you shoot offhand on the bench? Wait. Never mind. I might get an answer.

Dave N said:
Just how do you shoot offhand on the bench? Wait. Never mind. I might get an answer.

You stand on top of it. 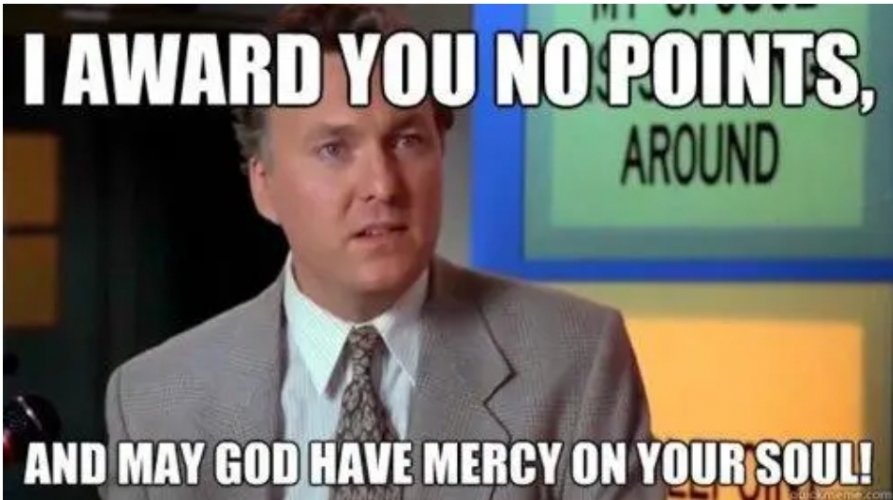 Congratulations on your deer and your strong opinions. Ignore the haters. They're just mad because you stereotype and insult your fellow hunters and members of this site without any provocation or reason besides your own curmudgeonly ignorance. I for one am thoroughly enjoying your threads. Don't ever stop. Ignore reality if it conflicts with your feelings. Tell us how things really are.

Would you just buy a gun already? Plenty of good cheap rifles that kill. Plenty of nice expensive rifles.

I killed my first 4 bucks with a savage 99. I killed the next 8 or so with a butt ugly stevens 200. No deer was any dead-er than another. Buy something and tell us how the hunt goes afterward.
S

I don't buy factory ammo.
So your point to me is moot.
M

I think it's funny this member bothers so many people. mtmuley 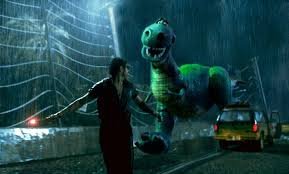 mtmuley said:
I think it's funny this member bothers so many people. mtmuley
Click to expand...

Maybe he's the one that will finally bring us all together!!!

Why does this guy look like he's in between sobs for these pictures? 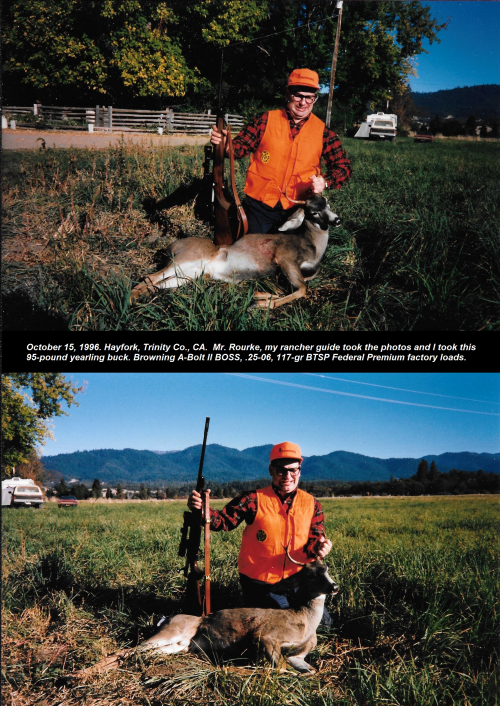 Boy there is a lot of right answer's to this question and just depends on who you are. Perfect deer/varmint gun for me would be a bolt action in probably 25-06. If time's were to hard and ammo short not many of us would shoot varmints anyway but, I would now and then just for practice! For deer, I would probably just get doe tags, not big into trophy hunting and lots more does around than decent bucks. If everything went to h*ll and this was for survival I'd hold onto my 22 mag. Lot harder to hear a 22 mag go off than my 243 and be like ringing a dinner bell with pretty much any rifle in any case. I think the cartridges I'd avoid would be everything from 7mm up, no other reason than eliminating all the recoil I could. But then I could go to a 7mm up and go with cast bullet's. Have loads I used in a 30-06 with 180gr bullet's that recoil about like a 22RF and about as quiet. Friend of mine in Montana years ago had a 350 Rem mag he used with cast bullet's and it would cut it too. Like I said, there's a lot of right answer's to this one! 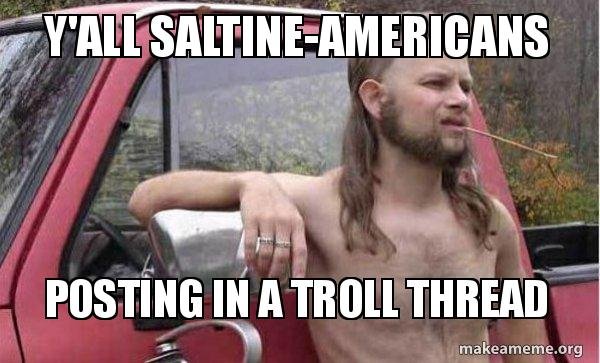 I think the OP needs to start reloading! In less time than he spends rambling and cut and pasting, he could reduce his cost per cartridge by up to 90%.

.257 Wby Mag is the right answer for deer and varmint feral hogs. I hear of seasoned elk hunters who swear by it...
L

noharleyyet said:
.257 Wby Mag is the right answer for deer and varmint feral hogs. I hear of seasoned elk hunters who swear by it...
Click to expand...

Make it stop.
You must log in or register to reply here.

The CZ 557 American is now discontinued.