The Bull of my Lifetime

After 13 years of applying for elk in my home state of Wyoming. I finally pulled a tag...and in a mountain range I had never stepped foot in! I only made one scouting trip into the area to learn what little roads there were, see the country, and hopefully find some elk. I did find a couple big 6 points but that's about all I knew about them, as they disappeared before I could size them up.

My very first evening hunting the area, I called in a 340 bull to 18 yards. This was a solo trip for me, and I got in too close to him. He came on facing the last place I called from...and I had only been able to move a couple of steps from that spot. Busted with just his head in view. On my way down the mountain I saw 2 other good bulls that looked to be 320-330 or so. The next day I spent ALL day in there. Never saw an elk, or heard a bugle.

I figured it was time for a change of plans the next morning, and I went to where I had found all the cows during my scouting trip. I was able to spot this guy working his way towards his bedding area with 8 or 9 cows. Looking at him from 2 miles away through the spotting scope, I really didn't know how big he was but knew he had great tine length. The fog rolled in so i decided to get closer. Thinking these elk were going to head to the north facing timbered ridge 400 yards away from them I set my course for that location. As the fog started to rise I was 1000 yards from them and they were still in the same location. Thinking I may be able to cut them off as they headed for that ridge I altered my course a little. I never saw them cross the big opening in front of me and knew I was close.

As I popped up over a small rise on the open ridge I spotted a cow at 15 yards, bedded, and looking dead away... Thank god! I slipped around the backside of that small rise and this guy was bedded all by himself to the left of his herd of cows. I slipped into 38 yards and knew then that I would definitely shoot this bull. Debating on if I should cow call to stand him up or not I chose not to for fear he would stand and face me. I felt the mid morning wind start to swirl and one of his cows over the hill from me must have smelled me, as he stood up and started walking perfectly broadside. I drew, cow called, and stopped him. Settled my 40 yard pin mid lungs and let her fly. I heard the arrow hit but didn't see it. As he ran off I saw that magical red circle start to form. 5 seconds later he was fading to black as he started doing the "sideways run" down the mountain, and fell over dead. He went 80 yards and lived for maybe 10 seconds.

Solo, DIY, public land adventure in Wyoming. I later rough scored this bull at camp and came up with 365. A bigger bull than I ever dreamed of shooting in my life. Day 3 in a new area, in my home state, with a bow...I never would've dreamed of that! Anyway here are some pics

Here is a pic that I'm lucky I got away with. 38 yards as I sit and wait for him to stand up. Notice the fog lifting in the background. 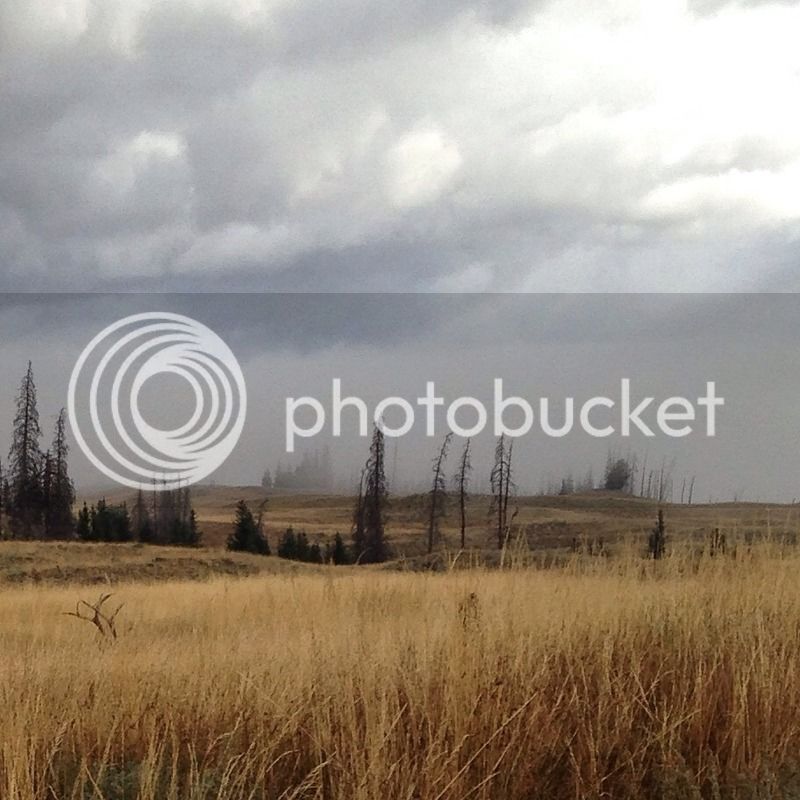 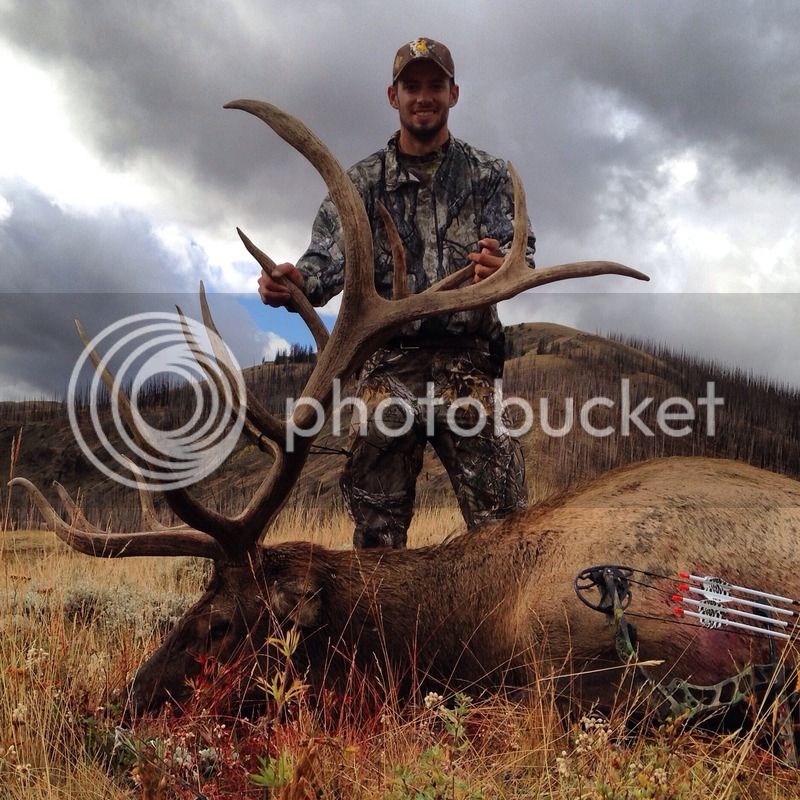 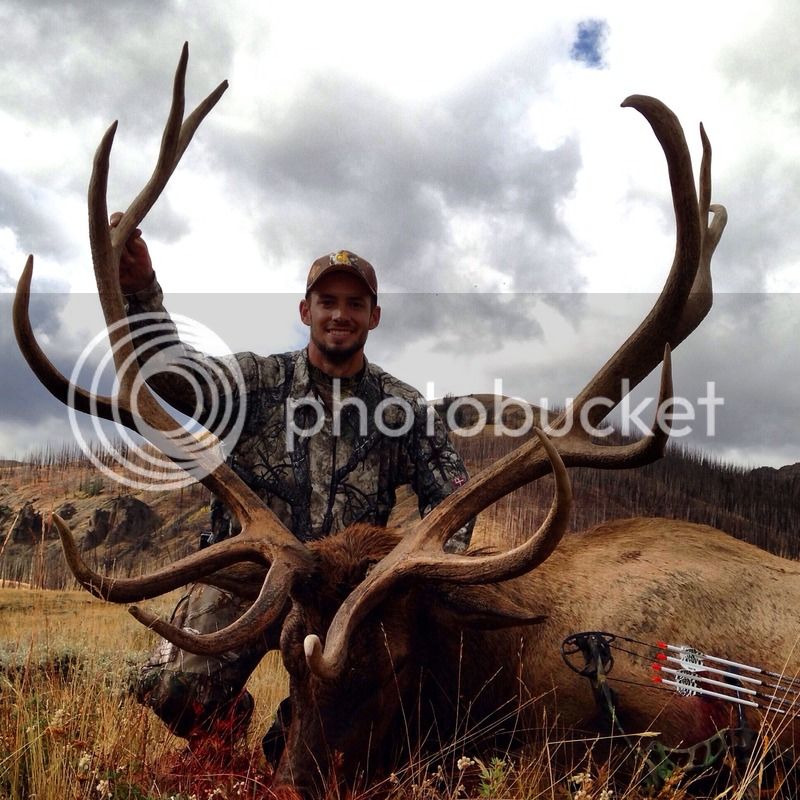 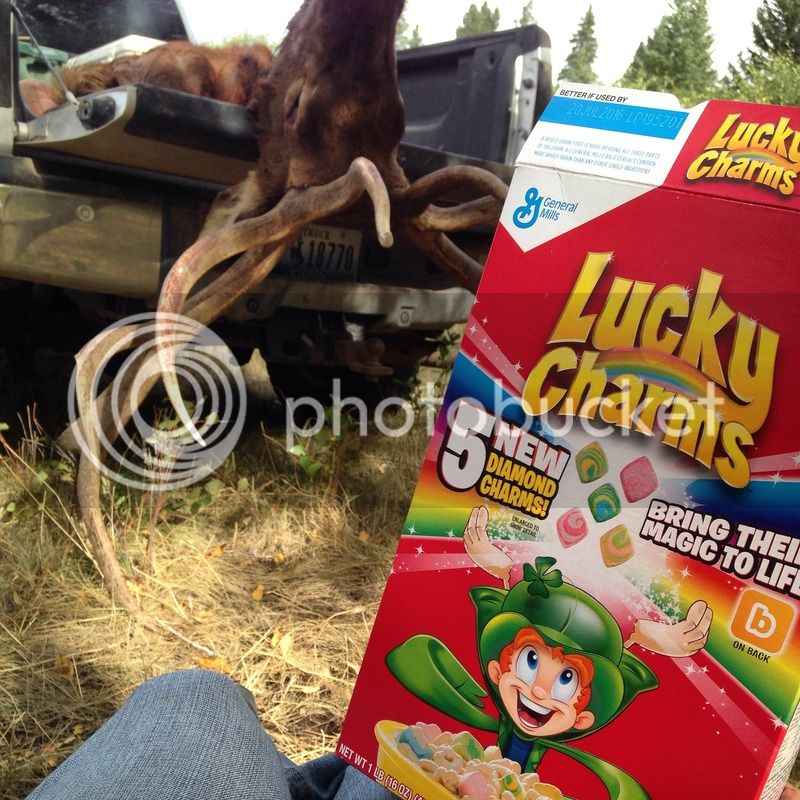 Wow, congrats on a great bull!

Very Nice, Congrats. Love the photos and write up

Man that's a cool looking bull and an awesome picture with the fog in the background.

Awesome! I would have been way too puckered to be able to take a picture of that thing while he was laying there at 38 yards.

Wow what a bull!

wow , so close and the nerves to take a picture , great bull
S

It gets no better than that! Great hunt. You did it right. My buddy did pretty much the same thing, only he is not from Wy, but just went with some friends. His bull is a 330ish.

Way to get it done, beautiful bull!

Gonna be hard to top that.

Congrats on a great hunt and a great bull
T

Congrats! You'll be smiling on that one for years.

Awesome story, awesome pics and awesome bull! Congratulations!
You must log in or register to reply here.