Hey guys....been a while since I've been on and even longer since I've contributed. It's amazing what happens when you run out of school and have to start working for a living.

The start of my 2015 has been pretty dang good and just wanted to stop in and share. It started in January down in Mexico where I was able to take my largest coues to date. We hunted a new ranch and we all did pretty well compared to reports we were hearing from other ranches this winter. 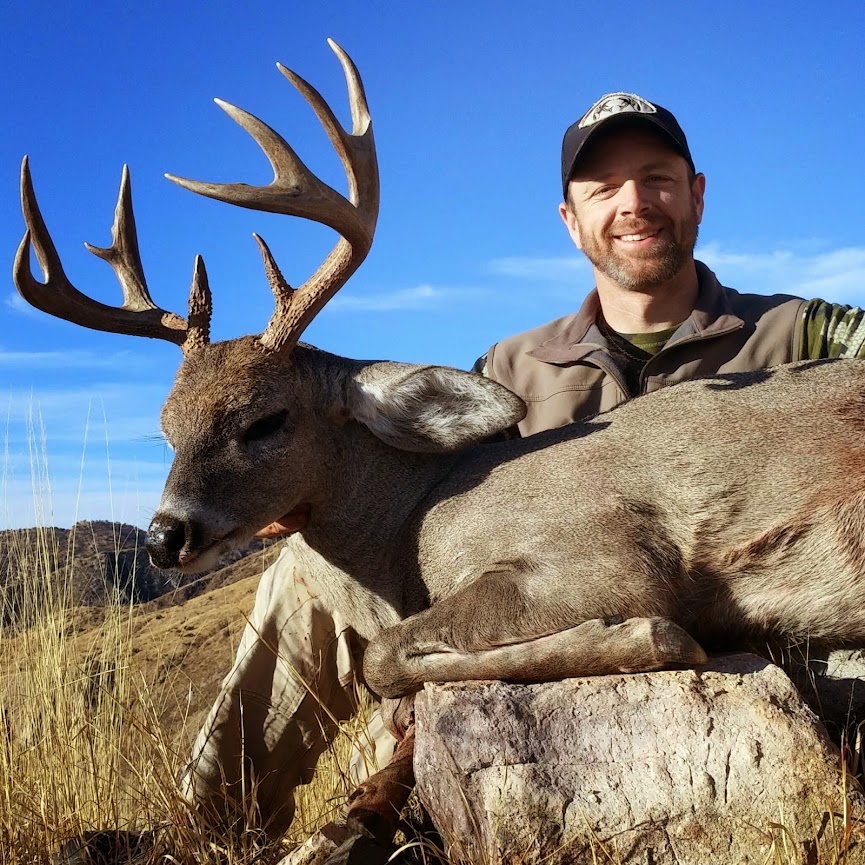 Here is AZ I was able to hit the Spring Draw lottery by drawing both a Goulds Turkey tag and a Buffalo tag. It was a blessing and a curse as they were on opposite ends of the state. I started hunting Buffalo in February and realized early that they would not migrate in to the area we could hunt them until the weather warmed and the snow melted. So the first part of April was spent along the Mexico border scouting birds and prepping for that hunt. Opening morning I was able to get in to this Tom with two of his buddies and about 8 of their ladies. Not bad to be done 30 minutes in to a hunt... 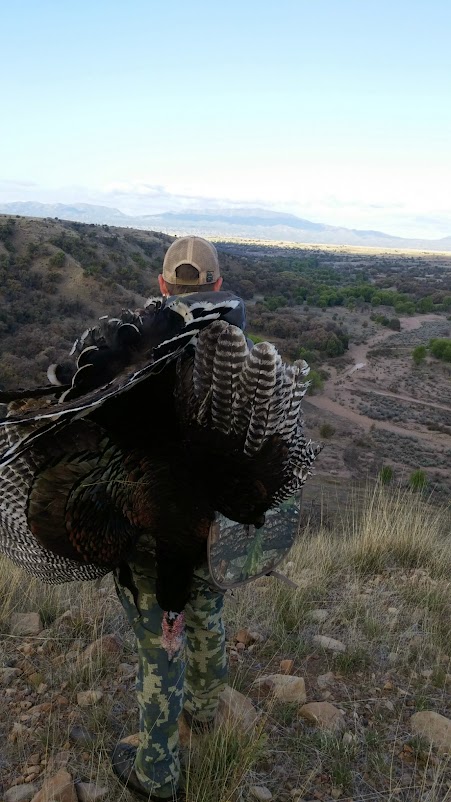 Now the Buffalo hunt wasn't so easy. The weather this Spring here is AZ has been pretty mild with above normal precipitation. That means that on the Kaibab Plateau it snowed....a lot. Every weekend I left Phoenix it began snowing and/or raining up there and every day I left it cleared up. The weather kept the animals on the Grand Canyon National Park and out of the unit we could hunt them. Finally on the 20th day of hunting this guy made a 10 yard mistake and crossed the boundary line.... 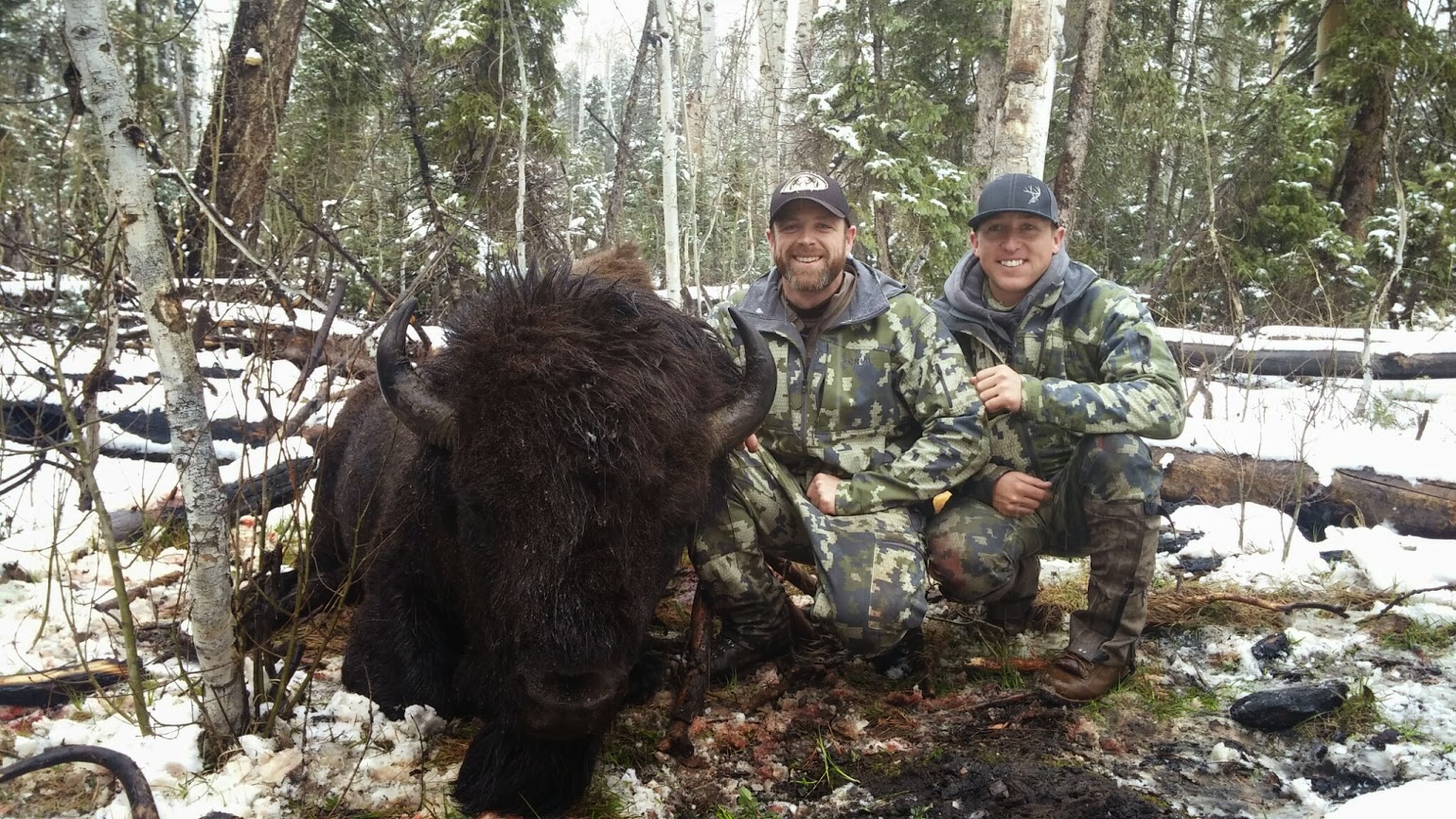 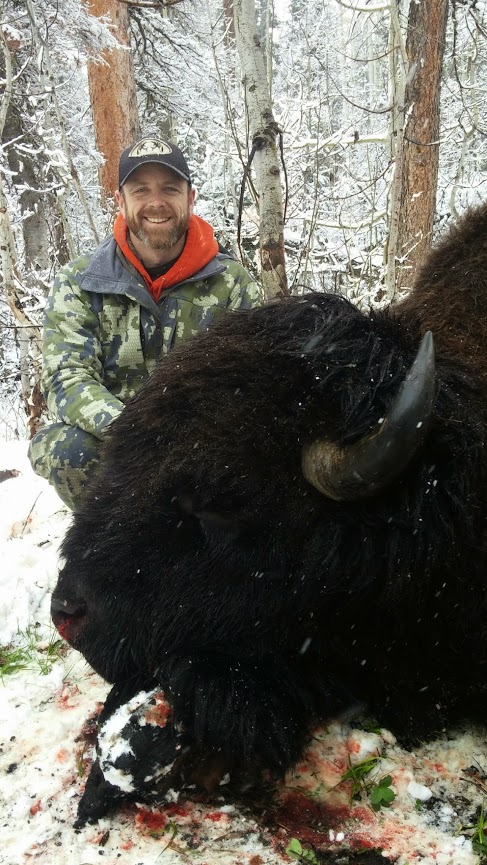 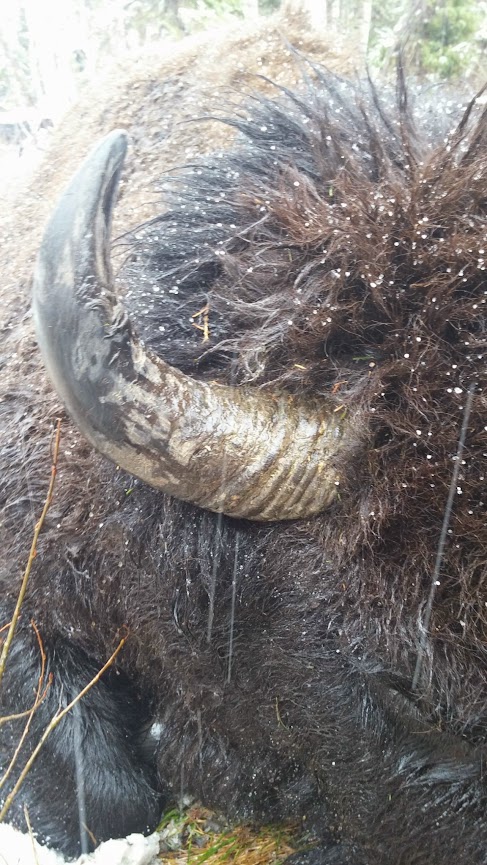 We estimated this old boy at 10 years old and he scored just over 112". Little shy of B&C but I couldn't be more happy with him. This was the hardest hunt that I've ever had as you are completely at the mercy of the weather and the animals. Almost glad it is a once in a lifetime tag.

Thank you to all my buddies who helped me on this hunt as you can't go about it alone.

Obviously kidding. Tremendous success and thanks for sharing! That coues is giant!

Good start?!?! I'd be content to call this an account of my 2015 season! Congrats on a great start and hopefully you have much more to report for the rest of the year.

That buff is sweet
1

Holy moly! That's a super impressive start to the year. Great Coues and picture. Well done all around!
B

Yeah the Gould tags are tough since there just isn't that many of them available. The reintroduction of them to Southern AZ is going very well and there are a few more tags each year being offered. Really fun hunting turkey in a desert landscape and they typically respond very well to calls and are super vocal.
?

I enjoyed following along on your buff hunt all spring, that sounded like a true test of resilience.
B

I enjoyed following along on your buff hunt all spring, that sounded like a true test of resilience.
Click to expand...

Thanks bud. That Buffalo hunt was quite the challenge of patience and will.
B

Looks like a great start to me...congratulations on some very impressive critters.

Jumped out all over us. Great start indeed!
You must log in or register to reply here.