My 9yr old was bound and determined to get a deer at age 9 like his older brother had done. We tried during the general hunt but weren't successful in getting a deer. I had a late season tag so we still had a chance. We convinced Momma that it would be worth it to miss school for a day and we were off.

Here he is all ready to go. 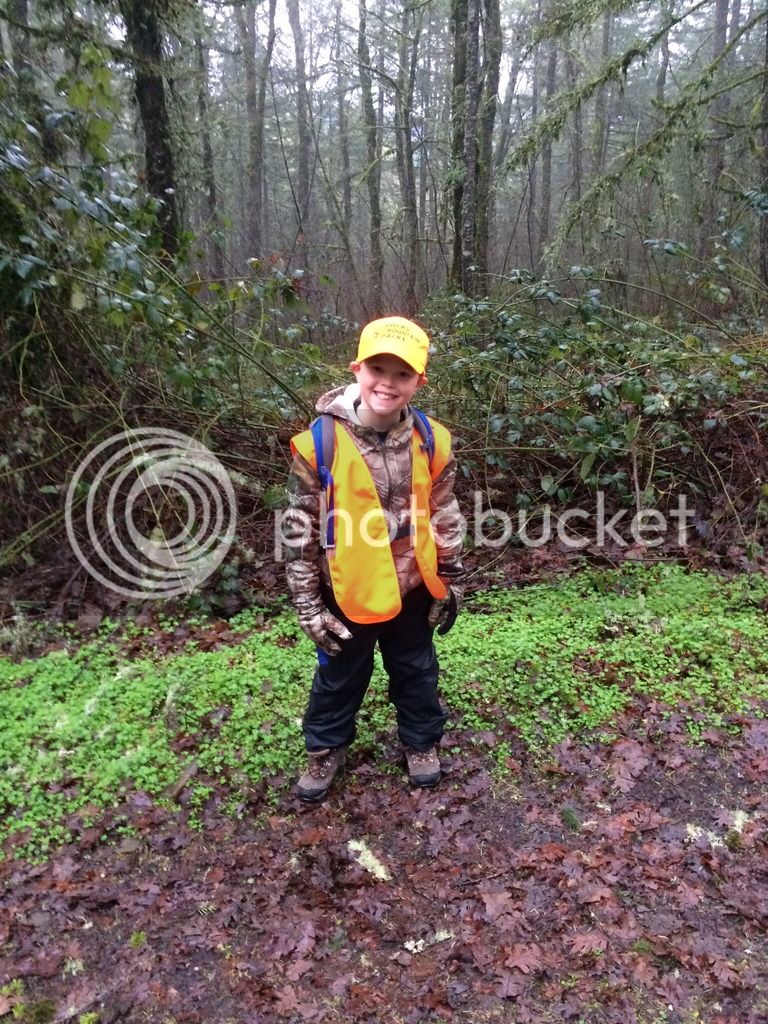 One of many snack breaks. 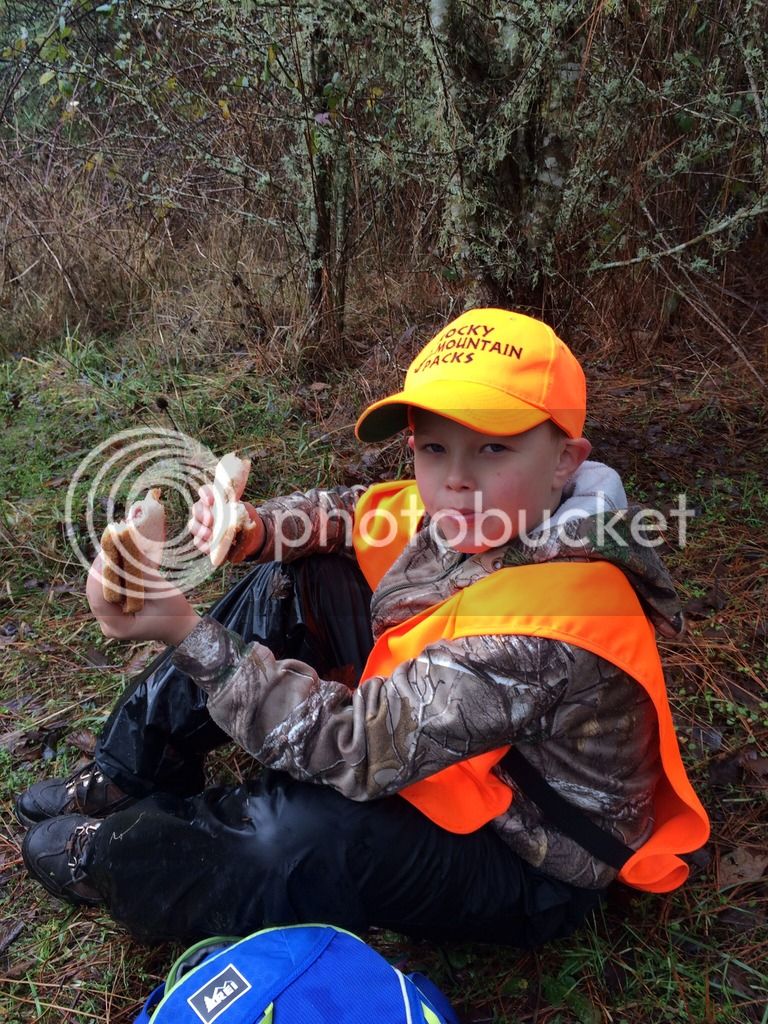 After 3 hours of bushwacking through the brush and blackberry bushes, I was able to spot a bedded doe about 80 yards down this opening. 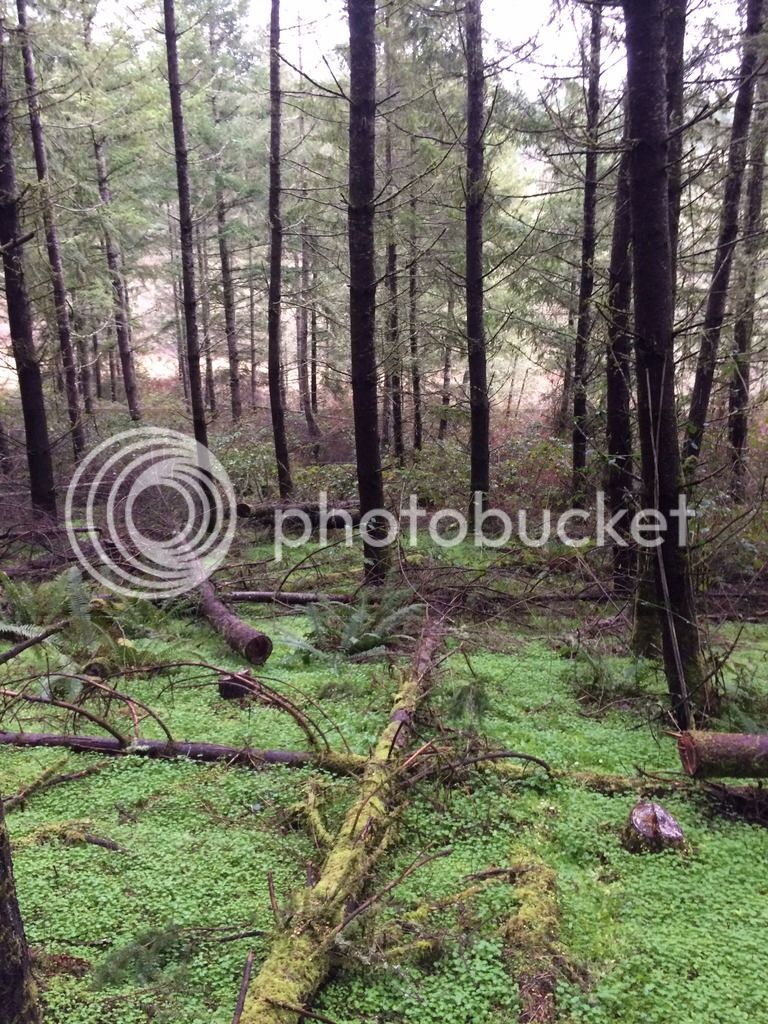 It took us a bit to get him set up where he could see the deer through the brush. At the shot the deer disappeared. Found her still in her bed. 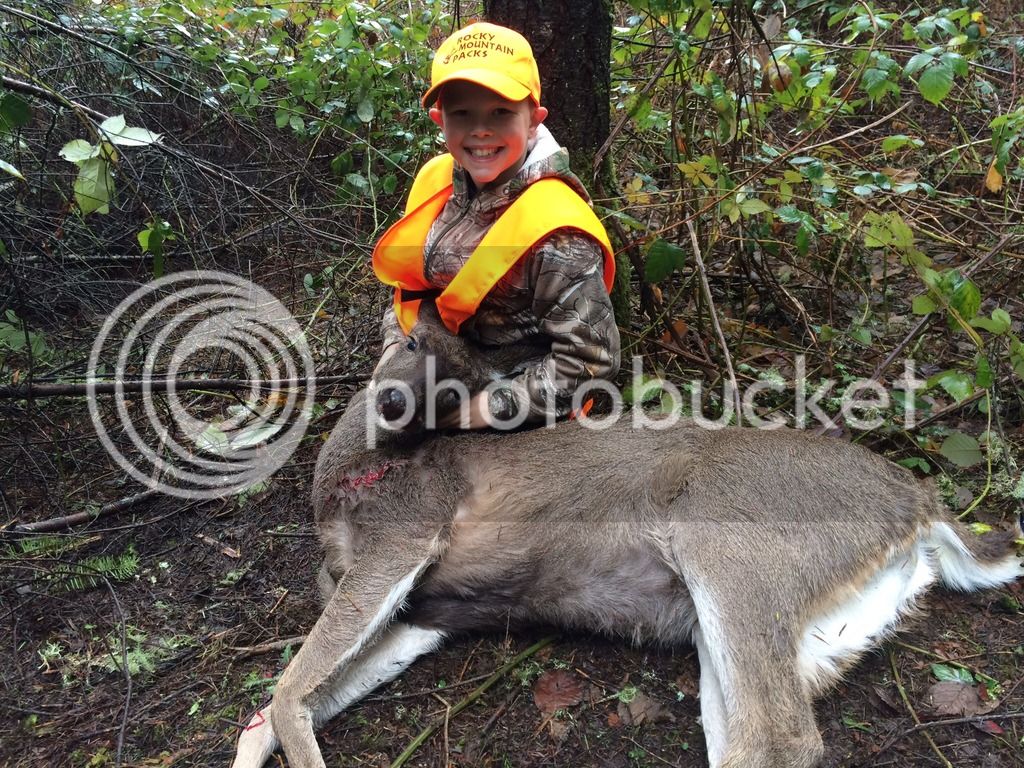 He loved helping with the quartering and even wanted to do some dissection after the fact. 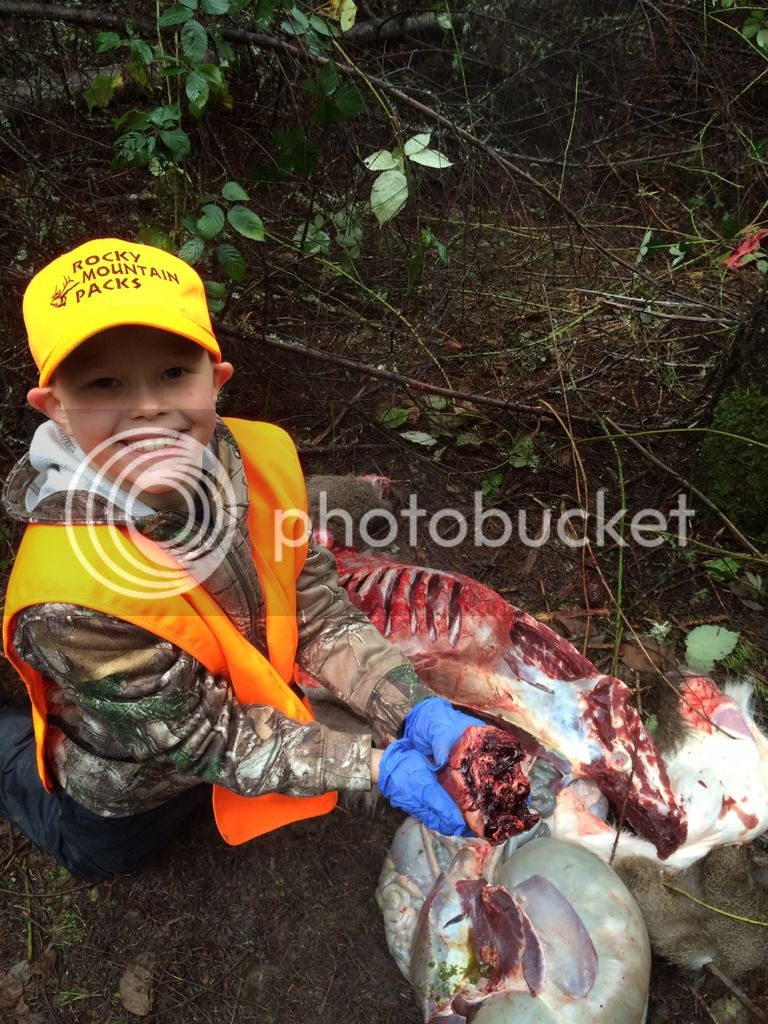 Of course I ended up being the pack mule.

3 miles back to the truck and we were off. Stopped for lunch on the way home and then he was out in the back seat. 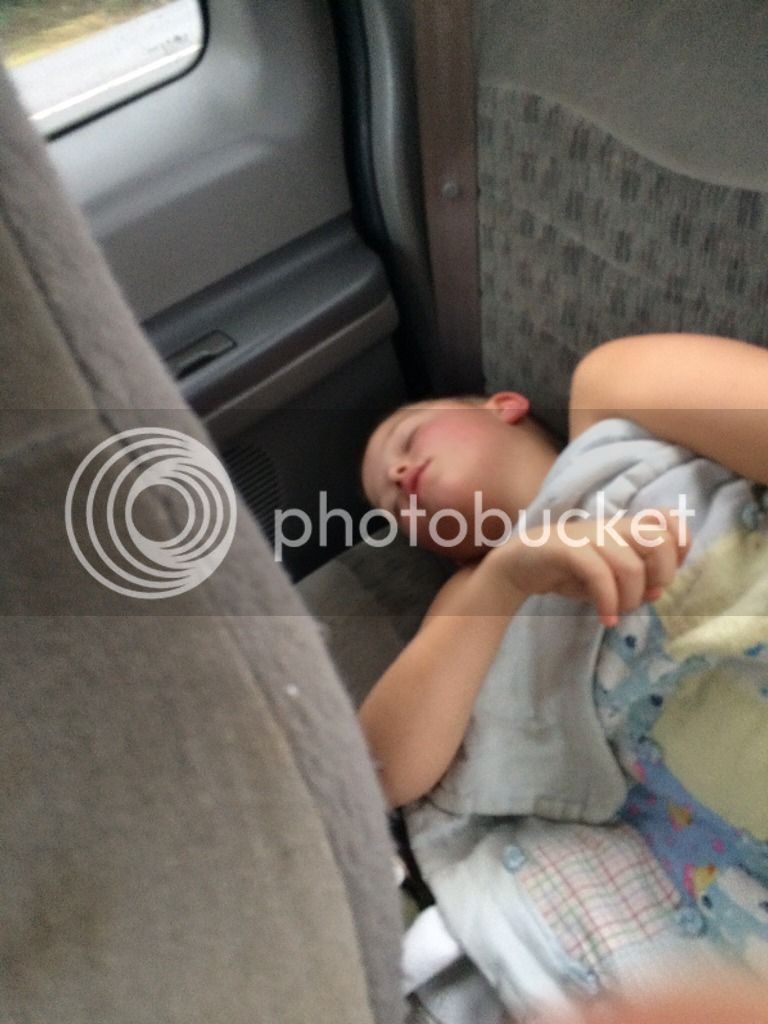 Doesn't get much better in my book.

That's great. His smile says it all. Congrats.

Now that's a real trophy hunt! The smile where he's holding the heart definitely says it all add one more lifetime hunter to the list.
Last edited: Jan 23, 2016
B

Can't beat that day. Good confidence builder making a quick clean kill with your first try. Congrats to you both on a great day of hunting!
J

Good on you both, thanks for the story and the photos.

Cool day in the woods. How can he be 9 already? Congratulations

That's the way to stick it out till the end, and never giving up!
Can't beat that smile either!
Congratulations to the bother of you for a successful hunt, and to the young hunter for a clean kill! Nice shot.

And to Momma, he didn't miss school!

He's hooked! Great job by both of you.

What it's all about.

Way to go! My youngest son is adamant about getting stuff at the same age as his older brother too. Well worth skipping school.

Congrats to the young man on a job well done!

Way to go dad!! Your son is already hooked!! Congrats to him
R

That is awsome. My boys are in upper teens now and I really miss the days we spent together when they were young. We still hunt together but its not the same.

As important as school is, your son learned invaluable lessons that day in the woods. Great job of telling the story in photos too. Congrats to both of you on the deer, but even more so on the relationship that a father-son hunting trip builds.

Great way to spend the day with your son.

Way awsome in my book. Congrats to both of you, that back seat looks like a good place to nap I know my boys take advantage of it on the way home from hunting trips.
You must log in or register to reply here.

Kaedyn is a deer hunter!
2