After 14 years of living in Oregon, I finally decided to stop waiting for one of the premier units and just put in for something I thought I could draw.

I drew the tag and started my internet scouting. I made 2 trips (6 hours one way) to the unit to scout as well. In both trips I only saw 1 buck on public land. On those scouting trips I really came to love my onX Maps Hunt app on my phone.

The hunt is only 1 week long so I wouldn't have much time. My plan was to take my boys and hunt opening weekend and see what happened from there.

Unfortunately my Grandfather passed away and opening day was spent celebrating the life of one of the greatest men I have ever known. A WWII vet and retired teacher and coach, he was just one in a million. My Grandma has been gone for 24 years so the thought of them being back together gives me comfort.

So we didn't get out at all since the funeral was out of state and to be honest I really wasn't feeling the urge. By Tuesday, I was feeling better and decided to give it a go. So I left work and drove to the unit that evening. I slept in the truck and Wednesday morning I got up and started working my way up the public piece of land that I had seen the buck from the scouting trips.

To make the story short, I saw the buck with his 14 does right off the bat. Worked into position and 1 shot later, he was down. I had him cut up and packed back to the truck before 8am.

Not a great buck, but all things considered I was pretty happy with how it turned out. 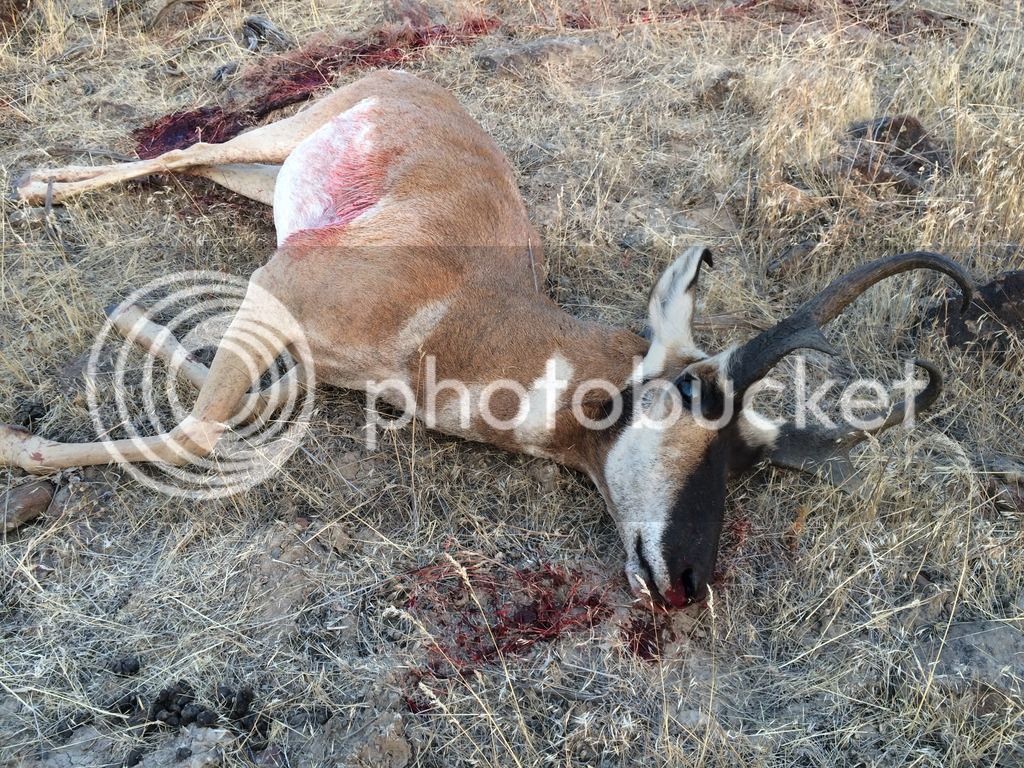 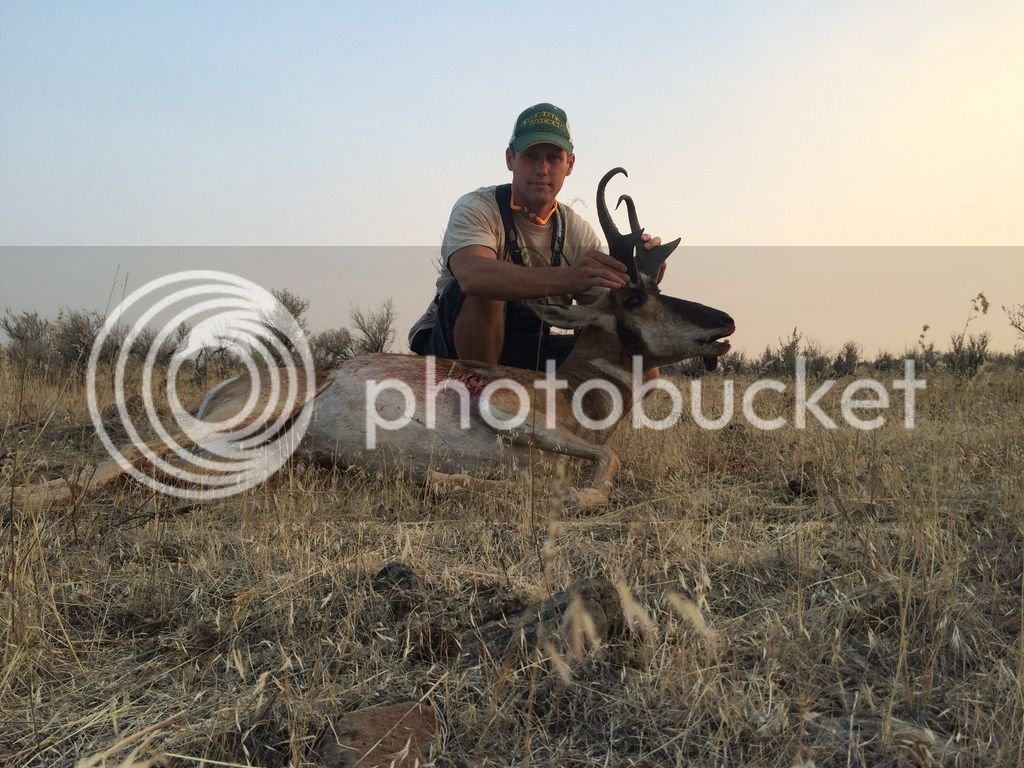 sorry to hear about grandfather, sounds like a great man. very nice lope

That's a nice goat in my book.

Very nice goat and what a way to remember your grandpa! Congrats!

Great way to remember your grandfather with a great buck!

Cool buck. Sorry about your grandfather. Congrats on your buck. Seems like a great way to honor a great American.

Looks like a dandy buck to me. Congrats! I'm glad you were still able to pull the hunt together after your loss.

That buck has some character. Glad the hunt turned out well. Condolences on the loss of your grandfather.

Every buck is a great buck, just some are greater than others.

Quite a whirlwind or emotions with the passing of your grandfather. I am glad your boys were old enough to have known him.

You'll remember that one! Well done!

Hope you had some gaiters on as if not I imagine you socks are FULL of cheatgrass seeds...

Congratulations on a fine buck after suffering through a tragic loss. I just returned from my OR antelope hunt and hope to get the report posted later today.
R

I saw this picture on ifish last night. Great to hear the story that goes with it. I'm sure your grandfather was smiling down on you!
That buck has great character. I love the top end of his horns, the way they hook, he's a very cool looking buck.
Amen for scouting, that's when the work is done!!!
M

Great buck! He's got some interesting character to him. Congrats.

Tribute to a life well lived. Good for you. I am sure your grandfather is watching you proudly.

I've learned alot of things on HuntTalk, today I learned that Oregon has antelope. Looks like a great buck to me, congrats
E

Congratulation, sorry for your loss, we don't have too many left from "The Greatest Generation". Hopefully his passed on his love of family and country continues with you and your children, sure sounds like it.
You must log in or register to reply here.