So I was down in Utah all last week for my son's wedding. After the wedding though it was time to fish. I mean a guy has to have priorities right?!

So first trip was to Strawberry Reservoir in north central Utah with my good friend Al Morris. Some of you that hunt coyotes or elk might recognize him from FoxPro's Furtaker's TV show. He's great company, and I think you can tell by the smile on his face what kind of guy he is to spend the day fishing with. We spent the day catching Bear Lake strain cutthroats and a few rainbow trout. The day ended all too soon. Anyone that has been lucky enough to spend any time around Al would know he's a wealth of knowledge, and why I wish the day could have lasted a little longer.

Here is Al with a nice cutty. 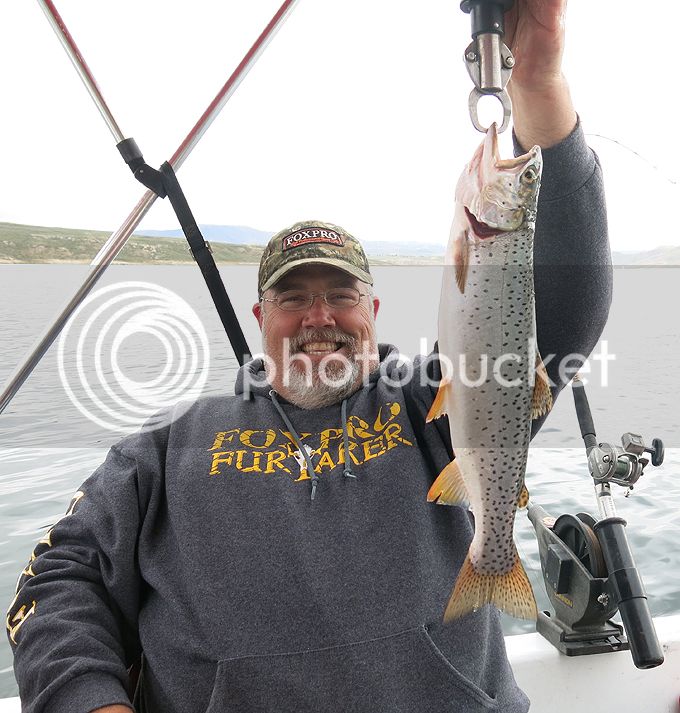 Not to be outdone I boated a few cutthroats of my own. Here's one of several I caught. 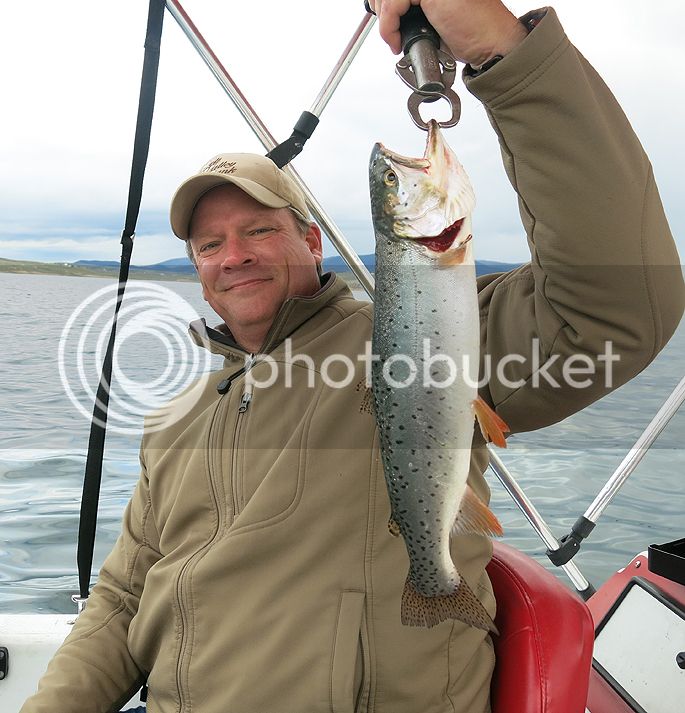 The next morning I was in southern Utah trying for Tiger Trout. Last year the biggest I caught was 8 inches and I was determined to best that on this trip.

Here is the lake where we were fishing for Tiger Trout. Pretty easy on the eyes I have to admit. 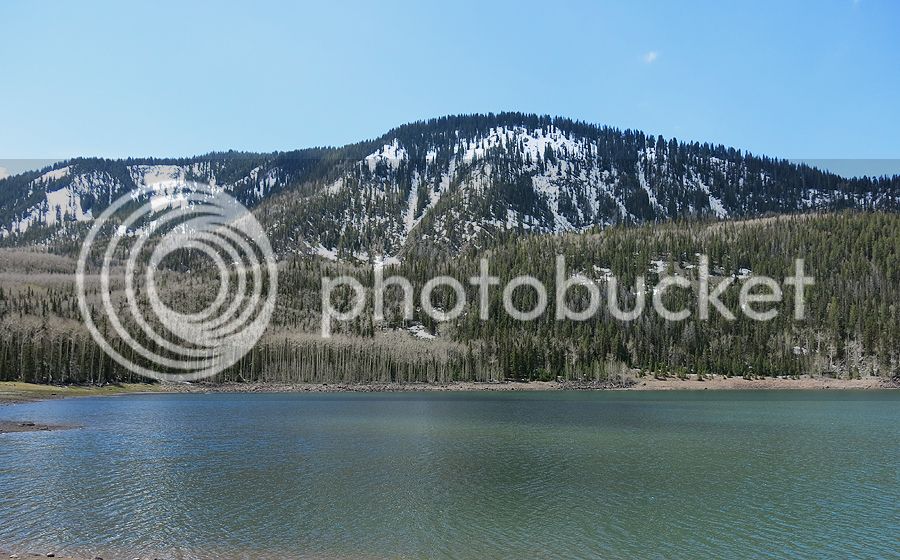 Well I beat my previous 8 inch fish, but not by much. I caught this 10" tiger on my second cast. I then proceeded to only land one more tiger trout that morning and it was smaller than this one. The fish were rising all over around us. We could see them in the water and they would follow our lures. Now and then they would strike at the lure, but only half-heartedly. It was exasperating to see all those fish and only catch a couple. Still, they are really cool looking trout. 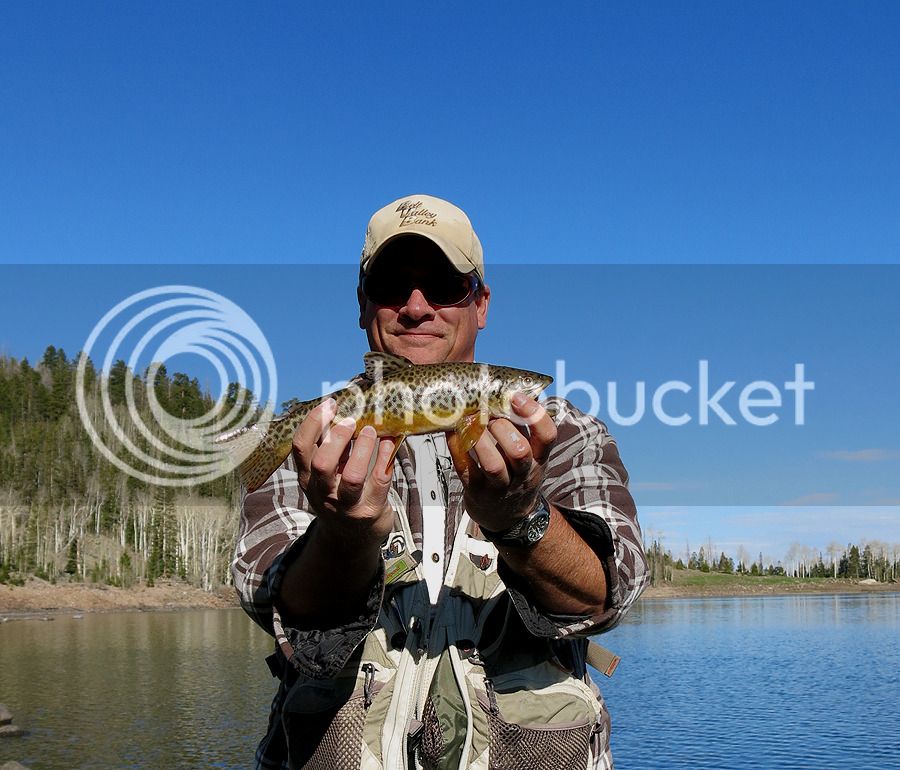 After Tiger Trout we changed lakes and went to fish for smallies and rainbow trout. We didn't catch any smallmouth, but my partner really got into the rainbows and landed a dozen or so nice fish in about 30 minutes or less on his fly rod. I only caught two fish. I was jig fishing and my friend Danny totally kicked my butt with his fly rod skills. It's not often that a fly fisherman will totally beat me, but this was one of those times.

Here's Danny with one of the dozen or so rainbows he caught. I told him to smile for the photo. He said he was smiling. I sure hate to see him if he were mad. 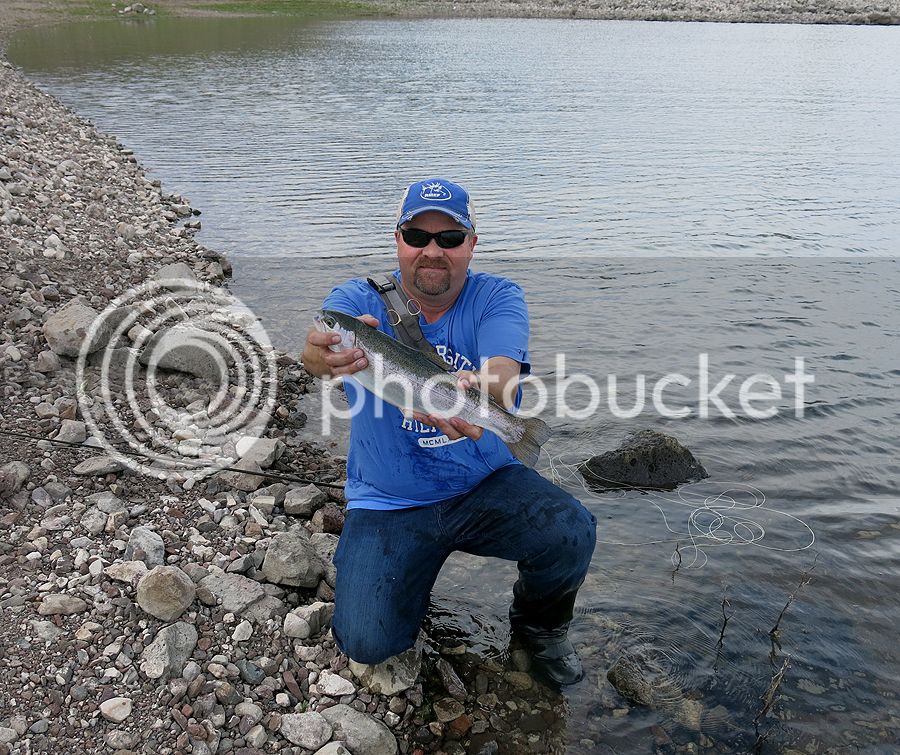 The only consolation I had was, while I didn't catch very many, I did get the biggest fish of the day. I was using a Kit's Tackle jig that was custom tied for me by the owner. Kit's Tackle definitely treats their customers right! I was pretty impressed by this old scarred up post spawn rainbow. For not having much of a tail it gave me one heckuva a fight! All in all, my time is Utah was fantastic. I got to spend time with family, close friends, and managed to catch a few fish. I really can't complain. 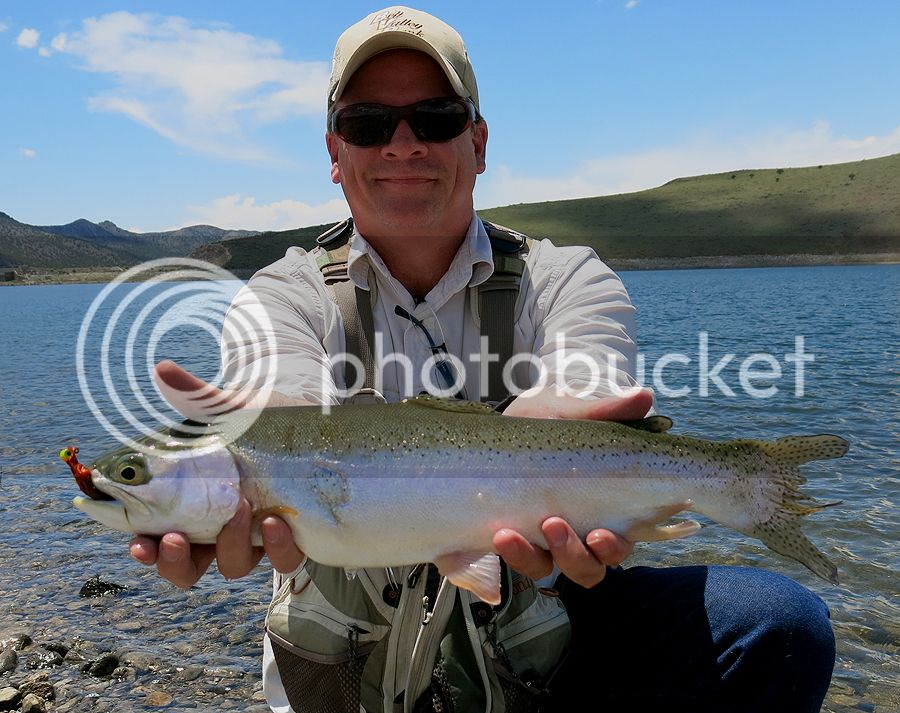 Awesome! Thanks for sharing.

I always enjoy your fishing threads & pics. I'm not complaining, but since you mentioned 'wedding' I thought there might be one bride & groom or family pic. Since it's all fishing pics I see you do have your priorities straight. Many years ago (ok, maybe it was many many) I fished near Strawberry on Currant Creek, it was very good and for many years I've thought of going back. Not that you need any more places to fish, but if you get back in that area it was a fun stream.

Congratulations to your son!

I saw a couple of tiger trout come out of a creek not too far north of you.
You must log in or register to reply here.

Kid is keeping me busy...