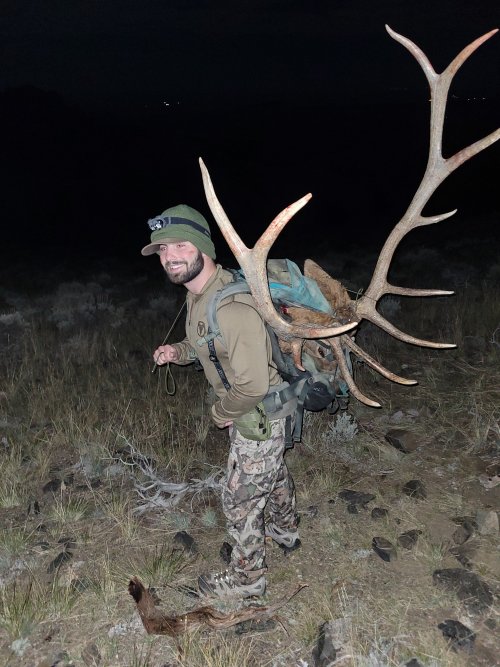 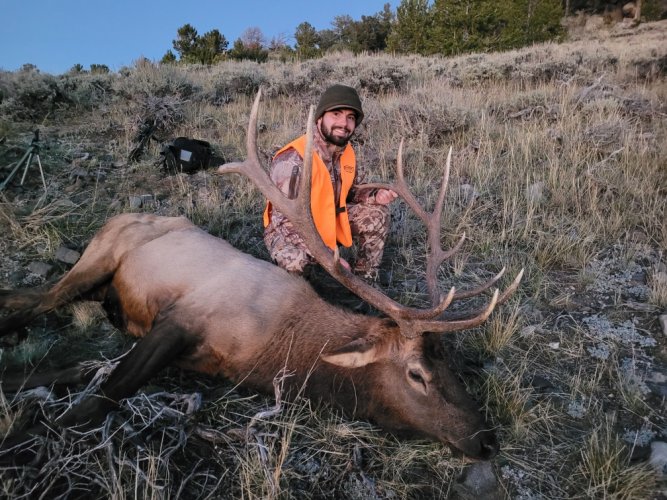 I wanted to add I'm super impressed with Hammer bullets performance. Seemed to hit hard with not a lot of meat damage.
For anyone interested in load data:

143 Hammer hunters
62 gr RL 23
Peterson Brass
2.684 BTO
Clocked an average of 3256 FPS
I tinkered with the rifle and load this summer getting very consistent groups at varying ranges

Congrats on a great bull!!!!
F

Congratulations ! Thanks for sharing a great father/son adventure !

Congratulations on a great hunt and a lifetime memory for both of you.

Got er done! Congratulations to you and your son.

Heck of a bull!
Congrats to you both; something you will never forget

That's sure a bull to be proud of. Congratulations to you both!
B

Great story! and a great bull!

Awesome write up and huge congrats to you both on the successful hunt. Nice bull!
M

Good elk
You must log in or register to reply here.

Elk with my sons