I had a good day chasing lions this weekend that turned bad. My hound, Spike, should be ok, but 5 miles from the truck is not a great place to have a hound get his chest ripped open and skin dragging in the snow.

We cut a hot track about halfway into a 14 mile or so loop we hike in an area off-limits to snowmachines. The dogs actually winded the track from the trail, put their heads up, ran up an embankment, ran off a minute and then started howling and trailing. It was a top 4 or 5 start out of maybe 100 lions. Then they promptly crossed the lion track that had crossed 80 yards further up the trail. They went a few miles and put the lion up.

At the tree, we did not notice an issue because the dogs were treeing fine and I was working with getting a puppy to fire. We jumped the cat for a rerun and at the next tree we noticed Spike's chest was ripped open in a v pattern from the top of his chest to his brisket (pictures revealed later it was messed up at first tree). The flap of skin was 10 inches long and about 6 inches wide at the base, dragging in the snow. Spike was just barking at the cat, seemingly oblivious. There was a lot of debris stuck to his chest muscles and fat. It looked terrible but he was not losing blood in a critical way, at least externally. It could have been the cat or a sharp stick, but my gut is that it was from jumping though barbed wire in hot pursuit as they crossed a fence with tight, new wires at least twice, and once right near the tree. 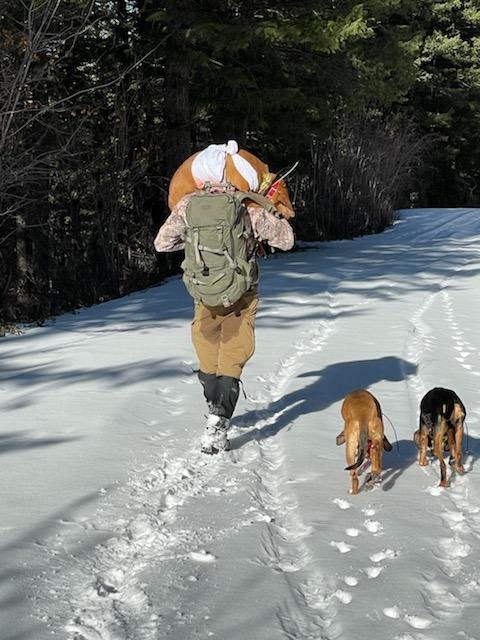 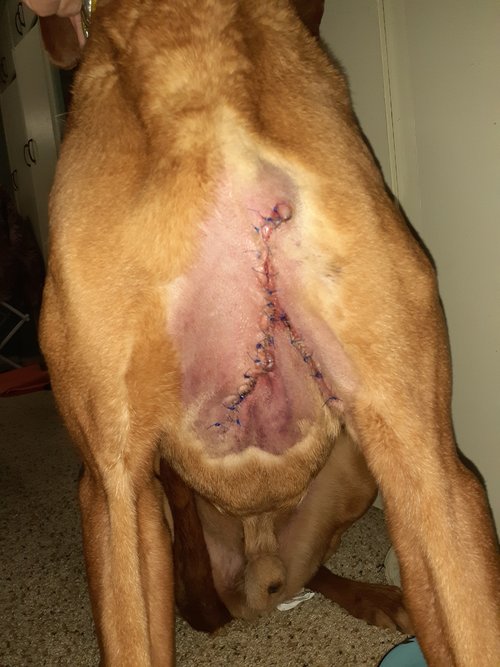 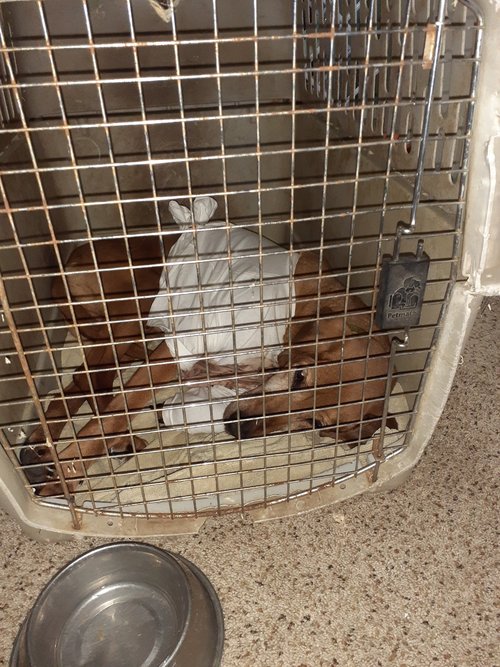 He never stopped baying the lion and we had to drag him away to treat him. This is typical. Another hound of in my pack once dove off of a cliff in 2014 on a tom bedded below her at the base if the cliff, fractured her ulna and tibia cleanly on one side, and still treed and held the cat on 3 legs until the others worked through the cliffs without trying to fly and got to the tree. Working dogs are just tough and it is sometimes unbelievable to watch. I think I would have rolled over and died if it was my chest opened to my ribs.

We wrapped him in game meat bags and started down the mountain. Gravity kept the flap impossible from falling out, but we were keeping dirt out of the muscle tissue. I tried carrying him multiple times, but he started to hurt after several hundred yards...then he would walk, then repeat.

After the 5 mile trek to the truck we went to the local on-call vet. Spike should make it unless something got in his chest cavity or the antibiotics do not work. They cut the whole flap off and sewed him back up Frankenstein style.

The lion was a female and released.

The vet was almost surprised I would pay so much to treat a 10-year-old dog (emergency vet...not my normal guy)... I told her that she wouldn't understand. This dog didn't just eat cheetos and chase frisbees. He has jumped in between a lion and myself on the ground right before I thought I was going to get a face full of lion paw. 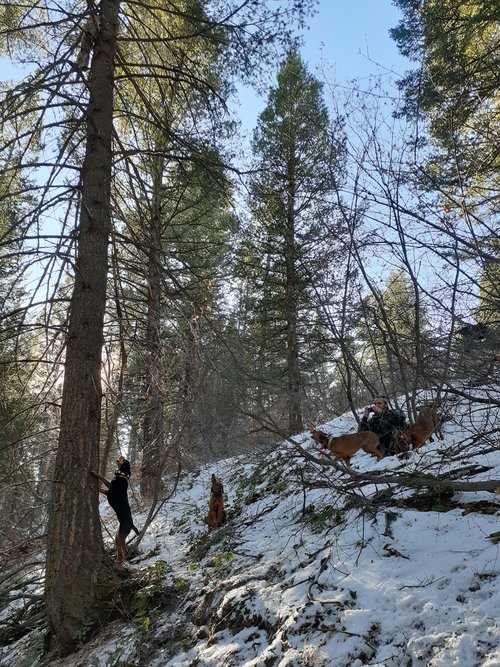 I think you’re right with barbed wire. Hope your dog has a swift recovery!

Damn hope For a quick recovery for your dog. You said you released the lion Just curious do you generally release female lions? Is that a morale thing or are you looking for a bigger Tom? Just asking as I know nothing about running dogs for lion?

Sorry about your pup, I hope he heals quick.

Glad that it sounds like to will heal up, this is one thing on the to do list
F

That is one tuff dog!! Hope he pulls through.

Our lab had a very similar injury once pheasant hunting. We could only figure barbed wire or some piece of metal junk in the grass. You are absolutely right about working dogs!

Glad he’s on the mend. Hopefully he’ll be good as new shortly!
R

That's a tough pup. Hope he's back at it soon.
W

Hope your pup heals up! It never ceases to amaze me what kind of stuff animals can go through seemingly without missing a beat.

I had a similar experience with a dog a few years ago. I think she ripped it open on shale. That was her first hunt after healing from having her spleen removed.

Man @IdahoNick, the difference between this pic and the jackass on the other thread who shot his pup for chewing a couple cheap wires is the defining line between people who should own dogs (or any animal) and people who shouldn't...hope your boy recovers well! 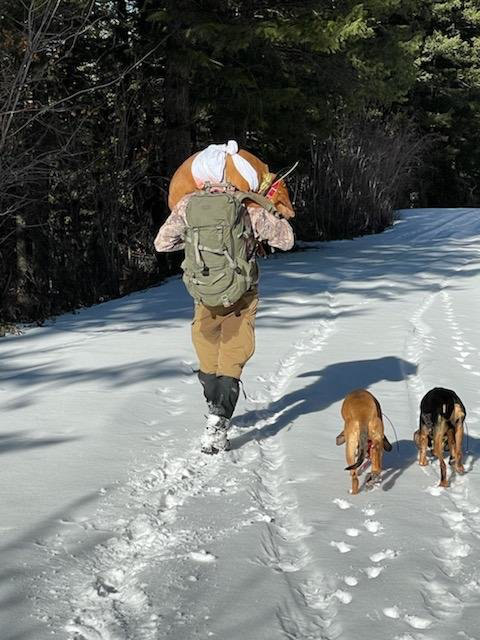 Hope for a quick recovery for IdahoPup. I'm surprised no drain tube in the wound. .

Man, I hope your dog makes a full recovery. Sounds like a genuine Bad Ass and he deserves at least one more shot at the title.

Wow. What a warrior. Here's to hoping for full recovery!

Thanks for sharing the story. Thats a hell of a hunting partner you have there and hopefully he will be out doing what he loves with you soon.

Crazy! Hope Spike is back at it soon.
P

He’ll be back jumping and treeing cats before you know it,those hounds are a 1000 times tougher than you think. I hope he has a speedy recovery and I know I don’t have to say it but keep him home till he’s healed.

Prayers sent i have the uttermost respect for true houndsman. The way they are with dogs and lifestyle is just amazing to me. Nothing better than watching the team work their asses of and then a slow walk to the tree to see their catch.

Glad your dog is doing okay! I had to stitch up our shorthair this year from a barbed wire fence. It had nothing on your dog though.
You must log in or register to reply here.

I've read that you can insult a guy's gun,
2

He licks the carpet?
2