I miss the old days

I started hunting when I was 12 like most kids in my area. So, 55 years later I still get out some but not near what I used to. If given the chance any legal elk will be just fine with me. My goal now is to take a respectable mule deer or go without. So far, I've been getting good at tag soup and I'm good with that. When I started hunting it was with my dad and Uncle in the Little Belt Mountains of central Montana. Took me a few years but I did get a few deer, the elk came when I was in High school. It was a different world back then; hunting ethics was important and taught. We need that more today than ever in all phases of life. So, I will continue to go hunting on my terms and do my best to pass on to the young hunter's ethics and respect to the game.


I remember going to the county auditors page and getting platt maps to show property lines and terrain. Now it’s all at my finger tips.

There’s good and bad to both.

I started hunting in 1956 here in Michigan, and a buck was a buck no matter the points, and you had better not ever shot a doe for any reason NEVER !!!!

I think social media is certainly having a negative effect on social skills and inter human communications overall.

I miss the days when it was the real old-timers telling me "how it used to be" instead of bandwagon lamentation threads on the internet (you know, that thing that's supposedly ruining all the hunting)

I miss walking the fence rows for pheasants and rabbits. Hell, just HEARING a rooster cackle. Flocks of ducks working the picked cornfields where you could sneak out and pop a couple. The near heart attack busting a covey of quail. Not worrying about trespassing because all of the neighbors knew each other.

I will admit the deer hunting has gotten better, but access is worse!

It's getting harder to accept the fact that my Western big game hunting is no longer a real option. Age, money, knowledge, tag cost and availability, yada yada yada. I do have a bear on the wall, and 2 elk hunts produced some memories but no meat. I live through the hunts you folks post. When I was younger I had more chances to save and do a hunt or two but squandered those opportunities away. Makes me smile reading about some of you guys mentoring a new hunter or having total strangers over to share a hunt with them. Those "normal" days have all but gone away now. A cow elk or Mule deer hunt to share the excitement and enjoy some new meat and meet a new friend makes for a great story to share here.

My first hunt was in '91. I miss some of the simplicity (very little gear talk, limited electronics, etc.), but beyond that info is king and there is so much at my fingertips today, 1000 new opportunities I learn about and can't wait to dip into just a handful of them. I'm always seeking out new places and new adventures...it doesn't get old and there's not much to compare a hunt to if it's both the first and last time at it.
C

I miss my father, coming home from a week or two in elk camp, smelling like wood smoke, sweat and blood. Very unique smell, the heavy wool clothing held all those wonderful smells.

I miss going in to set up hunting camp as a kid in the early 60's. Helping cut firewood and set up the two wall tents, all the time wondering when I would get to go hunting.

Finally got to go to elk camp my junior year in high school. Took a couple years of packing other's elk before I got the chance to kill my first, one morning, a feeding spike. Dad told me that if I ever had a chance to shoot an elk, keep shooting till it hit the ground. Three shots that you could cover with an orange in the middle of the ribcage. Took me 4 hours to gut, quarter and hang it with the hide on and then cover all the quarters with fir bows to keep the critters at bay.

Remember going in to pack out another bull that I killed with my Uncle. We took the "Deer Carrier", an inline two-wheel drive cart made of conduit and powered by a 3.5hp Briggs that my Dad made. The highlight of that trip was seeing a Northern Pygmy Owl at head high in the tree next to us as we climbed the steep north face of the ridge with our empty pack frames.

I miss that camp and the companionship and tales at the end of the day. That camp was used continuously for over 70 years and many generations. Many, many deer and elk were taken from that camp, twin 12x14 wall tents and an outside fire by which my Uncle cooked pies with a reflector oven. At the start, before my time, were the days, that if you saw an elk track, you followed it until you came to the elk, and they usually came home with big elk.

The only red we wore was the floppy red wool hat that dripped rain water down your neck and let tamarack needles drift down your collar and to places farther south.

Those were the days, but nothing stays the same. Now we have wonderful synthetics that keep you warm even when wet, but merino wool is still the best, electronics and technology that keep us from losing ourselves (unless the batteries go dead) and find what is over the next ridge without actually going over said ridge. Firearms that are capable of accurately shooting way farther than most hunters should be shooting. We now have optics that can allow us to split hairs at extreme distances instead of wondering if it would fog up internally in the rain and not allow us to see clearly the buck at 100 yards.

Is it for the better, maybe, maybe not. For those that have never experienced the past when things were simpler, now is what they know and have nothing to compare. For some of us that have been at this for close to half a century, we wonder if the best is in the past.

rjthehunter said:
I enjoy the chase and the serenity of the woods."

I can still step foot where few have ever been locally.
I see elk tracks & droppings where I only saw mule deer sign 12 years ago. No mule deer now.
Just an old guys observations.

I cherish the old days, excitement, challenges, the shivering, hardship, misery, cold and suffering mother nature, near death experiences. Then unexpected triumphs, winning, and those easy hunts are sweet. Next year I'm going again!
What excites me the most is the future, the unknown. That's what I plan for, what I'm doing! Wing it a lot.

I'm going to miss the last 4 acres that were just
graded down for homes, these guys lost their hunting grounds. 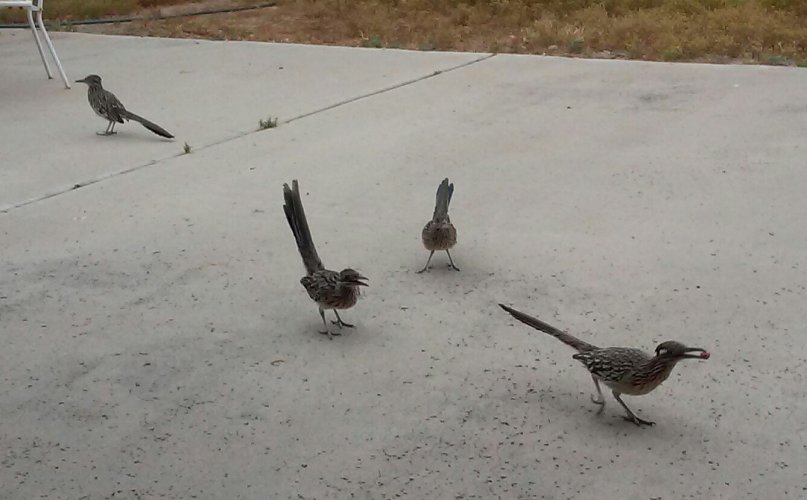 Viewing Liver King on thousand dollar mobile devices, how can these not be the good old days...
B

I get the point the op is making...but hunting is only as competitive and complicated as YOU choose to make it. Spent the last 9 days of the Montana season hunting with my family in the same country we've been hunting since the 1940s.

Thousands of hours roaming that area leaves me no reason to pack a GPS, sign up for access, or beg permission from a fickle landowner.

Hunting has gone through good times and not so good over the years in that country, but still fair hunting if you're any kind of decent woodsman.
C

And I miss the days when the choice for ammo was, do I use 220 gr round nose Core-Lock or 180gr RN for elk, those 'pointed bullets' deflect too much in the brush. The .270 130gr Core-Lock were harder on deer than the 150gr. Nobody had access to chronographs, now, "Do I buy the Magneto Speed or the Labradar"?

Here's a few more pictures from the days before I started.

This all took place in central Washington, pretty much in the same watershed. My Uncle was an amateur photographer and had a dark room set up. Loved going to their house as a kid and watching slide shows of hunting and listening to all the hunting stories. None of which involved ballistics or range finders, other than the merits between the .270 and the '06. Some stories of shooting the bull at "three steps", when it stood up out of its bed in the snow behind the Christmas tree, long shots were over 100 yards.

Great write up. For most of us that had the fortune of hunting as a kid growing up, we miss those days all the time. Hearing the same stories from the old timers every year used to make me think “wow, don’t they know we’ve heard this story before”. But when they were close to passing on, I started relishing those old stories I’d heard dozens of times.

Nice. There is a lot to like about hunting today but as I age I think more about the hunts with my father and grandfather.

I enjoy the memories of all of my previous years of hunting, but I quit worrying about: my other days, other people's days, what other people think about my days, and just enjoy the moment. If you aren't enjoying yourself; quit...

I thoroughly enjoyed this post. Hunting has changed over the years and sure do wish hunters were more tolerable of each other and enjoy in each other's success.

I sorely miss a few real characters, now gone, who enriched camp and field experience.
You must log in or register to reply here.

Realization - My Mom is why I’m on Hunttalk