In July, I made my first scouting trip into the unit and then 2 more in preparation for the opener. As late August rolled around, I had to decide where I was going to hunt. I had narrowed it down two different drainages, which were about 20 miles apart. Location 1: This was a 5.5 mile hike from the trail head to the camp spot. Some of the most incredible high country that I've been in, absolutely beautiful. In an obscure tucked away basin, there were 15 bucks living in it; 2 of which I would be very happy with. Location 2: Not your traditional "high country" location, but very remote and steep country to say the least. 3.2 miles from the truck to camp, very steep and no water. This drainage had a lot of deer, mostly small bucks, but there was one that was different a mountain monarch that are typically only seen in dreams, he was world class, he was "Heavy D". The decision was made and the day before the Archery opener I was camped on a steep ridge with high anticipation for what the next week had in store for me! This hunt will go down in the record books for me, I learned a lot about deer, hunting, and myself. After many ups, downs, close calls, and passing up good bucks for a chance at a great buck, I came off the mountain about 10lbs lighter and with an intact tag in my pocket. But, there was hope! Rifle season was right around the corner and I knew exactly where I was going to be! The week off gave me a chance to spend time with family, recoup and prepare for what was going to be a sure thing, harvesting the buck of a lifetime. It was pouring rain during the back into the remote drainage the day before the rifle opener. The rain lasted all night and into the next day. In the pitch dark of opening day, I was set up on a ridge where I would have a clear view and hopeful cross canyon shot at Heavy D. As grey light came, we burned up that hillside with the spotting scopes trying to find him. An hour into it, I made one of the best spots ever, across the drainage I spotted antler tips sticking above the grass. I watched intensely and when he moved his head, I saw his webbed back fork, Heavy D! What took place over the next 15 minutes will be etched into my mind forever! I was locked on him with a solid rest as he laid in his bed. Then the moment of truth, he stood up. My breathing was under control, rock solid and a gentle squeeze of the trigger...BOOM! 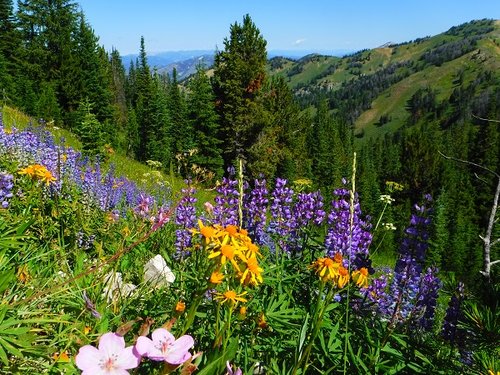 Sounds like a good hunt? Did you attach a picture?

Two of my luxury items....crocs and hammock! 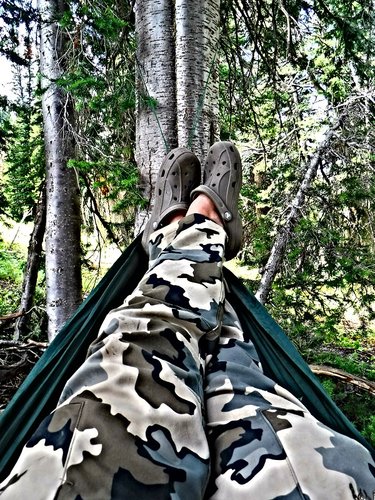 This is a buck I called FRAME. He was one of the two shooters in Location 1. Here's a little video of him: https://youtu.be/jaFCaVHHCrU 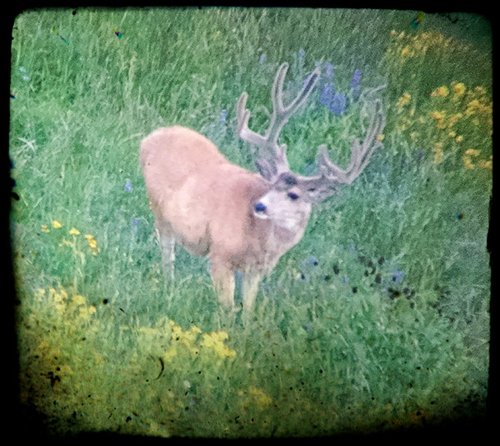 This is THE OLD MAN. He lived in the same basin as FRAME and is hands down, the biggest bodied deer I have ever seen! Pig of a buck.

Here's some video of him: https://youtu.be/zpdMfREceJk 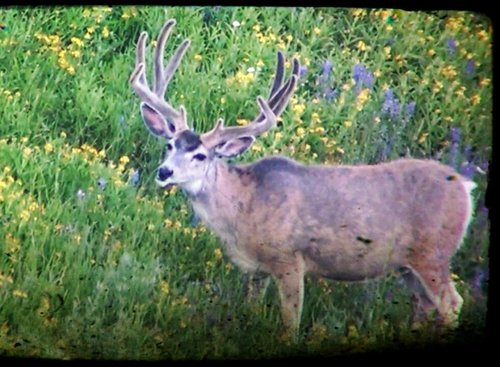 I will be back to this place... 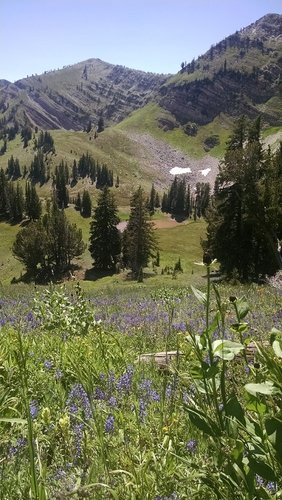 This was a fun spot to glass from....theres bucks down in them trees! 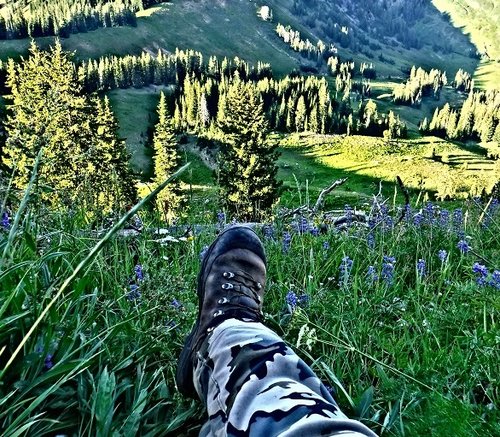 At over 10,000 feet, a couple days into a week long hunt, miles away from your truck and civilization, you don't want this to happen! 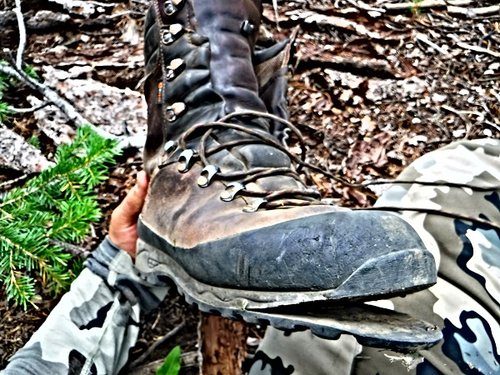 put your boots to close to the fire ?

...so, you gotta get creative and deal with the situation. Sap (natures super glue) and duct tape. This process became a daily activity. 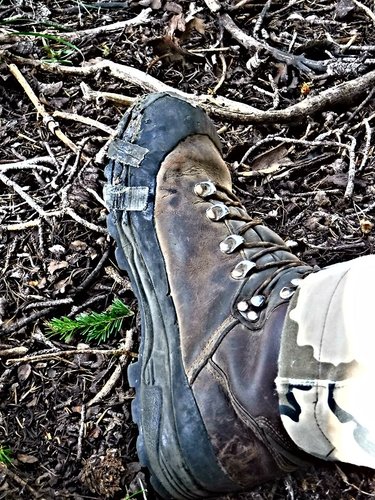 putm2sleep said:
put your boots to close to the fire ?
Click to expand...

well, places to pitch a tent on the ridge were pretty limited. The best place to camp was a little over a mile from where I was hunting. The walking wasn't too bad along the top of the ridge, but I got tired of it and decided to move camp closer. The options were pretty limited, so an old deer bed on the north slope became my new home. In the process of excavating my new home, this happened... 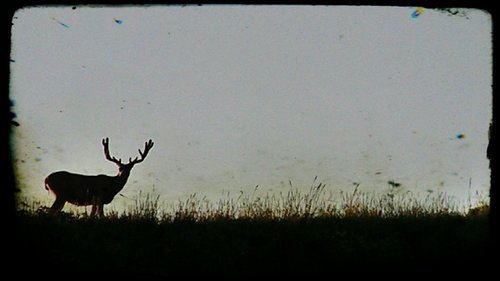 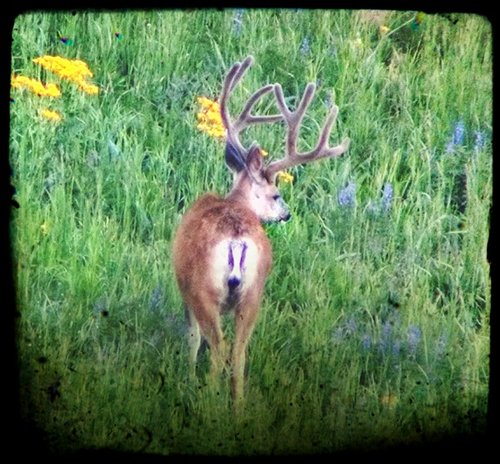 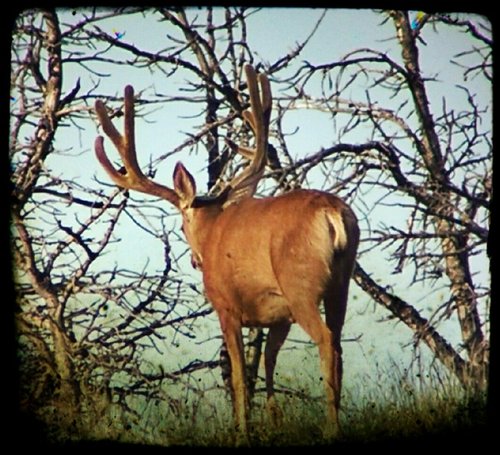 This guy was so dead and didn't even know it 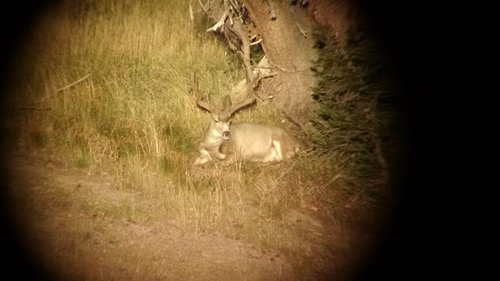 The infamous, Heavy D, in July 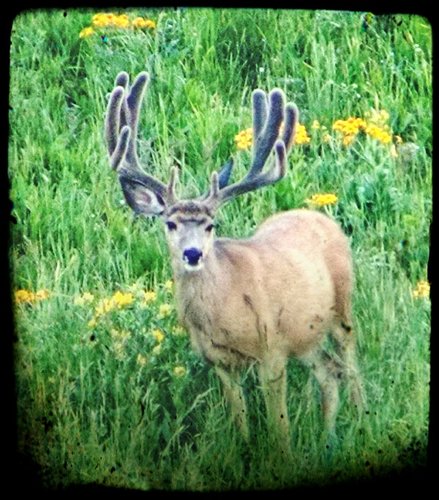 That thing has a Fat Rack no doubt. Awesome country and photos.

Here he is in August! He kept putting on length in the tines right up until he shed his velvet, maybe the awesome feed in the high country or maybe a freak genetic, but it was fun to watch. I spent A LOT of time with this deer, mostly watching from a far. During the archery hunt, the best opportunity I had at him was an unbelievable experience. Stiff wind blowing up the mountain, him bedded, me above him 35 yards for about 10 minutes. He stands, and walks away quartering hard down hill and through my shot window...no shot. 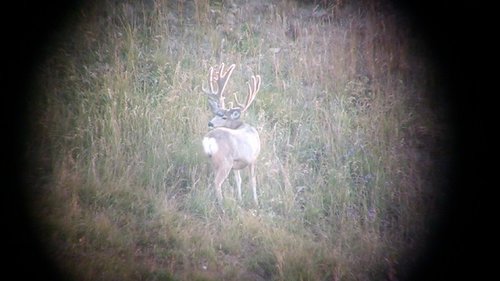 Really enjoying this thread!!
You must log in or register to reply here.

The Picture That Tells the Whole Story