Some of you will probably guess what is going on when Fin has a big bino blowout. Yeah, Leupold is coming out with some really cool bino ideas and I get some of the first pairs for testing.

I asked Leupold what I should do with the big pile of binos they have sent me in the past, some of which have only ridden around in a plastic tote as back ups to mt Gold Rings. They said I should give some of our loyal Hunt Talk followers a screaming deal. So, here we go.

Mojave BX-3 10X 50mm - MSRP is $540. These have never been used, only in a protective cover while in a tote as spares for me or guest hunters. 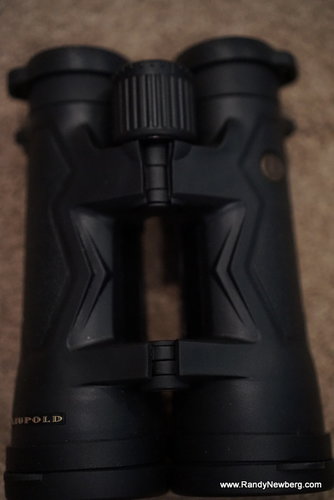 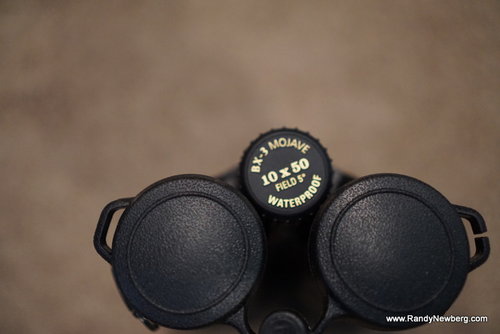 Next is a pair of McKinley BX-4HD 10X 42mm. These were the set they sent me for guest hunters to use. They have less than a season of use and are pretty much brand new. MSRP was $775. They were phased out last year, so you can find some of them brand new for about $575. 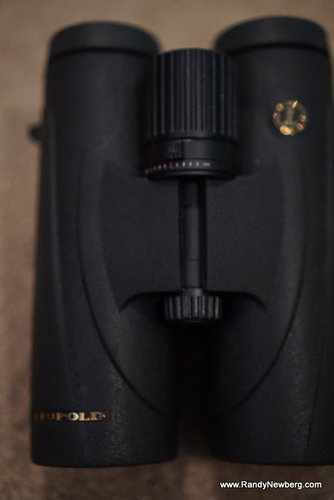 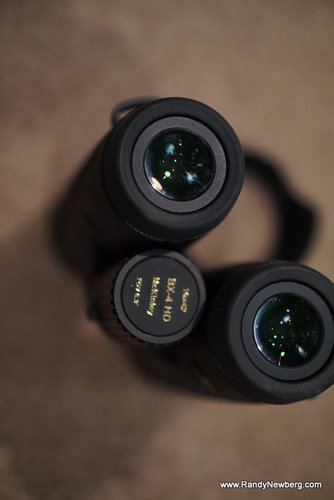 Next are Gold Rings Switch Power binos that have been discontinued for a few years. I have TWO pairs of the Switch Power Gold Ring 10-17X 42mm. None of these were ever used. Gold Ring glass was considered some of the best glass Leupold put in a bino. (hint, new versions coming out next year will be suped up Gold Rings)

Here are the specs on these binos - http://www.midwayusa.com/product/59...inocular-10-17x-42mm-roof-prism-armored-brown

They were used by guys who wanted a bino that could really dial in, once they found something, without have to carry another set of higher power binos. To use them at the 17X, you are best to have a tripod and an adapter, if you are prone to tremors like I am.

I could say NIB, if I had kept the boxes. Closeout price on these was $1,000, when they were still available. To your door is $400, per pair. These are flawless. 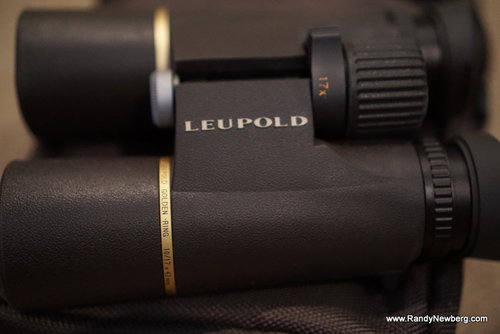 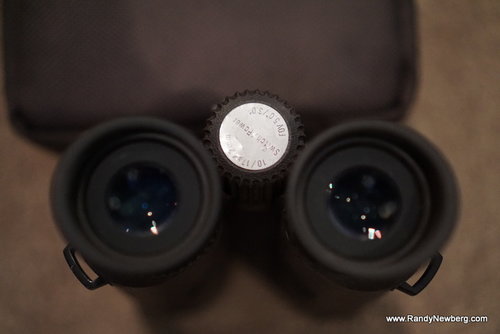 Last are my old stand by binos. They have been through the battles with me. They are Gold Rings in 8X 42mm. They have treated me so good, I almost hope nobody buys them. They were discontinued a while back, but I have used them without fail.

I have two pair of these, but I am only selling one of them. Just can't find it to part with both pairs.

When they were being closed out, you could get them on overstock.com for $870. They retailed for even more than that. Here are the specs - http://www.overstock.com/Sports-Toys/Leupold-8x42-Golden-Ring-HD-Binoculars/2780909/product.html

The pair being sold comes with the Sitka bino harness for an additional $40. Since they are heavily used, the price to your door, plus the bino harness is $250. - SOLD! 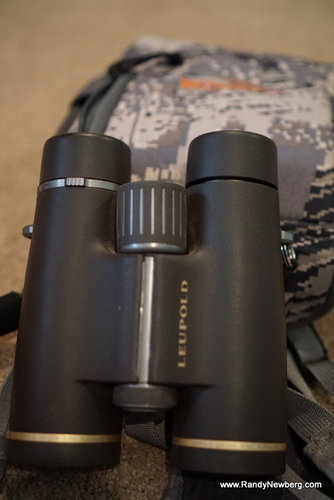 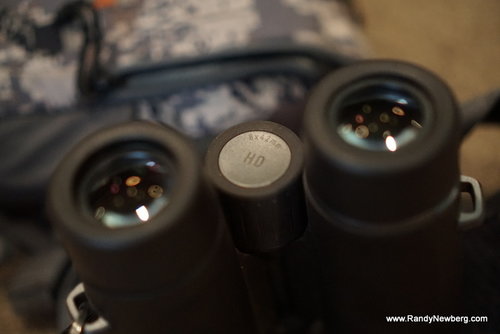 
And when I get back from the next few weeks of filming, they are sending me new scopes to put on every rifle, so I will have some slightly used rifle scopes at the same crazy prices.

I think a Hunt Talk GIVEAWAY would be screaming awsome.
Just my opinion though.

I'm good on binos, but could sure use a scope or two. Hope I am paying attention when that post comes out.

Wow, that was fast. Down to two of the three pairs of Gold Ring Switch Power binos. Everything else is gone. Better get my butt down to the Post Office in the morning.
S

Those are some great deals guys, snag them up!

Big Fin said:
Wow, that was fast. Down to two of the three pairs of Gold Ring Switch Power binos. Everything else is gone. Better get my butt down to the Post Office in the morning.
Click to expand...

Make that down to one of the three pairs of Gold Ring Switch Power binos.

Well, the binos are all sold.

But, for those looking for a good rifle scope, I happen to have two new, in the box, still wrapped rifle scopes that Leupold gave me for helping them on a project. Since they are sending me new VX-6 scopes in the coming week, for all the rifles, I really don't need these two. Again, I asked them what they wanted me to do with this stuff and they told me to make sure our Hunt Talk crowd gets first crack at them at great prices.

Here is what they are. First PM gets the goods. 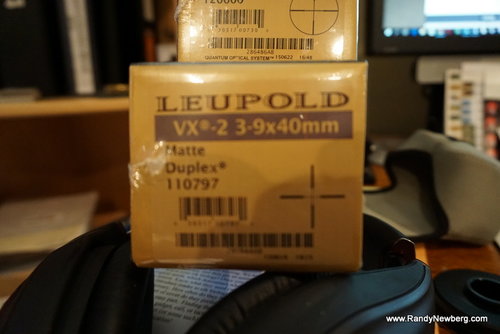 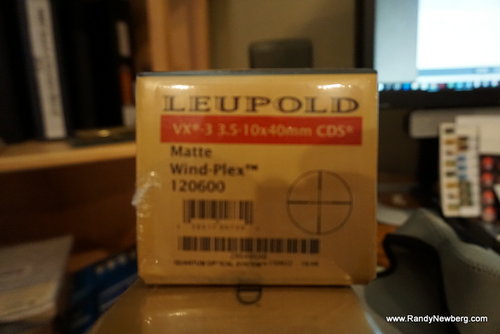 Leupold said you guys should get good deals. I think those prices qualify as "a good deal." 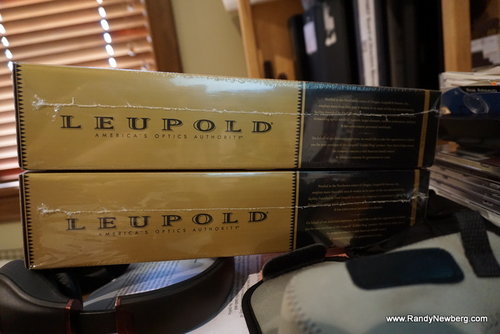 Damn,go to breakfast and all the bino deals are gone after looking for new binos this morning and coming home to see this........I coulda used some GR 10x42's or the switcheros...
Back to looking for another deal.

Have Zeiss conquests on radar now....

It took ten minutes, but both of the rifle scopes are spoken for, also.

Thanks for all the interest. Hope you guys let Leupold know you appreciate their generosity to our show and all who hang out on Hunt Talk.

Jeeze, log off the site for 15 minutes and look what happens! Sign me up for any future scopes!

jabber said:
I'm good on binos, but could sure use a scope or two. Hope I am paying attention when that post comes out.
Click to expand...

Dang, don't check in one morning and miss the deals.

Randy, let me know when Howa asks you to clean out your safe on the guest guns! I missed out on the scopes, my son had a swim meet and I left the house at 6:30 am!
S

Randy, are the used scopes currently on your rifles coming up for sale also? mtmuley

Dude...how do you make a living with the way you price stuff? (Not that I'm complaining )
?

Dang! I picked the wrong couple days to be away from hunt talk. I would've been all over a set of binos.
S

JohnCushman said:
Dude...how do you make a living with the way you price stuff? (Not that I'm complaining )
Click to expand...

Easy, I work 2 jobs! and have a working wife!

mtmuley said:
Randy, are the used scopes currently on your rifles coming up for sale also? mtmuley
Click to expand...

Yup. Probably late this month or early next month.
You must log in or register to reply here.

Leupold rings and base