Expectations and reality when it comes to hunting are often vast differences. Traveling somewhere new after species you have never hunted turns expectations into uncertainty. The excitement of drawing a tag, doing research, gear prep, and everything else all add to the experience. We had two black bear tags and 9 Sitka Blacktail tags. We had high hopes of filling all of them and according our research and success rates we thought we had a good chance of doing so. Myself and one other guy had a bear tag and two deer tags apiece. The other three guys had just deer tags. Having never been to Alaska let alone the South East portion we didn’t really know what to expect. We prepared for one of the rainiest climates in the United States and it was between 65-75 degrees for a week straight. The only rain we had was the first night traveling to where we were going stay. We spent to first couple of days on the salmon rivers in complete awe of the rainforest looking for bears. The size of the trees and lush vegetation seemed unreal and made you realize how small and insignificant you are. The bears weren’t abundant, but they weren’t scarce either. The Bear I harvested had just entered the river and was about to start fishing when I took the shot. The bear lunged forward and exploded toward the bank causing a commotion of salmon in the shallow water. The sound of hundreds of salmon rushing for deeper water was almost deafening for mere seconds and then there was silence. I knew that bear was dead as I watched it disappear in the ferns. I hesitantly moved forward only to find it dead just beyond the ferns and barely out of site from the river. Being in such a foreign place and being able to harvest an amazing animal is indescribable to someone that doesn’t hunt. After the bear was harvested, I was able to focus on deer. No one in camp had harvested a deer and the difficulty of the task was made evident both nights after seeing the guys come back to camp at night. The difficulty of hiking to the alpine is only relatable if you have done it. The suck factor is through roof and after you make it to the top you wouldn’t have it any other way. Finding alpine on a map or seeing it from the road simply makes it seem much easier than it is. We were there the first part of September and were expecting the bucks to still be high. After no luck finding a single buck after several days a few of us decided to make the push and go for the very top. We started I the dark and truly didn’t know how hard it was going to be. Despite no rain everything was still saturated with moisture and everything we had was soaked most of the day. We glassed our first buck after light from a discouraging distance at the very top. We knew that going all the way to the top was our only shot at getting anything. It was so unseasonably warm the deer would only be visible for moment the disappear in thick cover to bed. We trudged, pulled, crawled, and fought our way to top only to be amazed by the breathtaking beauty of SE Alaska. We miraculously found the buck we spotted in the same basin with another 2 point and were able to harvest both. The hike down with a full deer was strenuous, exhausting, and incredibly satisfying. By the time we made it make it back to the truck it was a 15-hour day. I collapsed at the truck thoroughly convinced we were going to have to spend the night. That small two point Sitka Blacktail is one of my proudest accomplishments as a hunter. Those were the only two bucks we saw in week of hunting and only went two for nine. The success was not for a lack of trying and we completely underestimated the degree of difficulty it takes to do that. We ended the trip with limits of silver salmon and had the absolute experience of a lifetime. A DIY trip of that caliber is hard to give justice to on paper. To experience an adventure like that with family and long time friends made for engraved memories that will last a lifetime. 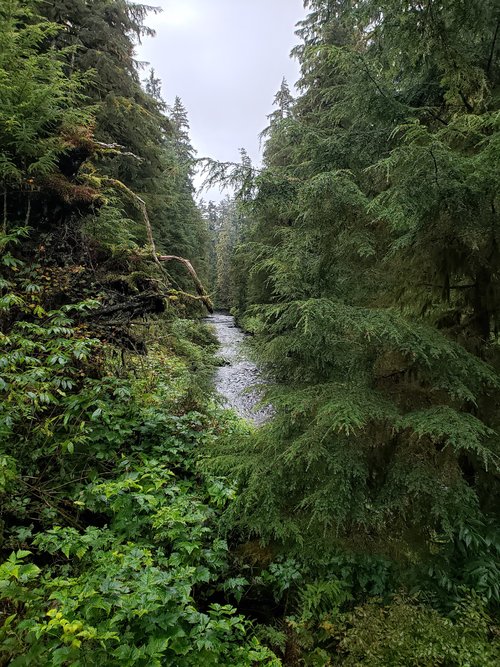 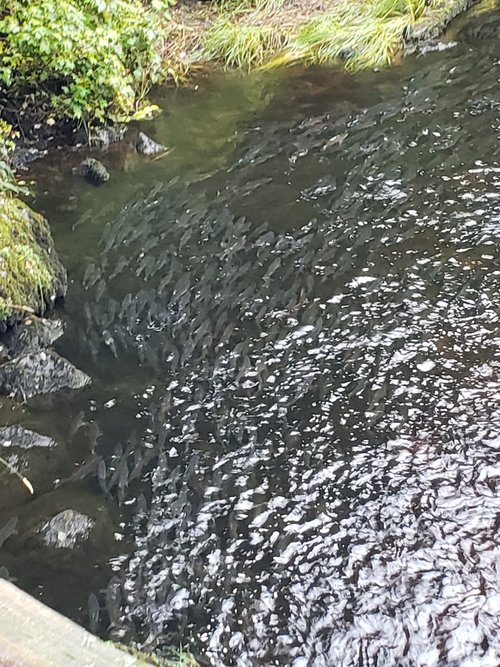 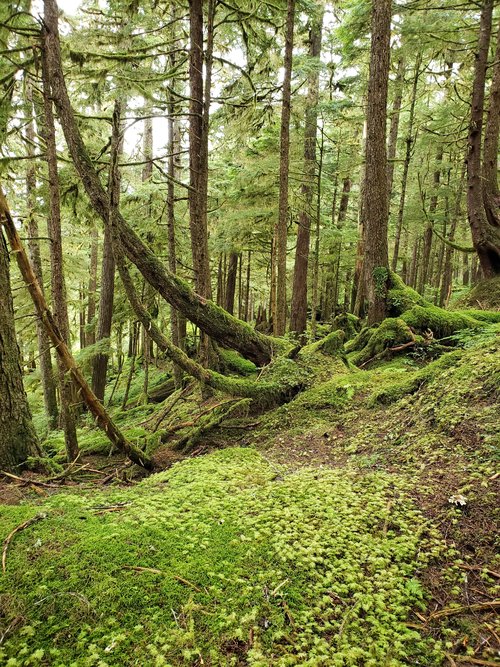 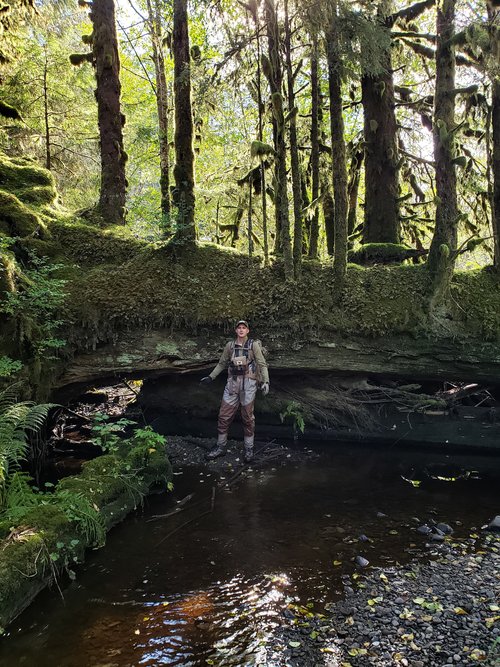 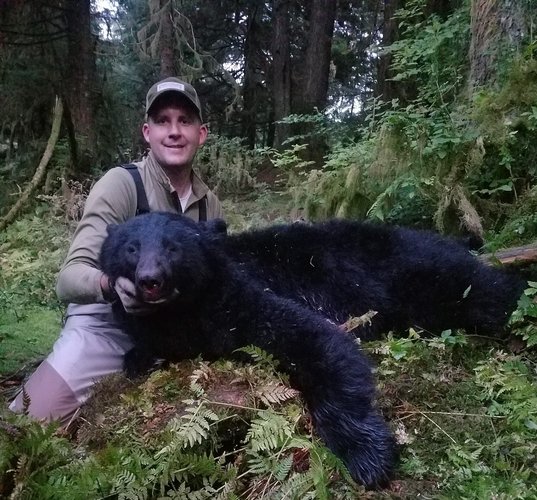 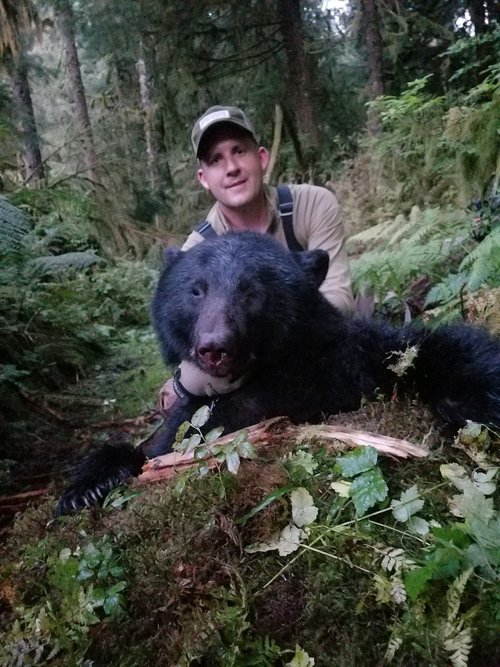 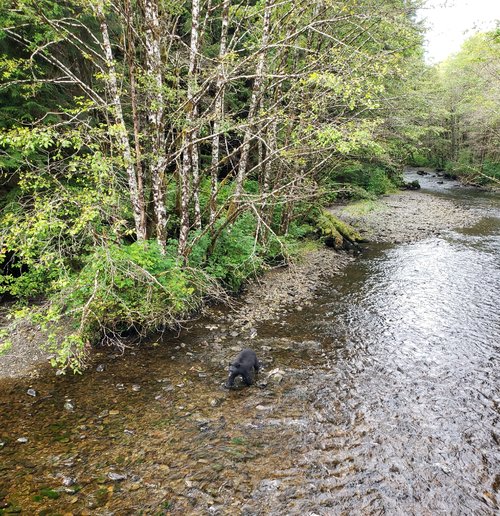 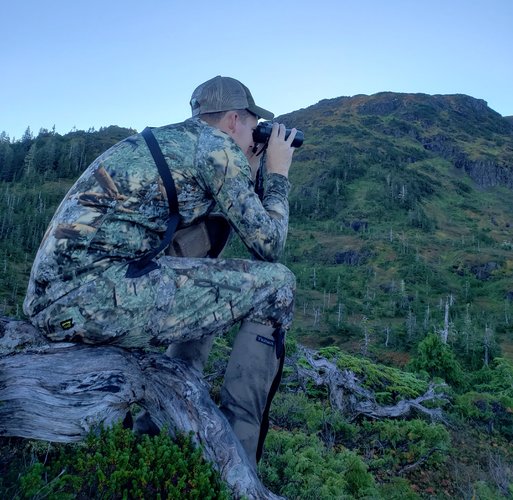 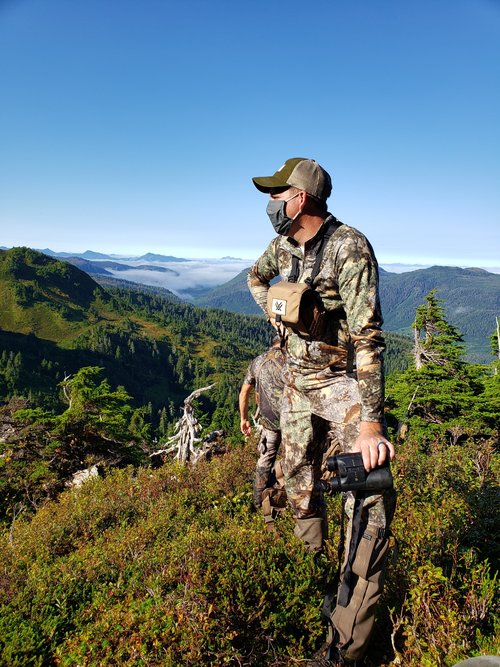 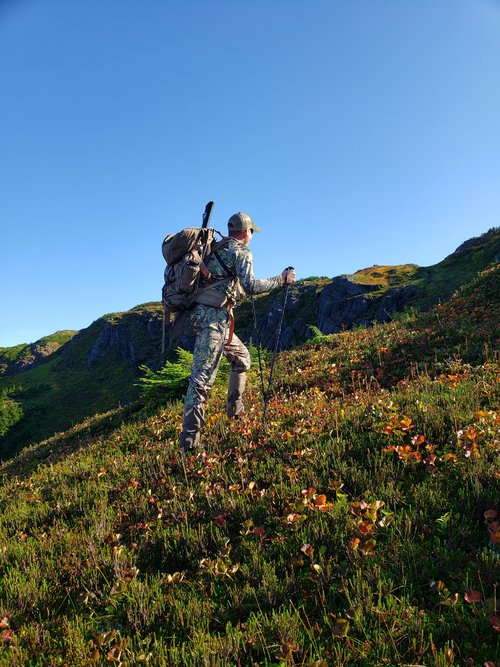 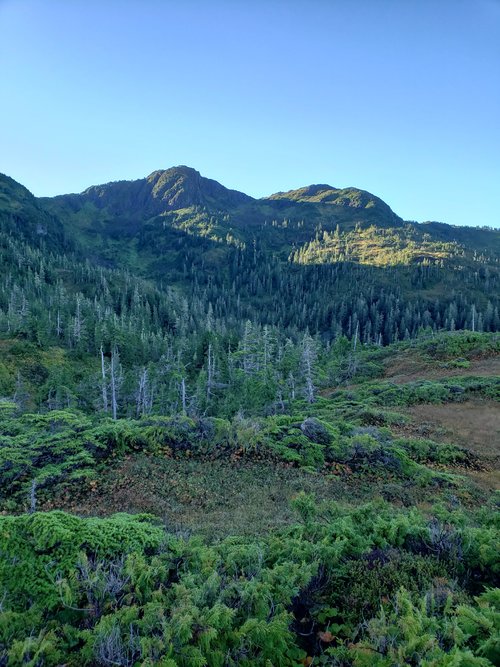 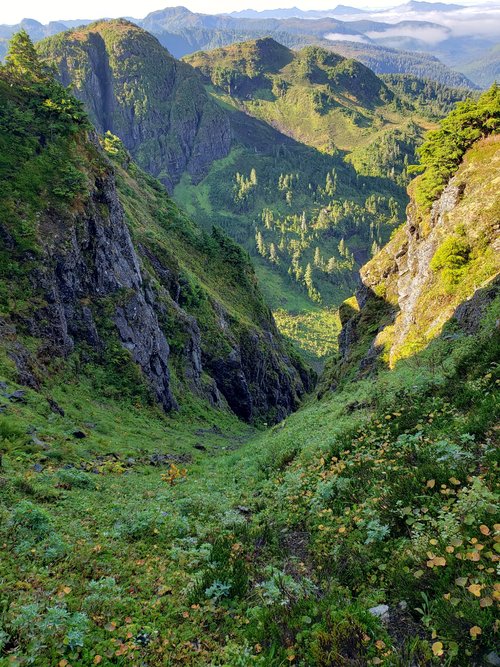 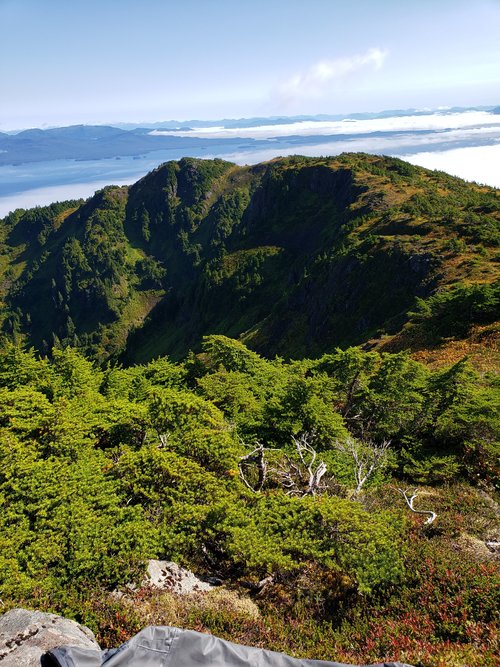 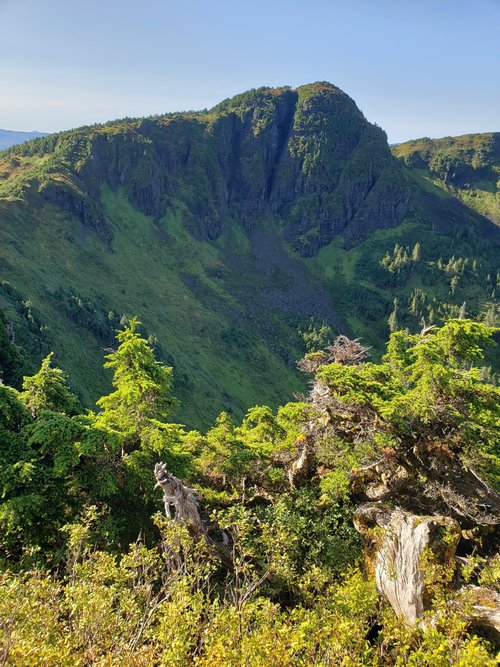 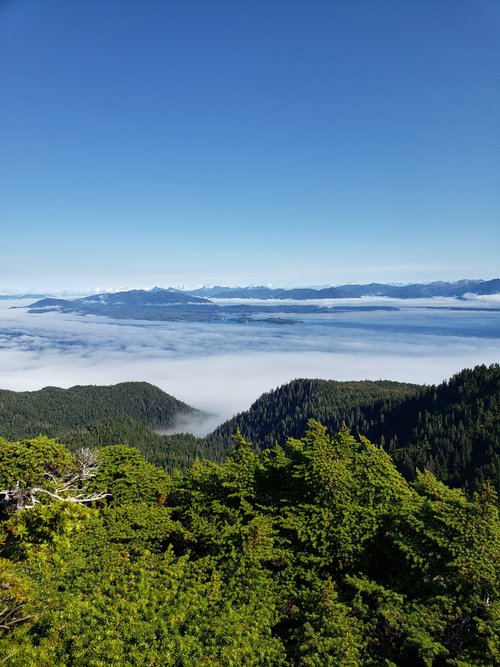 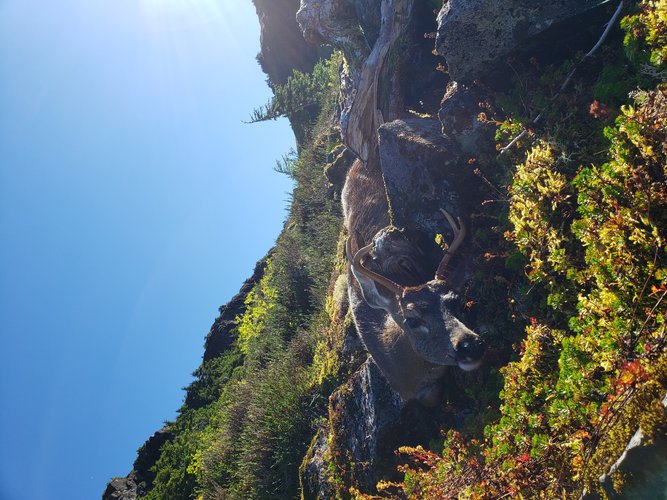 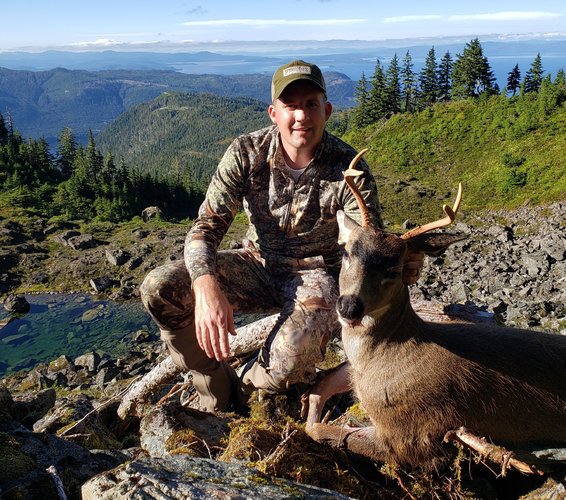 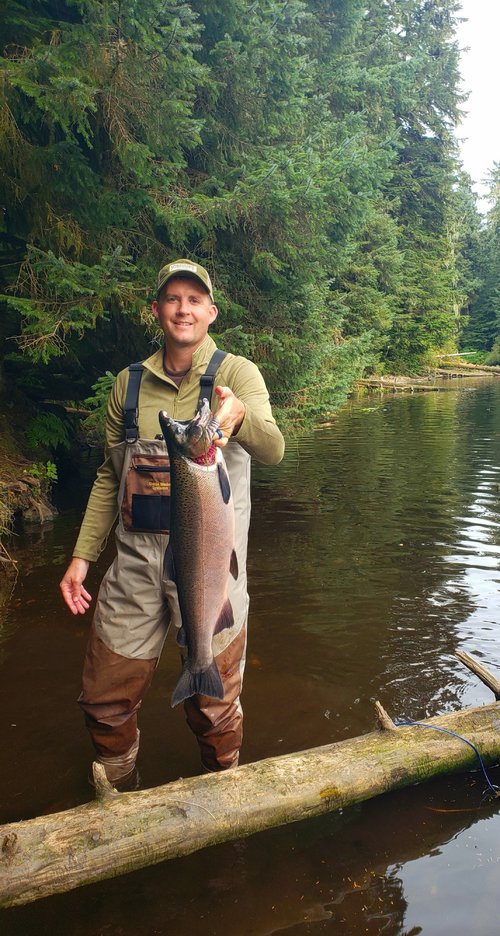 Awesome. Congrats and thanks for sharing!

Excellent adventure for sure. You really did luck out in the weather department. Not often that you get blue bird days from my experience in SE Alaska.

Cool adventure. You got your money's worth. Some of the finest country on the planet to hunt, fish, and explore. Congrats.

Excellent all the way around! Congrats

Awesome post and fantastic trip! That pic of you with your buck at the top of the mountain is incredible!

What a complete adventure!
M

Excellent report, beautiful pictures. Thanks! Spring bear hunting is not far away. . . .

Really enjoyed that! That place is pretty special and a one of a kind adventure. I'm in need of experiencing that fishing in the fall sometime.
R

Man that is an amazing place!

Wow! Any alpine deer is a trophy and well earned after making the long grueling slog through that under brush. Well done and thanks for sharing your pics and experience!

It’s been awhile since Ive been to POW I have not forgotten how brutal the terrain can be. One of my goals guiding out in south west Alaska is to just get people to stop and take it all in. The spawning runs are truly amazing to witness. You did a great job with your story, Ive not often had people articulate the roar a stream full of salmon creates when they spook. I’m glad you got into the silvers a little bit. Of all the salmon they are my favorite to guide too, and personally fish for. Congratulations on a great trip and great write up. That is a very nice bear and your buck is certainly a well earned trophy. Looking forward to your next adventure report.

Awesome great adventure
You must log in or register to reply here.