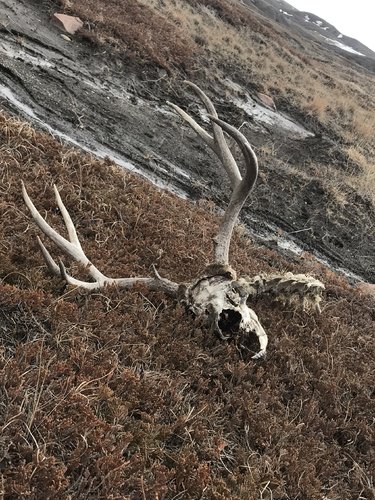 targetpanic said:
Found these guys on a trip to Ontario in 2007. The buck was either shot and not recovered and the wolves tore him apart or the wolves hunted him down and tore him apart.
View attachment 78190

The moose had been there a long time
View attachment 78191
Click to expand...

This one is from last year. Cant wait until the snow goes away...
Click to expand... 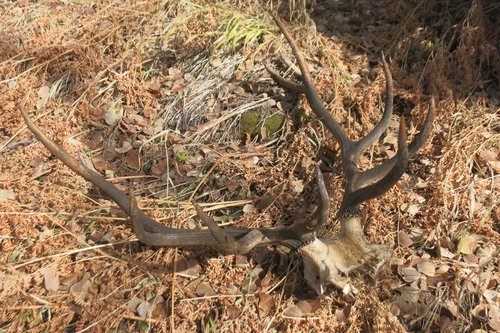 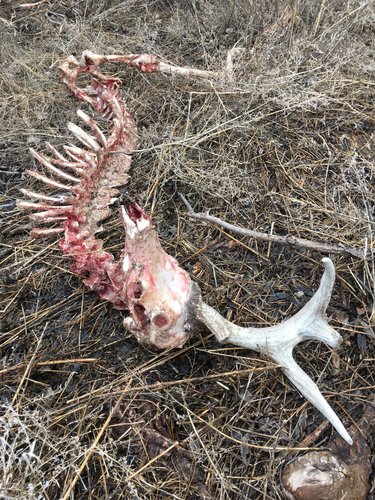 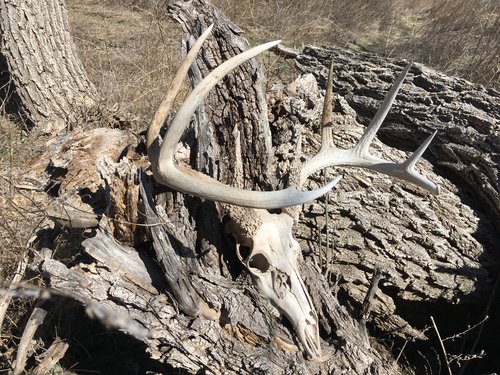 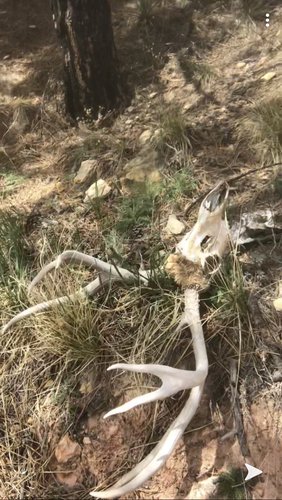 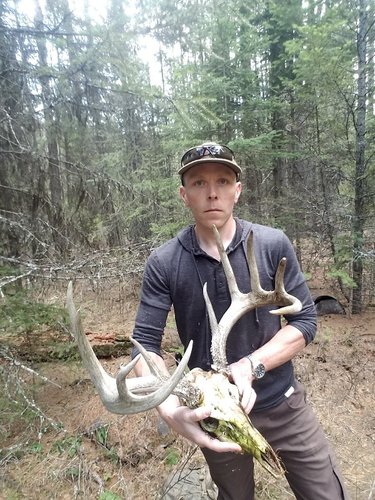 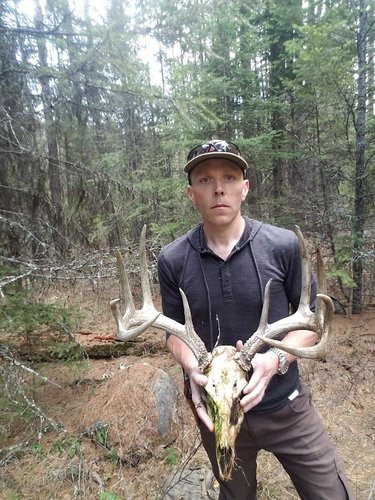 That is a stud. Did you put a tape to him?

He looks about 10" bigger in the picture. 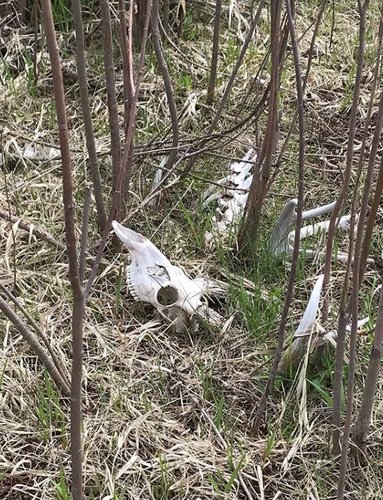 Big Fin said:
Since we have another month or so before hunting gets going, thought it would be cool to start a thread about Deadheads. Given the miles all of us hike in the woods each fall, I am sure we have some cool picks of Deadheads (no sheds, just deadheads).

Not allowed to keep these bighorns skulls in MT, so after taking a bunch of pics, FWP was called. They asked us to bring it to town for them and provide coordinates of where it was discovered. Later scored by FWP at 199 6/8 and now resides in one of their public offices.

How it was found, laying in the sage.
View attachment 48115

Would love to have it sitting on a pedestal in the Randy Room.
Click to expand...

With the new MT law, allowing those to be kept, I wonder if they'll let you swing by and pick it up for the Randy Room? You were the one who found and transported it over.

Found him this spring turkey hunting 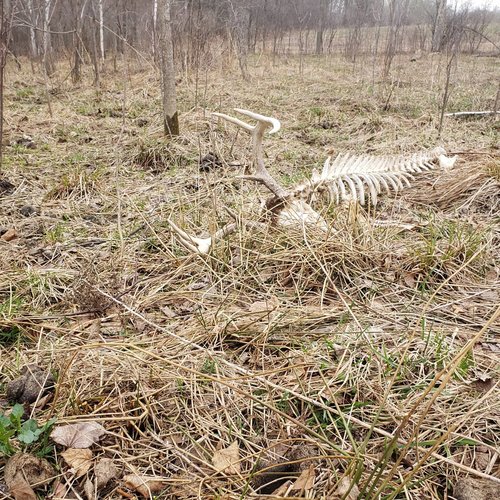 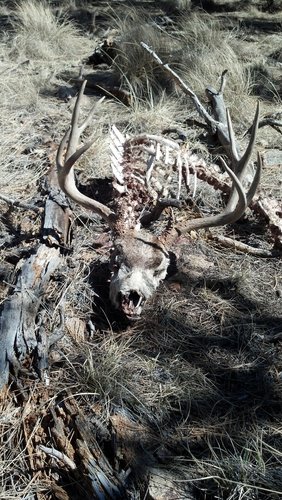 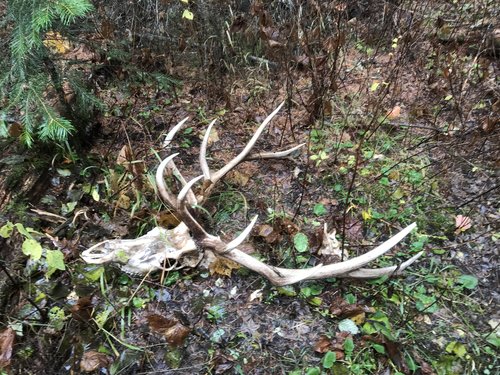 Found this bull at the very bottom of a deep canyon last year while elk hunting. 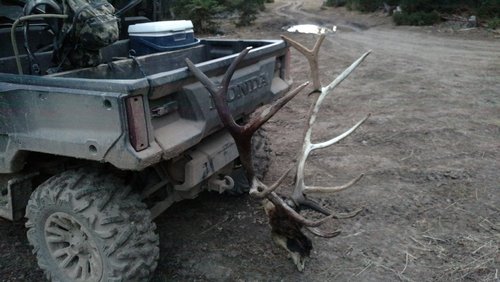 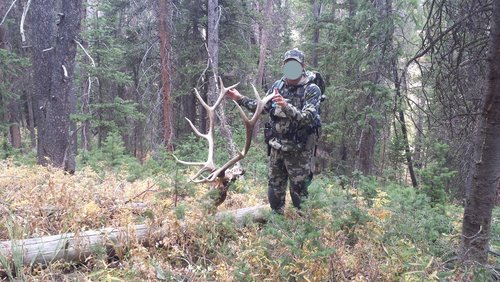 Son found this when we were bowhunting 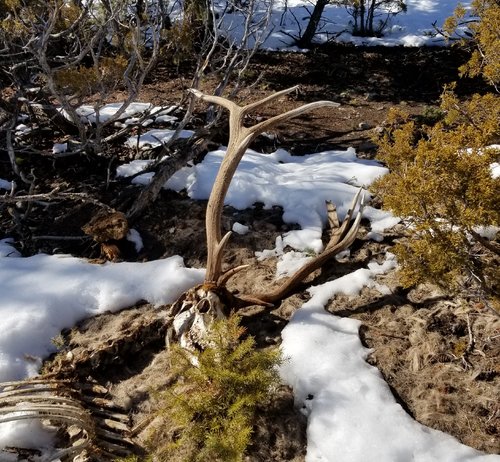