Custer Loses For The 147th Time

Seeing the reenactment and visiting the battlefield, is always a good way to spend the weekend of June 25. The hills run rich with the history of the plains Indians and the 7th Cavalry.

The Realbird reenactment is a bit weak, but still an interesting sight to see… 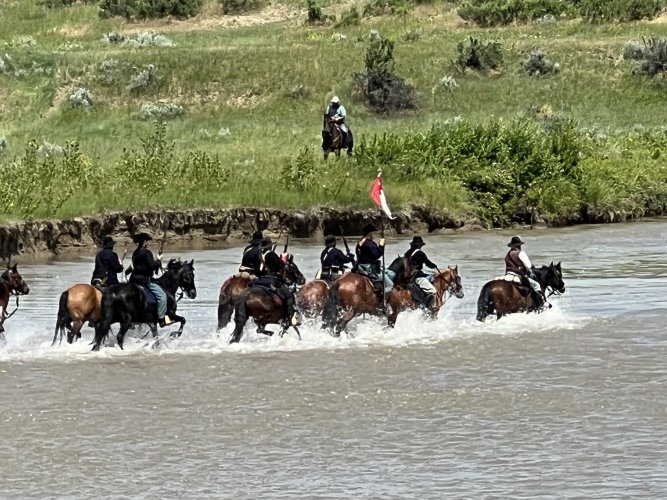 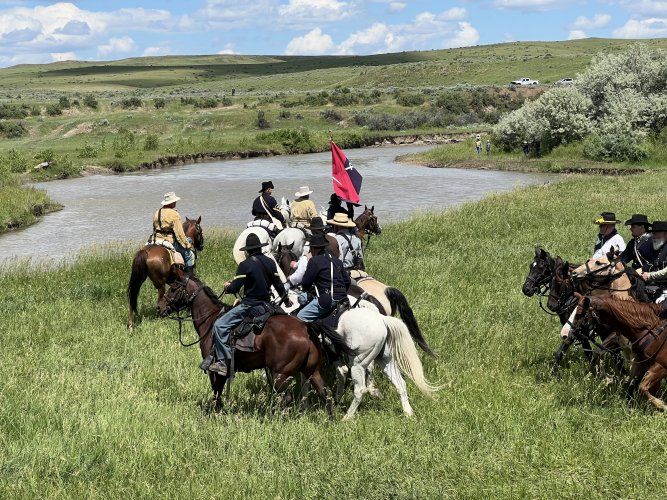 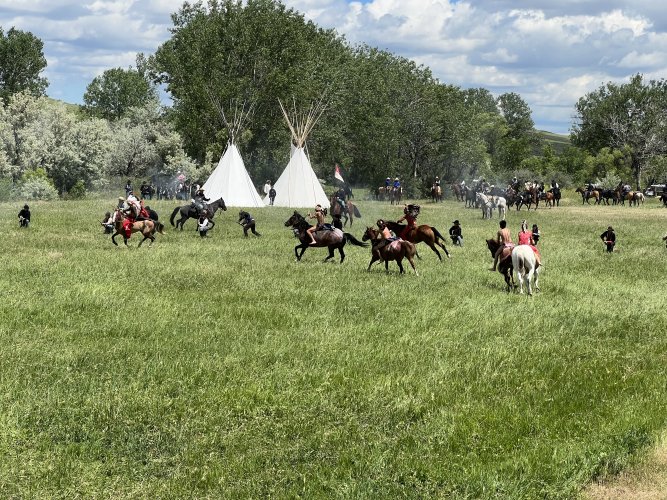 What happens in a strong reenactment… real musket balls? Someone throws a hatchet?

thusby said:
What happens in a strong reenactment… real musket balls? Someone throws a hatchet?
Click to expand...

No, they get Alec Baldwin to star in it…

thusby said:
What happens in a strong reenactment… real musket balls? Someone throws a hatchet?
Click to expand...

I thought maybe you were talking about the Custer, MT basketball team. Back in '86 when I took a teaching job at Reed Point, the girls team won their first game after an 88 game losing streak. It made national news. No one knew when the boys last won a game because the book was lost. We had one senior boy and he'd been playing ball since sixth grade. He never saw the boys team win a game. They ended that season better than 500. Yep. HS athletics in those tiny rural schools can be hit or miss.

One of my all time favorite lines from a movie" Custer was a pussy; you ain't "

Making the line even better was the fact it was delivered in Sam Elliot's voice.

he is certainly one of the best...

Everyone is familiar with Custer's last stand, but how many know about his first one. 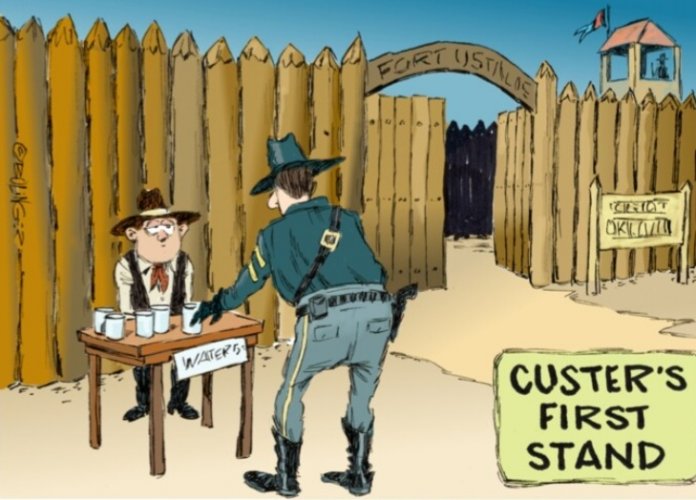 We were soldiers
B

And he was. Great movie

I always thought the book by Lt.Col Moore should be required reading in any leadership class.
Since history tends to repeat itself the difference between Lt. Col Moore and lt. Col. Custer. Would be worth discussing.

No one would know better than you…

Custer was a hero!
Period!

Oh, did you get a chance to carve your name on anything historic down there?
C

Oh, did you get a chance to carve your name on anything historic down there?
Click to expand...

BuzzH - Before you cast stones, I suggest you do some extensive reading on Custer. Most think he was a glory hound, stupid and as you put it...a loser. He was anything but any of those. He marks a place in our history and did many great things before his demise. Do you realize that he saved the Union at Gettysburg? Most think the battle was over with Pickett's charge, but the Confederate forces were also swinging around the "fishhook"of the Union lines and even though Pickett's charge failed, the Union lines were on the verge of being enveloped. Except Custer, with a lesser force, charged Stuart' Cavalry and drove them back. During that engagement Custer had 11 horses shot out from under him. Although he made a tactical error was unsupported and later crucified by his fellow comrades, Custer was following the mission and was following a tactic that had worked many times before. The Sioux and Cheyenne had always surrendered when the women and children were captured. Custer was trying to pin the warriors down with Reno's column and swing to the North of the camp to catch the fleeing women/children to bring the tribes to heel and escort them to the Reservations. Custer's mistake was a lack of accurate intelligence of the exact size of the opposing force, splitting his command ( I believe if he had split in two, he may have been okay, but three? Too few forces in each column) and a undercutting and unreliable subordinate command. Reno should have never led the initial and southern attack column. He was incompetent and a drunk. Benteen was a jealous and backstabbing antagonist that had he been my subordinate, I would have court-martialed or transferred him away to a pop-sicle stand in Nome AK. You also have to emmerse yourself in the time frame to really know the who, what, why and where of this moment in history.
You must log in or register to reply here.

A
Taking my little buddy out