Cooper Rifles What Makes Them So Accurate

I have dozens of Sako rifles and they have always performed great for me and their quality of manufacturing is second to none. Several years ago, I bought a Cooper 57M in 17 HMR and shot it for years, not considering that it was accurate beyond any other rifle. I had also picked up a Cooper 38 in 17 Hornet and it became my favorite medium range varmint rifle.

I was at the Billings gun show in January and a guy had 2 Cooper model 21’s in 221 Fireball and 17 Remington. Already having 2 17 Remington rifles, I was hesitant, but thought it might be nice to get a heavy barrel 17 Remington. I bought it and put a scope on it and with the ammunition I had already loaded for the 2 Sakos I had, I took it to the range and it was easily less than a half inch gun.

I took it shooting prairie dogs and the friend that went with me was blown away with it’s consistent accuracy and lethality at 400 yards. He decided he wanted one and I found him another one. We sighted it in and it was the same as mine.

I found a 220 Swift in a model 22 and bought it, scoped it and sighted it in, and again, another less than half inch gun. We were out with it Wednesday shooting prairie dogs again, and he decided he needs a 220 Swift now.

The addiction didn’t stop there, I was at the Kalispell gun show and found a Jackson Squirrel model 38 in 218 Bee and it does the same. Being stung by the Cooper bee, I got another model 21 in 204 Ruger. When components are impossible to find, it is good to have friends that happen to have some testing components laying around.

I called John Barsness to see what he might have and he put together a nice goody bag for me and I went back to the range and had another great shooting varmint rifle. I don’t know where the addiction is taking me, but I am headed back to the prairie dog fields with a nice group of nearly one hole varmint rigs.

Has anyone else noticed this consistency, or am I just lucky? 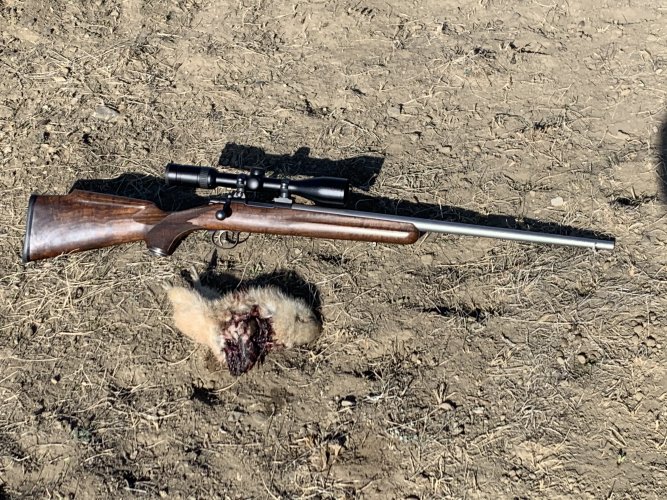 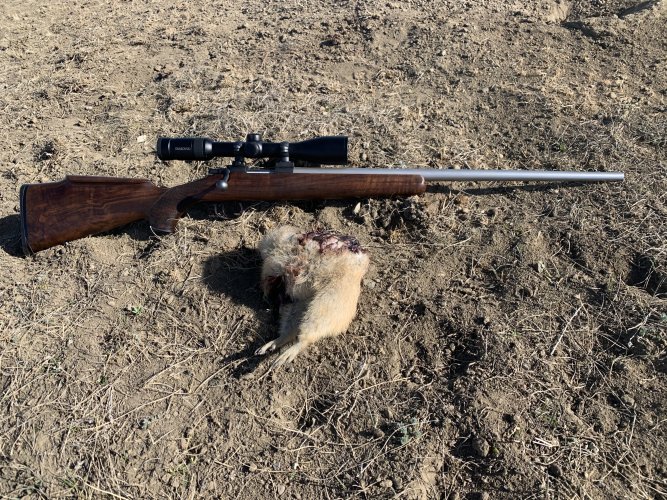 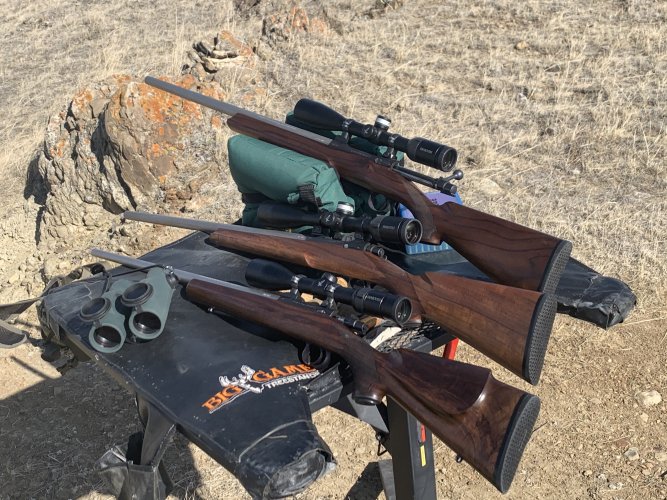 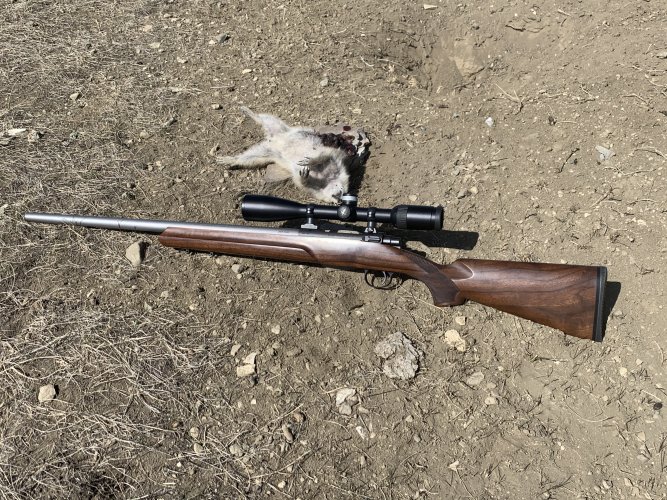 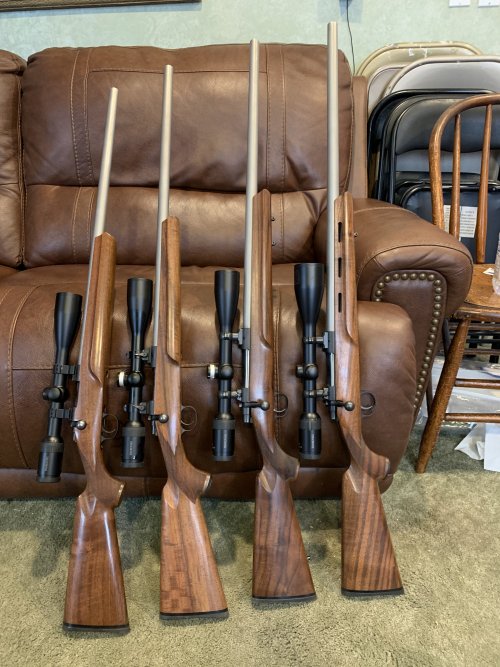 I don't know, but I wish I had a safe like yours. Or safes?
M

I think shrapnal has a wood fetish with his collection. Very boring

Those guns need to be dropped in the rocks a few times. lol

I think they have a 1/2” accuracy guarantee or it doesn’t leave their shop. Probably why you’ve been so lucky on grabbing shooters
E

What’s the old saying... champagne tastes but a beer budget? That’s me. Some day I would love to have a high end and/or custom rifle, but for the time being I’ll have to stick with my production grade rifles. I have no experience with Cooper rifles, but those are beautiful guns, and I’m glad that they are very accurate!

I'd like to add another maybe in .240 weatherby mag. Too many choices

nick87 said:
I'd like to add another maybe in .240 weatherby mag. Too many choices

May frame the Citori nick....they both have good homes.

I took the plunge on a Model 92 280AI as my forever rifle a few years ago and I'm glad I did. It is boringly accurate with factory Nosler ammo. Ragged holes, even with a poor shooter and a light rifle. The elk in my avatar wasn't a fan of it, neither was this buck in January.

We sell Coopers at Scheels and they include the test targets with each weapon. In turn, we display them with the weapons as well.

They don’t use a mass produced hammer forged barrel, and they do everything else right. Sako can make a better hammer forged barrel than just about anyone, but a Cooper or a 40X might have a slight accuracy edge over a factory Sako that doesn’t say “Benchrest” on it.

The one, not really a complaint, let’s call it a surprise, was the detachable magazine. Actually tried to load it while inserted one morning. Felt like a dope.
M

ImBillT said:
They don’t use a mass produced hammer forged barrel, and they do everything else right. Sako can make a better hammer forged barrel than just about anyone, but a Cooper or a 40X might have a slight accuracy edge over a factory Sako that doesn’t say “Benchrest” on it.
Click to expand...

Wilson Arms barrels. And they own Cooper last I knew. mtmuley

For the price, they better shoot hahaha

MJE2083 said:
For the price, they better shoot hahaha
Click to expand...

You get what you pay for. I know the price is crazy, i traded a member here for one and I gotta say I'm probably gonna buy another one. I never thought I would as I get older I actually have less guns in the safe but the ones I have are top shelf.
Last edited: Apr 11, 2021

Edited, I need smaller thumbs or a bigger damn phone

noharleyyet said:
The one, not really a complaint, let’s call it a surprise, was the detachable magazine. Actually tried to load it while inserted one morning. Felt like a dope.
Click to expand...

I have mixed feelings about dm's. Actually I love them unless you lose em then they suck. Took 3 years to replace one for my .204 browning, got smashed under the tractor seat. I treat that thing like gold now.
You must log in or register to reply here.

M
Favorite Vintage .22 Rifle, Favorite Hunting Use For it too

D
A tale of two rifles
2