I caught this nice brown last Saturday evening. Shortly after this photo was taken he bit down and shredded my thumb. I bled like crazy, but it was worth it. I love big browns! 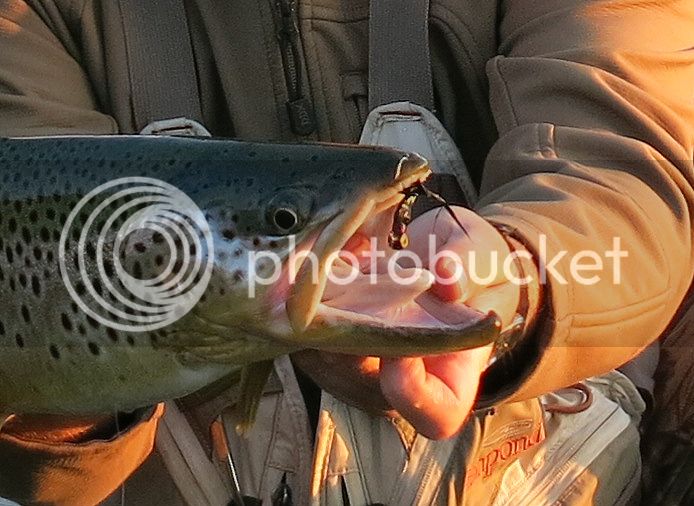 Goes to show fishing is a "blood sport."
S

That just makes the story even better

I'll bet if someone ran a hook through your snout you'd bite too.
Nice fish.

That's a bruiser of a fish. Got any pics of all of him?
I've had big brownies shred a thumb before as well, those teeth can cut a guy pretty bad.

So how big is he? He looks huge.

Mighty nice brown...was he trying to give you your hook back?
B

He's not "huge", but he's not bad. I caught him and threw him right back in after a couple photos. Unfortunately the location is somewhat recognizable and I would just as soon keep it from getting hammered by the locals. Hence the obnoxious blurring of the background. What I don't mind sharing though is I really, really, really like using the marabou jigs that I buy from Kit's Tackle out of Helena. It's a father/son business and they fish and hunt fanatically. They don't just market their jigs they use them nearly every time they go out to fish, which is pert near weekly/year-round, as long as there isn't a big game season distracting them. They are good guys and represent Montana well. 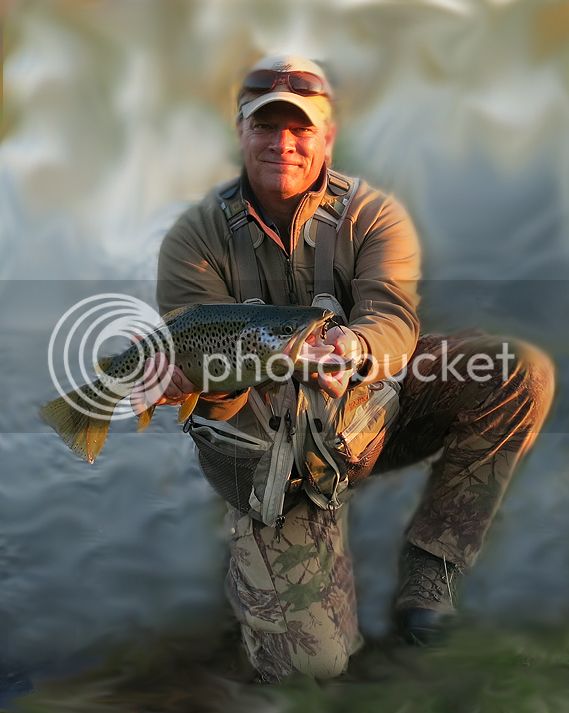 Thanks for the maker of the Jig. I use some of their gear for Ice fishing. Looks like I'll have to snag a few bigger ones to heave with my spinning rod into the local waters.
B

Mthuntr, I use 1/8th ounce. My favorite is a black marabou with a red collar. It is the jig pictured in this photo.
You must log in or register to reply here.

Playing hooky with my boy