My next door neighbor brought over a bottle of Blanton's saturday evening. Good bourbon. Our conversation turned to dream bourbons. Does anyone have Pappy Van Winkle reviews? I'd like to try it, but price is a little steep.
O

Not worth it in my opinion....so many good 30-50 a bottle ones out there why spend thousands on a bottle of Pappy...

I've tried it twice. I would rather have several bottles of Michters or Buffalo Trace (who make Pappy).
O

rwc101 said:
I've tried it twice. I would rather have several bottles of Michters or Buffalo Trace (who make Pappy).
Click to expand...

It's not truly a bourbon, but I've really enjoyed Balcones Brimstone. Priced on the top end of what I'm willing to spend, at about 50 bucks, but for a treat, yeah. There's a lot going on when you start sipping.

Try to find a bar that offers whiskey flights.
P

Never had it. I did try some Thomas Handy ( 800-1000 a bottle) a few months ago at a company dinner where a guy was bragging about his bourbon collection being close to 6 figures. I smiled, took a sip, and said "Man that is something to just piss it away".

I am a big fan of Basil Hayden and Bulleit.
J

Get out of here with this nonsense!
M

I never realized how good the stuff was till I poured some Coke in it. 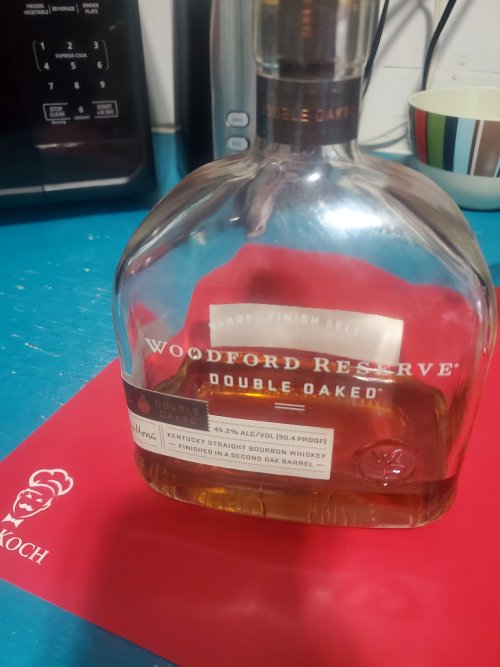 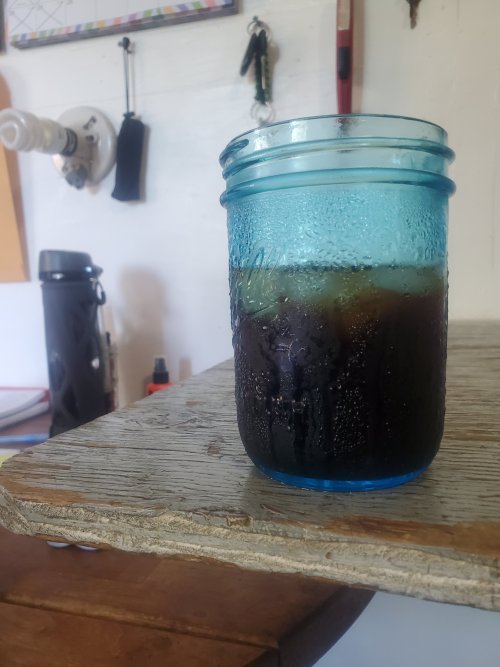 rwc101 said:
I've tried it twice. I would rather have several bottles of Michters or Buffalo Trace (who make Pappy).
Click to expand...

I haven’t tried it. I would if it was offered to me, but I can get quite a bit of enjoyment from Buffalo Trace and be perfectly content with that.

I've gone through three bottles of Pappy 20, and traded the fourth. I love wheaters and it is very very good, but not worth the price it commands right now. A buddy, who loves wheaters as well turned me on to this bottling of Jeffersons Ocean Special Wheated....we both agree, it's Pappy good. 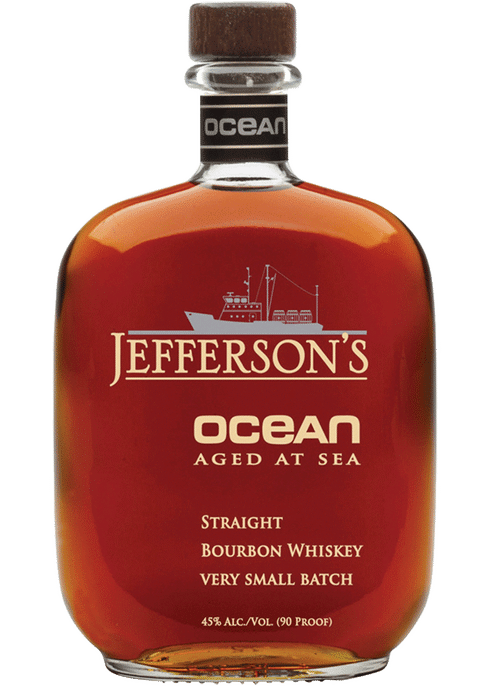 Kentucky- This small batch bourbon is aged on OCEARCH boats as they travel the seas. The constant movement of the liquid in the barrels ages the whiskey faster because the more of the liquid is in contact with the wood more often. The result is a spirit with rich and complex flavors.

warmer said:
My next door neighbor brought over a bottle of Blanton's saturday evening. Good bourbon. Our conversation turned to dream bourbons. Does anyone have Pappy Van Winkle reviews? I'd like to try it, but price is a little steep.
Click to expand...

One of my clients brought me a bottle of Pappy Van Winkle. I dont like it any better than Makers or Buffalo Trace. I been drinking Kentucky bourbon for 35 years. I dont consider myself an expert but I know what tastes good to me. I don't dislike PVW it just doesn't do anything more for me than other cheaper bourbons. That would be my honest review.

I have drank plenty of it and Crown, and I like it but it is blended whiskey not Bourbon.

I have a Pappy. Its way overrated.

I enjoy bourbon, but am far from a connoisseur. I had a "friend" over this past weekend who fancies himself a connoisseur. He brought a couple bottles to sample along with my collection and we compared them all. We universally concluded that there was no apparent or consistent difference between the bourbons we tried ranging from $20 (Costo Small Batch - get you some!) and his $170 Peyton Manning endorsed bottle. We had several in between.

I've concluded over the years that "quality" is probably the least impactful driver of cost when it comes to bourbon. Sure an 8 year bourbon is going to cost more than a 3 year (all things being equal) and the 8 year will likely have more quantities that we tend to describe as "good." However, when comparing 8 year bourbons to other 8 years, I believe it comes down more to personal preference than one being adherently better than the other.

That being said, I'm a big fan of experiences and sharing in unique opportunities. It's why I hunt trophy country with good friends instead of paying for canned hunts. Therefore, I would really enjoy trying something as rare as Pappy with someone who would appreciate like my dad or brother. Not because I would expect it to be the best thing I ever had, but because it would be a unique opportunity and a cool memory.

Side note - I have an empty Willet bottle that I have refilled a dozen times with a plastic handle of Old Crow ($12 at CVS for a half gallon) that I leave in my bar cart. When we host and have parties that cool looking Willet bottle gets hit 2:1 of any other. I have had multiple hipsters bypass my Costco small batch to drink up the fake Willet because they prefer the "good chit." Further, I've had several Willet drinkers (guys claiming to 'love' willet) drink from it and not notice.

If you eat with your eyes then you drink with your mind.

My wife bought me a bottle of 10yr pappy for my 50th birthday.
It's ok, but as rwc101 said, I'd take Michters or Buffalo Trace over it any day(actually had Michters last night)
If you can find it, Weller Special Reserve is smooth!
Our ABC stores here in Va have had notifications via Facebook or email when they have an allocated bourbon drop at local stores. I've picked up Blanton's, Eagle Rare, Buffalo Trace and a bottle of Elijah Craig barrel proof in the drops. The Elijah Craig is really good!

I've had PVW several times and would take Blantons, Four Roses Small batch, etc over it every day. Its good, but its not $100 a shot good.

You didn’t wanna go on down to the ten-high or wild Turkey?

They did name wild Turkey right though. After you take a drink you run around the bar flapping your arms and bobbing your head trying not to vomit.
You must log in or register to reply here.

A
Taking my little buddy out