Anyone use semi-auto rifles other than AR style for hunting?

Living in PA now.
Last year they did approval for 22lr semi auto for small game, and decided a semi auto shotgun shooting slugs is ok.
Otherwise it has to be manually operated.

I’ve only ever owned one rifle. BAR in 7mm I bought over 25 years ago. 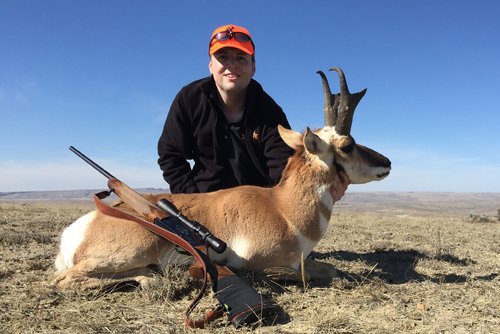 It’s been a good gun, although the trigger pull is a bit heavy. It’s made all of the longer range shots I’ve asked it to and, knock on wood, has never had any reliability issues. My brothers use them as well, but in .300 and .338 with muzzle brakes.
Last edited: Friday at 11:56 AM
S

Mthuntr said:
All of the listed will be just as heavy or possibly heavier than an AR10
Click to expand...

My AR-10 weighs just shy of 11 lbs. without any accessories. DPMS LR.308 with a 20" barrel. Any of the rifles the OP listed are no doubt lighter than that.

shootbrownelk said:
My AR-10 weighs just shy of 11 lbs. without any accessories. DPMS LR.308 with a 20" barrel. Any of the rifles the OP listed are no doubt lighter than that.
Click to expand...

That's your AR10...building one can get you to 6.5-8 depending on your parts. Sure it'll be expensive but the OP did not dictate price as an issue at first and stated he wants a rifle for fast second shots in timber...an AR10 Carbine covers that pretty damn well. Just stating facts as "weight savings" a flawed reasoning.
S

I followed a few builds of lightweight AR-10s. The thing that gets lightened the most is the builder's wallet. It's damned expensive.
R

I grew up where semis were very popular. Mod 742s, it seemed mine and every 30-06 chambered were jammomatics. The 308 and 6mm Remington were just fine, and very accurate too. I bought a BAR 7mm Mag when I got out of the Army, 1973 and while it was accurate and the trigger was good, it was very heavy, and temperamental with a need for exceptional cleaning to operate. I traded it off. I've later had several Mod 7400s, and all shot well, 30-06 & .270. Two more BARs, an older Belgium .270 that was great and a Jap made 338WM. All good. Owned one 750 carbine in 35 Whelen and it was as accurate as a good bolt gun, and reliable. A guy at the range had one of those Benellis, and it was a fine rifle, very accurate. If I ever bought another, it would be a 7400 to 750 in .308 or .243, some short action round. I am OCD on rifle reliability ( that comes from growing up with cheap, junk guns and later the M16Ai in the Army. Make mine a well maintained M60 Pig thank you very much, ha.) I have seen many older Mod 742s that are selling cheap. IF the rifle has not been shot much, the 30-06 is fine. The ones in 308, and same length are usually fine no matter. Just have a smith give it a thorough cleaning, especially the gas port area.
Last edited: Mar 20, 2020
S

No, I live in Canada and apparently ARs are scary so I can only take them to the range...

Although I never hunted with a semi-auto, my cousin used to have one built by Winchester in .308 I believe. I think he bought it new in the early 2000's. I remember it had a black synthetic stock and a detachable magazine. I think it was a shooter, but it was really hard to tell, because he would load it with a mixture of different ammo brands and bullet weights. On multiple occasions I tried to explain to him about how he needed to pick one brand and bullet weight for accuracy and consistency, but he would just look at me like I had multiple heads. So I let it go.
F

I bought my father a BAR in .270 Win during the early 80's. He shot a couple deer with it. When he passed away, I suggested to my brother that he take the rifle as I was too busy working that time of year to be deer hunting anyway. He also took several deer with it. The rifle is a bit heavy, but it is accurate enough for a couple hundred yards here in the east.

Mostly I hunt with a bolt-action 06 but my first year out here I filled my deer tags with an open-sighted M1 Garand with 150-grain softpoints, but that was a long time ago when I had both eyes intact and 20/15 vision. I did bag an antelope and a couple of whitetails with a scoped FN FAL, just to be contrary and hunt with an Evil Black Rifle. M1As and AR10s are usually more inherently accurate than FALs, which use a tilting lock breech block rather than rotary bolt locking lugs, but I have one with a freefloat handguard that turned out to be a very good shooter and I worked up some good 150-grain GameKing loads for it. It was the only rifle in the safe that hadn't spilled blood and late at night I could hear the other guns making fun of it, so I took it hunting a few times. It did the job with one shot on the afore-mentioned critters but I soon got tired of toting around 12 pounds of iron.
L

I've got a BAR Safari Grade in 300 WM that is very accurate. Never had a jamming issue, but you definitely can't chamber a round quietly (Not as much of a problem out West, but it can be when you're sitting in a blind or treestand). You don't necessarily have to let the bolt slam shut, but I have to close it fairly hard in order to make sure it's ready to fire. It's a blued steel and wood stocked gun, and I'm pretty sure it weighs over 10 pounds scoped. That being said, it's the first gun I ever bought with my own money, so I plan on passing it down some day.

elkduds said:
I had a Mini 14 briefly. His cows should be worried whenever your bud bangs away in the general direction of a nearby coyote.
Click to expand...

The new ones are pretty accurate. There are a few tweaks that make the old and new ones shoot pretty good. I really like mine.

The new ones are pretty accurate. There are a few tweaks that make the old and new ones shoot pretty good. I really like mine.
Click to expand...

I had an old 180 Series Mini-14 forever but I hardly ever shot it because it was like a 3-4 MOA rifle no matter what ammo I tried. A few years back, on a whim, I removed the front sight and put one of those Limbsaver X-Ring rubber baffles on the barrel. Could not believe the difference. Turned the old pig into a MOA shooter with good ammo.

What about the abundant 10/22 for small game

I used a Winchester 100 until the firing pin broke. Which reminds me I need to find someone to fix that.
S

I built an AR-10 on the DPMS platform in 308. It was the most accurate rifle I ever owned. It would print .5MOA all day with factory Hornady Superformance SSTs and was seriously cool on top of that .

I ended up selling it because it was a giant pain to carry (weighed about 12lbs scoped and loaded) and the 20in barrel with compensator was deafening. I also hated how I couldn't load it quietly. A charging handle is unbelievably loud in a dark quiet woods and climbing a 25 foot ladder with a loaded AR is foolish. AR safeties are also far from quiet. I once took a snap shot at a whitetail and didn't have time to put on hearing protection before I shot. I dropped that buck on Friday and could hear again around Monday, but the ringing is another thing....

For me none of that was worth it and I sold it and bought a nice Weatherby Vanguard II in 300 win (actually a Howa) and a Burris 3-15 Veracity. I have spent a lot of time dry firing and practicing how to "stay on the controls and in the scope" and can now cycle the bolt without breaking form and while not quite as fast as the AR, I've never been unable to get a follow-up shot when needed. Beware the man with one gun.
F

Not a semi, but I really liked the Remington 7600 pumps. With the Timney 870 trigger spring they’re pretty good shooters.
D

I hunt with a 7 mag Browning BAR high grade. My backups are BAR 7mag. My son has a BAR Safari in an 06.

Over the years the need was not for fire power but a faster 2nd shot in the jungle. Little twigs deflect bullets easily. You need a quick recovery.
My heaviest BAR is 8.5 lbs and the High Grade is 7.25 lbs with a leupold scope. My Husky weighs 6.75 lbs so squabbling over the weight of your lunch is not real especially if your rifle has a tripod.

My farthest shot was over 600 yds. My closest is about 10ft. The normal is about 30 yds. They normally shoot a 1 inch group. Accuracy has never been a question or issue.

Are they expensive? Without question. I've had my first one since 1984. I have had no problems. Pretty cheap over 30 years.
Buy quality its cheaper over time.
Best advise - get a rifle that fits you!
You must log in or register to reply here.
Share:
Facebook Twitter Reddit Pinterest Tumblr WhatsApp Email Link
Top