Living in Wyoming you sometimes take it for granted that you can hunt antelope each year. After having an antelope license for many years in a row I decided to try and draw an area with much lower draw odds, but a higher chance of finding a big buck. Well after 3 years of not drawing an antelope license I decided that I was going to put in for a higher draw odds area. Luckily I was able to draw my first antelope license in 3 years. I set my goal of finding a buck that would be in that 76"-78" range knowing that the area I would be hunting doesn't produce those mid 80s bucks, but it is Wyoming so you never know. So over the summer I scouted pretty much the entire area looking for a good buck that I could go after once season opened. 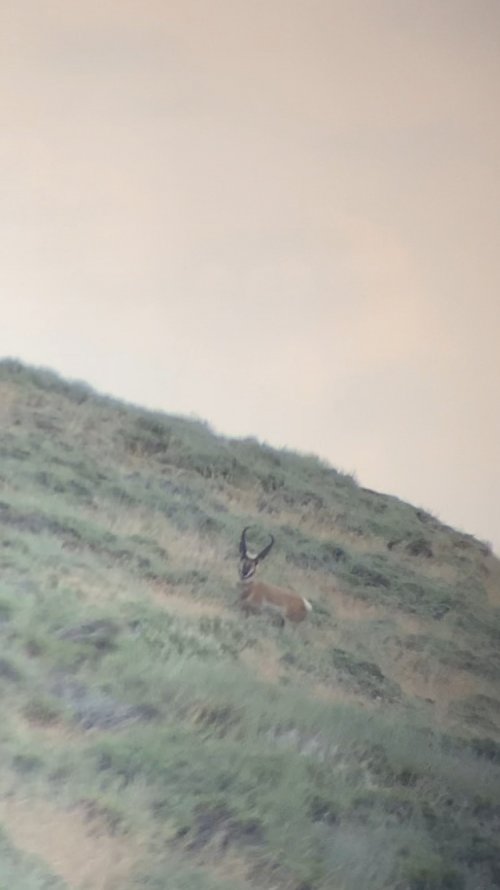 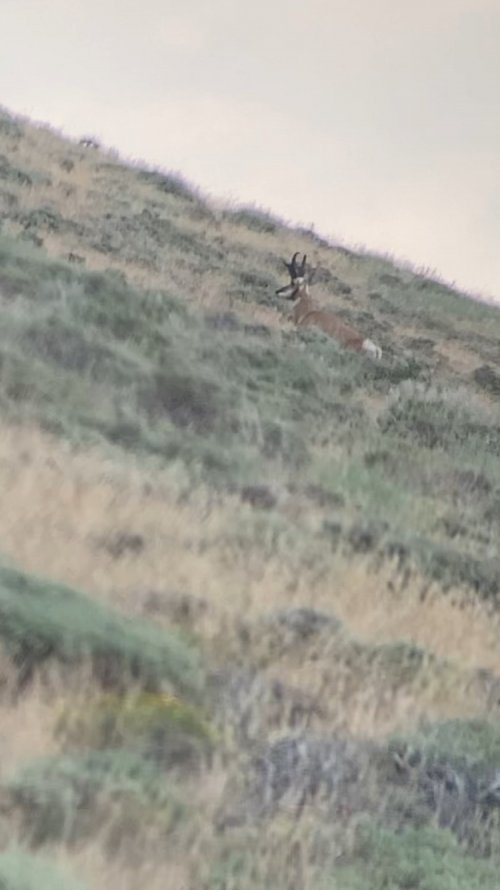 After scouting this was the best buck that I find. I made many trips to the area keeping an eye on him and also looking out for any other bucks that I may have missed. A couple days before the opener I made my last scouting trip to make sure he was still there and hadn't been bumped or maybe killed during the archery season. I thought after watching him on many different trips that he was just what I was hoping for in the area a good buck in that 76-78" range. I found him right where he has been since late July, so I was pretty excited for the opener.

Opening morning finally came and I was pretty excited to be hunting antelope for the first time in 3 years. As the sun came up I was right where I wanted to be, but no antelope. I thought maybe they are just in a draw that I can't see, so I decided to just get to a good glassing spot and wait to see if they feed out to where I could see them, didn't want to bump them. After about 30 minutes I start to see a few does start feeding out of a small draw at 478 yards, this has to be his herd, but I wait to make sure he is there. After just a couple minutes out he walks, after 3 years of not hunting man did I get excited. There is a small hill between us that I think I can get to and have a 250 yard shoot. As I am just getting to top of this small hill a doe has feed all the way to the top of the ridge that the antelope are on and spots me before I can lay eyes on the buck, which is 50 yards below her. I try to get to a spot to where I can shoot, but she takes off and takes the whole herd with her. I figure no big deal give them time and they will be in the next draw over. When I peaked into the next draw over there were no antelope to be seen. So I spent the rest of the day looking for them, which I never found them again that day. So, I gave them a couple days hoping they would come back. When I went back they were nowhere to be found, so I gave them a couple more days and once again nowhere to be found. Now I am starting to worry that I bumped them into another hunter or they are gone from the area. So after a week I go to a completely different drainage and start looking, hoping to find them there. In the last small draw in the drainage I find him again he has one doe and seems to be rutting her. After a long stalk I am able to get to 180 yds and make the shot count. 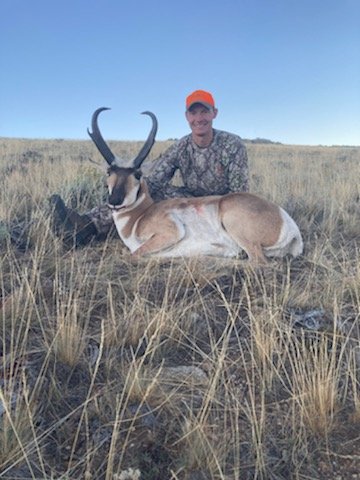 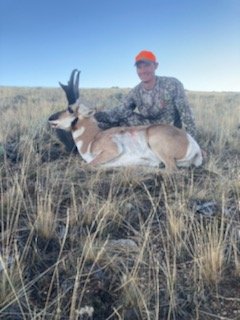 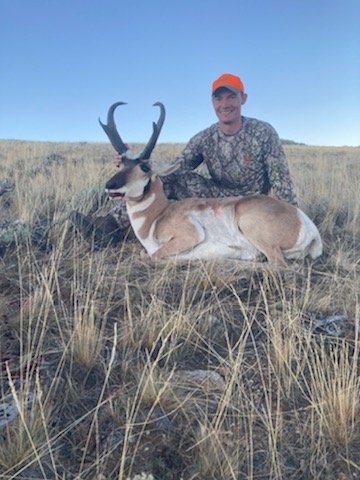 After taking a few pictures, sorry not best I was solo and had my phone taped to my tripod, I quarter him and made my way back to the truck. When I got home I thought I am going to score him just to see if my prediction was correct, which was 77 to 77 1/2". As I started to tape him out I thought maybe he is bigger than I thought. That night I came up with 82 4/8", WHAT NO WAY. The next day I took him to a taxidermist to have the head boiled and the horns removed and packed back on. After I got him back I measured him a lot more carefully and came up with 82 0/8" net. I took it to a friend that is an offical measurer to have him score him and he came up with exact same thing as I did. I am guessing after 60 days he will just miss the all-time by a few eighths. He is an antelope that nothing is special, but everything is good. He is heavy above the paddle which make them look short. Hope I don't have to wait another 3 years to hunt antelope.

Awesome, I need to harvest a few more things up in my neck of the woods but want to come down and get an Antelope!

Great hunt and great write up. Congrats on a successful harvest!

Nice! Also in Wyoming, but the numbers in my area are way down, so I will wait.

Congrats! Antelope are so awesome! No way I could wait 3 years….
Matt

Congrats on the great buck!

Thank you for all the kind words. It was a week of hunting, 3 months of scouting, and a 3 year wait. It was certainly a roller coaster, but wouldn't change a thing, well maybe the 3 year wait.

Excellent!
You must log in or register to reply here.