3 bucks in the freezer!

What a great deer season my family had this year! My wife Keely has been on a couple deer hunts with me but for some reason or another she never has been able to seal the deal until this year. So I hiked her in well after dark to a spot that has treated us well over the years hoping to find her a good buck. We set the tent up around midnight and tried to get a few hours of sleep waiting for opening day to show itself. Up bright and early we headed out and were disappointed to only see a few Does and a baby forked horn buck that wasn't what she was after. So day one came and went and I'm sure she was thinking "Great! going to get skunked like all the other times!" But day two would be different.

The second morning we were up early again and checking a few draws that I had always seen deer in and finally found what she was looking for, a healthy 3 point buck that she would be happy to tag. The sneak was on. We got ourselves into 265 yards and I got her rifle all set up on the pack and she nestled in behind it and found the buck in the scope. He was quartering towards us and I think he was kind of on to us. He had the look like he was just about to get out of there. It felt like forever to me and just when I was about to apply "a little" pressure to shoot, her rifle went off. She absolutely flattened that guy. I think she was a little skeptical when I told her he was down but you couldn't have drawn out a better shot. A quick clean kill. She was through the moon with excitement and I was equally proud. Enough talk pics below! 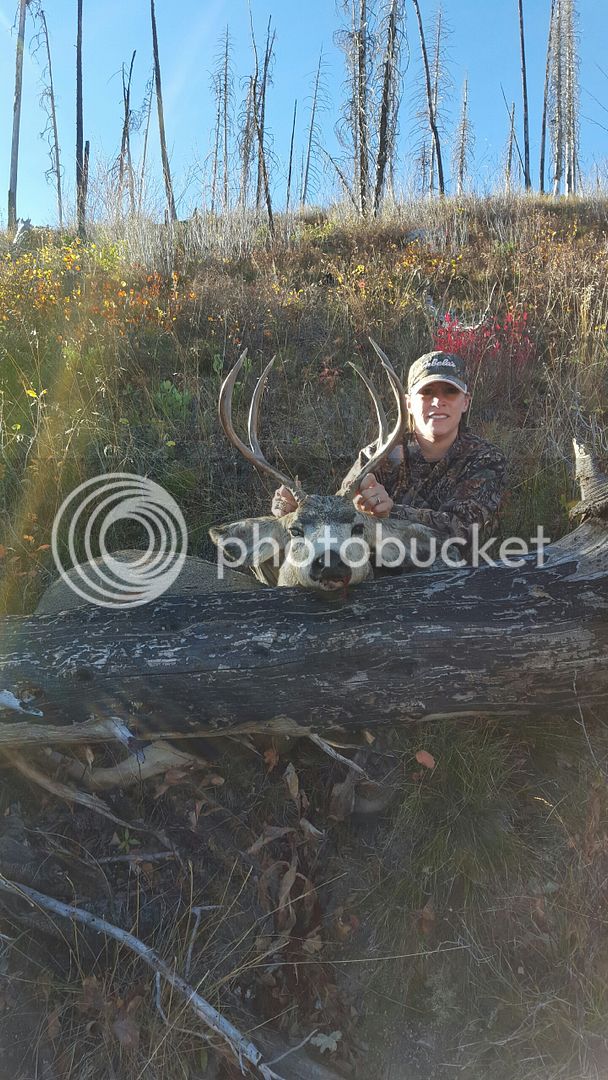 So with Keely's tag filled it was my turn I went back to work for a few days then packed up and headed back up the hill with my buddy for 2 weeks of deer hunting. Ive been excited about having 2 weeks straight off for quite a while and it was finally here. I saw quite a few little bucks but nothing I wanted to shoot at the first 4 or 5 days and I was starting to get worried since I had bought a second tag and was now starting to worry about filling the first. I don't really trophy hunt I wouldn't say but I don't want to shoot a dink either. So I generally hold out for a respectable buck, when I found this one I knew he was a shooter in my book. I snuck in and put him down with one shot to the neck at around 200 yards. Just a nice mountain buck that made me grin. 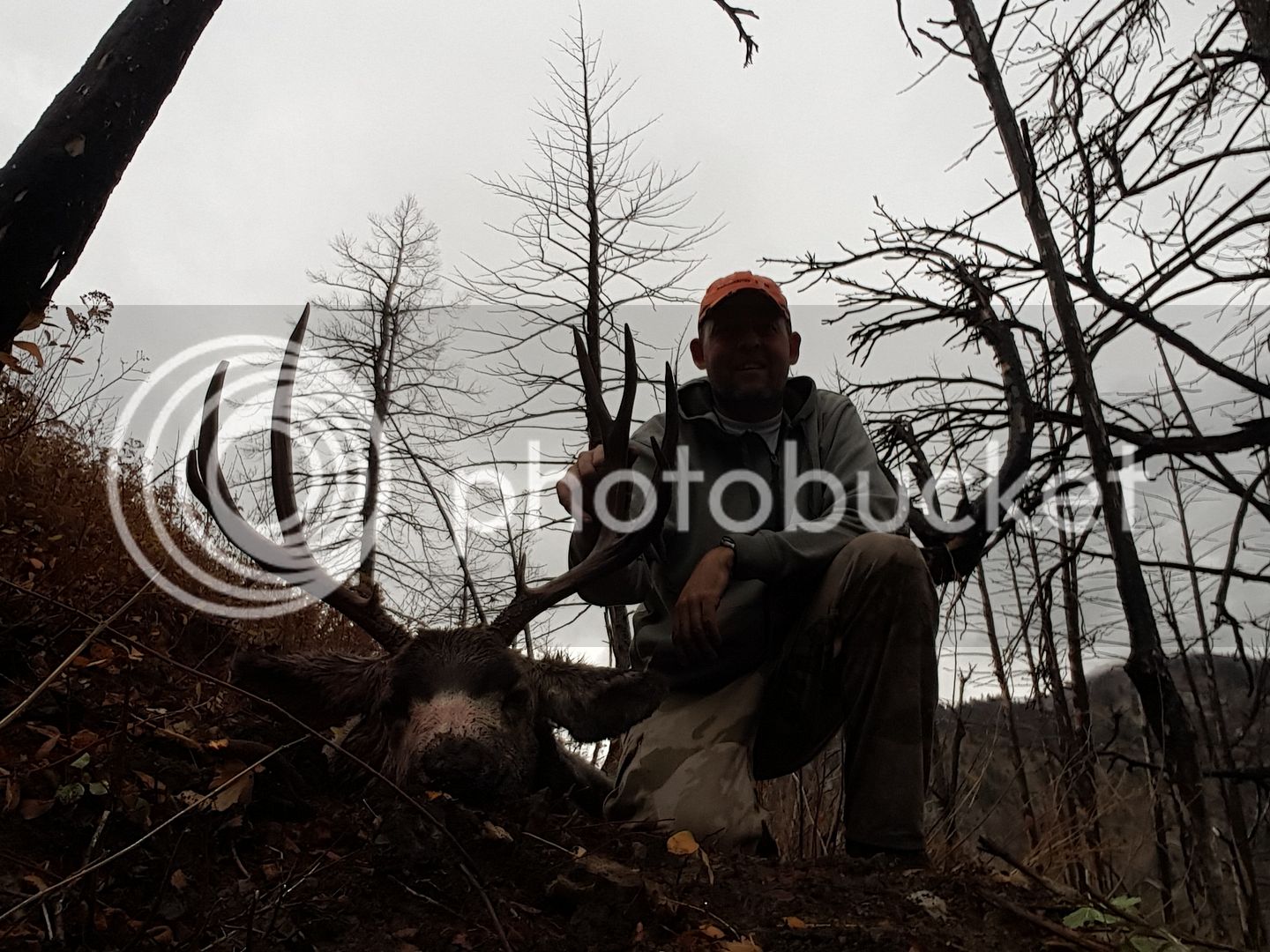 Tag one was punched and I was happy. We headed home to take care of this buck and a few other obligations and I really thought about just calling one buck enough for this year until I got home and my 7 year old son wanted to go hunting. I'll never turn down that offer! Another group a friends were camped in a little easier terrain that would suit my Son Isaac a little better so we loaded up with snacks and Capri-Suns and headed out for one more hunt. I really expected not to kill a deer but rather to just spend some time with Isaac playing in the dirt and eating snickers bars, and I was more than fine with that. We "hunted" for 2 days and saw a few does but no bucks, he was really getting bored so he asked me if he could stay in camp and play with another friends daughter the next morning so I said sure. I figured I would go out for a bit and then we would pack up and head home after a great weekend. Wouldn't you know it an hour into my hunt a buck popped up in a spot that Isaac could have made it to. I was bummed that he was in camp and not with me, but his eyes sure lit up when I pulled back in with this buck. He had to get in for a picture too. Another great weekend that capped off a great season! 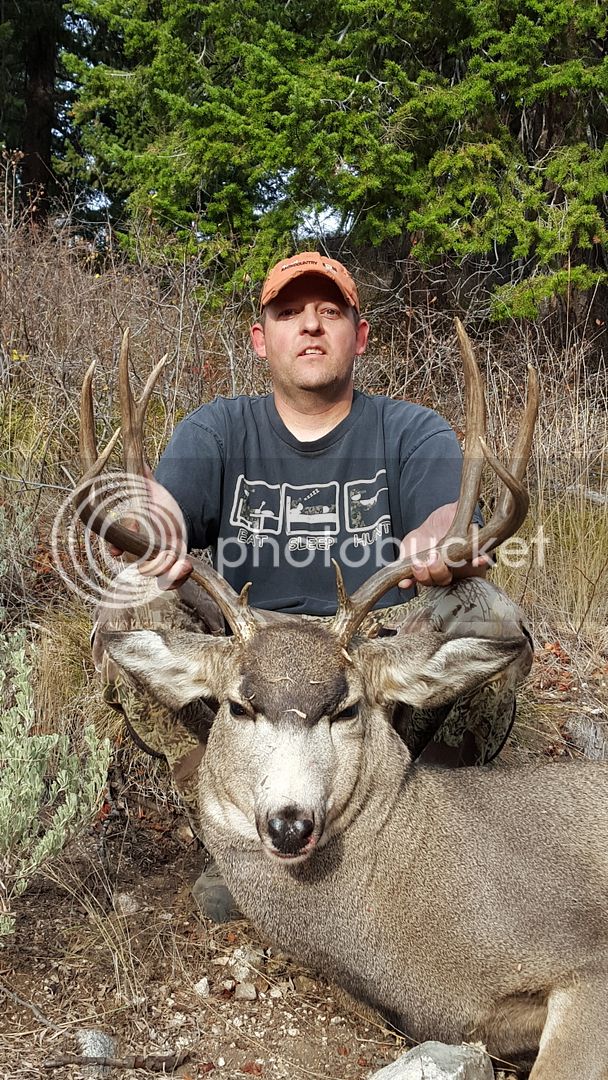 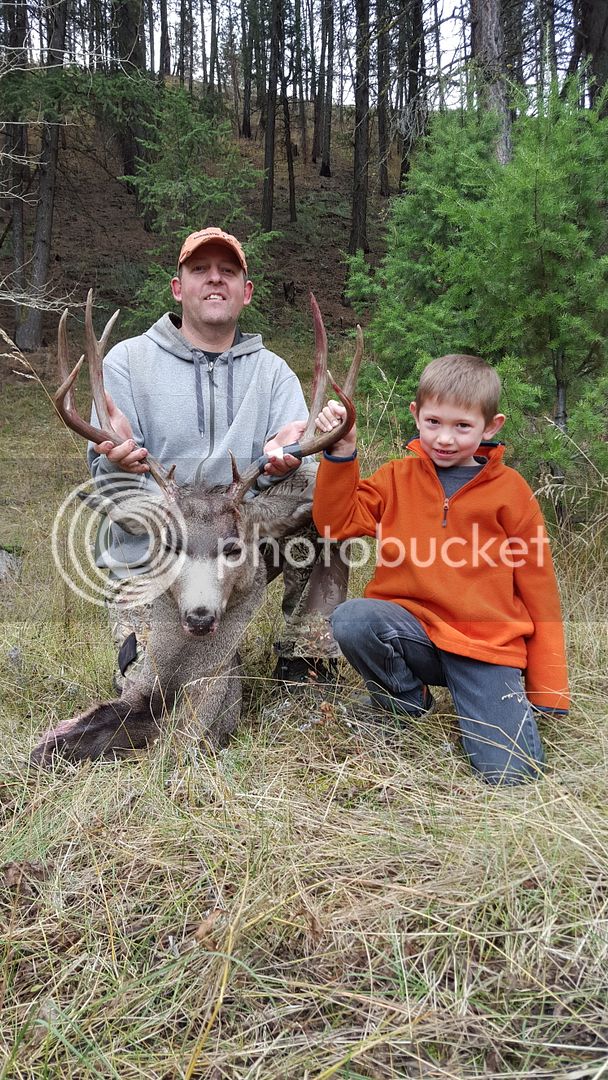 Congratulations on three good bucks and the quality family time, those are going to be great memories for everyone.

Congrats on some great deer!

Congrats to you and your wife.
B

Great year! Wont be long and you will be cutting up bucks for your son too I bet. Great times but man I got tired of cutting meat when my boys were growing up.
T

3 great bucks for your family. That's a cool photo of your wife's buck resting on that log. Congrats!

Great job!! Looks like a blast was had by all!!

Super! Kudos for letting him stay in camp. IME, if they are having fun, rather that be hunting or just in camp, is the important thing. I've had a couple of those days myself with young kiddo's. Well done!

Thanks for the kind words fellas! It really was a great season. Ive got a bear and an elk story to share as well when i can get some time.

Congrats !
You must log in or register to reply here.

With seconds to spare