Pretty late to be a live hunt but a few of this year's hunts are done so it's giving me time to sit down and do a write up. Unfortunately, with work and the land border closure, I've had to cancel my Wyoming/Montana trips, again

, but I hope to finally be able to hunt the 2022 season down South.

So much like 2020, this year will be local hunts, I might do a Manitoba trip in November but not too sure at the moment.

The season started slow with spring bear, 5 days of nothing but nocturnal bears in May. I managed to get very lucky on the last morning of that hunt and tagged a beautiful colourphased blackie. A few weeks later, plans changed and I managed to head North again to try and fill my second tag but decided not to shoot any of the smaller bears I saw. All and all, spring bear was slow but still beat staying home! 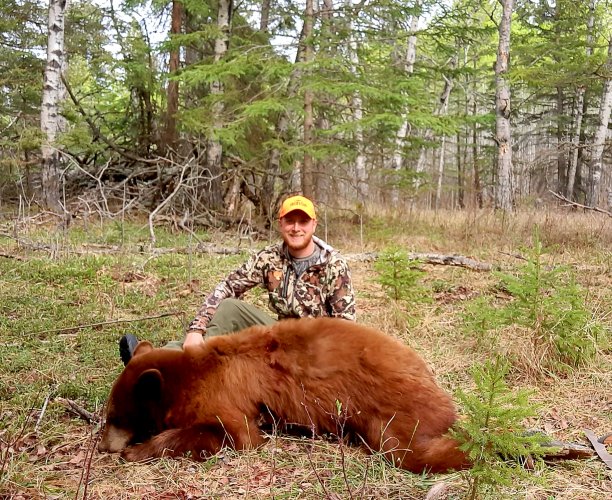 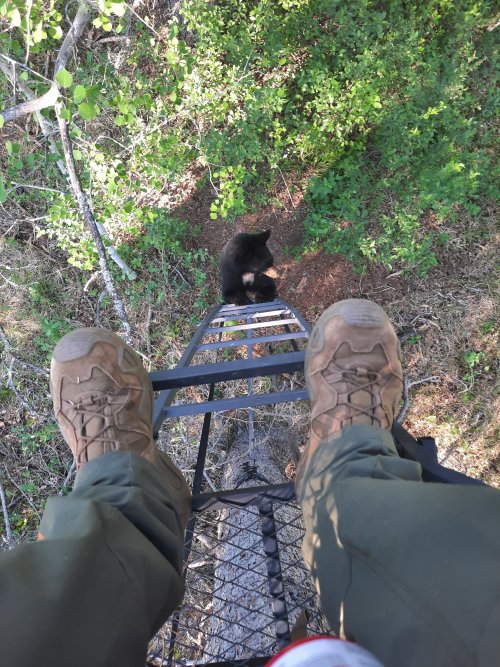 Fast forward to August, I hit the elk woods. I did a five day stint for archery and had some decent action, got into some cows the first morning and called in a bull to 81 yards a couple days later. 20 yards out of my comfort zone so he lived to see another day!

A couple weeks later I was back at it for a few days during rifle season. Not much action for the rut and the orange army was out in full force. The last couple days involved some vocal elk that never showed themselves. Overall, pretty good elk season with lots of new lessons learned. Got to test my new wall tent on both trips and can't believe I didn't get one before this. Not sleeping in a truck or on the ground and being able to actually dry my wet gear was amazing! 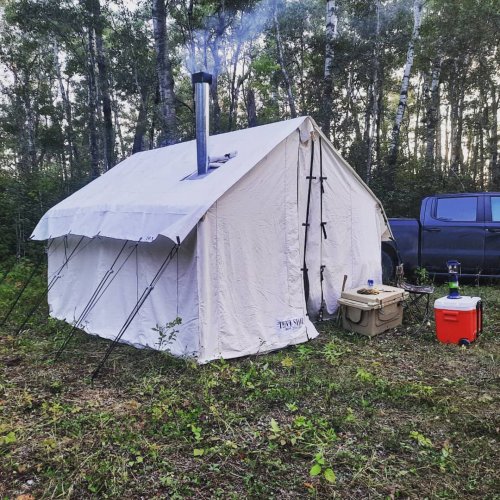 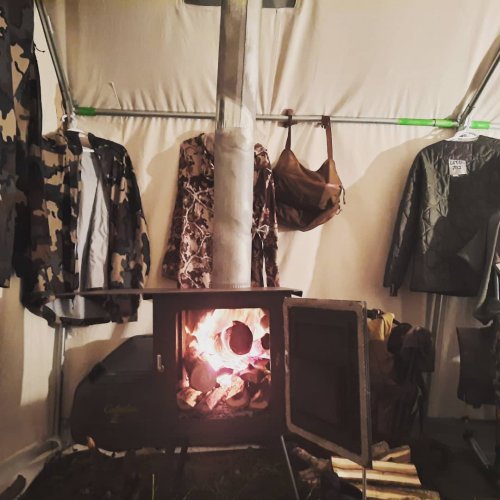 Elk season rapidly faded into archery mule deer. Lots of failed stalks or opportunities I chose to pass on. As always, the cacti were present and made for interesting stalks. Side note and piece of advice, always watch where you fling a piece of cactus at. I learned that the hard way when I flung a piece of cactus which unknowingly landed on my crotch, only to burry itself into my left testicle a few moments later! Anyway, back to archery mule deer; I succesfully stalked a nice 180 inch 4x4 and released what was a great shot but at the wrong range. I had rapidly taken a 61 yard range for what was actually a 52 yard shot. I watched that perfect shot fly straight above that deer. Getting a proper range after confirmed that that was the issue and all and all I was happy I hadn't injured a deer. September archery is always a great time, tons of animals, beautiful skies and awesome weather. 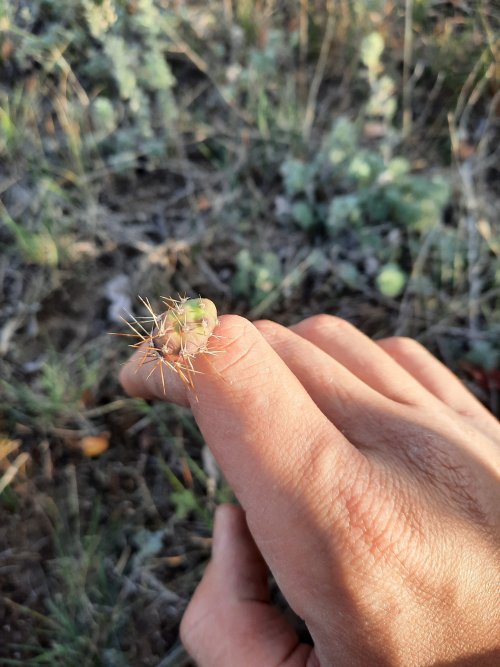 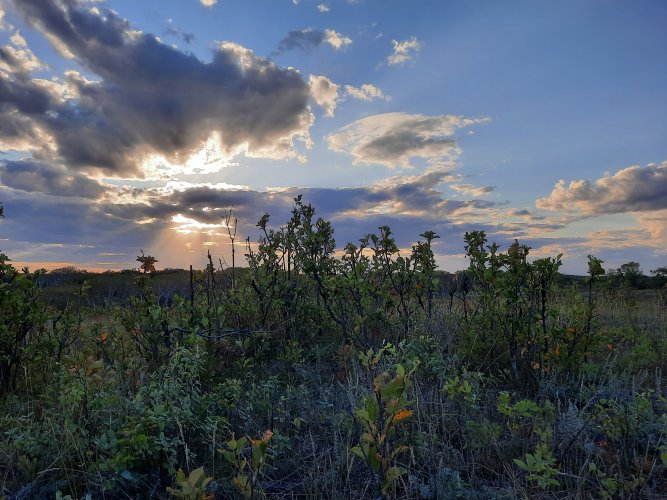 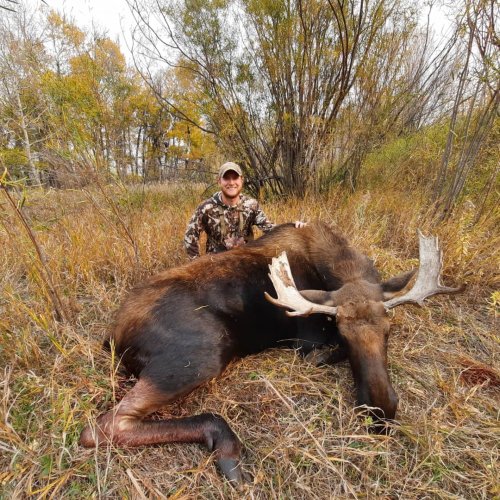 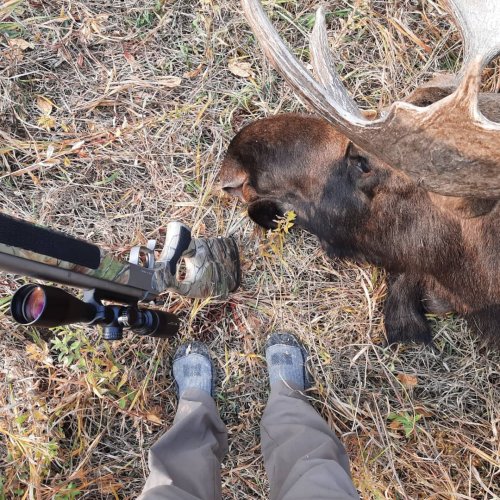 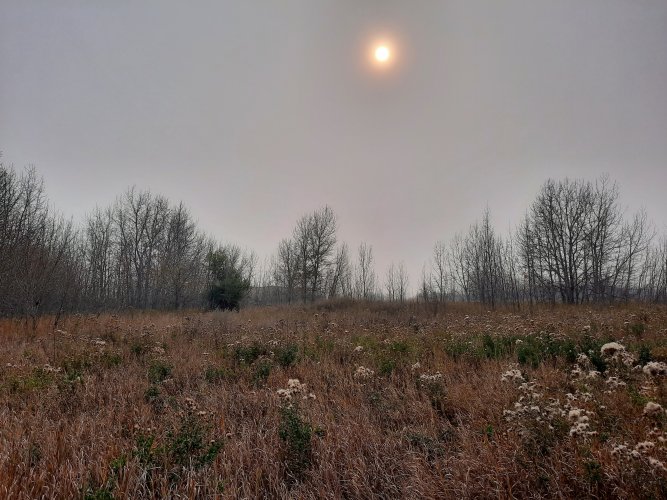 This moose was my third but first that I could drive my truck to. This made for a much easier breakdown and "pack out". Got home with my bull and showed my two biggest fans who were all very excited! "Mom, daddy shot a huuuuuge moose!!!" 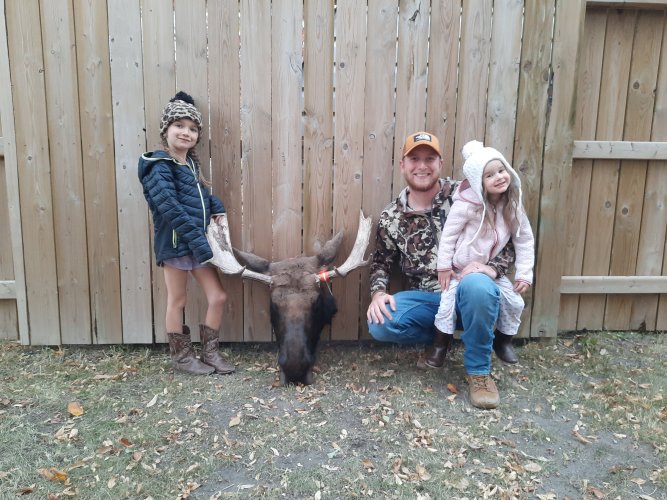 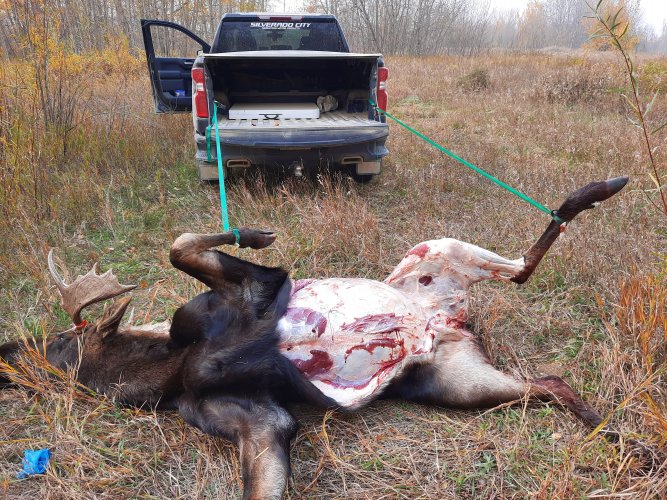 I gave myself a day off and picked up the bow again to go and chase mule deer. That morning, the wind wasn't great and I had to take the long way around one of my spots. I bumped a good buck onto a property I don't have access to and saw nothing but does for the rest of the morning. I decided to walk/still hunt back to the truck with the wind to my face. I somehow managed to walk to 20 yards of a buck. He was in a whole surounded by trees with rattling dry leaves which is probably why he never heard me. As soon as I saw him I ducked, nocked an arrow and took another look at him. Without messing too much around, I figured he was big enough, got a range on some brush that was next to him, got up for a clear shot and drew my bow. He looked straight at me as I drew and released. Ducked the arrow which hit him right in the spine. Down he went and a quick second arrow sealed the deal. I got up to him and started counting; 1, 2, 3, 4 and 5, and 1, 2, 3, 4, 5, 6 AND 7!!! I had just shot a beautiful 5x7! Two days, two bucks!" 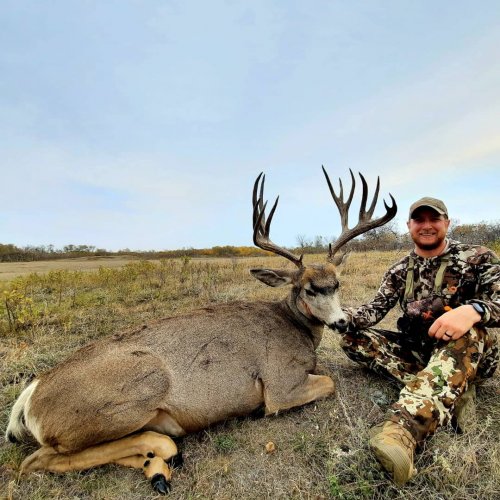 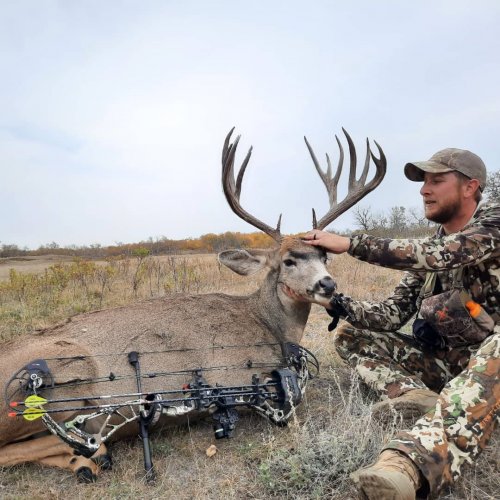 Got home to the official SaskHunter fan club who were again all excited! My sassy oldest said something along the line of "Dad, TWO days, TWO bucks". The next few days involved butchering and cleaning skulls. 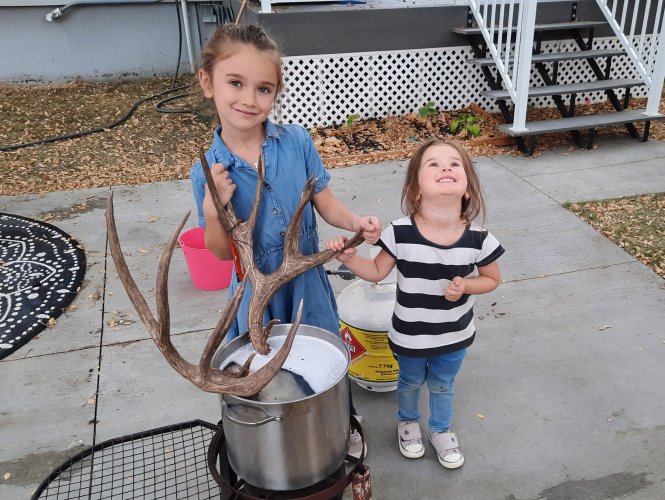 That's all for now! I might go out for birds tomorrow morning, not sure yet. I still have lots of doe tags to fill and a whitetail buck tag that I am keeping for the rut. My brother and FIL are coming down for the rifle season so that should be pretty fun too! I think I will squeeze in a whitetail hunt in Manitoba in-between though! For now, the truck engine light just came on so I've got to deal with that!
Last edited: Oct 26, 2021

Making excellent use of the hard earned vacay.

Pretty amazing season so far! Looking forward to hearing how the rest of your season goes. Good luck.
W

Great write up and pics. Congratulations!

Heck of a season, love that muley!
F

What a season !! Congratulations. Wonderful fan club you come home to !!

congrats on your early success. heck of a muley. Freezer pics or it didn't happen..

I shot my first bull moose in 2011 I believe, I knew they were big but never really thought about what I would do with a whole moose. I had nothing but a 4cu freezer at home at the time.

After working all day breaking down and packing it out with a friend, I got home that night beatup and tired and had only a few words for my wife. They were along the lines of: "we're going to need a bigger freezer".

Looks like a awesome string of adventures amigo. Thanks for sharing!

Congratulations! Hell of a buck!
L

I am officially jealous. That is all. Congratulations!

Outstanding!! A few more years and the fan club will become the hunt club!

Gellar said:
Outstanding!! A few more years and the fan club will become the hunt club!
Click to expand...

Dude, you have no idea how I'm excited to take them out on their own hunts in a few years.

I take my oldest from time to time! She saw her first deer kill when she was 3, not that she remembers much, but I do! I plan on taking her out this fall to fill some doe tags. 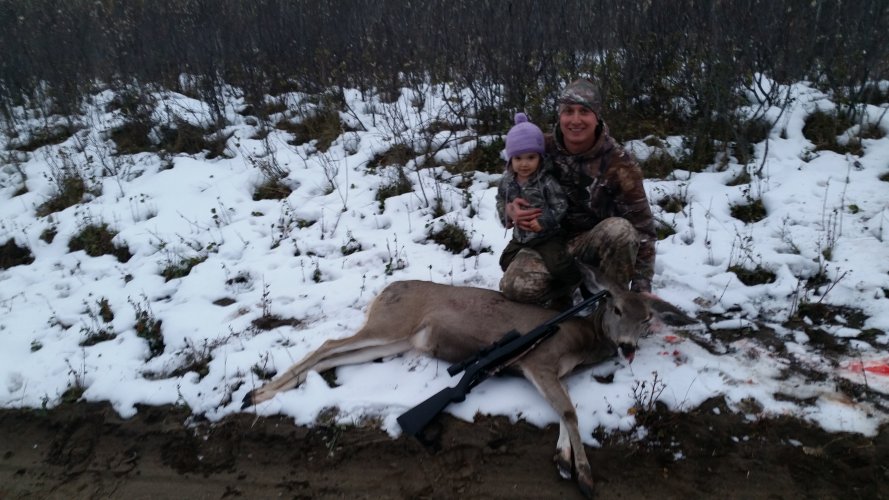 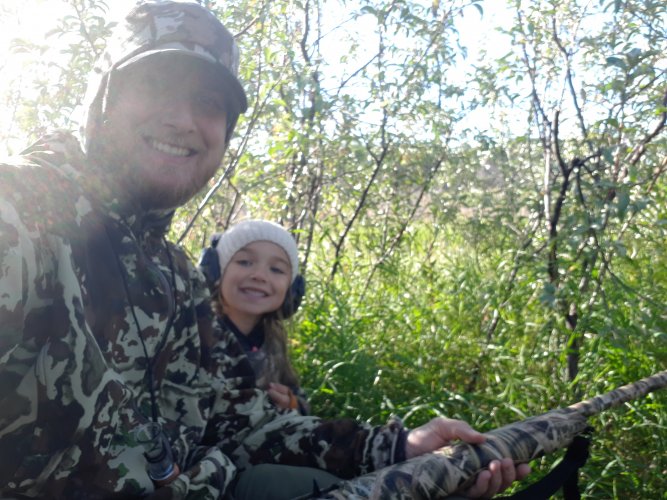