Had a HT'er reach out for a Wyo resident to join him on a ewe hunt in a Wilderness area of Wyoming. I offered, he accepted. Short but sweet hunt. We met Thursday morning and were back at the truck Friday around noon. He was a good dude, and knowledgeable hunter. Had done all his own homework and prep. Just needed a resident with a guides licenses to join along. His friend, from NZ, joined him as well. Both were in great shape, better than me for sure. NZ guy was a fuggin machine. Ran up this mountain! Left truck at 7,000', killed sheep at ~10,200'. 5 miles in. It was a good hunt and hike.


Headed to the peak above their heads as the first likely spot to find sheep. 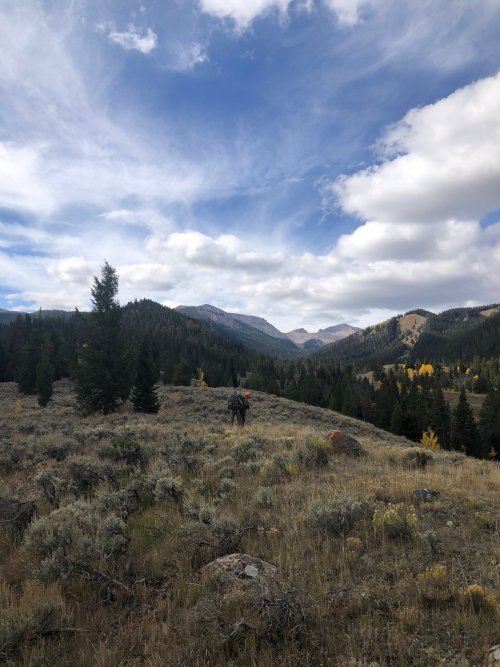 Valley floor behind us. Colorful country! 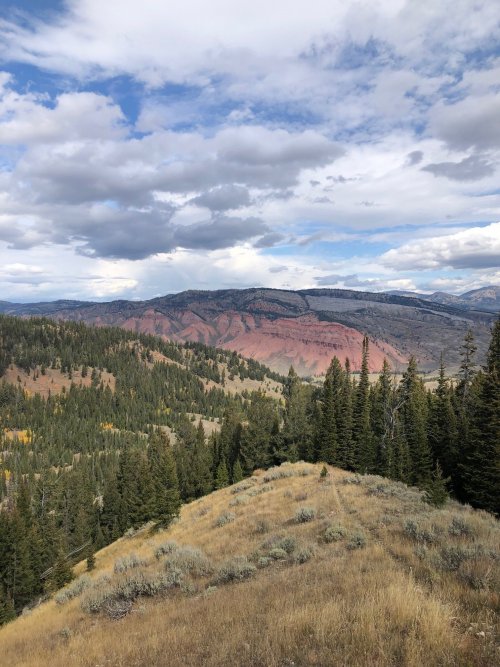 Dropped camp at last assumed flat spot about 4 miles in. Headed to plateau on left side of pic. 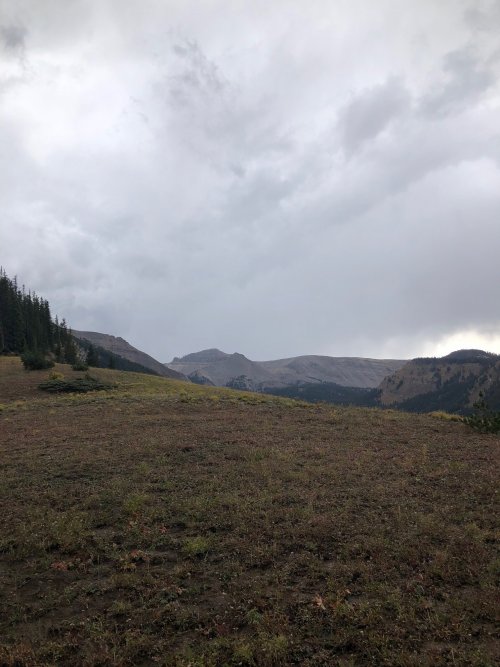 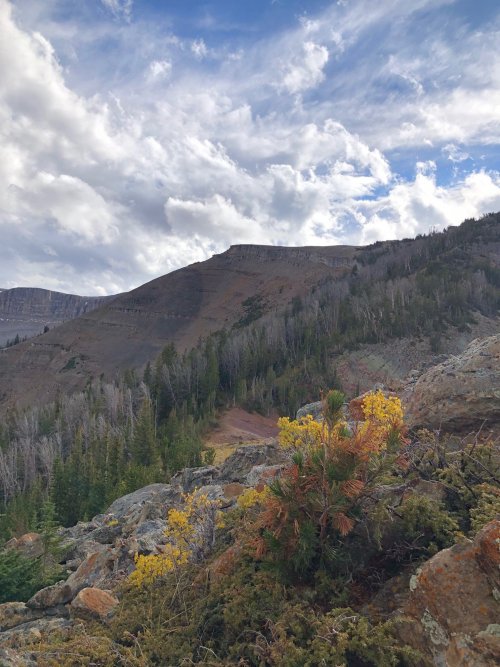 Around 15-18 ewes, lambs and young rams feeding and bedded up and down this basin along the cliff bands. Plan was to get above them and take one from above. 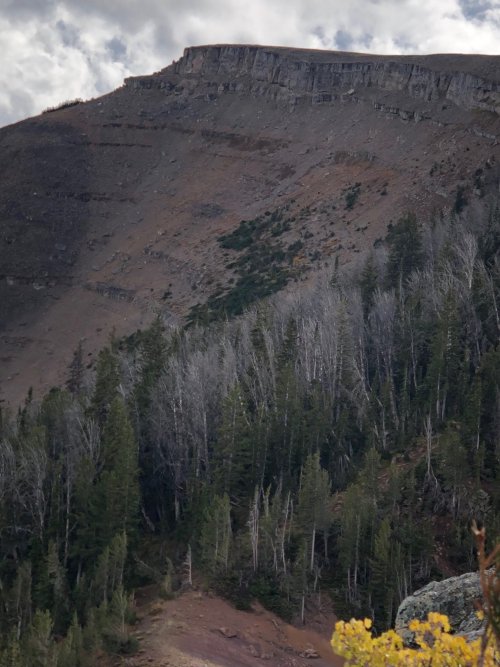 More sheep in the upper left hand basin, but these will do just fine. 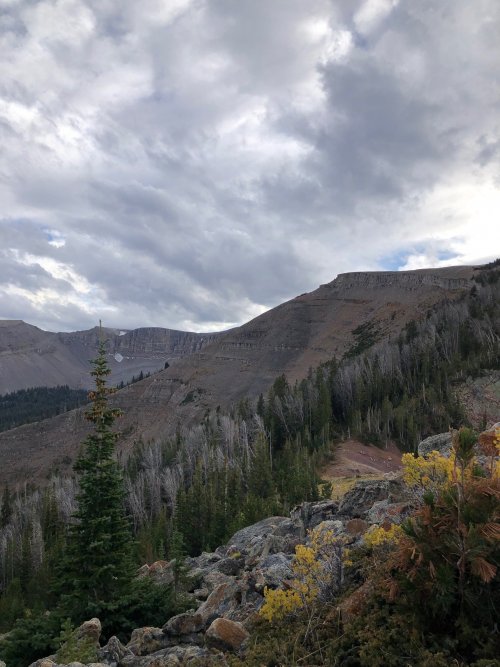 Plan was for about a 200 yd shot from above the cliff face. Some ewes had other ideas and climbed the cliff face before he got to the edge. 40 yd shot and ewe drops back into the basin below. 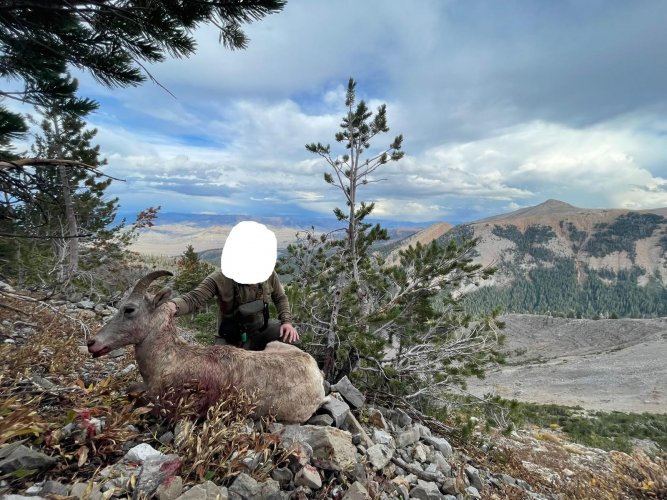 Got her back to camp and hung in a tree just before dark. 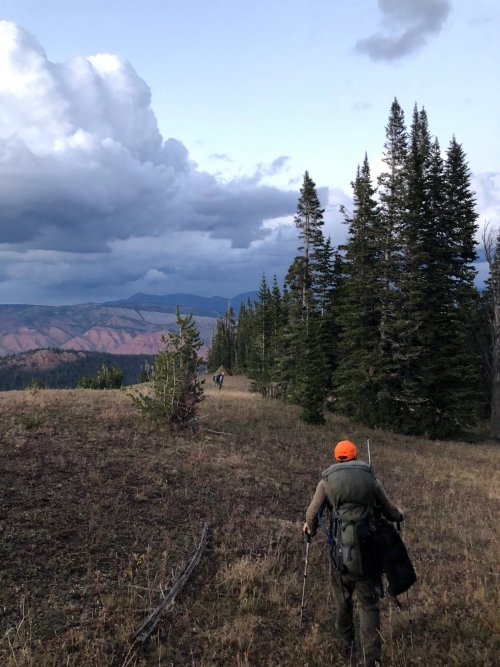 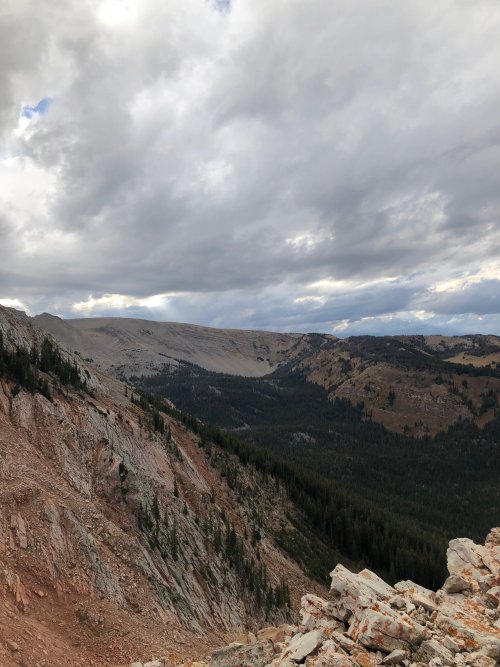 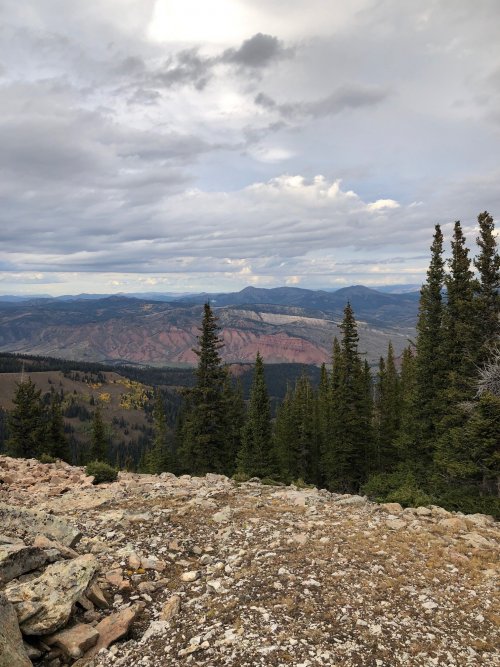 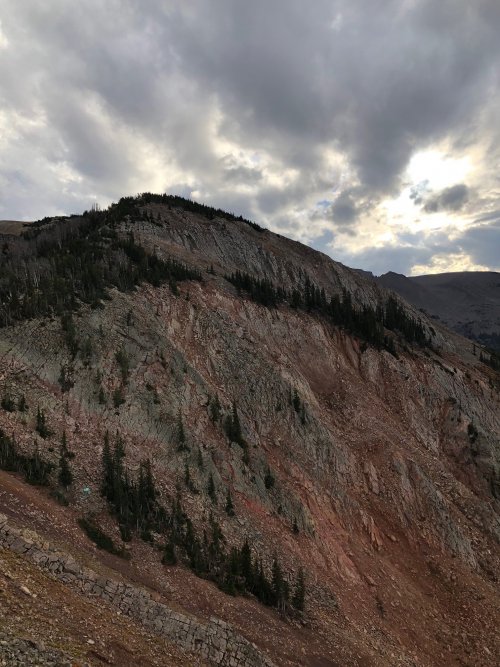 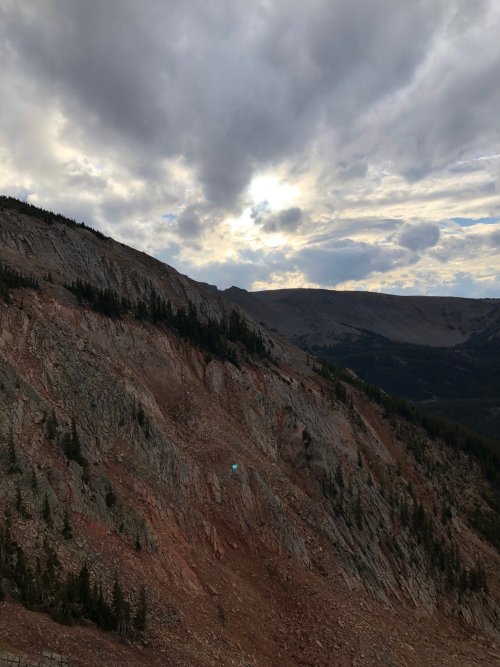 Well photographed peaks in the distance. 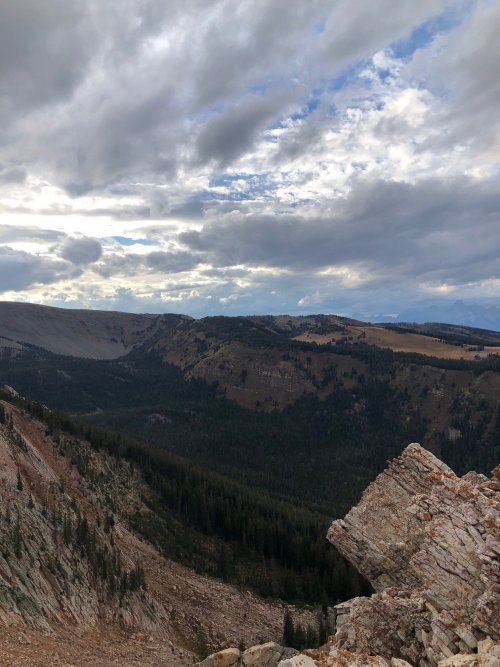 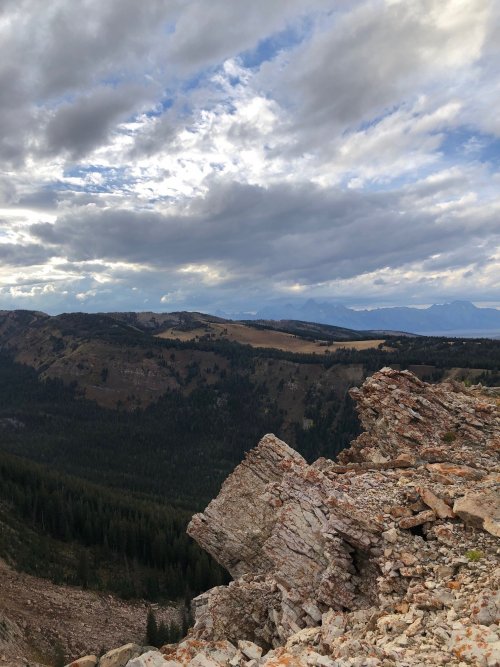 Great photos! Good to hear the NZ guy didn't slow you down
S

And here I was thinking it was you
G

Short and sweet!! Thanks for sharing!!

Congrats to the hunter and great job reaching out to help.
Nice pics too, thanks for sharing !
T

good on you for helping out. thanks for posting, beautiful country

Boom! Way to get it done and use the network
B

Good effort for a ewe, which is good to see. My Dad shot a ewe bighorn in Montana while wearing his slippers...true story.

Salute to the HT hunter, and to you @mulecreek for the legal assist. And it looks like muscle and sweat assist as well. Such an amazing blessing for us to have public lands to go adventuring and hunting.

Congratulations and may the seeds planted of your generous time come back in bunches.
M

BuzzH said:
Great photos and looks like a fun time.

Good effort for a ewe, which is good to see. My Dad shot a ewe bighorn in Montana while wearing his slippers...true story.
Click to expand...

I was hoping to be able to eat a pizza in the parking lot of the Camp Creek Inn while he shot a ewe along the highway but they shut down the place for the fall. And also it wasn't within the hunt boundary. Wasn't meant to be I suppose.

Liked the pics and the hunt @mulecreek . Nice that you helped out a non resident, and that not all Wyomingite's are big meanies.
F

I first I thought it was another bodington ram but then I reread the ewe part...

Congrats looks like you guys really put in the miles!

Thanks for sharing congratulations
B

I was trying to figure out how to navigate posting this story, but you solved all those issues. Thanks again!