Over the last two years we have been shooting a wide variety of Howa rifles, barrel lengths and tapers, cartridges, stocks, etc. The idea is to come up with a few (five or less) rifle options that are considered a great value for people looking for one rifle to cover the majority of their hunting. For me, value is the intersection of performance and price.

My role was that of a hunter for over 40 years, with the last dozen years being 100+ days per season. I gave my ideas, maybe more like wishes, to Howa. They have been making/selling rifles for a long-time and they know that gig. They built what I asked and sent them for me to use and test. They have relationships with manufacturers that allow for many options to consider.

I had to put aside some of my personal biases, yet demand certain features based on my personal experiences of hunting many species in many different conditions. A bit more challenging than expected when value is paramount to the end product.

With my belief that value is the intersection of price and performance, here is how I approached both those intersection variables.

Price - My goal when we started were to come up with 3-5 chamberings, in the best performing combinations we/I have found, so that the average hunter can buy one of these rifle/scope combos with complete confidence. That is all done within the sideboards of an end pricing model that will appeal to the average hunter. Popular chamberings and projected sales must be considered when determining what level of "scale" will be realized that can further bring down cost, thereby improving value.

Performance - There are some aspects that I think are critical to an accurate, durable, rifle, no matter the price point. Accuracy is paramount, and the Howa barreled action on which this is built comes with a great reputation for accuracy. Triggers are so much a part of accuracy that an excellent trigger is a must; something Howa is known for. A stock that is suited for consistent performance in all conditions. Cartridge chamberings that can perform well with factory ammunition and is readily available. Protection from weather by fully Cerakote-ing the barrel/action/bolt. Scopes and stocks that I have tried and know to work.

This was a seemingly easy project when we first took it on. When you start down the path with value as the end goal, you quickly realize where costs pile up and how to assess the cost-benefit of each feature you might consider. Decisions must be made that keep the "value equation" a highest priority.

A few things I know we have finalized:

Four chamberings have been solidified, with a fifth being considered. The idea being to give coverage for the person more likely to be hunting elk, or elk a bit more than deer, or the person who hunts elk and deer about the same, and the person who might hunt only deer or antelope. Those chamberings will be:
The scope combination for this set up will be a Leupold VX3i with CDS. Again, to create the greatest value (price/performance), it will be a 3.5-10x40mm. Will come with Leupold rings and bases. The glass of the VX3i is excellent, as is the price for what you get with that scope. I see the CDS as a huge value item for the small marginal cost.

Stock will be an H-S Precision, the same as what Howa has been using in their recent Howa-HS packages. There is just not a stock option out there that can compete with the quality/price mix of the H-S. It will have its own custom color scheme that adds no cost, as colors have never improved performance.

Right now it seems as though one retailer is excited to have the exclusive on the package. Should know more about that in the next week. Hope to have it shipping to the retailer sometime in August.

No pictures yet, as none of the prototypes we were testing look like this final package.

I hope when the average hunter is making their decision about their next hunting rifle purchase, this package will be very attractive. I do know that they will not find a package that performs as well as this package, at the price this package will be sold for (and pricing is very close to being finalized). I think most hunters end up in a quandary or analysis paralysis when it comes to buying their first few rifles. These packages are tried and tested, such that they can buy any of these chamberings and not look back.

A few things that were crossed off at the beginning, as a function of anticipated demand, end cost to buyer, and production availability.

I was thinking of the person who is buying their first rifle, or filling out a breadth of options to cover a few more possibilities. As a result of my approach, the hunter/shooter looking for a specialty cartridge to fill in the small gaps between their current rifles, or the person willing to spend a few thousand extra for any/every small upgrade, is probably not the intended buyer.

The super lightweight option that replaces the Alpine Mountain Rifle is not going to be available this year, but we have had meetings about such and I have held a prototype. Unfortunately, the cost will be significantly higher than what this first rifle project allowed for.

And to answer in advance, Howa does not offer left-handed models. Sorry about that.
Last edited: Jun 24, 2019

Keen to see what you come up with.

This would have had me really excited when I was first starting out. Glad to see a couple magnums in the mix.
2

Interesting, two of most popular cartridges in your survey (30-06 and the 270 Win) were left out. The magnum cartridges will meet anyones needs for hunting in the west. I think I'll keep my 06 and 270 vs the 308, 7mm-08 or 6.5. Wishing you luck. Any of the cartridges listed are fine. I'm just not going to give up a long action for a short action brand.

Are you able to give approximate weight of the Magnums?
2

I agree on the optics! I have two and they are great scopes

270elk said:
Interesting, two of most popular cartridges in your survey (30-06 and the 270 Win) were left out. The magnum cartridges will meet anyones needs for hunting in the west. I think I'll keep my 06 and 270 vs the 308, 7mm-08 or 6.5. Wishing you luck. Any of the cartridges listed are fine. I'm just not going to give up a long action for a short action brand.
Click to expand...

That survey was not what drove the chambering decisions. Rifle and ammo sales numbers of each cartridge were given the greatest weight. Those sales numbers make for a large data set that is hard to argue with.

You think you could put in a word for a left-handed-right action stock option or at least stock with a more ambidextrous contour.

I’ve got 3 adult onset hunting buddies, looking for their first rifle, who are all cross eye dominant.
M

Yup. I tried some as far out to 26" barrels. Chrono'd them and compared the results to 24", 22" and even 20". Compared 24" to 22" and 20". Talked to engineers about accuracy related to barrel lengths. Handled them for hunting situations (have had one since 2006). Weighed them on scales.

I'd be interested to know what desired traits might be obtained in a longer barreled hunting rifle, if you have thoughts you want to share about such.
Last edited: Jun 24, 2019
P 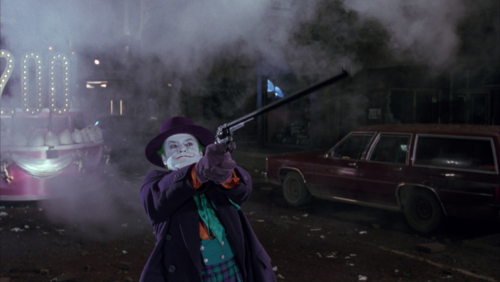 neffa3 said:
"people looking for one rifle" and the .270 and 30-06 aren't there. I won't hold it against you BF, but I might hold it against Howa. Somewhere, two generations of sportsmen are looking down with disgust.
Click to expand...

Outside of personal preference or nostalgia, not much provided by the .270/.30-06 that can't be covered with the 7mm Rem Mag or .308 Win. for the person "looking for one rifle." If someone is dead set on a .270/.30-06, they should buy a rifle in those cartridges and put the rest of it together how they see fit.

The goal was to keep the price as low as could be. Keeping it to a small number of chamberings helps that goal. Something was going to be left out.

I consider the barrel lengths he listed spot on with the chamberings. I love Sako Finnlights but they do have what I’d consider short barrels for their non magnum chamberings - 20” for their .308 family and 22” for the ‘.06 family. While I agree with the above posts about the .270 and .30-06 if you have access to a large data set that seems obvious to use that to determine chamberings. Also it’s nice to see a good scope put on there. I’ve never been a fan of the rifle scope combo packs because they almost always come with the bottom end of whatever company scope (vortex, Bushnell etc.) they slap on there. It does seem to have been a race to the bottom in recent years with the Patriot, American and Axis line of rifles which I presume many new comers go with and if they end up liking hunting and shooting they will inevitably upgrade. Hopefully with this package the rifle will be a step above those and something they can hang onto although I suspect we all succumb to “upgrading” in due time.
M

Randy, Some shooters tend to wring out every available fps in a rifle. I'm one of those. Not for everybody, and I understand Howa needs to build an "everybody"rifle. As far as a scope/rifle package, again, I'm a shooter that wouldn't consider that either. Too many variables. mtmuley
T

Big Fin, would any of these be offered with a threaded barrel, even as an option?

mtmuley said:
Randy, Some shooters tend to wring out every available fps in a rifle. I'm one of those. Not for everybody, and I understand Howa needs to build an "everybody"rifle. As far as a scope/rifle package, again, I'm a shooter that wouldn't consider that either. Too many variables. mtmuley
Click to expand...

Thanks. Appreciate the input from someone with your arsenal and experience.

I think I explained above the criteria and how the decision was arrived at. The differences in a .308 v. .30-06 is almost zero. Again, with only four chamberings, a lot of preferred options were going to be left out.

MLaird said:
Big Fin, would any of these be offered with a threaded barrel, even as an option?
Click to expand...

It was considered. I tried two prototypes with threads. Not a huge cost to add that feature, but a cost nonetheless that can be allocated to small things that have a higher demand and likely more value to a hunting rifle.
You must log in or register to reply here.
Share:
Facebook Twitter Reddit Pinterest Tumblr WhatsApp Email Link
Top