Meet the newest deer hunter in my family

Well, as of three nights ago the world added one more deer hunter to it's ranks when my 12-year old daughter filled her tag after 12+ hours of sitting in a blind over the course of 4 outings. I'm not sure who was more excited about it, but suffice it to say there was LOTS of smiles, a few hugs, and even a tear or two shed.

Long story short, it looked like another night of not being in the right place as the only deer we had seen were over a quarter of a mile away and going in the wrong direction. Then shortly before sundown deer started coming out of the woods. She was eager to shoot as soon as the deer appeared but I told her to wait and soon they started heading our way. By the time they hit 125 yards out she had had enough waiting, told me she was steady on the deer, and asked if she could shoot. I told her to go ahead when she was ready and "boom!" The doe leapt straight up, mule kicked, and took off running only to pile up about 40 yards later. And then the celebration began!

Congrats to her! Great job!

Congratulations to her. Great shot! Can't think of anything better than hunting with your kids.

Nice doe, your daughter's smile says it all, great job.

Judging from those pics, I think it's safe to say she enjoys hunting - a lot!

Congrats! Some good eating ahead!

Location
In a van down by the river.

Did she have to wipe the tears from your eyes afterwards? There is nothing like hunting with your kids.

Very good job. She looks really excited. Thats something to be proud of. 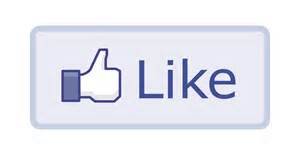 Congrats to all involved. Looks like a perfect shot to me!
You must log in or register to reply here.

Nice buck for the wife
2