A guy leaves his light on and door open, and look what happens...Al Morris and his dog Ted show up to kill some coyotes. I had an absolute blast hosting Al Morris, Jeff Writer, and Matt Piippo this week. We were specifically out to work the decoy dogs on as many coyotes as possible. We saw plenty of coyotes, burned through some lead, knocked down more than we missed, and laughed so much all our guts hurt today. If any of you ever get a chance to hunt with any of these "better than good old boys", do it!

Big Al with the first coyote of the trip. The trouble with hunting with Big Al is that he really is a big guy and makes every single coyote look small, it's even worse in their summer coats. This is actually a really nice mature male. Looks scrawny next to Al. 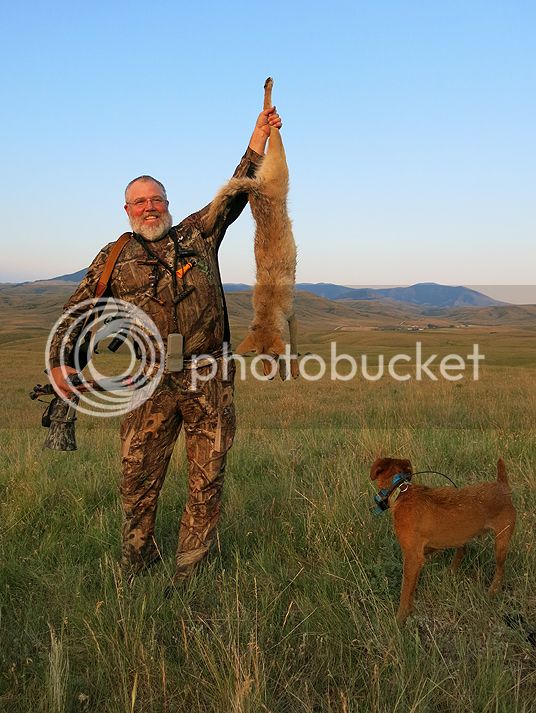 Here's a one I shot just shortly after Al killed the one above. We are quite sure she was his partner in coyote crime. She was an adult female. We did not kill any pup on the whole trip. In fact we only saw two pups, but we never fired a shot at them...mostly because they were too far away. 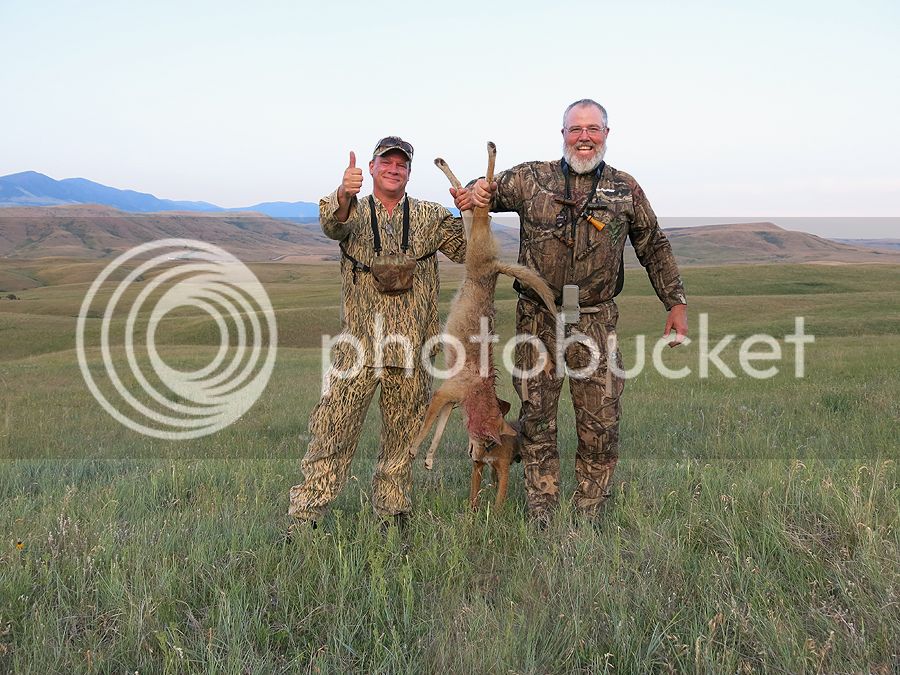 Im glad you pulled yourself away from fishing for a while to get some coyotes.
1

Very nice! Were you guys, hopefully, filming? I'd love to see more footage of folks calling in coyotes with decoy dogs.

Great pictures and big smiles!
B

1 pointer yes as a matter of fact it was all filmed. Jeff Writer did all the filming and as soon as he gets it all edited he will post it on YouTube. If you subscribe to his YouTube station (Jeff Writer) you should be able to watch it pretty soon.
1

Thanks for the info! That'd be great! I've only seen a few clips of calling with decoy dogs and it looks like it'd be a great (and efficient) way to hunt coyotes.

Nice!
You must log in or register to reply here.

And so it starts

Thought I was a goner
2