So when I was researching units to apply for this year I looked at bull to cow ratios, amount of and access to public land, draw odds and harvest data.

I got a little excited when the 2020 harvest data for the season I applied for was 47%. So applied and drew my tag without looking at the 2021 data when it came out until this week……and it had dropped to 15%.

How seriously do you guys take harvest data? Looking back at it it does seem to jump up and down in that unit every year though tag numbers haven’t changed much.

Realistically it being my first elk hunt and only second western hunt I’ll consider it successful by just seeing a elk. Such a drop just has me a bit concerned.
S

I don't put much weight on it. The drop you saw makes me believe that there are not a lot of tags issued for that unit. Small sample can cause big jumps in some of those numbers. Other things affect harvest, like weather or % of hunters that are being guided on private. Hard to read much into the harvest number, but the other numbers you cited are equally important and more stable.

Is it a mandatory reporting state? 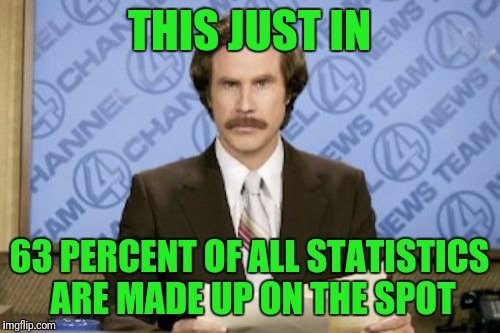 SAJ-99 said:
I don't put much weight on it. The drop you saw makes me believe that there are not a lot of tags issued for that unit. Small sample can cause big jumps in some of those numbers. Other things affect harvest, like weather or % of hunters that are being guided on private. Hard to read much into the harvest number, but the other numbers you cited are equally important and more stable.
Click to expand...

Roughly 100 tags for 1st season rifle, averaging around 83 resident and 12 nonresident. Not a whole lot of private.
I haven’t dug into the weather yet.

Only reason I’m really considering it all now is fuel prices and other financial issues. It may all be a moot point in the fall.

I take the harvest success rate with a grain of salt.

Factors that decrease my own projected success rate relative to the published success rate:
-My choice to pass on some legal animals
-Unfamiliarity with the unit, species, or hunting method.
-Low % of accessible public land
-Lack of means to hunt deep in a unit (pack animals, airplane drop, etc.).

Factors that increase my own projected success rate relative to the published success rate:
-Willingness to hunt harder, longer, walk further and higher
-Use high-quality optics
-Research by talking to locals, biologist, past tag holders, etc.

Some antelope, deer, and turkey hunts I calculate my own projected success rate at 99%. If I don’t harvest it’s because I passed an animal or didn’t put enough time in.

Elk I like published success rates of 20% or higher. If the rate is less than 15%, I know that no matter how hard and long I hunt, I still face long odds. Some units have success rates of around 50%, but 95% of the elk are not publicly accessible during the hunting season. Helpful to know, b/c the DIY success rate might only be 5-10%. This can be the case even in units with large % of accessible public land b/c suitable habitat might not be public, or hunting pressure moves animals to private.

My elk tag this fall is about 50% published success rate, avg over last few years. My own projected success is decreased b/c of my inexperience, lack of access to most private land, DIY instead of outfitted, and also b/c it’s an either-sex tag and I’m holding out for a branch-antlered bull. Conversely, my projected success is increased b/c I’ve been talking with the biologist to help plan my hunt, I’m hunting more than twice as many days as the average tag-holder, and unlike the majority of tag-holders, I’m willing to do more than just road-hunt. I put my opportunity to fill the tag at 99%, but decrease to 50% by self-selecting to pass on cows, calves, and spikes.
T

What was the moon phase last year? In my limited experience the full moon can make things a bit harder, they may not move as much during the day to feed if they can eat all night. What is the success rate over the last 5 years?

Only way to find em is to go look for em, could be a good week this year.

A major weather event would make a lot of sense. Big snowfall that moved the elk or made them difficult to access is always a possibility.

clharr said:
Roughly 100 tags for 1st season rifle, averaging around 83 resident and 12 nonresident. Not a whole lot of private.
I haven’t dug into the weather yet.

Only reason I’m really considering it all now is fuel prices and other financial issues. It may all be a moot point in the fall.
Click to expand...

In CO I don't even look at them.
L

I'd consider harvest stats close to worthless for choosing a unit, far too many confounding variables, if you insist I'd look at it as a ten-year trend, any single year could have a huge swing due to weather, or if you are talking less than 100 tags, something as simple as a big herd getting caught in a popular area could swing the percentage by 20%
If you consider success rates you also need to consider hunter days, there are some units I can think of that would appear to be very high success but when you look closer they are close to major population centers and the season is long, when you add in the number of user days it becomes clear that the majority of elk are killed by locals who have 3-4 weeks to wait for good weather, the actual on the ground hunting is much rougher than it would appear from the success rate alone.

my opinion is to just find an area you like and go for it, I consistently kill elk in seasons with less than 10% success, and some of the toughest hunts I've had have been in seasons with 40% or more success until you get to premium tags with very few people it just doesn't matter much.
H

I wouldn't pay too much attention on year-over-year changes. I like to take each statistic and do a 5 year average. I also don't rely on harvest success % because most hunters aren't hunting like I do. It's also nice to see, on average, how many days hunters spend in the field.

Unpublished stats or information that I rely on:
1. I use google earth and onx to find units with fewer roads and trails. How far away from trails can I get?
2. Read elk/deer studies on google scholar. These studies contain information that have made me far more successful.
3. Is the unit close to home? Boots on the ground scouting is crucial. Also, I want to hunt the same areas every year.
4. Does the unit host multiple hunts during the same time? How will this effect hunter pressure?
5. Getting in the best shape possible is going to make my hunt better. I can work on this everyday to increase my success.
Last edited: Jun 28, 2022
G

When scouting new units, I take the last 5 year success rate average so I have an idea of what to expect. That being there are many things you can do to increase your chance of success. I personally have a 44% success rate in an OTC elk unit that averages 13%, and credit most of it to my stubbornness and not giving up.

Thanks everyone. If I end up going, which I’m really trying to do, I’ll be sure to have a thread about it.
You must log in or register to reply here.