Had latest Sportspeople Round Table 3 days ago

I'll post the whole report when I get the summary from CPW.

Not much happening in current wildlife legislation except the sponsor of the banning-lion-bobcat-hunt bill is now researching reasonability of bobcat regs and has reportedly removed lions from her future considerations. HSUS and the usual deep pockets are expected to continue w ballot initiative and legislative efforts to erode hunting. Members discussed increasingly organized efforts to oppose that. Conservation orgs such as RMEF MDF and others are trying to gather w ag landowner groups to form broader coalitions for better outreach and more political impact. CO Wildlife Conservation Project is one of those coalitions. 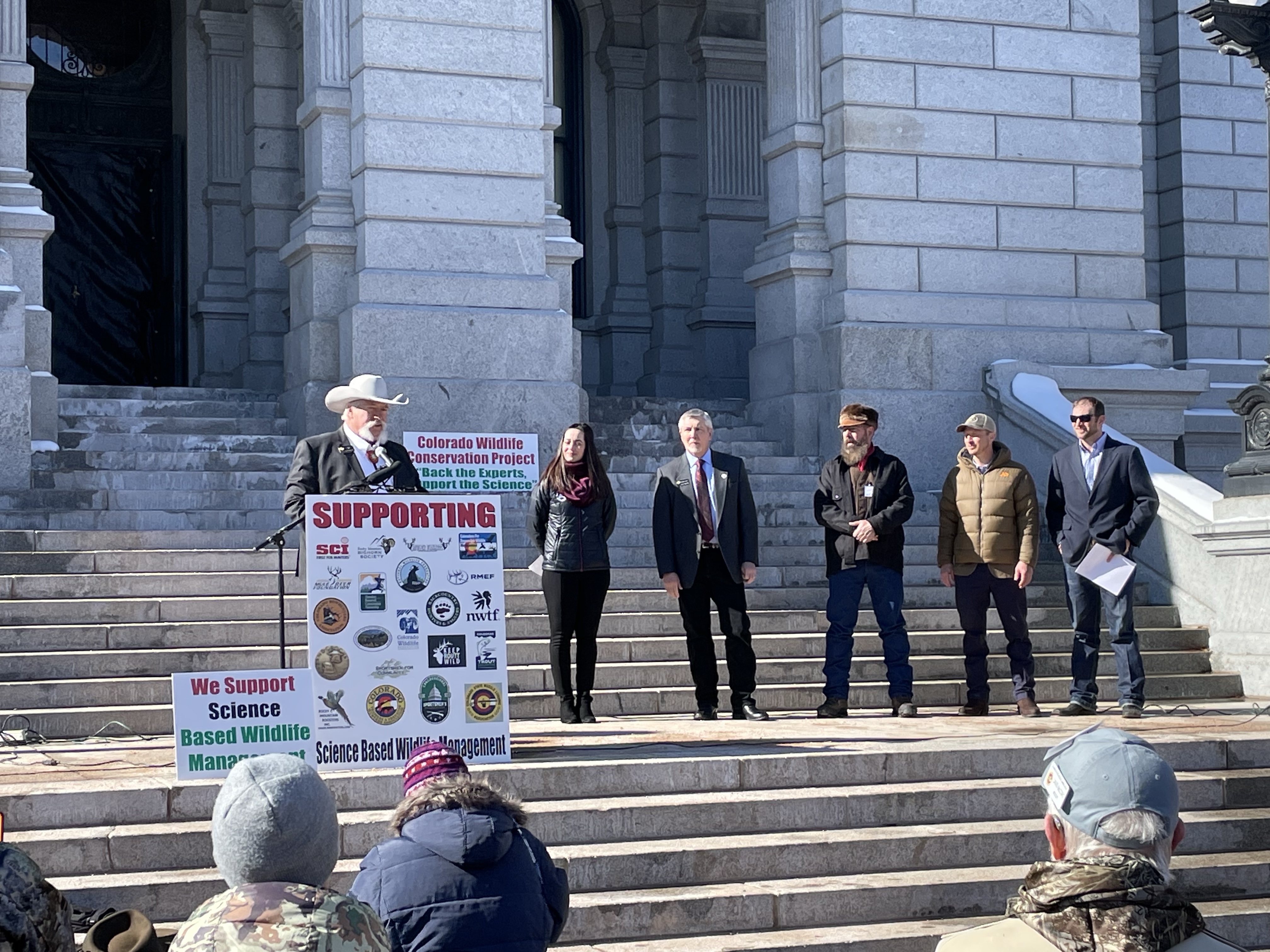 Another topic currently in the legislature is a bill to keep game management and research data, tracking collar mapping, etc. from public access.

State Wildlife Area access passes have had limited success, only 700 were sold to nonconsumptive users last year. That is a starting point, giving enforcement staff more authority to encourage public compliance. More of these users are discovering SWAs for camping, dog walking, wildlife viewing. Since SWAs' highest priority is wildlife habitat and since license revenues fund them almost exclusively, priority goes to anglers and hunters per CPW policy.

Following up on successes in shooting range partnerships for public access (Ft. Carson/CO Springs, Cameo/Grand Junction), CPW has acquired Colorado Clays, a shooting facility in Adams County near Denver metro. It is smaller than the others mentioned here, had computer video target monitoring. It has handgun, rifle and shotgun areas.

Wolf reintroduction: Not derailed by USFS relisting as endangered in CO, but more complicated. USFW requires EIS and NEPA studies that were not requisite in the plan before relisting. However, that does not alter the time and outcome requirements of CO's wolf reintroduction legislation. It increases the cost of reintroduction, which increases the likelihood of CPW funds being spent on wolves despite legislative language to the contrary. extensive litigation coming soon. The wolf pack in Jackson County/North Park that made the national news for attacks on cattle and dogs had 6 pups in 2021. A female pup was trapped and collared. CPW's planning process continues. Draft Plan is due to the Wildlife Commission by 12/22, amended/finalized by 5/23, physical reintroduction anticipated to begin 5/23. CPW planners are advocating for wolves to be designated as 10 J, meaning 'experimental and nonessential' to CO's wildlife.

Much discussion and data measuring about revamping limited license allocation. My sense of the ratio most favored in this meeting was 70-80% going to residents. Factors that complicate tag allocation proposals include the 'floating cap' moving target of variable ratio R/NR, increased # of limited license units in recent years, preference point creep (need a new term), unrelenting increase in # of R and NR applicants annually, diminishing concern over economic losses to rural communities by reducing NR tags, many others. Worth mentioning that the 20% of tags allocated to landowners is in statute, not subject to CPW adjustment. Briefly that is in recognition that private landowners feed and house game species, and should be compensated. Landowners compete w each other in a pref. point draw system for that tag allocation, meaning some don't draw every year. Of course, outfitters are stakeholders in this process and they favor more NR tags.

I was surprised to see reconsideration of point banking as a possible tool to improve allocation. It was tried one year in the past, then shelved. In point banking, an applicant w more than the # of pints required can draw a tag and only lose the # of points required to draw that tag. So if I have 10 pp, draw a tag that required 5 pp, I'd still have 5 pp for the future. I see this as adding to point creep, I heard opinions to the contrary. Every potential revision has as many repercussions to the draw system as ripples from a rock in a pond. Hybrid draw is another tool in the box for consideration, w some percentage of tags up for random, nonpoint draw. CPW is hosting phone discussion groups for volunteers (already chosen) to measure input, on the options above as well as no change/status quo, and eliminating pps for pure random draw.

Reminder: Each of the 4 CPW regions have sportsperson's caucus meetings, live and virtual 2x/year. Caucus reps report on those to the Round table. Wildlife Commission meetings are open to live and online attendees. Both calendars are available on the CPW website.

Thanks for the recap!
You must log in or register to reply here.