Made the annual pilgrimage to Eastern Oregon looking for elk. This would be my 17yr olds first trip with horses and my two good hunting buddies ages 74 and 80. Just the stories from these two alone make the trip worthwhile. We didn’t have enough riding horses because the horses are getting up in age like my buddies. No problem, as it’s only an 8 mile hike to camp and pretty flat so Asher and I made it to camp in 3 hours. The horses did a great job getting our camp in. 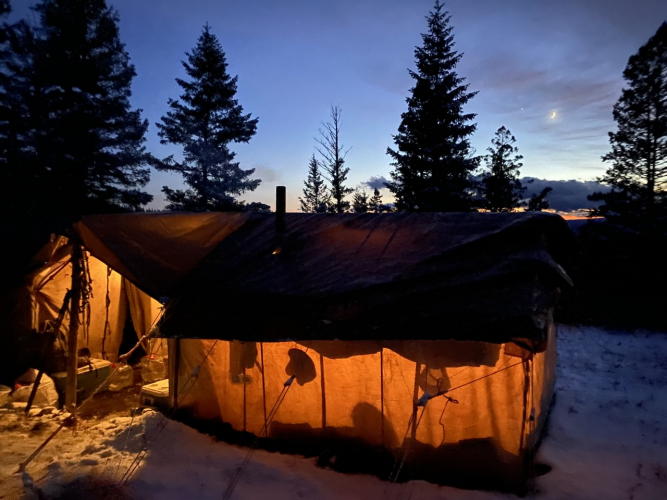 My buddies like to do things the same way they always have which means sleeping in, taking care of the horses, having a big breakfast, and start hunting around 10am. They thought I was crazy when I told them I’d get up early and take care of the horses, but I wanted to have my son on the mountain before first light. Have at it youngster they told me. Those elk will still be there at 10am when we make it out of camp. Undeterred I woke up early and fed the horses and then Asher and I made it to the canyon I wanted to hunt right as it was getting light.

10 minutes in and we had 2 spikes 300 yards away feeding. I asked Asher if he wanted one and he declined. His first and only elk was a spike and he wanted to try for something bigger this trip. So we continued on. Two small hillsides later I peaked over a knob and there were 60 plus head of elk coming up to the saddle. I looked and could see one branch bull and several spikes in the herd. They were 380 yards and the wind was howling so I quickly decided we needed to get closer. We quickly backed out and got the wind right and snuck through the trees. When I thought we had gone far enough I told Asher we were going to pop out of the trees and as soon as he could get a shot at the branch bull to take it. He nodded that he understood. When we popped out we were closer than I had anticipated and a few of the cows had us pegged. I told Asher to take his shot but the bull had a cow behind him. As we waited he bugled and moved forward. As he cleared the cow Asher shot and hit him good. The herd took off and he tried to follow and Asher hit him again. We lost sight of them and I told Asher we needed to hurry over and see if we could find him. As we crested the hill, we could see him rolling all the way to the bottom. We quickly made our way down to him and were excited to see he was a nice 5 point. A bull on opening morning before 8am. Not bad for the youngsters. 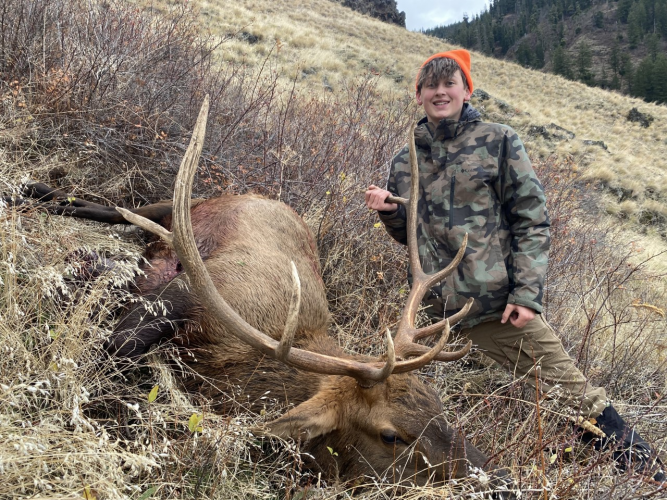 The next day we took Hawk down to retrieve the bull and Asher got to see why horses are such an asset in steep country like this. 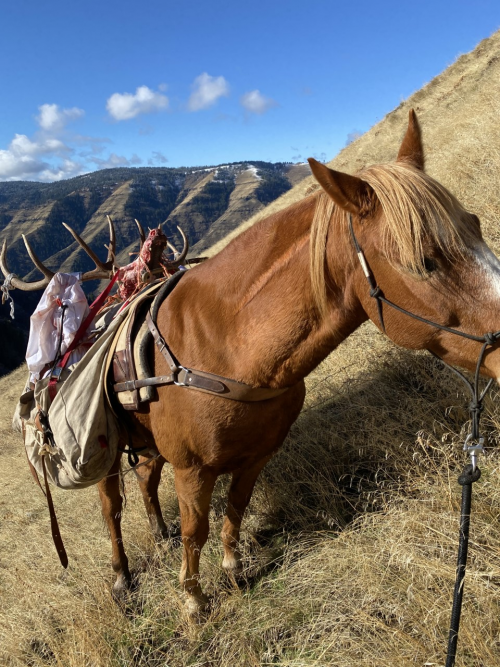 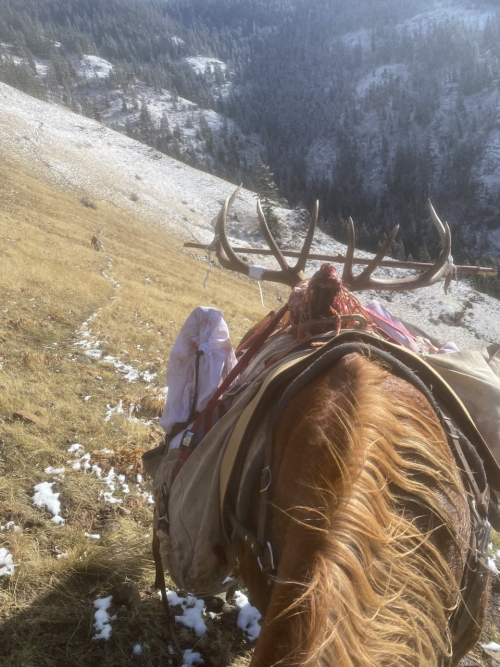 The rest of the week was filled with amazing views and great talks between father and son. I passed up several bulls trying to find a bigger one than Ashers’ but it wasn’t meant to be. On the last day I shot a young bull in order to have meat to share with my hunting buddies who had not been able to get elk on this trip. All in all, it was a fabulous trip with memories made that will hopefully last a lifetime. 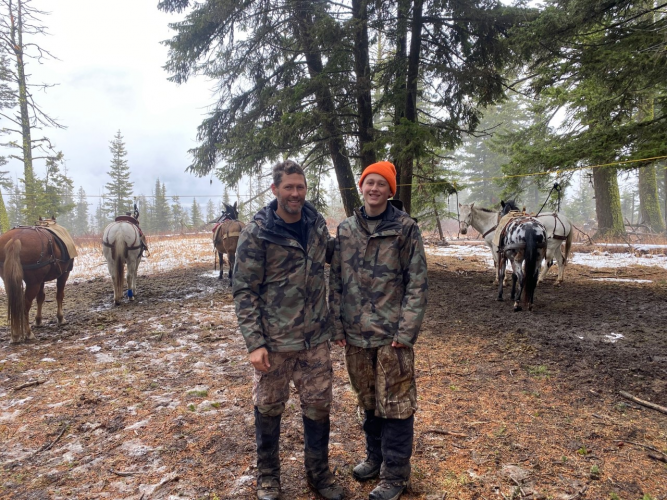 Man that looks like a heck of a trip. Thanks for sharing.
W

That’s what it’s all about. Congrats!
S

Congrats!!! Pack trips are the best.

Congrats on a nice hunt. Lived in Oregon for 26 years, and never got to elk hunt in the eastern part of the state. It is beautiful country.

Well done guys, looks like several have done well in Oregon this year. We need to keep that to ourselve

Great stuff, congrats on the hunt and memories!

Great hunt all the way around, still making memories at 80 as well, gotta love that! Grats to you all

Been wondering how you guys did—congratulations! Having horses in the big canyon would really be something.

That country is so magnificent and humbling. I’ve had it noted in my will that my ashes are to be spread up there in late September, I really enjoy seeing people make the most of it. Well done

Awesome, congrats on the bulls!

Your son will remember that adventure forever. Congrats to all!

NICE BULL.
You must log in or register to reply here.