One summer 15 bulls showed up in my hay field. Not an unusual situation but in this group there were three in the herd that had a five or six point up and a four or five point antler down with knobs on the ends where they were broomed off while feeding. A couple of years later my son killed a nice 6x5 with knobs. Upon skinning out the skull you could see where the pedicel was broken early in life and grew on the skull with the horn hanging down.

I have encountered hunters that have seen a number of bulls in some local areas. I remember reading research in college that said if you could transplant a pedicel to a elk's pelvis, it would grow an antler there every year.

Have many of you seen any of these bulls or killed one?

I have seen quite a few. My son killed a big one a few years back. 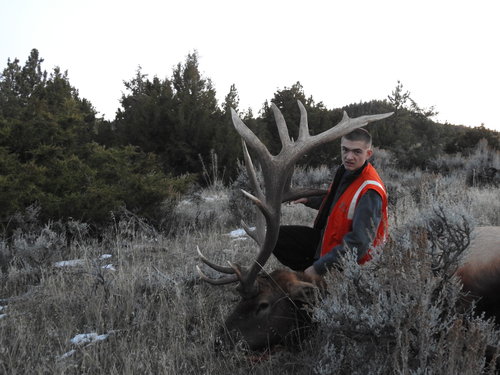 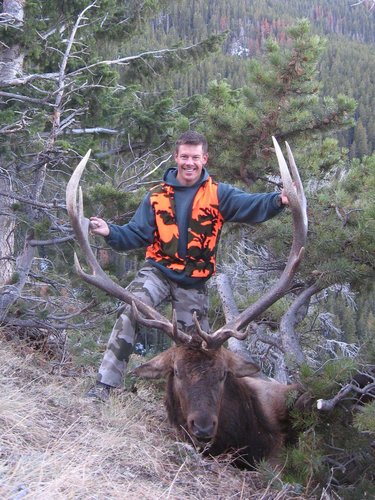 My wife with one of our mounted bulls my father and I pulled out of northwest Montana. My guess was that he injured his testicles at a young age and had testosterone issues resulting in weird growth. Or a fractured skull plate at an early age that caused weird growth. Either way it is the most unique bull we have ever seen and were lucky enough to harvest it. Any input?

Here's a bull I got several years ago. He was a 5x2 as you can see. It did not appear as if he had injured his antler when it was in velvet. I saw another bull a few years later in the same area that had the same antler configuration which makes me believe this was a genetic trait on this particular animal. 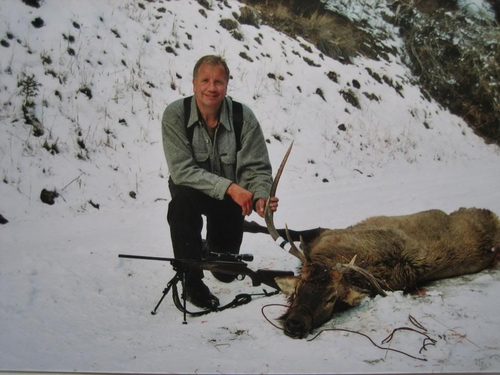 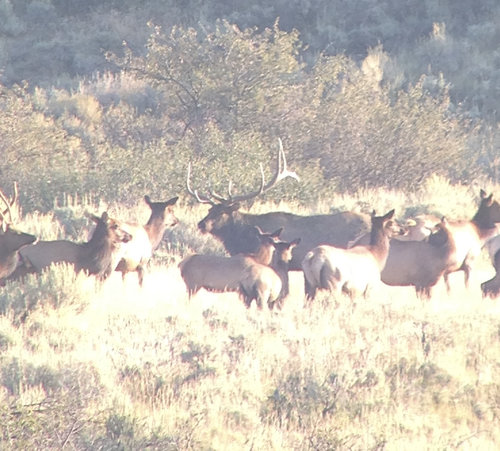 Never did see him during hunting season.
R

Had a close call with this guy a few years back. 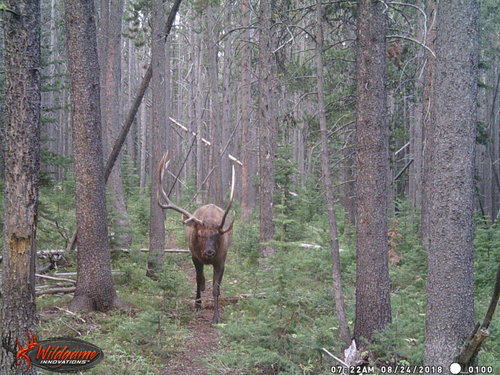 Shot this guy in CO about 12-13 years ago...damn time flies. I have another elk with a broken pedicle and antler growing forward then up, but don't have any good pictures of it. Also shot a whitetail buck with an antler growing down and curling around his face, but pre-camera days and a dog packed it off the day after I shot it.

The broken pedicle and antler growing at 90deg and up is fairly common on elk I think. I'd say maybe 1:100. I think the craziest thing I've seen is a couple different bulls, that broke their skulls across the eye sockets, and it healed back, but was offset about 1/2" higher. An antler buyer I used to work for had them in the decades worth of collectibles pile. 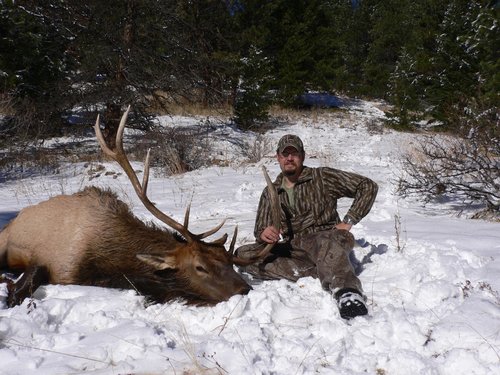 I have shot several bulls missing a pedestal and always wondered if they shed that horn or if it's the first horn they grew. Anybody know?

We initially thought this one was busted on one side. After killed, we realized it wasn’t broke - just deformed. 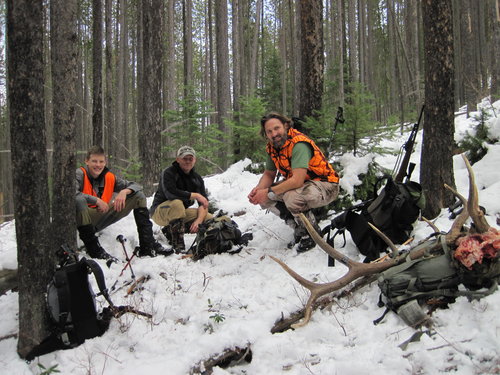 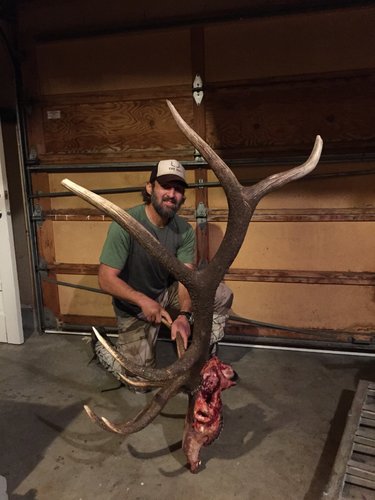 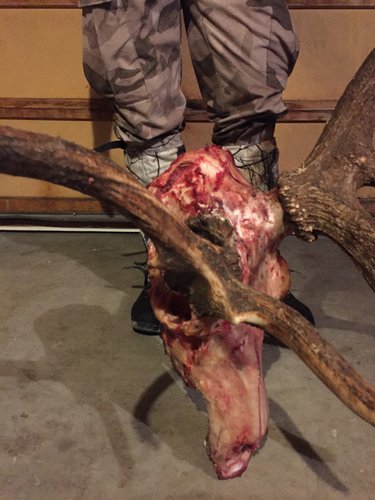 This is the first set of elk sheds I ever found. The eye guard on the weird side is around 15 inches long if I remember right. I can’t recall ever seeing a live one with a deformed base

Got this guy on a trail camera last summer. Only day I got pictures of him. Hopefully he made it through the fall and is in a similar area this fall

This was my first elk & we were hunting south of Ennis, MT quite a few years ago. I was new to the game & it was a brow-tined or better hunt. My hunting partner wasn't near me when I spotted this bull but I was able to call him over to verify he was legal even though something was looking odd through the binos.

Somehow while in velvet he broke his complete right side loose & it was just hanging there in front of his face like in the pic. He was having to feed sideways & had all the tips of the dead antler rubbed flat. I don't think he would have made it through the winter. After we skinned out the head there looked like some bad infection going on in there. I would imagine if he did survive he might have looked like some of these other's here. 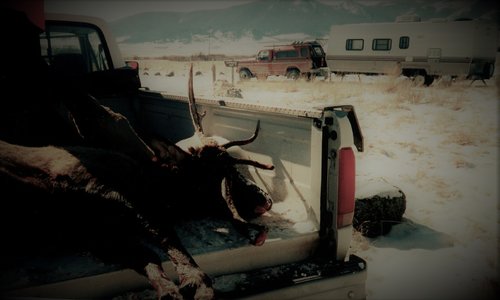 Got this guy with a goofy brow tine last year. Other than him I haven't seen a lot of weird bulls though. 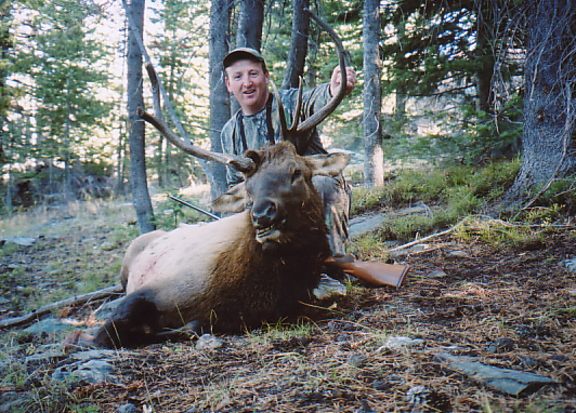 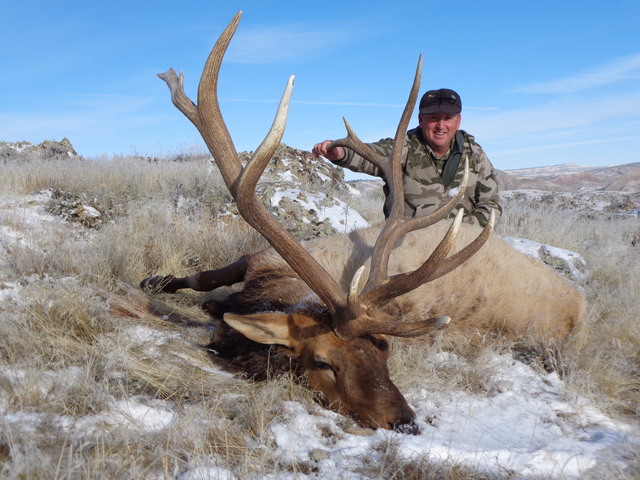 The side with the bent pedicle: 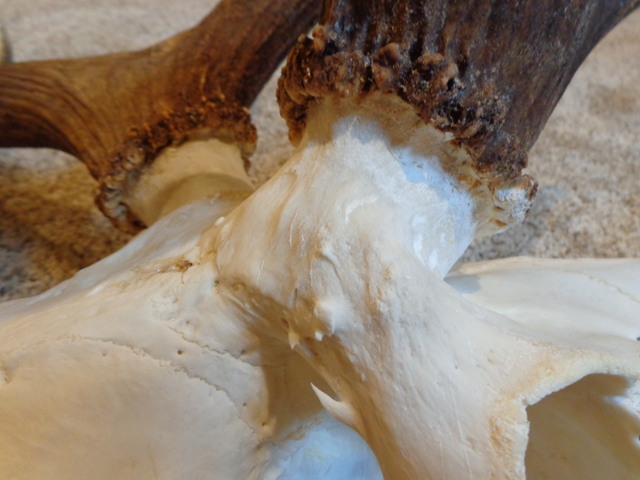 The abnormal side has a lot of mass all along the main beam: 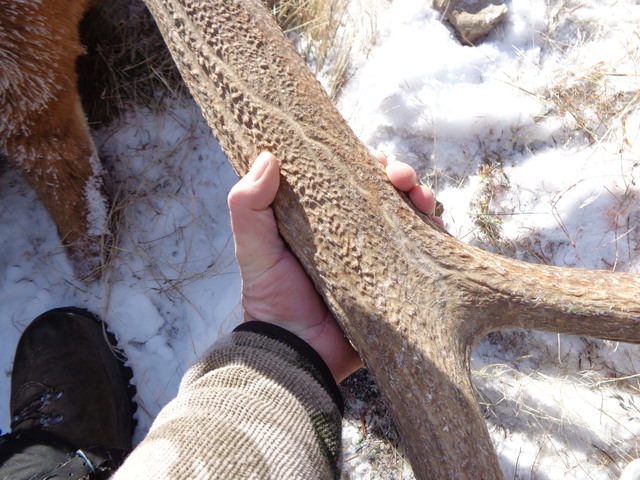 Saw this guy the middle of June.