I really like spring time! Buck fawn I came across fishing for Summer-run Steelhead on the South Fork of the Toutle River last weekend 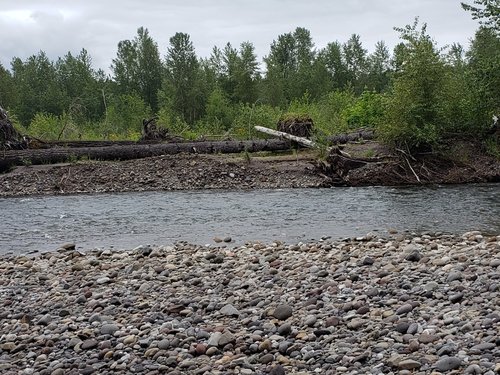 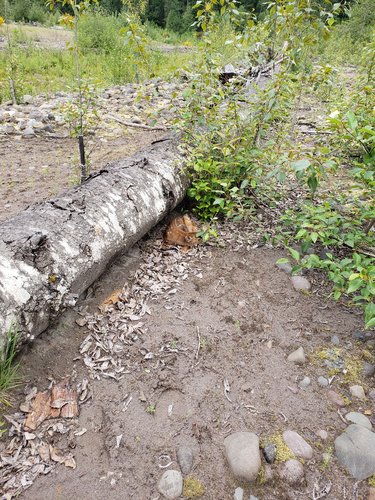 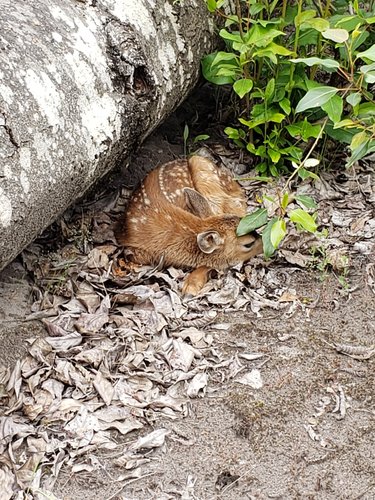 , google earth that one and be surprised!
A very good baby, it did not bat an eyelash. I have seen this behavior out of Blacktail does a lot; they like to post them up on large gravel bars near the river.

2018 wyoming. Long story short I shot the wrong buck. But I'm super happy I got him. He's got 2 inline kickers

Wyomingbackcountry said:
2018 wyoming. Long story short I shot the wrong buck. But I'm super happy I got him. He's got 2 inline kickers
Click to expand...

Mossy-Back said:
I sure wouldn’t complain about a buck like that! What did the “right” buck look like?

Heavy horned 4x4 with deep forks. Longer store. I was sitting on a steep hill glassing when the bigger buck stepped out below me. I had to stand my pack up to rest my gun on it for the shot. As I started to pull the trigger I started to slip down the hill and I ended up sliding down the hill falling backwards as I pulled the trigger and I'm sure I shot over the mountain. The deer started running down hill towards the aspens. I took off after him. I went around a hill to try and spot him. When I cam around the hill there was a buck standing there. I seen horns and took a free hand shot at 150 yards. I got caught up in the moment and thought it was the heavy horned 4x4. Either way I'm still happy with the out come.
Click to expand... 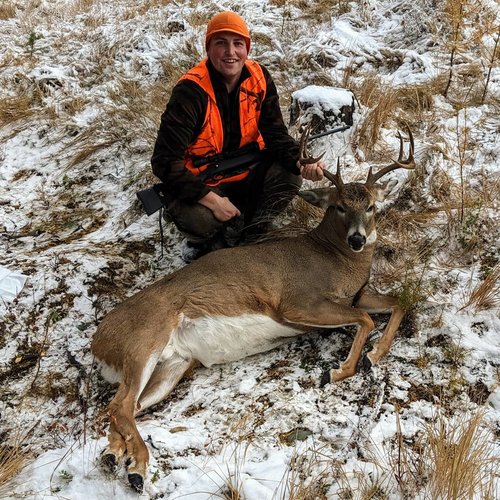 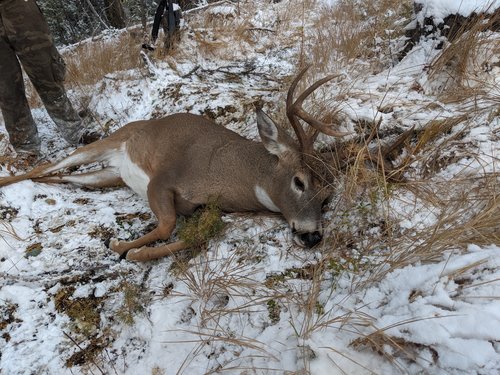 Bambistew said:
Lets see some deer pictures! I know there are some giant bucks hanging in garages, on walls, in the trash can... what ever. Post em up. The MT whitetail rut hunt thread go me reminiscing...

Here's a few bucks to start off.

I hope I can get my first buck this weekend.....
Click to expand...

npaden said:
Oldest buck I've shot. Sent the incisor into the lab and they aged him at 8 1/2 years old. Had pictures of him from the year before and he was quite a bit bigger the year before. 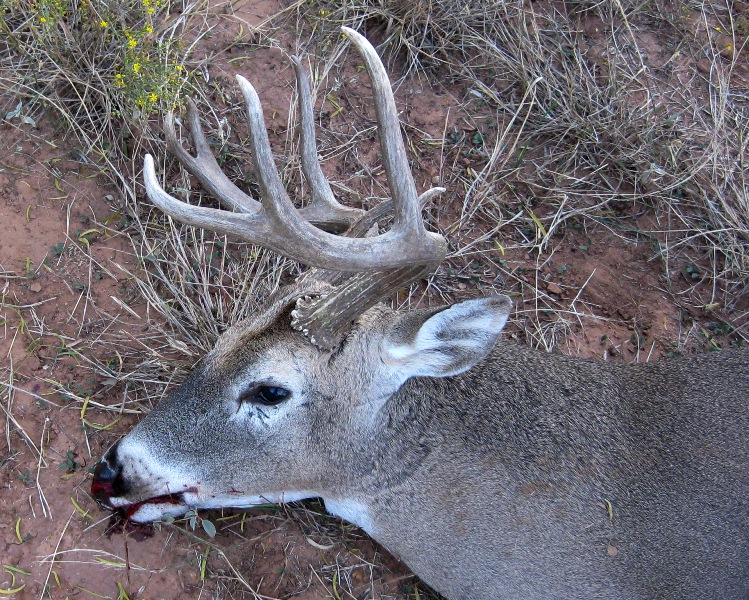 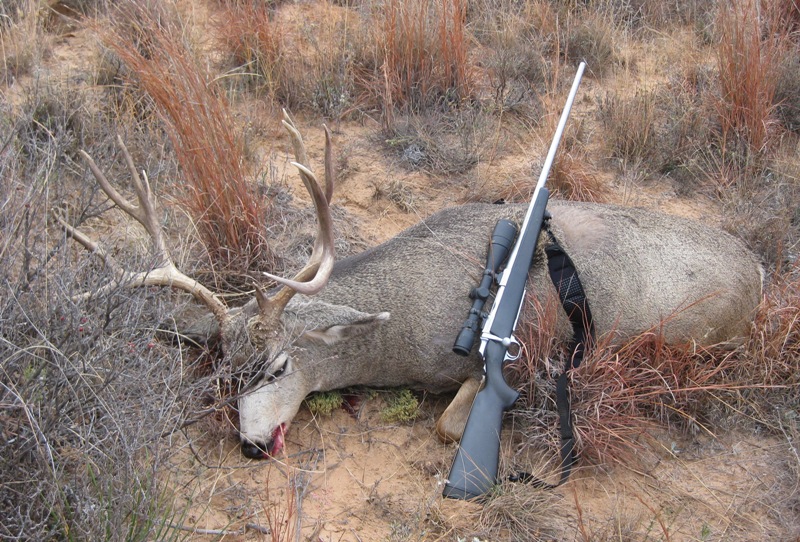 First 2 had pretty poor field photos, but I really like this one I got with my son back at the house. 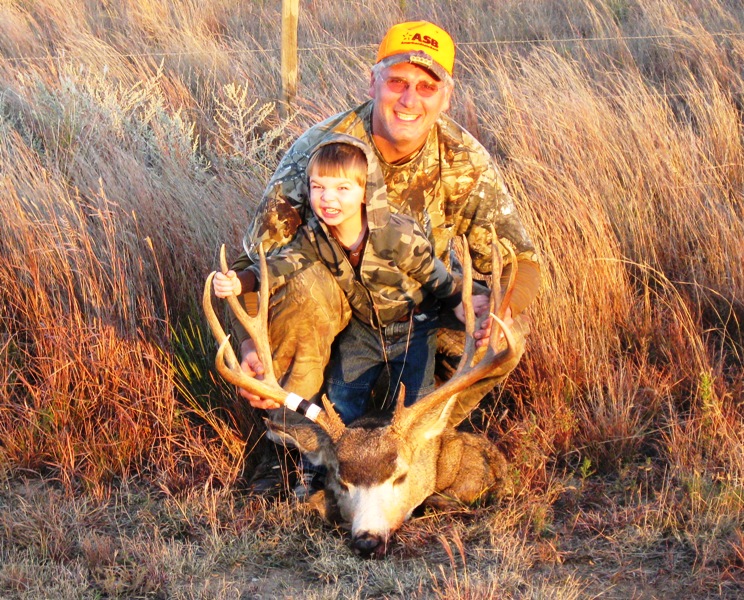 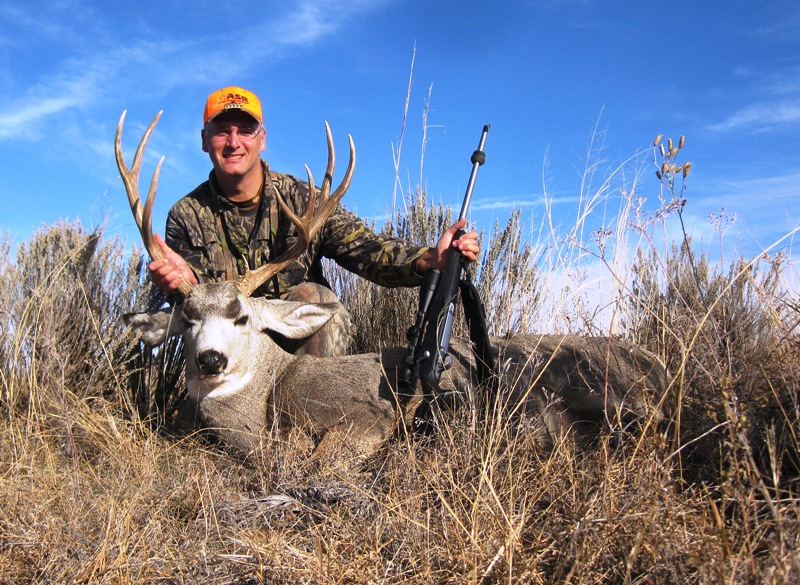 New Mexico 2011. (about 99% sure that was his shed that I found earlier that morning) 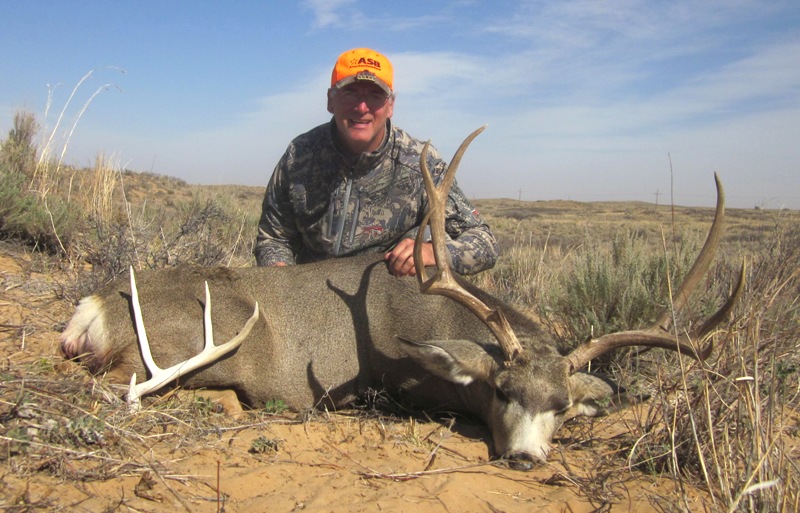 Man, I love his left side!
F

Went to buddies dad's funeral this weekend. I only hunted out west with them two times but they got some whoppers. 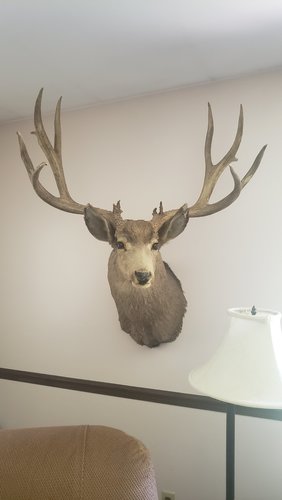 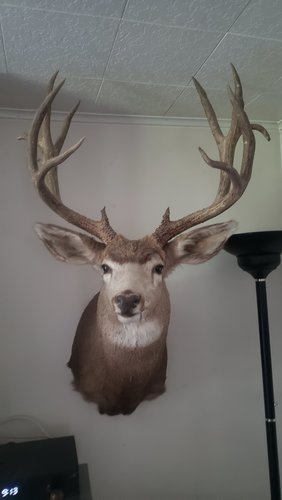