I have a Desert Bighorn hunt in a month and was planning on taking a Cooper 92 that I bought off HT Classifieds a few years ago. It wears Talley UL Rings and a Swarovski Z5 and was grouping averages of .485" with 180gr Nosler Accubonds.

A few weeks ago it started spraying bullets everywhere... 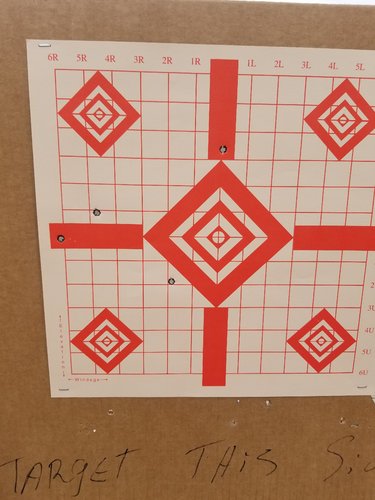 I noticed the parallax adjustment was stiff and could feel "gears" while turning the knob and figured something had broken inside the scope. I called Swaro and they told me it would take until August 27th, best case, to get it back to me. This is a concern since I leave for my hunt the second week of September. The Swaro Rep had me remove the scope, and voila! the parallax was free again. I know the rings were properly torqued but she said the front ring could have been pinching the parallax internals. Instead of sending it in immediately, I decided to try remounting the scope and shooting it again.

Today, it shot the first three groups around an inch at 300 yards (circled on target) so I thought I had it fixed. I then spun the parallax knob both ways and put it back to 300 yards and shot again. It opened up the group to a terrible horizontal string (ignore the "bullseye" as that was the fouling shot and was pure luck)... 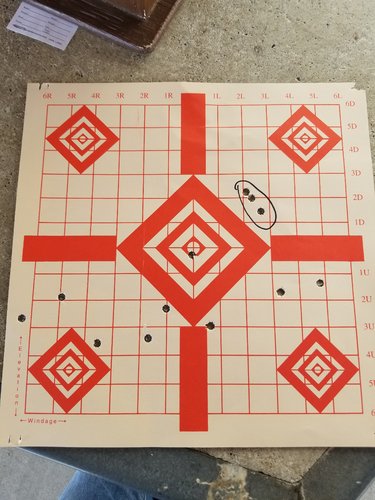 Now I was pretty convinced the scope was bad and went to Sportsman's Warehouse to look at buying a new scope. We took the scope off again and the parallax loosened right up.

Now we were stumped, but I really don't want to spend $1200 on a new scope if that's not the issue, so we decided to replace the Talley UL Rings with some Warne rings. After removing the scope, we used a lap bar and found the rear Talley ring was crooked. It forced the scope to pinch to the right side of the front ring, but when we rotated the ring around, it forced the scope to pinch the left side of the front ring. We hypothesized that this was crimping the scope tube just enough to seize the internals.

I found a post on the Nosler forum of somebody else having the same problem and Swaro told them not to use Talley rings so it may be somewhat of a known issue.

We put some new rings on it and the parallax knob feels loose for now. I'll shoot it tomorrow. Wish me luck!

PS. If you have a Swarovski scope, you may want to consider rings other than Talley UL

Here's some scouting pics for fun, too 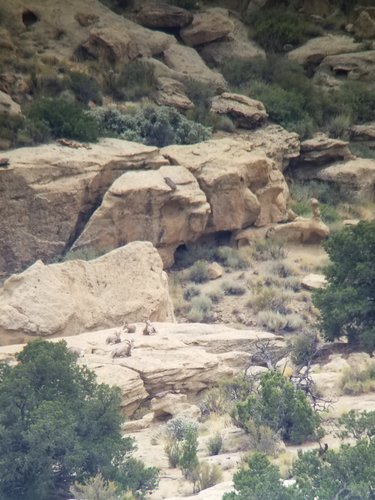 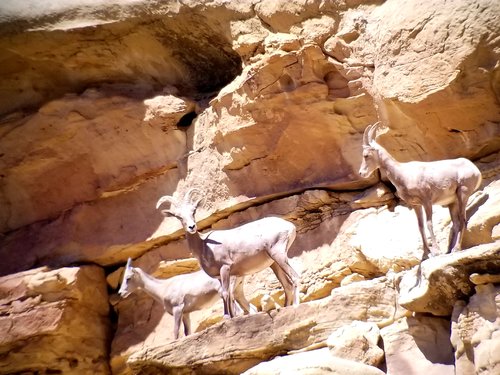 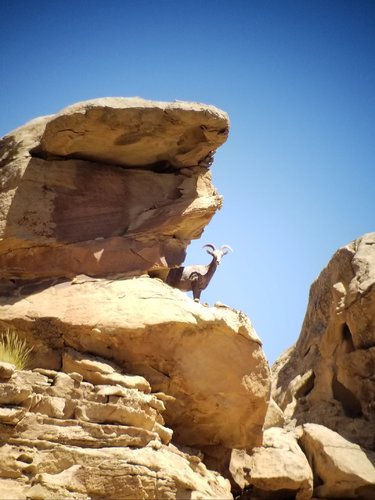 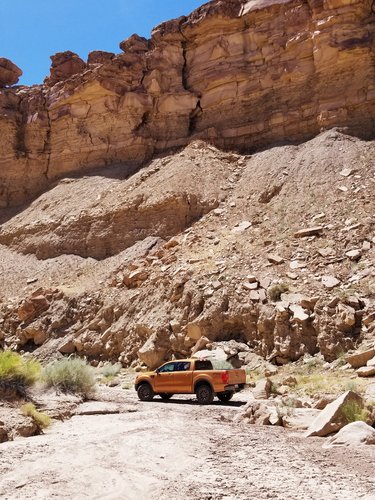 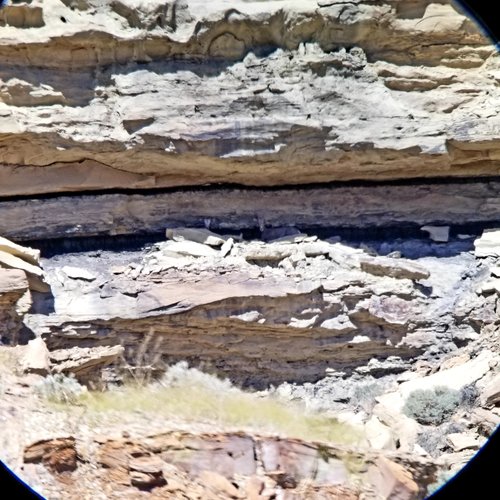 I have Warne rings for a Swaro Z3 4-12 BT that I purchased last year. I was going to put it on my Zastava Mauser M70 (in 7mm-08) but decided to get another Swaro Z3 3-10 for that rifle. I’ll probably still use the Warne rings I purchased on the Mauser with the yet to be purchased Z3 but I’m saving the Swaro 4-12 for the Bergara Premier Highlander 280AI I plan to pick up once they’re available because I think it’ll be a better match for that rifle.

It’s good to know that some are having issues with Talley UL rings. Thanks for sharing.

I've had similar trouble, albeit with much more "bargain priced" gear, that was fixed by new rings. Hopefully that's your problem. Good luck on the hunt!

BTW, how are you liking the Ranger?

Would lapping have fixed the ring? I know Talley recommends not lapping but I think I’ve heard of more issues with the Z3 and Z5 than I have the Lightweight rings.

There's no way I would chance a hunt of that caliber with known defective gear. Spend the money and put a new scope on it and spend some time to get confidence in it. The last thing you need is that little bird in the back of your head giving you doubts when the time counts or even worse a scope failure on the hunt. Send the other one off and have it fixed, sell it to make some of your money back or put it on another gun either way replace it

Schaaf said:
Would lapping have fixed the ring? I know Talley recommends not lapping but I think I’ve heard of more issues with the Z3 and Z5 than I have the Lightweight rings.
Click to expand...

Agree. I would be very concerned that my scope was so negatively affected by the modest torque spec on Talley's, even if they are a little out of square. There are lots of scopes well under $1200 with a strong reputation for holding zero. All the SWFA's, LRHS an LRTS, NF SHV, some Leupold's, etc.

So the rifle shot sub .5 moa for multiple years, then all of a sudden started spraying shots all over the target, without you making any changes? That doesn't make sense to me. I don't think I could go on a hunt of that caliber with that scope without having it taken apart. Send it in, buy a Leupold for the hunt, then sell it here on the classifieds when you get your swaro back from warranty, you'll get most of your money back, and be able to go on your hunt with confidence.
C

I agree. Lapping the rings probably would’ve cleaned things up. I lap all Talley Lightweight rings. It normally doesn’t take much at all the get them to full contact.
Do you have another scope you could swap onto the rifle? Seems like it’s a good shooter and you have confidence in the rifle.
D

I guess it's true. You get what you pay for!
B

I’d send it to Swaro. If they’re running late, ask for a backup scope. Worst case, I’m guessing you have a backup rifle (who doesn’t?).

I have a Bighorn Tag this year and my rifle is way down on my priority items list. I’ll eventually shoot it to make sure it’s same/same. If not, I’ll take the faithful backup rifle.

Some of my prospects ts from scouting:

Man after a scope did that to my target I'd have to shoot it or it's replacement from Swaro A LOT to feel good about it.

Well, you're using level of quality I never have, besides the Talleys that is. I've used Talleys a lot and never had a problem like that, myself. But like someone else said, if the rings were torquing the scope enough to produce those results, I'd be very concerned about permanent damage to it. Might want to get that checked out, or maybe start considering a plan B.

Good luck, griz. I could feel my own stress going up just reading your post.

Just switched a Cooper 300 Win Mag 52 to a 1" Z3 4x12 (no parallax) with no issues whatsoever. Used Talley Ultra Lights and checked with pointers. Tracked and stayed put...did not lap.

It shot great for two years and then kicked the can. My guess is there had been pressure on that tube the whole time and finally one of the recoils put a kink in it. You guys give expensive advice, BUT YOU'RE RIGHT! 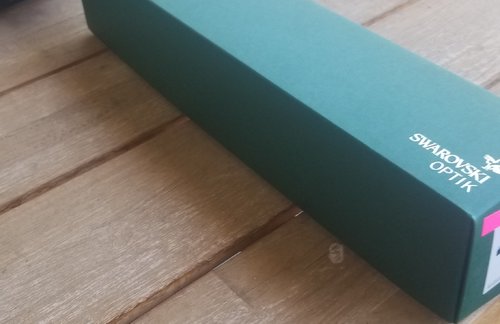 I'll go shoot the new scope and mounting system today and hope we're all good. The old scope will go on a 7mm I have when it gets back from Swaro.

I think that’s a good call, good luck on your hunt!
M

Stuff like that gets in your head. Hope you sorted it out. Dual dovetails on a RUM since 2000. Bulletproof. mtmuley

dude, you have a sheep hunt coming up in less than a month. Get that thing figured out pronto.
Seriously. If not, I will ship you a rifle/scope that shoots. Your rifle/scope should be the last thing you are worrying about on a hunt of that caliber.
M

I see a hear talk of tally rings alot.
This is the first I have heard of a problem.
But, for my money, regular old Leupold standard dovetail bases and rings have never failed on any rifle I have. The .338 wm and .300 wm are what I have had them on the longest with no trouble.
They are really affordable compared to some others too.
Since they are not exactly as in style as before , they are cheaper now than in years past, and I think they look great on all bolt guns they are made for.
Proper installation is easier for some than others though.

I've got a 7mm that will shoot quarter-sized groups at 300 yards (and hand-sized groups at 1 mile)... but it is set-up for target shooting and weighs about 12 pounds so I would rather not carry it on a sheep hunt if I don't have to.

I only fired 11 rounds today but she seemed to be shooting well and I got her on paper, and then within 1.5" of PofA at 300 yards, before I had to leave for a meeting. I started to get some vertical stringing as the barrel heated up but that is not unexpected. I'll give her a good cleaning tonight and hit it again tomorrow.

You guys are great, thanks for all the advice!